A Letter to Embla and Olympia, Six Months Old

This is just a little letter about you recently. I wrote you a letter when you were born and when you turned one week old, and of course I’ve written updates along the way, but I wanted to pull everything together into one soppy letter about who you are, and what you mean to me. 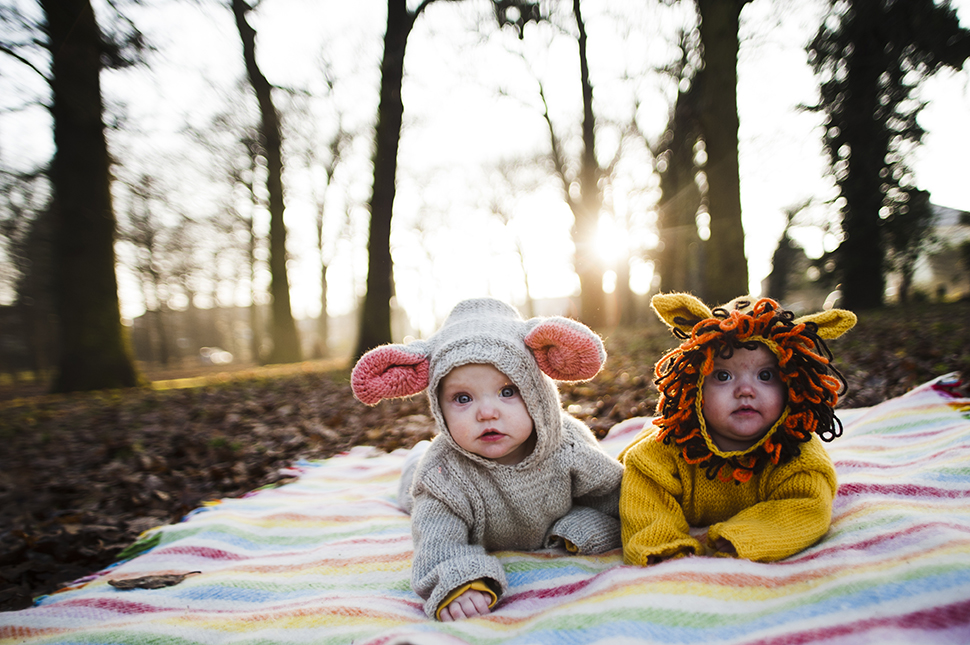 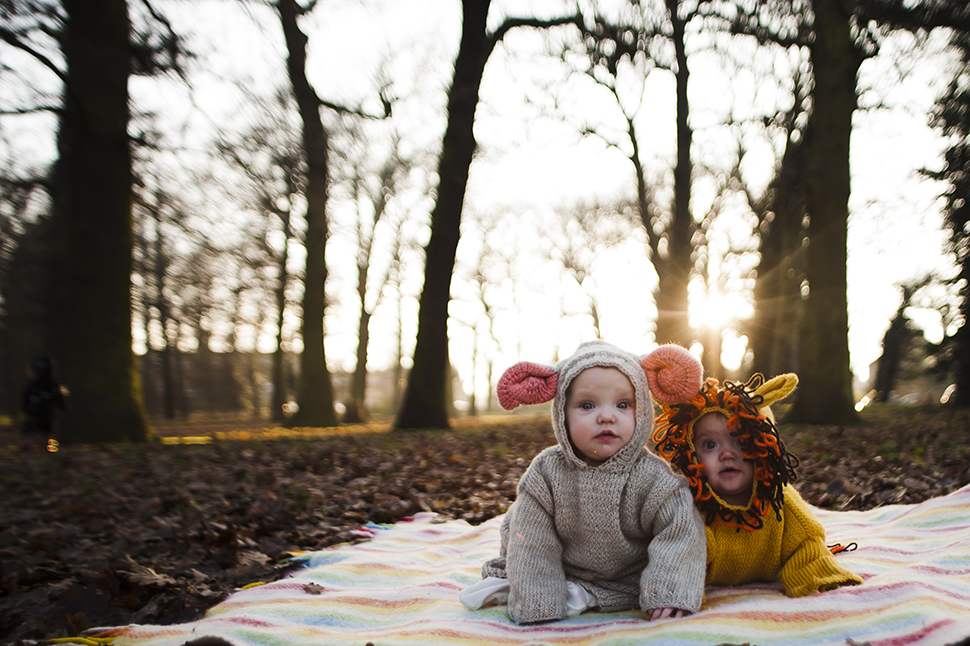 I’m afraid that I’m in the habit of thinking of the two of you collectively, that in my mind children come in pairs, so I hope that you don’t mind that I don’t think of you as my third-and-fourth-borns but my second-borns, in that your brothers were born first in one single birth and then you followed, nearly two years later, the second birth. My second-borns. And I’ve been thinking a lot recently about parenthood for the second time, about how different it is, about how different I am. I think that if I were ever to write a parenting book, the thing that I would want anxious new parents and parents-to-be to take away is this: that the first time around doesn’t have to be perfect, because then you have the second. Motherhood the second time around has been a dream. It’s not that I love you any more than I love your wild-haired, big-hearted brothers, it’s just that this time round, I love myself more. It has been easier. Some of it has been you (thank you for being such easy babies, thank you), a lot of it has been me: that I let go of so many expectations, that I let myself embrace imperfection in a way that I hadn’t with my first babies’ babyhood. Amongst the exhaustion and the anguish that comes with raising baby twins, with working a full-time job, with loving this fiercely, there has been a peculiar kind of bliss. You have made me so happy.

So, six months old. What to say about you? In birth order: 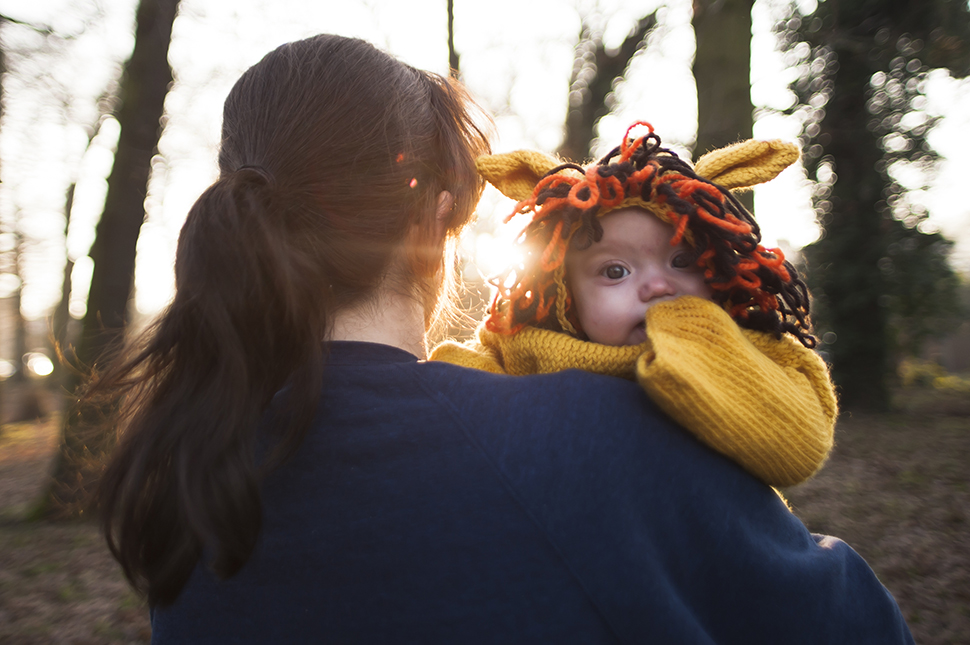 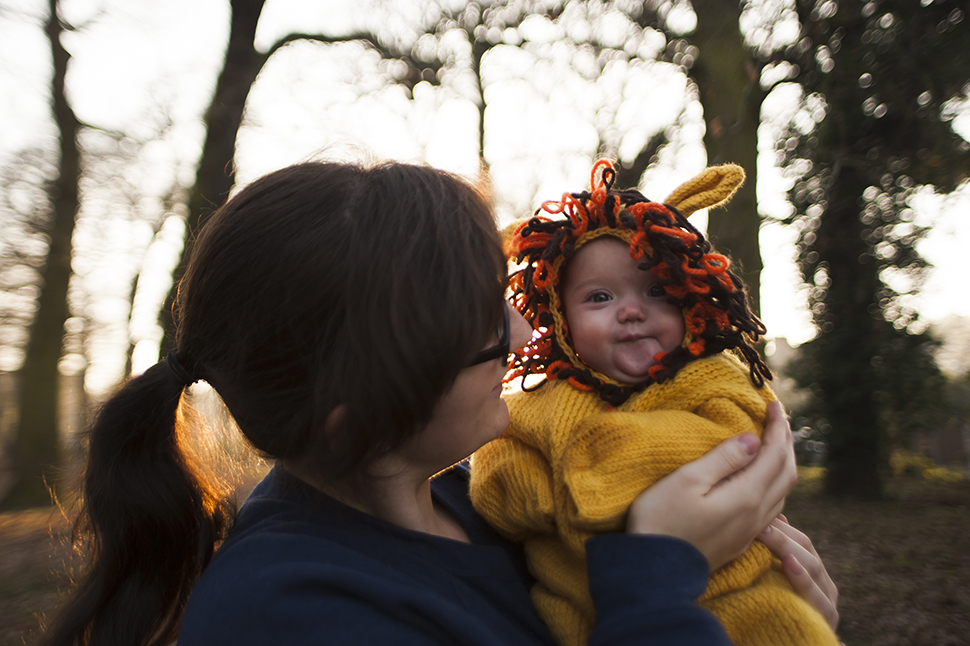 Embla Felicity Minerva. You were named for the first woman in Norse mythology, for good fortune and joy and for wisdom. ‘Embla’ has been a favourite name of mine for so long, little one, and I never thought that your mama would give it to me until she did, days after you were born, when she looked at your fluffy little head and your ears, tufted like a squirrel’s, and the way that you gazed into her eyes like a hypnotist, and she agreed that you looked like an Emmy, like an Em. And then you gained two pounds in rapid succession, caught up with your sister in size, snorted and snuffled as you ate and dribbled milk into the new folds of your neck and you acquired a new nickname, didn’t you, Pig? Oh, Piggy Wigglesworth, I am sorry. I think that the nickname might have dropped if you didn’t grin so wildly when we coo it at you, if you didn’t giggle when Kirsty calls you ‘Wiggles’, if the boys hadn’t picked it up and didn’t, too, call you Pig.

You are so cheerful, so friendly and inquisitive, rarely crying, expressing your displeasure by blowing angry raspberries from the comfort of your mummy’s arms. You are thinking about crawling, it frustrates you that you can’t yet move your limbs in a way that will get you to your toys – especially when you accidentally push them out of arm’s reach. In your ideal world you would be a baby marmoset, you would live on your mummy and stroke her fleecey tops and pay with her yarn as she worked, and you would never be put down – but you are such a good baby, such a sweetheart, you make it so easy to have a baby daughter and a busy family as well. You and she have a special bond, you always have, and it never fails to make me smile when I take you into my arms and you goggle at me, your flirt and you play until, quite suddenly, you decide that you have had enough and you launch yourself very physically in the direction of your mummy. Oh, you funny little girl. 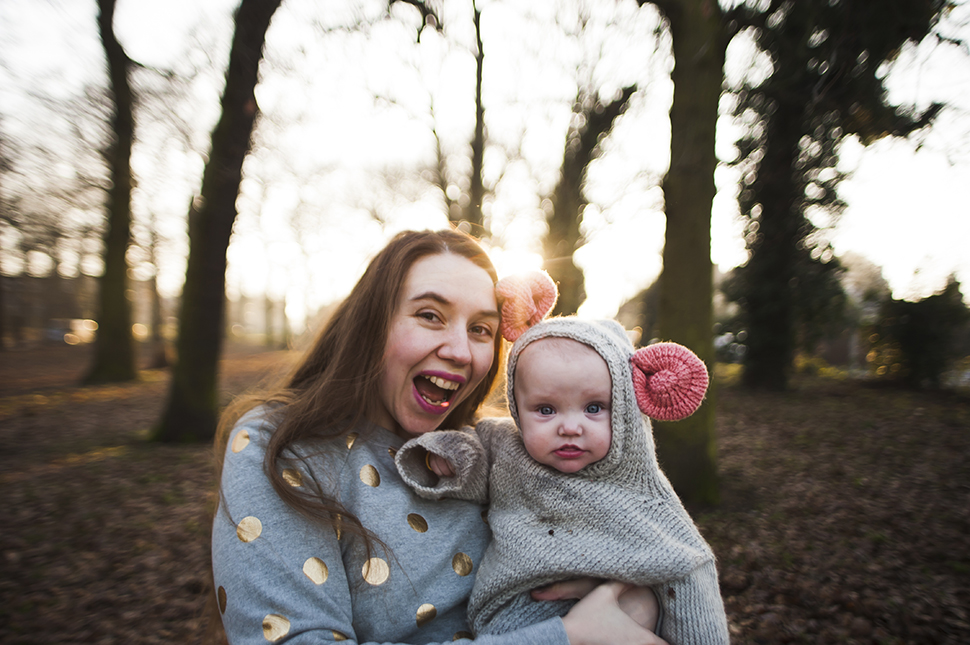 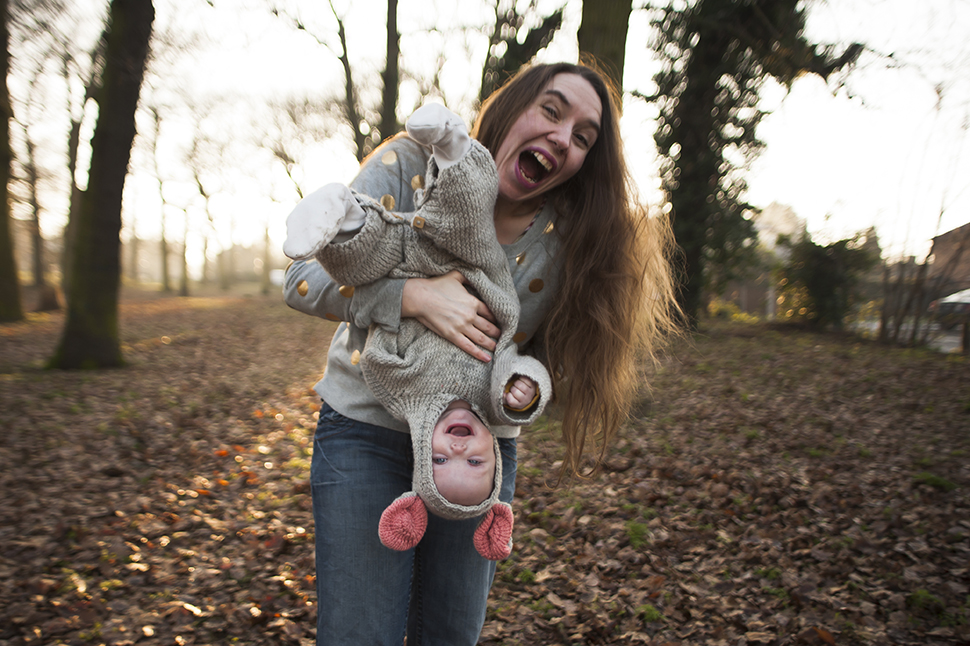 Olympia Leto Beatrix. I still feel a little giddy whenever I write down your full name, I love it so much. You were named for my first love, for horses, for the excitement and anticipation of sitting in the stadium to watch my favourite horse show. You were named for a woman who endured a difficult twin birth, whose daughter helped deliver her son, about whom I thought often when preparing for your birth. You were named for my grandmother, whom I adore and whom you resemble more than we knew when you were born, still a stranger to me. And you were named to be a ‘Polly’. My little Polly.

You are the loudest and fiercest of all of my children. You are uncompromising. It amazes me that such a tiny human can know her own mind so clearly, can show such determination. You wanted the breast and not a bottle, you wanted to sleep down and not in the wrap, you wanted, you wanted, you wanted. You want me. The way that you light up when you see me, the way feed to sleep in my arms, has given me a confidence in my mothering role that I lacked with the boys.

And oh, you make me laugh. You are such a person in that little body. The way that you celebrated turning five months old by hurtling across our living room and flinging yourself, face-first, into your brother’s pizza – the look of horror on his face! And how they shriek when you latch on to them, “No no bite, baby!”, as though you have teeth, the looks on their faces when you steal their toys clean away. And already you have started to pull up on things, to think about standing on two feet like the boys. You, the youngest, you are formidible, you are a force with which to be reckoned. And your smile, your laughter? It brightens up the room.

My girls, I remember a day when you were very small and I cradled you as strangers, barely reconciling the babies you were with the movements you had been inside of me, and I couldn’t even imagine who you would be at three months, at six months, in a year. And then I fell in love with you. I remember holding you so fiercely on the morning that I returned to work, that stepping out of the front door without you felt like a physical blow, that I felt dazed for weeks. I remember sitting on the Underground with my eyes squeezed shut and the tears just seeping out beneath my eyelids and the gaping disconnect between my pragmatic mind and my aching heart and the milk leaking through my dress.

I remember holding you on my lap, eight weeks old and keen to sit up like big girls, and marvelling that you had changed so much in the five short days since I had properly appreciated you – and then remembering that those days represented an eighth of your life and I had just missed it, and vowing to drink you in more greedily in the time that I was home, to commit you to memory, to fill myself with you so that your growth would never come as a surprise again. But it always did. And it always will.

And the milestones hurt me every time, as much as they fill me with pride. My smiling babies, my laughing babies, my babies who can sit, who are thinking of crawling, who are suddenly, inexplicably, on the other side of the room. Six months. How my life has changed. If I could have a wish, I would wish that each stage had lasted longer, that I had enjoyed more of you, that I could have your first day in this world back to appreciate you as my babies rather than as strangers. But those babies are gone. Time has flown. And if I might make a vow for the next six months of your life it will be the same: I will be greedy with you, I will touch you often, revel in your smiles and your laughter and your games. I will document you, I will immortalise you, I will commit you to photography and film and to memory so that the weight of you in my arms will never leave me, so that your baby laughter will never stop ringing in my ears, so that always, always, I will know how it felt to feel your breathing soften and deepen against my chest in the darkness of the night, to wake up to you leering and cackling in my face, to feel bereft whenever my arms are empty of you.

But it doesn’t work like that, does it, my darlings? You will grow, and we will sing to you and blow out candles, and then the babies I know now will be gone.

I love you. Exactly as you are now, and as you will be. I love you.

Thank you for the very best six months. 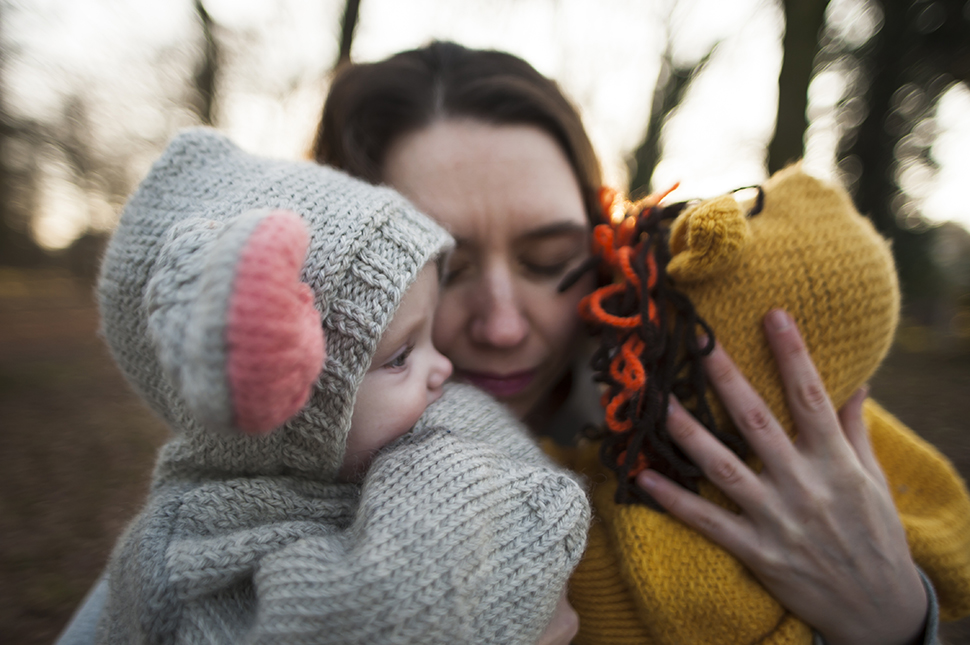 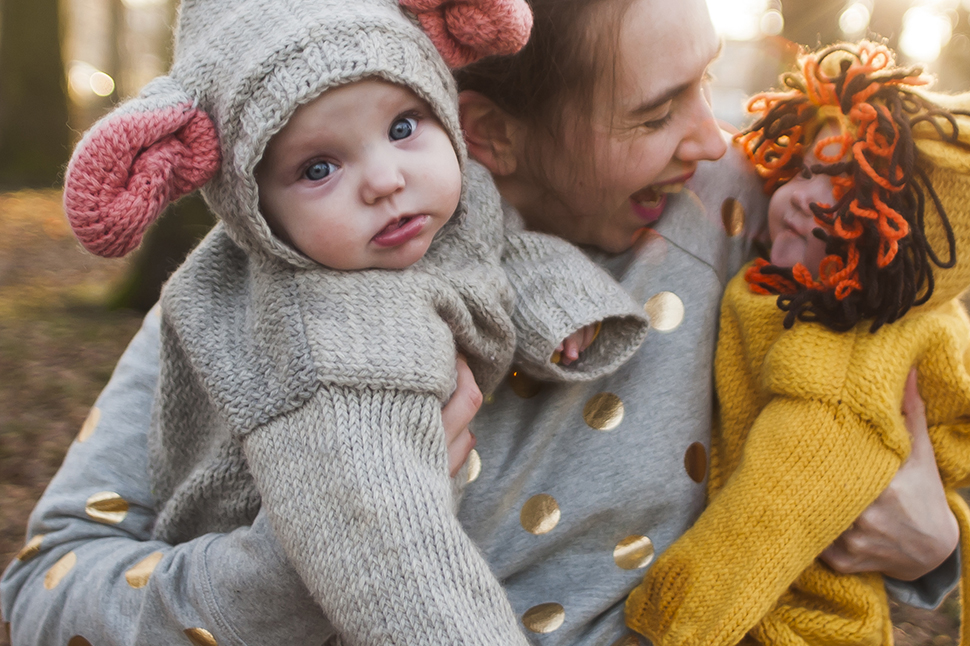 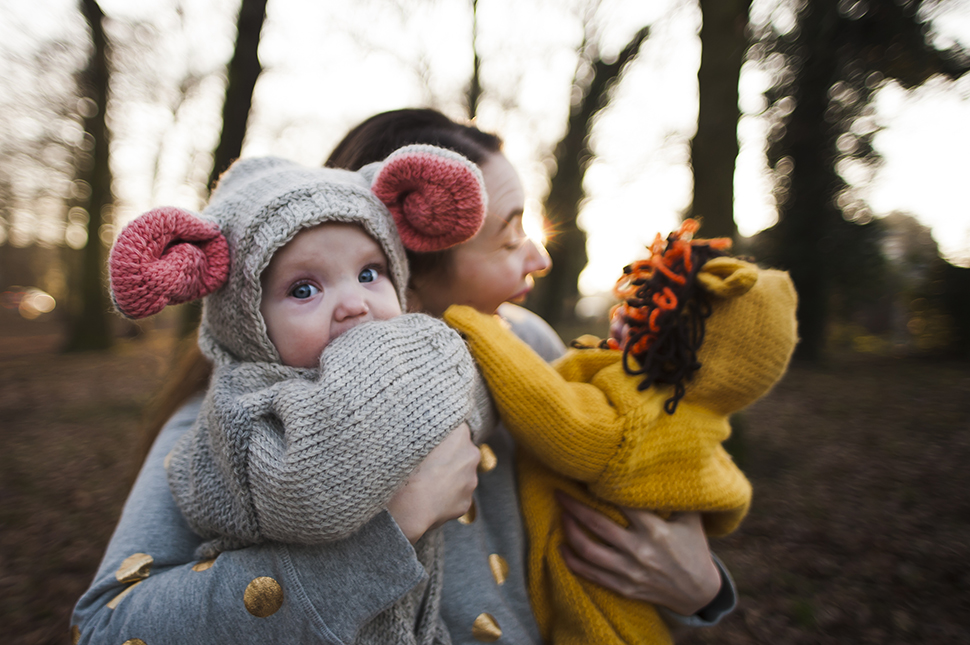 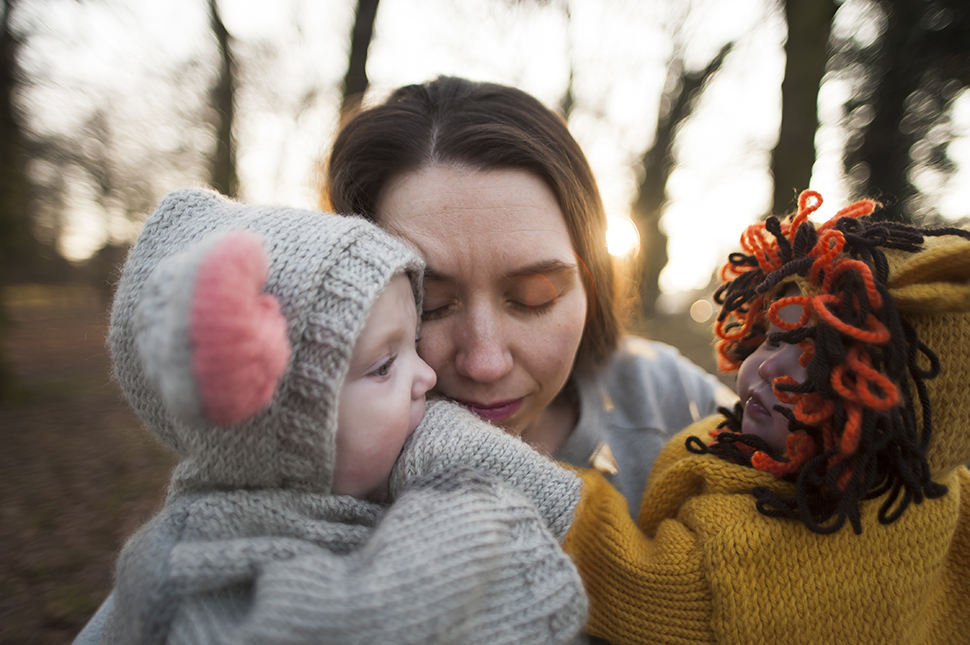 A Day in the Life with Antonina Mamzenko