Home IVF The Siblings of my Children
IVFSame-Sex Parenting

The Siblings of my Children

I remember choosing donor sperm as though it were yesterday. As with so many occasions in my life, I spent so long agonising over the many choices that before I knew it the deadline was upon me, and selecting the donor in question was a matter of a hasty scroll through an online catalogue during a work lunch break, a brief conversation with my partner to confirm that she was happy enough with my choice (“This one looks good – he likes dogs..?”) and then a purchase, filling in my credit card details as though it were a dress or a pair of shoes that I expected to be delivered to the clinic and not the other half of my children’s genetic background.

And I remember when the boys were small, scrutising their tiny features for resemblance with the man whose genetics they shared, as though their bodies were territory to be divided between ‘mine’ and ‘his’. Until at some point, without realising, they simply became Balthazar and Lysander and entirely their own. 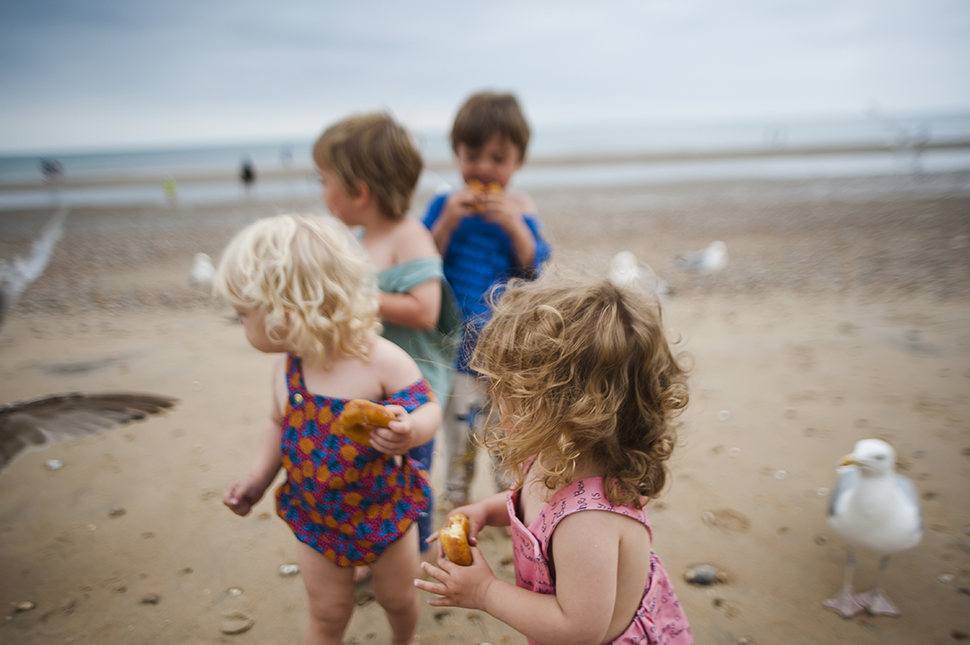 Over the years, I’ve found myself thinking of him: when the girls took their first breaths in the world and I wondered whether he could feel it, whether he knew, when strangers wondered aloud where Olympia’s nordic blonde looks came from, when Lysander explained precisely how an excavator worked, his strange blue eyes unblinking as he stared into my quite ordinary hazel. I have felt such an atlantis of gratitude at times that it has, for a few moments, drowned my words completely, and such sadness that he misses out on them though I don’t know him and I don’t know if he likes children or even would like my children – only that they are so special and he mattered in their creation, and he doesn’t even know.

But I didn’t think about siblings, except in the context of my own sweet boys and little girls, my tiny tribe of four-and-one-on-the-way who play like a unit, who play as though everyone they might ever need in the world is right there.

Last week whilst browsing facebook, I came across a group for donor-conceived children like mine. From there I found another group where a woman was looking for donor siblings to her little girl, and her daughter’s donor shared the same name as mine. A little girl with those strange blue eyes.

Oh, but nobody tells you how to feel about a child who isn’t your own but who looks like your boy. She took my breath away. All day long I clicked on and off of her picture as I waited for her mother to message me back, marvelling that my babies had a genetic sister, a little girl who is a little older than they are.

It turned out that they have two genetic half-sisters, and a genetic half-brother. These ‘diblings’, as donor siblings are called in these circles (I’m told) are scattered about the world, from as close as London to as far as Australia. They are all beautiful. In each of them, I see similarities to my own children. And in each of them I see their mothers, strong women with fascinating stories whom I am enjoying getting to know. It’s funny, the many unexpected ways in which making a family brings people into your lives. I’m trying to be mindful that as little as I find my children to be the product of our donor, likewise with their children. They are their mothers’ children, children of their families, they are their own people. But it is hard not to look for the donor in the resemblances between my children and theirs, to scrutinise each photo for clues as to that mysterious other side of where they came from.

We think of ourselves as such an ordinary parents, it takes me aback when we suddenly find ourselves navigating uncommon territories such as these. Diblings. It’s raised questions that I never thought I’d need to consider: do we share our children’s medical information with the parents of these children, in case it’s relevant to them too? Should we meet them? If we meet them, should we tell the children whom they are and if so, how do we explain their relevance in a way that our small children will understand?

I want to be mindful too of Kirsty, who does not have a biological link to our children but loves them so fiercely, with such a wild, animalistic mother-love, that there could be no doubt in anybody’s minds that she is their mama too. Still, I am afraid that to assign importance to their genetic link to these children might somehow detract from the importance of that emotional bond, to place too much weight on the nature aspect of what my children share with these diblings might sway value from the nurture aspect of what she has done for them, the many ways in which they are so clearly, so obviously her children; the way that they smile like she does, because that is the smile that they see most, how their express themselves with such emotional fluency that they might not be mine at all, because the love of my life isn’t choked when she tries to talk about feelings in the way that I, their biological mother, feel the weight of emotion crush my vocal cords sometimes when I try to speak. I jumped into contact with the mothers of these children on an impulse, without considering how Kirsty may feel about it, and though she has been encouraging and supportive, I do not want to rush into anything that may cause her pain or harm.  I want to slow down and to remember to breathe, to embrace these strangers as something special and relevant in such a way as makes space for them without squashing the specialness or the relevance of any of us.

This is what is keeping me up at night, aside from the squeezed bladder, restless legs and insomnia of late pregnancy.  What these children mean for us, and what the future may hold.  But I am glad to know these children.  There is something magical in finding a hidden facet of my own children, like uncovering a treasure in your own back garden.  And I hope that if we take it slowly, all of the answers will become clear in time.

On Meeting my Children’s Half-Sister

Oh What a November!

My wife and I love your blog! We recently started our own and would love it if you’d check it out. ????.