Home Twins I Have this Little Sister
Twins

I Have this Little Sister

I have a little sister called Paige, who was the most gullible of children you might ever hope to meet. She’s wised up considerably over the course of the last few years and now twenty-five, she is a perfectly functioning adult with a job and a lovely boyfriend whom whom she might soon be buying a house, but my goodness – when she was small, she would believe anything. And as I was two years her senior, I frequently took advantage.

Like the time she sat her GCSE English Literature exam believing that George and Lenny were a pair of fieldmice. To be fair, she should probably have made an effort to read the book. I mean, what did she think it was, Disney?! She failed that exam.

Or the time that, as a teenager, she told my mother that she couldn’t tell her what to do because she was not her real mother. It transpired that about eight years previously, I had told her that our parents had adopted her as a great act of altruism after poor Cousin Sarah found herself unexpectedly knocked up. And she had believed it. I had forgotten all about this conversation by the time that the truth came out and was horrified that she had believed such a horrible thing for so many years. She does look an awful lot like Cousin Sarah, though… 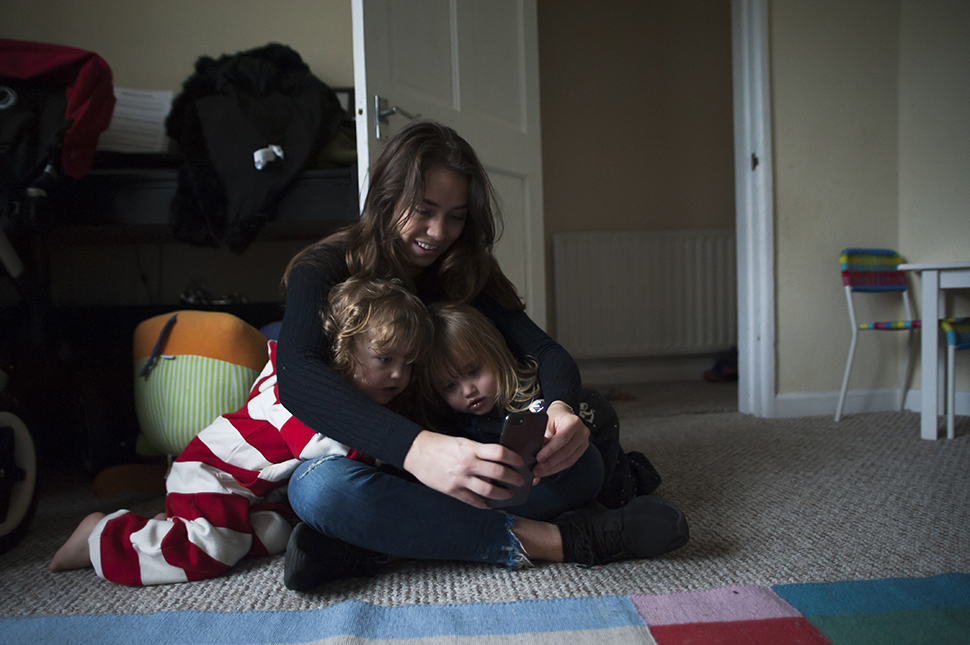 It wasn’t just me either. My absolute favourite Paige story was the time that, again during her GCSE year, she came home outraged because her Head of Science had poked fun at her. She had asked very earnestly how scientists knew the dinosaurs’ names, and just as earnestly, Mr Martin told her about the Day that Made Scientific History, when the scientists discovered the tape recording of the dinosaurs talking to each other in the forest.

“How are you, Brontosaurus?”
“Feeling a bit extinct today, Diplodocus. Bit worried about our dwindling numbers and – ooh, hello Pterodactyl! How are you?”

She believed every word until she noticed the shaking hysteria of her peers.

(She didn’t pass that exam either.)

Still, she had the last laugh when it came to finances. Even though when we were very small, I had convinced her that all coins were valued equally and therefore two 1p coins were greater than £1, she soon wised up to that trick and before long, she had me convinced to give her a personal allowance of half of my pocket money in addition to her own. And I dread to think how many times the little con artist convinced me to ‘lend’ her some cash that I never had returned. Not to mention the extortionate interest she charged if I ever needed a loan myself.  These days, she’s a glamorous and successful Personal Assistant who brings my children beautiful gifts from her travels, so perhaps it was worth investing in her future.

I don’t know if the moral of this story is that my sister was adorable or that I was a really mean big sister, actually.  I meant well.  And I’m still really sorry, Paige, about the Cousin Sarah adoption palaver.  You do look an awful lot like her, though…

Was anybody else really quite mean to their little siblings?
*Collaborative Post.

A YouTube Milestone, Three Years of Blogging and a COMPETITION

Oh that’s really funny – your poor sister thinking she was really your cousin all those years!! I think big sister pranks are part of the job description though I never quite managed something that big!!!

I got up to all sorts of lovely little pranks and tricks with my younger sister. I actually told her that she was an alien from another planet and how we found her at the end of our lane and took her home. In return for our kindness she had to be my ‘slave’, mainly tidy my room and pretend to be my horse ( I loved horses). Sorry sis ????????