On Meeting my Children’s Half-Sister

The child is an acrobat. She is quiet and fierce, and by the time that she allows my sons to push her on the swing, they are completely in her thrall. We watch them play, her mother and I; they are absorbed in their climbing and sliding, their chalk and their ice cream and we…? We are absorbed in them. Without looking at her, I know that she is looking at my children too; she is searching their faces for her daughter.

Standing beside her mother, it occurs to me that I have no word for the woman who mothers my children’s half-sister. I tell them to call her ‘Auntie’ and she does feel a bit like a sister, especially when she pulls from her bag everything that I have forgotten.  She teaches my children how to paint rainbows on their skin and I buy us all ice cream and we sit in the sun together and marvel at what we’ve done. 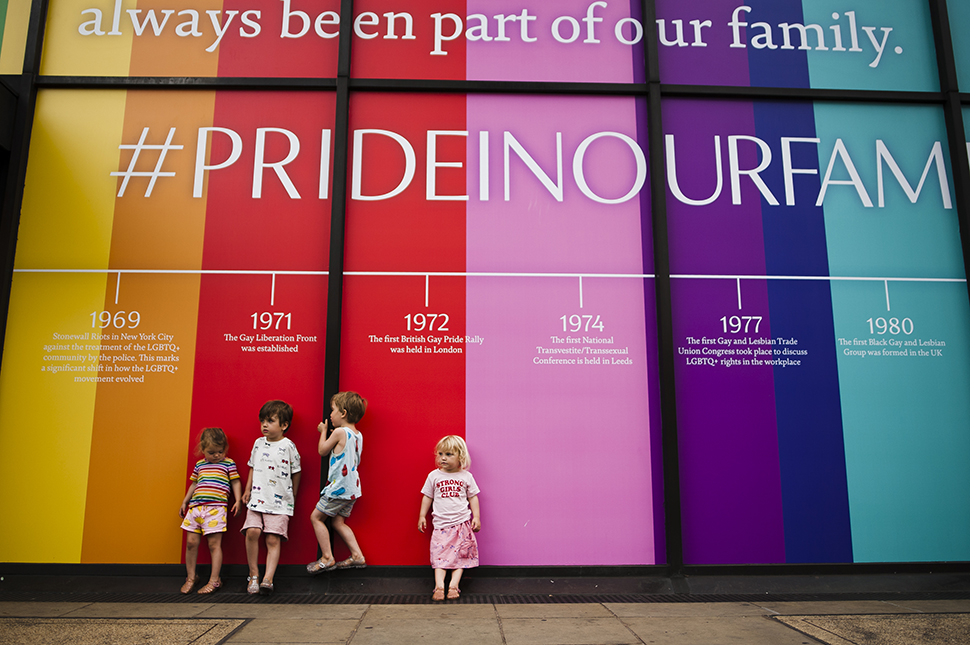 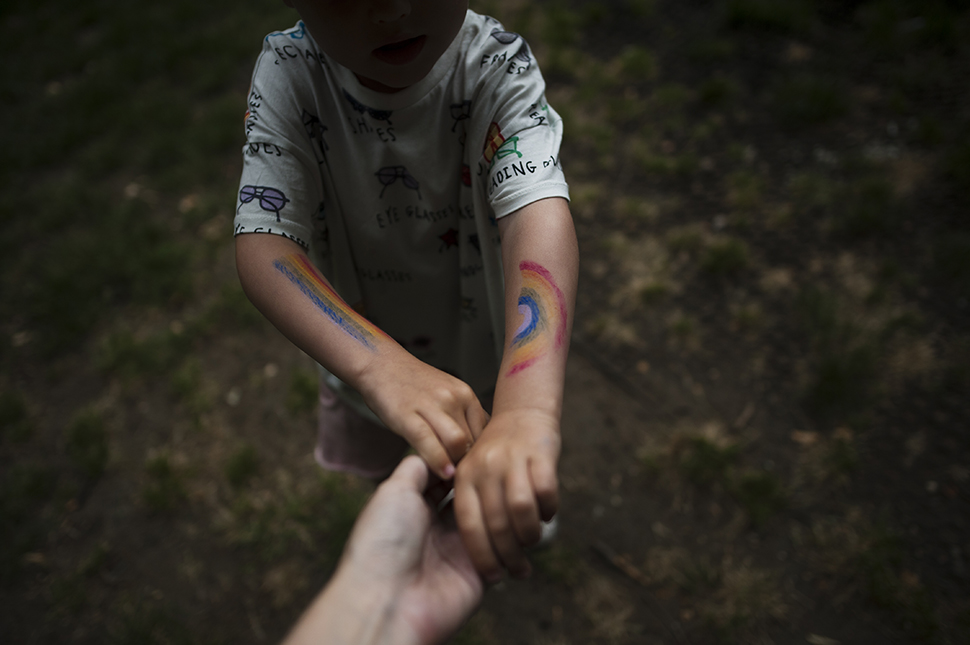 Last summer, I found my children’s ‘diblings‘ – genetic half-siblings who were conceived using the sperm donor that my children share. At Pride this year, I had the enormous privilege of meeting one of them. I won’t violate this child’s privacy, nor her mother’s, by sharing the photos that we took of our children playing together but I did want to share how my thoughts on donor conception have evolved since embarking on our fertility journey.

As I’ve mentioned before, we have had a remarkably easy fertility journey. Our first round of IVF, that I had privately considered my ‘practice round’, yielded two embryos – Balthazar and Lysander.  On my second round I shared eggs with another couple, and of our share, all four developed into beautiful ‘perfect’ blastocysts – Embla, Olympia, Vita and one last moon-shaped ball of hope and potential, tucked up safe in a freezer in Chelsea.  When we chose the sperm donor whose donation lead to my children, we were twenty-four years old.  When I look back on it now it seems very young to make such a decision; to choose a whole other half of somebody’s genetics.  Of course, heterosexual couples do this all the time when they fall in love and decide to start a family but the cold and pragmatic act of leafing through a catalogue, evaluating candidates and making a final selection seems, somehow, to be different.  And whilst I wouldn’t change a thing about our decision because it lead to what are quite clearly the most extraordinarily wonderful children in the entire world if not the universe, in the darkness of night I can’t help but feel guilt and fear that we’ve done it all wrong – that our children may one day grow up to feel cheated of a father, of first-hand knowledge of one half of the genetics that make them them.

In fact, I didn’t consider sperm donation from the child’s perspective until we had children of our own.  So it’s pure luck that our children were conceived in a country where the Human Fertilisation and Embryology Authority, the governing body for UK-based fertility clinics, only permit sperm donors to be used in cases where they have specifically opted in to their information being shared with their donor-conceived offspring when they turn eighteen.  I’m a member of a facebook group where donor-conceived people talk about their feelings surrounded the circumstances of their being, and it’s very important to many of them that they are able to connect somehow with their sperm or egg donor, to learn more about the person from whom they have inherited half of their genetic background.

I am not a donor-conceived child and I can’t speak for them, but my understanding from listening whilst they share is that many donor-conceived children grow up to feel curious about their donor and the donor’s family. They have questions to which they would like an answer: who do I look like? Did this talent come from you? Why did you choose to donate – did you recognise the enormity of your act? Was it for them, for me, for money?

And – truth be told – until my children already existed, until curiosity about them lead me down the rabbit hole that ended in my finding their donor-conceived half-siblings, I had barely considered any of this. When I thought about my children and their psychological relationship with their donor, the narrative went along these lines: we’ll tell them that they are donor-conceived at an early age so that they will always be comfortable with it, and when they became adults we will find their donor and all of their questions will be answered.

In retrospect that seems so – naive.

A lot can happen in the eighteen years in which it takes a human to grow up into a legal adult.

A donor can die, go to prison, change his mind and wish that he had never donated those sperm cells or agreed to contact from the adult donor-conceived offspring.

A child can spend their whole childhood grappling with the unanswered question of what makes them uniquely them. And not even get an answer at the end of it!

Of course, they might not. They might grow up secure and content in the knowledge that they were wanted even before they were conceived, that their sperm donor was just a small seed, one sentence in the opening paragraph of their life. It might not matter to them at all. They might never feel curious about him and his family, and unanimously decide not to bother contacting him when the oldest of them turns eighteen and is handed that file. And all that I want for them is for them to be happy, and for all of their teenage angsts to be normal teenage angsts that resolve themselves in time for my children, five of my favourite people in the world, to grow up to feel balanced and complete.

I think these children might balance them.  And knowing them, and their mothers, has given me a peace of mind that I didn’t know that I was lacking previously.

My friend Kate at Les Be Mums recently summed up her feelings about her sperm donor in this poignant message, which resonated so much that I asked permission to share it here:

‘How do you describe the man that gave you the world in a tiny cup? Who changed your lives in the greatest possible way. Who gave us more than just his time. How do you even begin to thank him for that? Since becoming parents it’s easy to slip into the routine – forgetting where it all began – but for couples like us, we never forget about the generosity of one person and how it could have been so different if we hadn’t asked or if they’d simply said ‘No’.

There’s a reason why we get so upset when people refer to deadbeat dads as ‘sperm donors’, it’s because they’re nothing like our Sperm Donor – incomparable in fact – ours was a superhero in disguise and the most generous person we’ve ever met.

He gave us our world and we will be forever in his debt.’

This is how I feel too – that thanks to him, my world exploded outward like a firework.  Our family tree has deep roots and strange offshoots, but it’s ours, and embracing these children and their families has brought us so much joy. 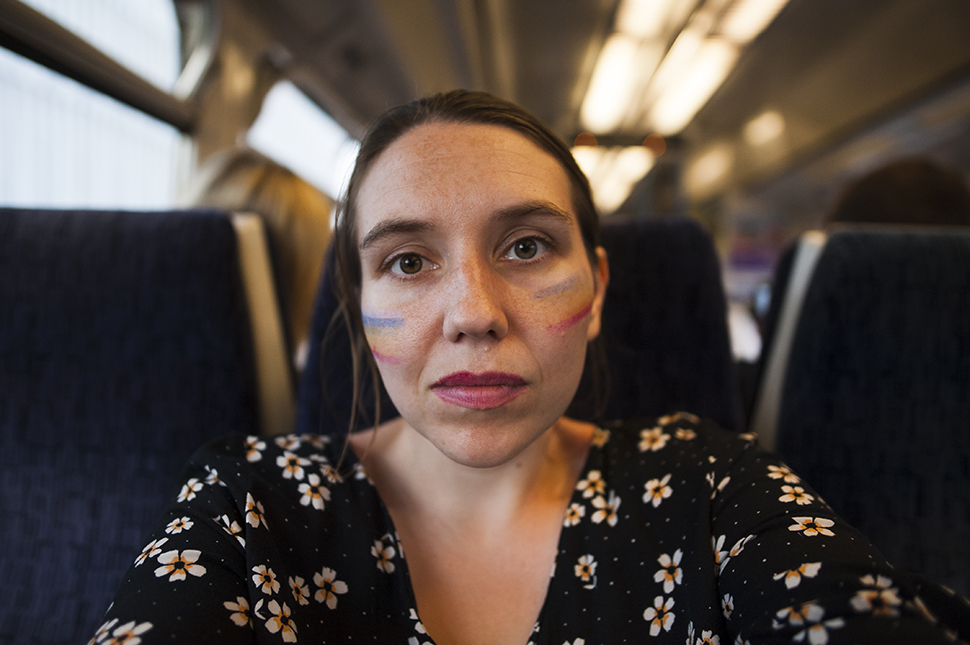 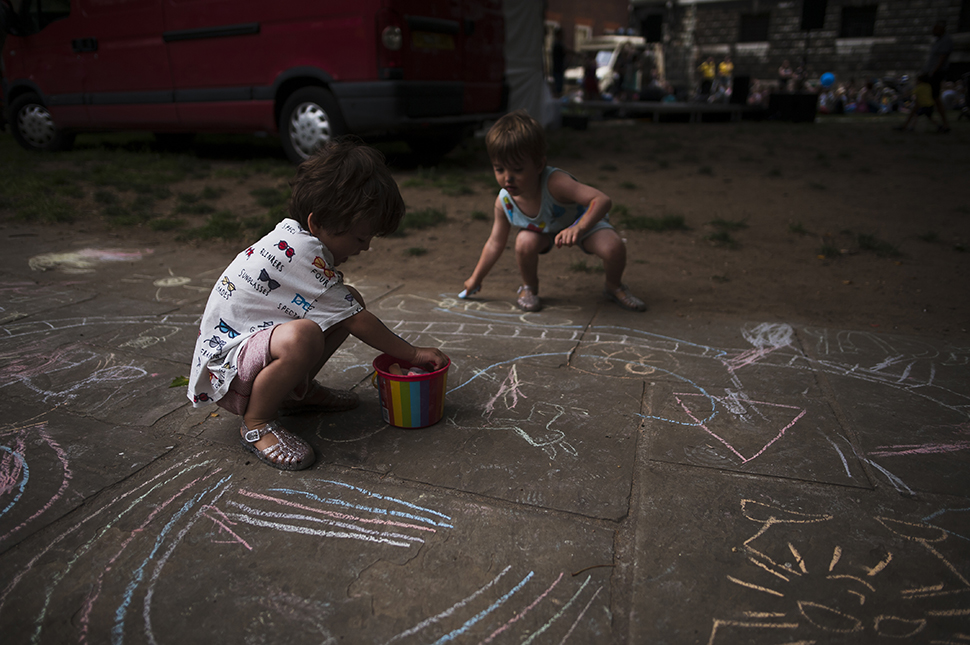 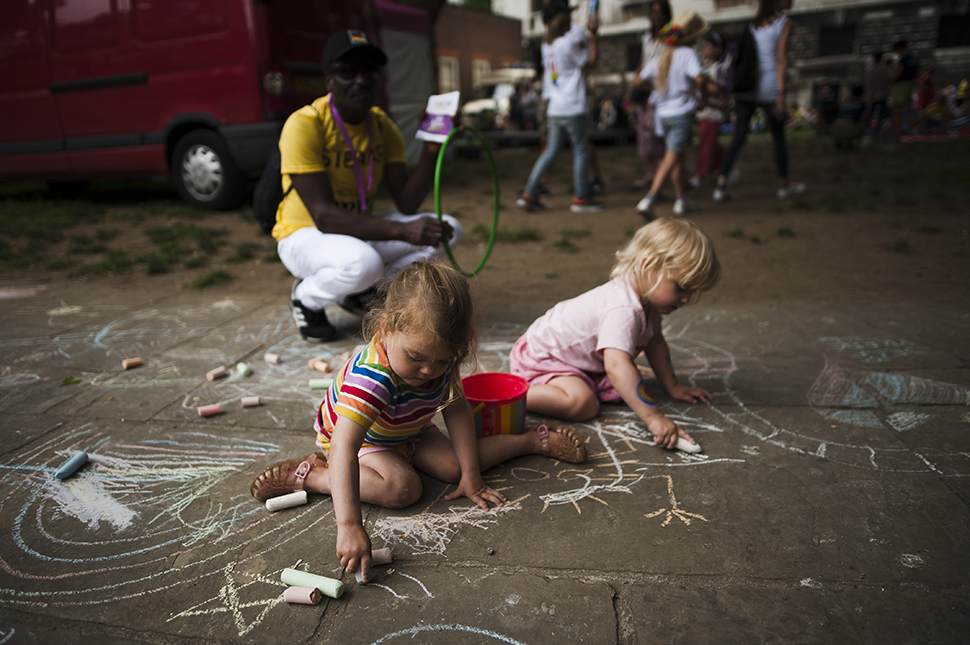 Oh What a November!