Home Twins Me and Mine in October 2016
Twins

October is one of my favourite times of year.  I wouldn’t say it’s the absolute favourite, because as someone with the approximate average same body temperature as a slow worm I do treasure those two days of vague warmth that we call ‘summer’, but there is just something about watching the world turn to shades of russet and gold that I find irresistable.  Not to mention the many opportunities for levity: halloween, the lead-up to fireworks, the boys’ birthday (but more about that in a bit).

We took the month slowly.  For us, anyway.  We tried to let go a bit, to let the house be a bit messier and to let the boys run a bit wilder and to feed them a little more pasta and spend more time snuggling.  I took the boys to the Farmer’s Market to find pumpkins (and failed, so bought cake instead) and we played in the fields and the woods, collecting acorns.  We took baths together and I let them tip the jug of water over my head.  The little girls grew and grew, and I tried to be there for it and to notice the changes as they happened.  It was lovely, after a period of stressing at myself for my many failures and ever-increasing to-do list, to just say ‘sod it’ and prioritise my own well-being and spending time with my family.  Alas, now it’s mid-November and I’m writing my October end-of-month summary!

The girls left the fourth trimester and I have had to come to terms with no longer having newborns in the house.  It is a little bittersweet as the girls’ early-babyhood has been such a dear one, but I mostly just feel incredibly lucky to have been able to enjoy it so deeply this time around.  There are so many memories for me to hold on to from their tiny-babyhood, little things that I didn’t really notice with the boys and wish that I had: the way that my fingers almost touch when I circle their ribcages with both hands, the feeling of their hearts beating against my skin, the softness of their hair against my lips in the middle of the night.  This month I have taken the time to savour these things, to remember how soon they will be gone – and indeed, the babies we have now are so different to the babies we had at the beginning of October.

At the end of the month our little boys turned two.  Their birthday is actually the day before halloween but we decided to delay the festivities until after the halloween period when their grandmother and great-grandmother were home from their holidays so we just – didn’t tell them.  (Shh.)  We’re going to celebrate their birthday with a little party this Saturday, actually, and tell them then that they are two! 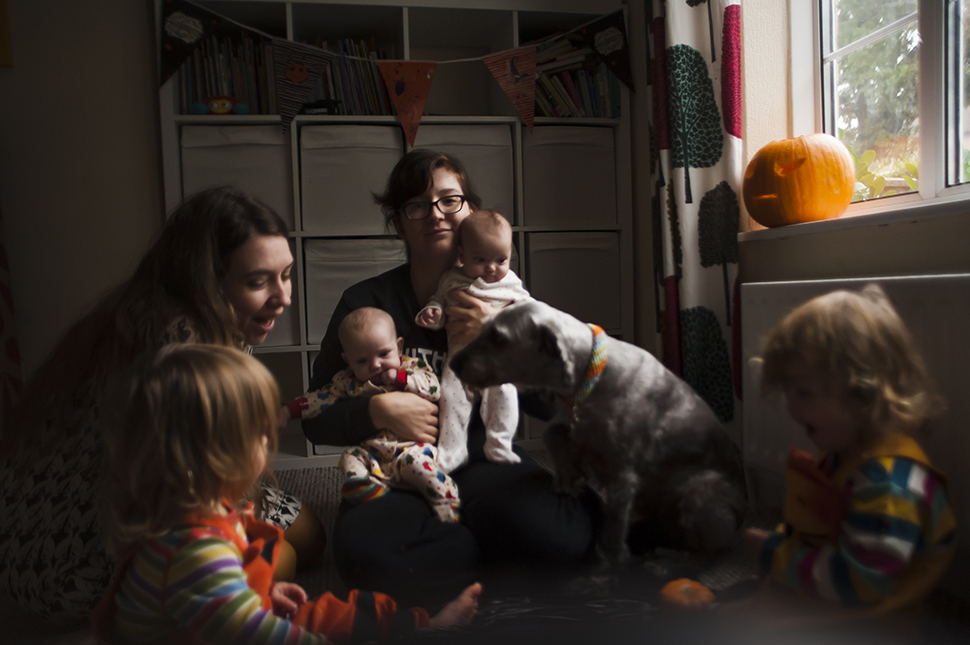 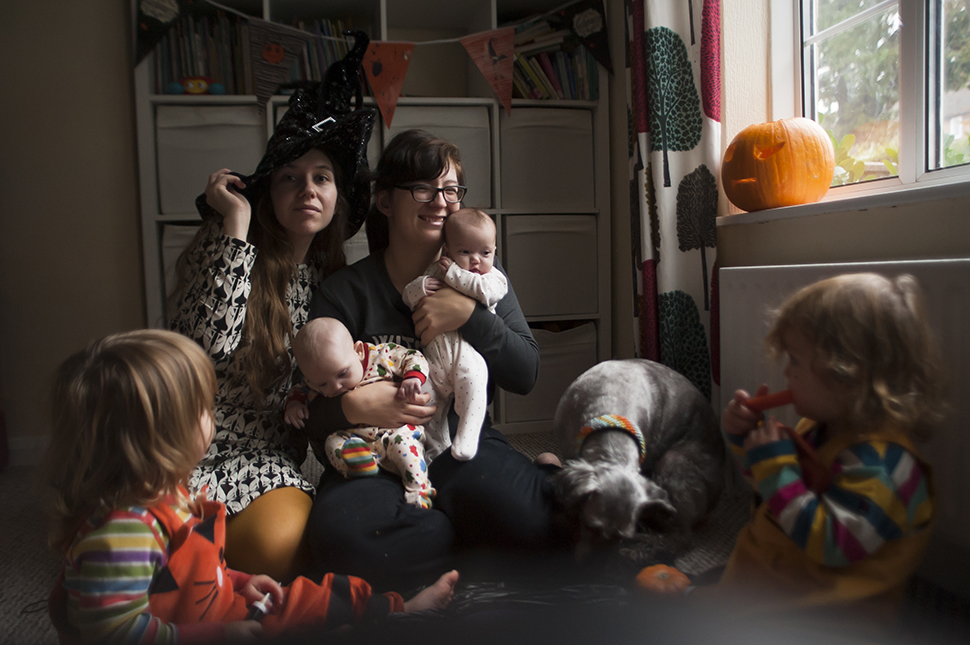 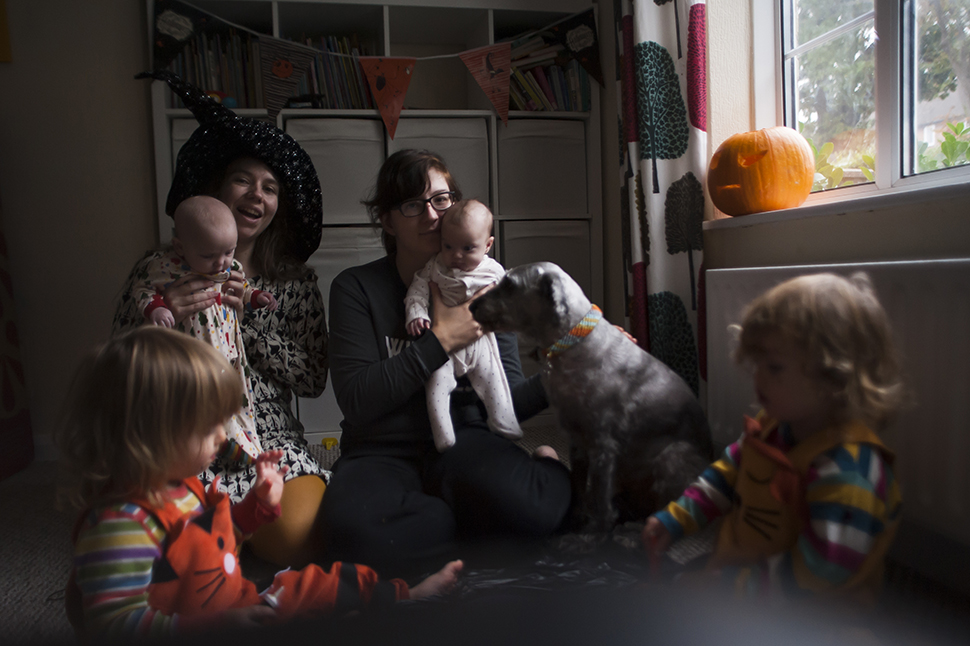 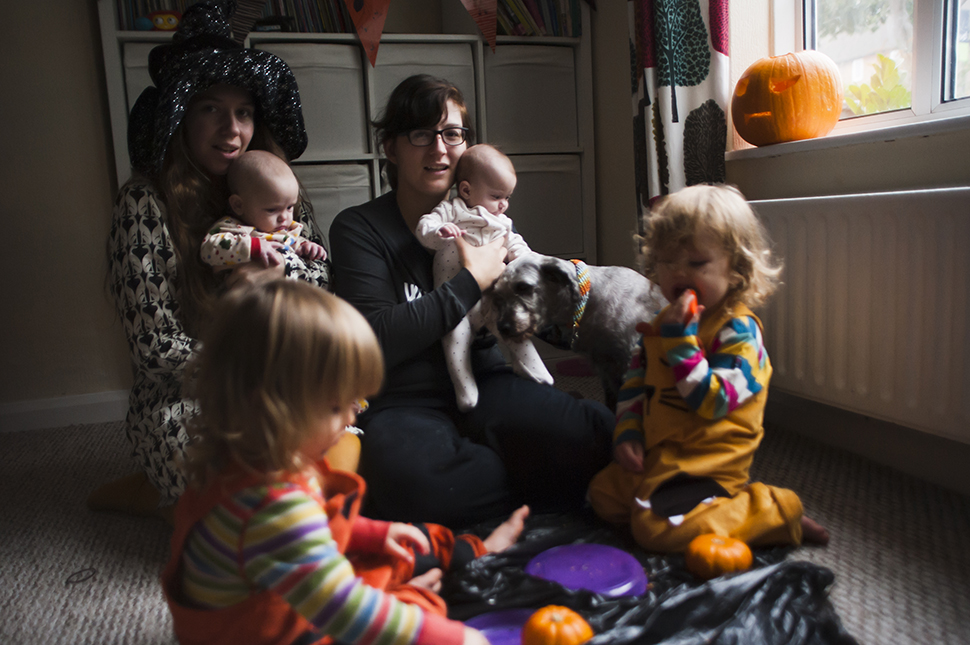 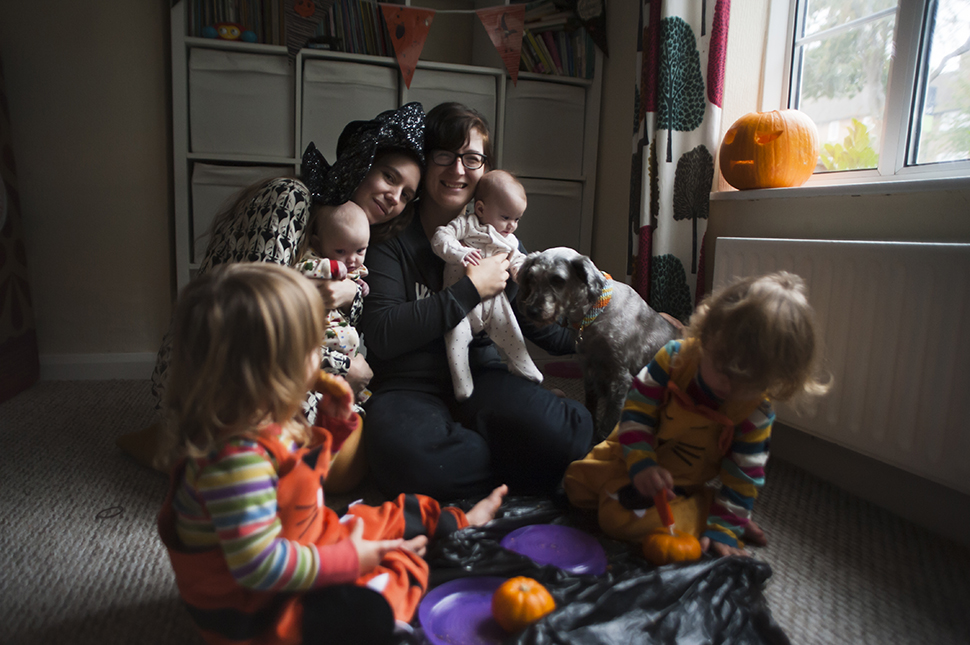 These are our perfectly imperfect halloween family portraits and I kind of love them.

How was last month for you?

Cosatto To and Fro Duo Review

I love Autumn purely for the colours – it sounds like yours was lovely and I hope the boys enjoyed turning 2 (are they officially 2 now?)