Home Twins The Second Trimester of a Twin Pregnancy
Twins

The Second Trimester of a Twin Pregnancy

I entered the second trimester expecting to start feeling more human but found that the nausea, if you could call it that (it was more an overwhelming desire not to eat food than actual nausea, to be honest) did not start to clear up until around week fifteen.

One of my pre-birth ‘must do’s was a visit to see my ‘Greek family’ on Aegina Island and at fifteen weeks pregnant I flew out by myself for a visit.  I was incredibly gratified when one of the folk at the check-in desk enquired as to whether I was pregnant, because it meant that I was starting to look pregnant rather than just fat!  Life in the 100 Year Cake House, as I had dubbed my Greek home, is messy and chaotic and wonderful, with dozens of dogs and cats to care for, not to mention the farm, but I didn’t quite pull my weight on that visit.  Whilst I did do some stacking of hay bales and running about looking for a lost puppy, I also slept on the beach and on the farm in a mass of warm, orphaned kittens, and spent a lot of time reading borrowed Barbara Kingswood novels.  My Greek family spent a lot of time telling me that I wasn’t eating enough and worrying about me.

One evening as we walked down the hill, watching the sun set over the sea toward Athens, I had this vision of myself in ten years’ time following my laughing sons down the same path.  I felt convinced that the twins were boys.

I didn’t have long to wait to find out, as we had booked a private anatomy scan at a Harley Street clinic on the day after my return, at 17+1 weeks.  I was absolutely shattered, having flown in to London the night before, slept for a few hours and then got up and done a full day of work but at the same time, so  excited to get a glimpse of my twins and see what they were.  I had given up coffee before my pregnancy and couldn’t bring myself to drink one but I did pick up a Ben’s Cookie on Bond Street in the hopes of encouraging wriggly babies.  Kirsty and I enjoyed a couple of hours of window shopping while we waited for our appointment, which was at about eight o clock in the evening.

The scan itself felt a little oversentimental, with its soft music playing and sonographer who insisted in speaking in a caramelly, this-is-such-a-meaningful-moment sort of voice.  I’m terribly myopic and had forgotten to bring my glasses and couldn’t make out anything of the sweet little legs or tiny nose that she was lovingly describing, I just wanted to know what was between the legs.  ‘Twin 1’ cooperated very quickly but ‘twin 2’ was, as she put it, shy, and so we were sent to have a little walk around the building and do some jumping before having another try.  Finding out that we were expecting two boys came as a bit of a surprise.  I had ‘known’ that they were boys but everybody else, Kirsty included, was adamant that there was a boy and a girl in there, and the reality took a little mental adjustment. 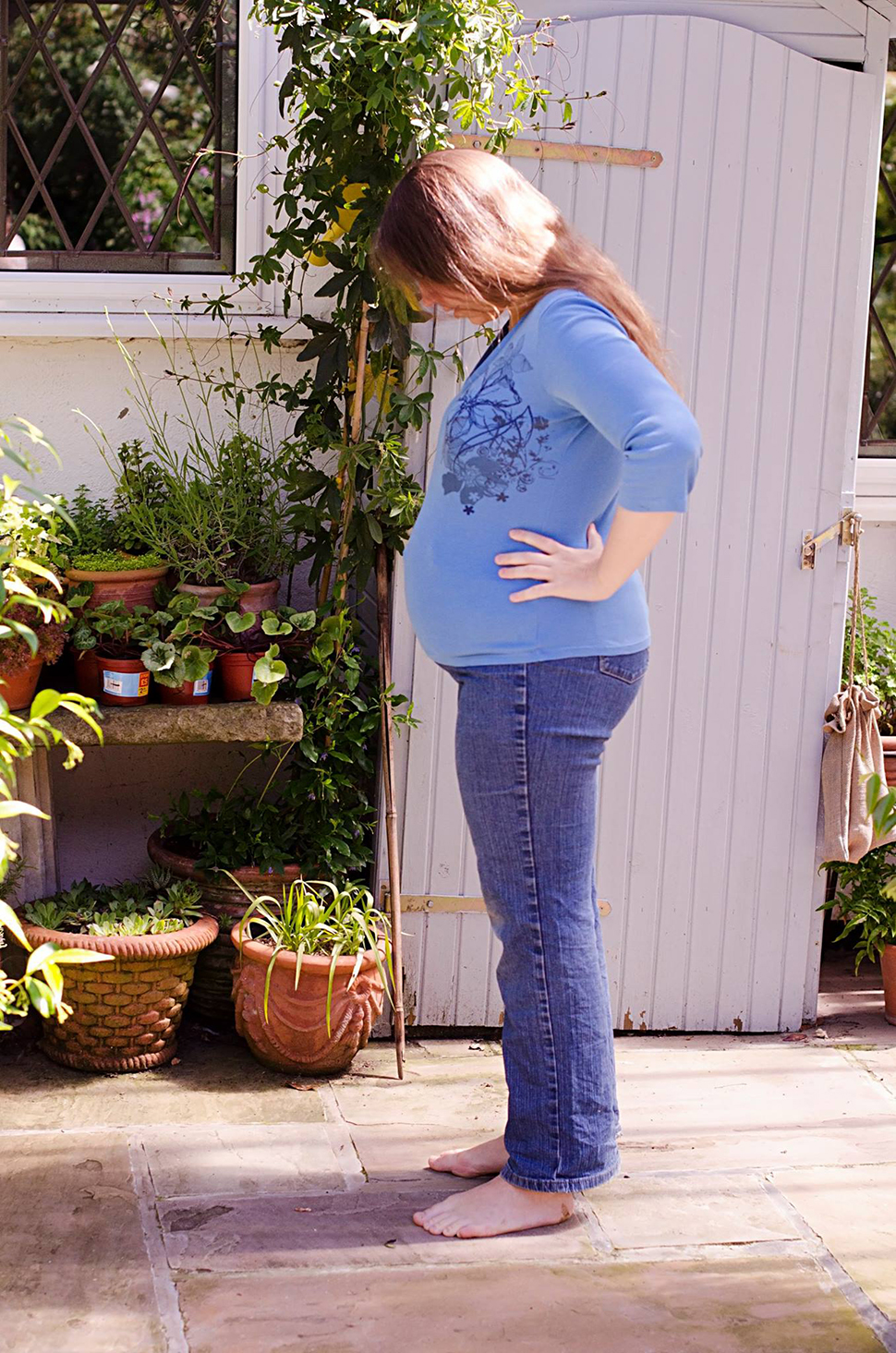 17.5 weeks and definitely pregnant in this picture!

It was probably around this time that I started to feel the twins move although I dismissed it as it could just have been gas bubbles.  The first time that I definitely felt one of them was at around 22 weeks when I was talking with my line manager and all of a sudden somebody – Lysander, I realise in retrospect – was repeatedly and forcefully kicking at the same place on my uterine wall.  I stood there, trying to make intelligent conversation with my boss, with my jaw hanging because there was a person inside me and he was kicking me.

The rest of the second trimester passed without incident.  I photographed a wedding at 23 weeks pregnant and most people there assumed that I was due to give birth any minute and were horrified that I still had so long to go.  I felt wonderful aside from the disturbed sleep from constantly needing to have a wee, and my mood was generally euphoric.  It was a happy time. 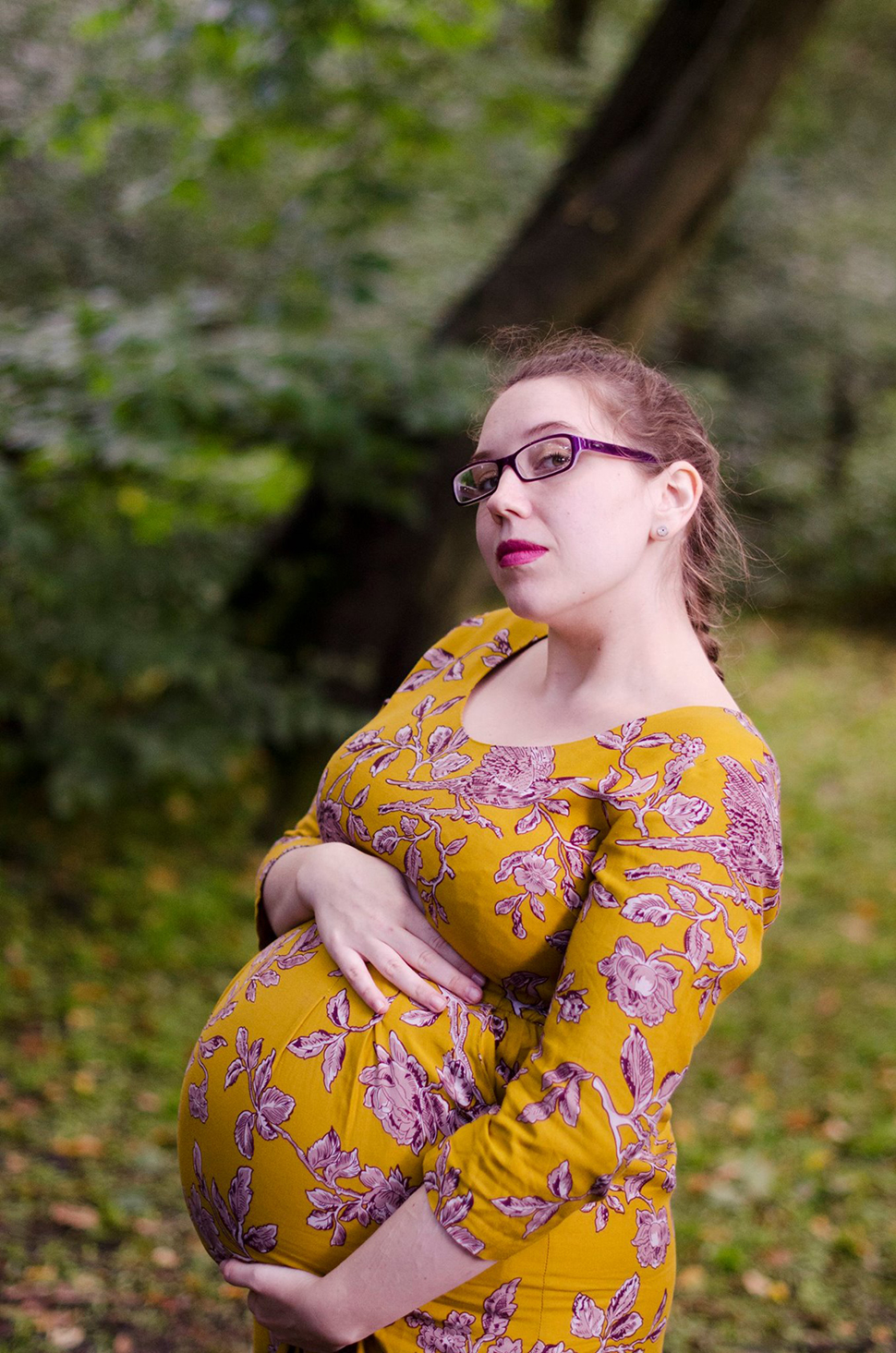 My only real worry was premature delivery, which is not uncommon with twins.  We cautiously celebrated viability at 24 weeks and positively partied at 28 weeks, which was my personal cut-off for treatment if they had been born early.  Little did I know that they would still be in there ten weeks later…  and I will tell you all about the third trimester soon.

The First Trimester of a Twin Pregnancy

What a gorgeous post! I absolutely loved the second trimester, it was so amazing and it sounds like you really embraced it too. Funny how you knew they were boys, I did with Toby too, although we didn’t find out because I thought not knowing would help during labour haha xx

You write these posts so well, and Aegina sounds wonderful. PS. The Poisonwood Bible is one of my favourite books ever.

Aww what a lovely post. I love that you were convinced they were boys. I think you just know sometimes. The second trimester was the best trimester for me. Feeling the baby move is incredible and weird at the same time. You are absolutely glowing beautiful in your second picture. I’m sure you are in your first too but I can’t see your face LOL.

I am loving reading all about your pregnancy Amber! Keep em coming! xx