A Morning on Camber Beach

They shed layers of clothing like snakes, kicking off their shoes and rolling up their trousers to become shorts. The jumpers that they wore this morning lay in a discarded tangle on the pavement so that we have to stop the pram and pick them up; the reprimand that we call after them disappears into the wind, but I think that I can hear them laughing.

The sand underfoot is soft as powder and warm. And sunlight is dancing gently across my skin. The girls doze in their pram until we reach the beach, and the boys navigate a complicated route up ahead, balancing precariously on walls and swinging on lamp posts. They collect stones, which they carry a little way before letting them fall again, and play a nonsensical game of I-spy in which, as far as I can tell, either nobody wins or everybody does. It makes us smile to see them acting so grown-up, so independent. They will turn four after the summer, about a week after the baby is due, but sometimes they seem so much older.  Before they were born, I was a little afraid of their boyishness but now that they are here, real little people, it is one of my favourite things about them.  Outside of London especially, they seem to have stepped straight out of an Enid Blyton novel.  My sons. 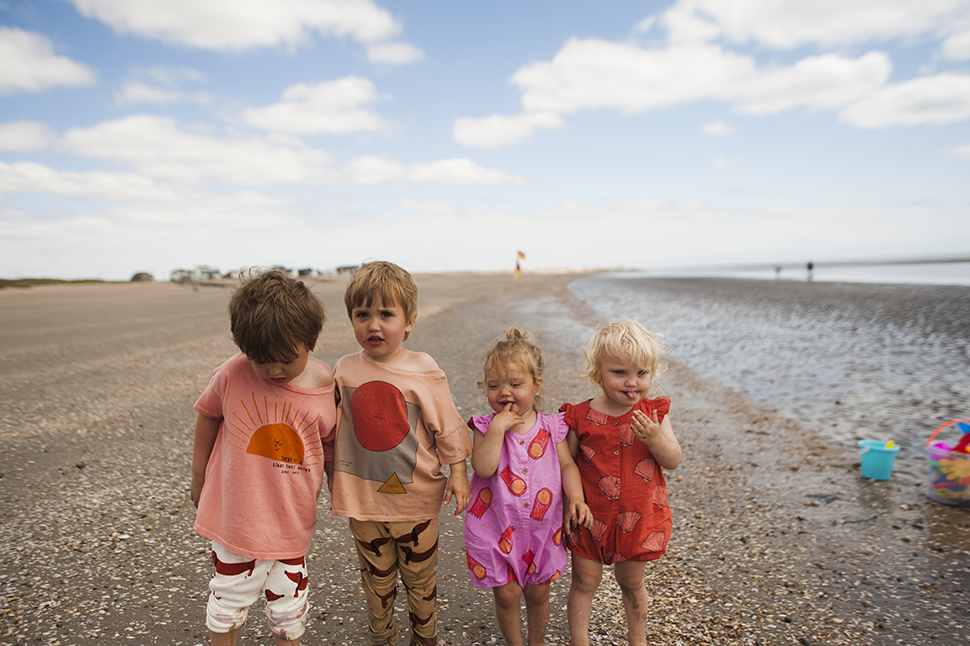 Embla wakes quietly, like a little bird popping its head out of a nest, and Olympia noisily, but she is easily placated with a cuddle and happy to walk beside me, holding my hand.  Neither girl likes the water, and they howl for ‘duddles’ whilst the boys wade, soaking their leggings with seawater, sand and silt.  But they are happy to play on the sand, to collect seashells and small stones and to make castles with their buckets and spades.  They bring us their little discoveries, eyes wide with the wonder of it all.  They tiptoe through the rivulets of seawater, arms outstretched to be held. 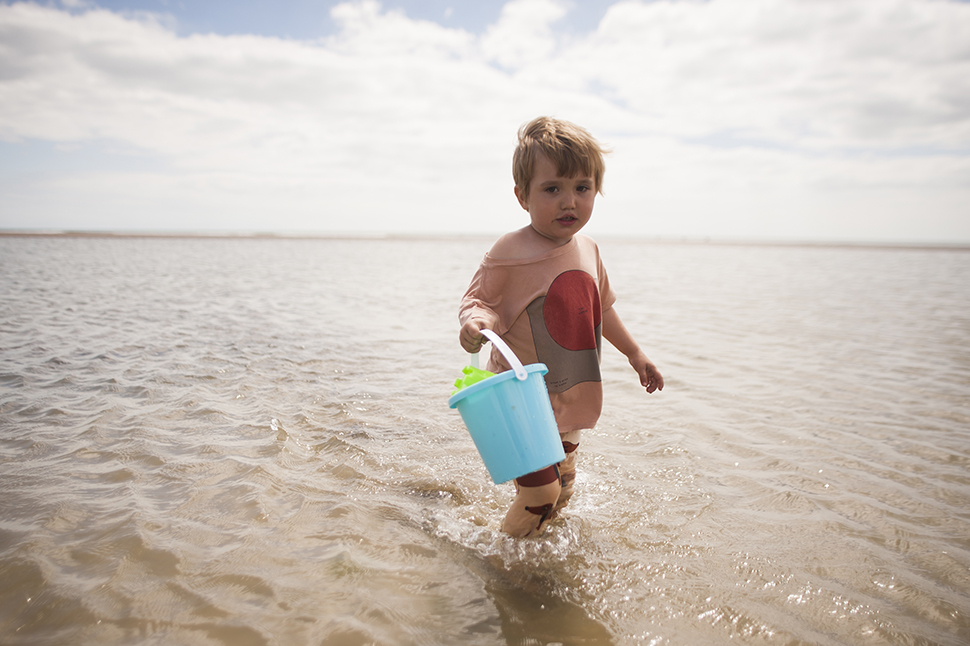 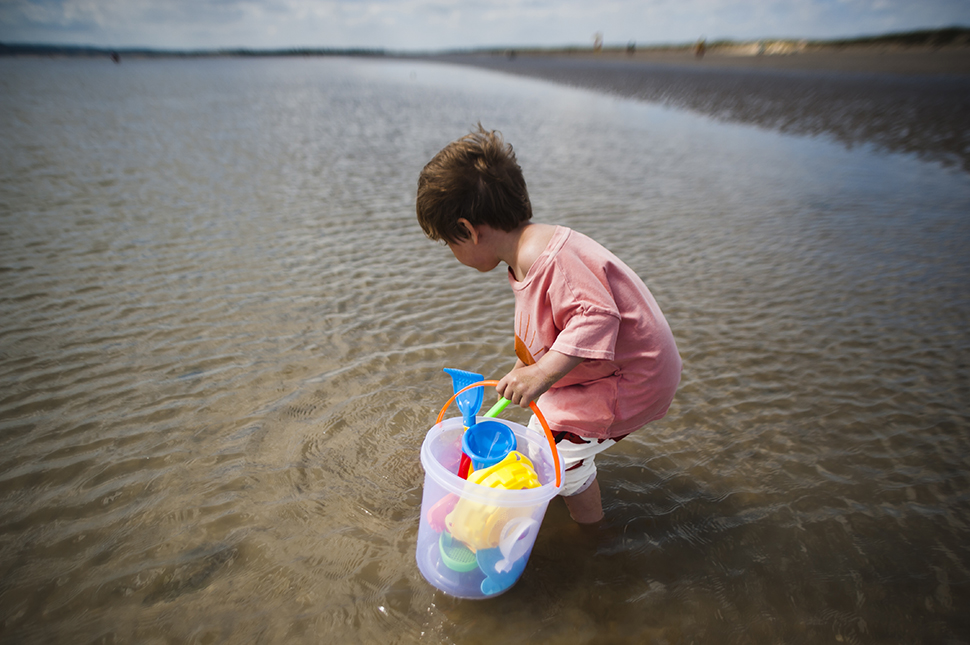 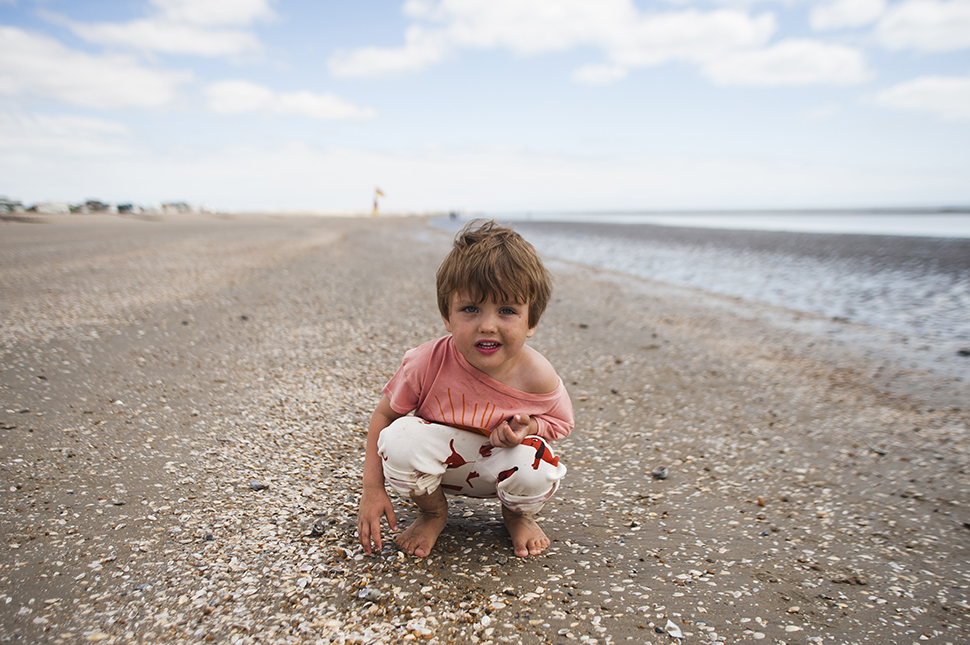 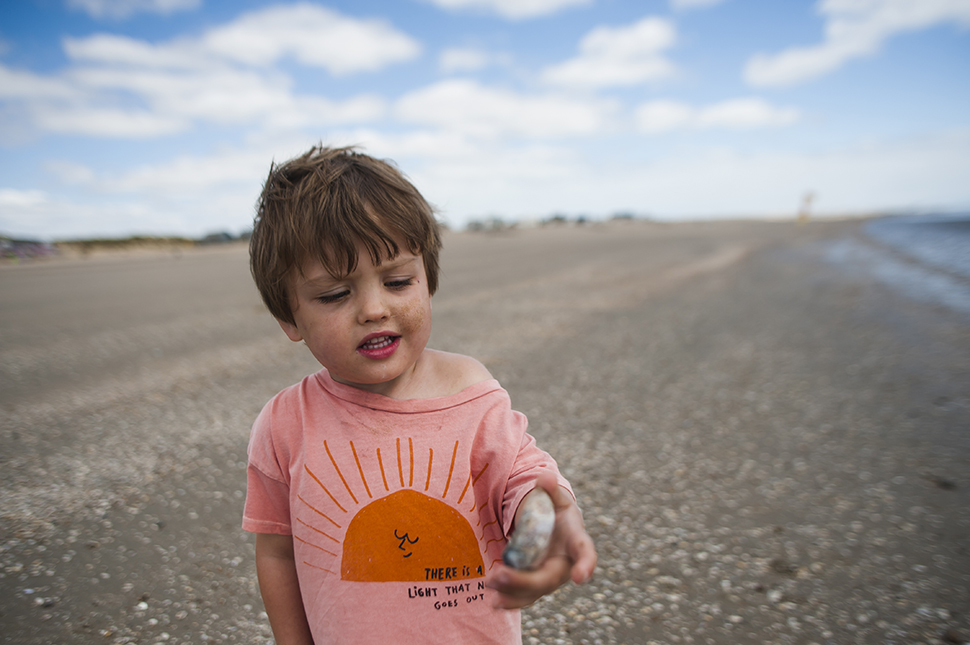 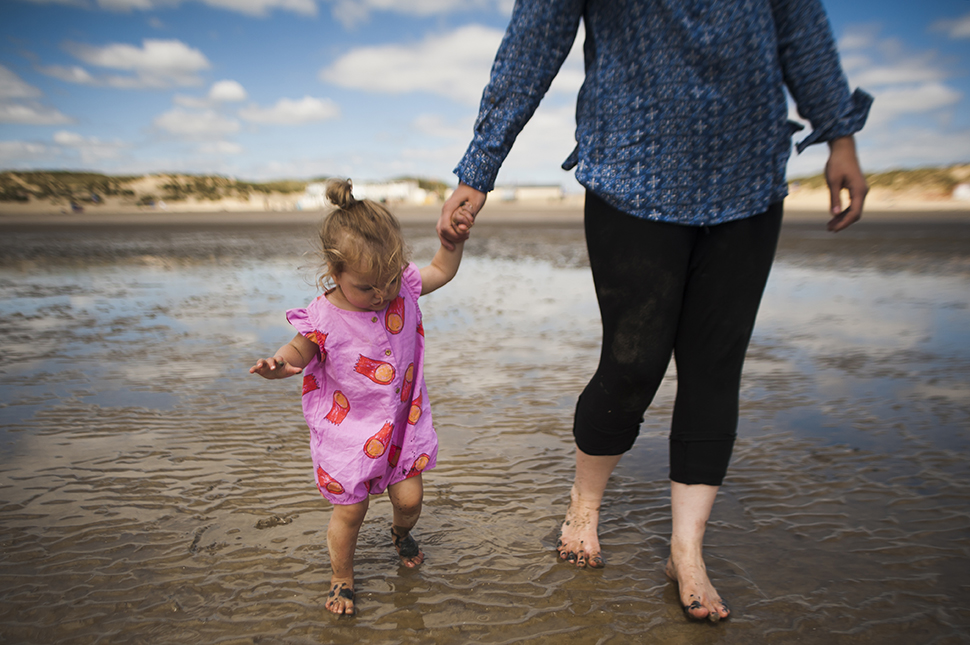 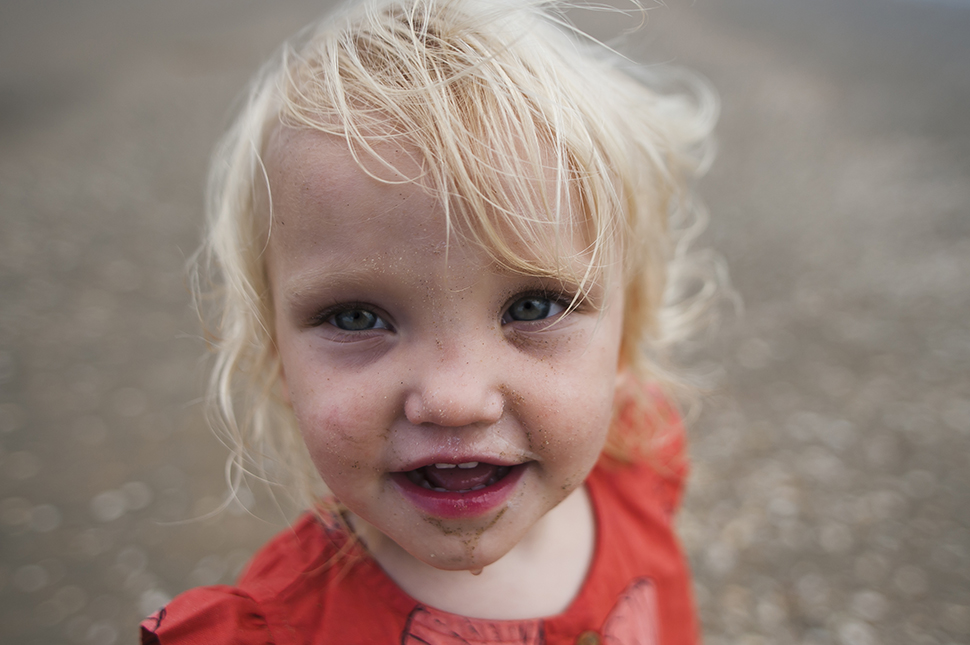 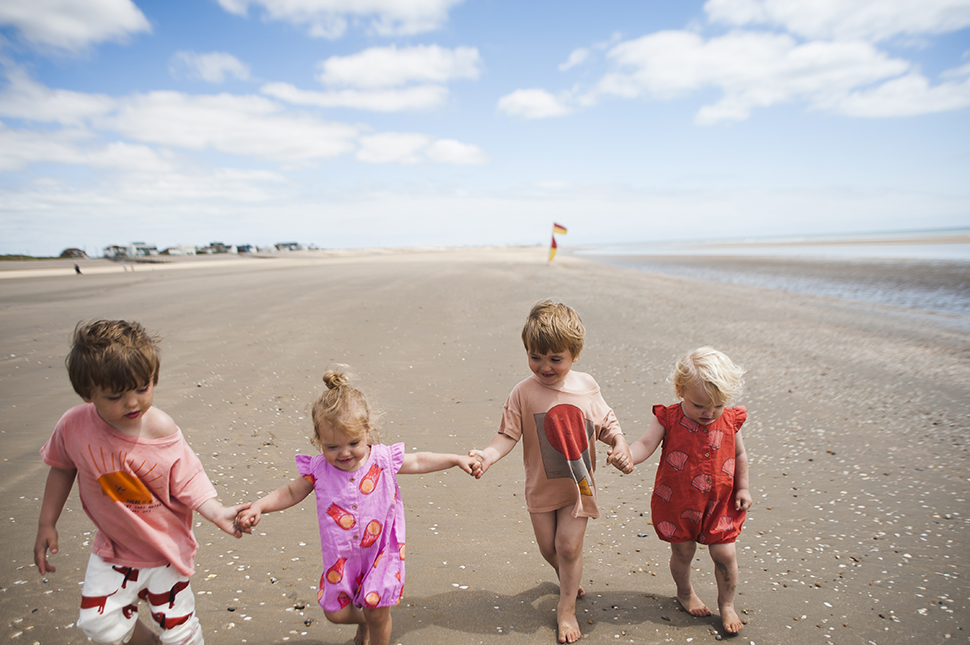 We are speaking quietly together whilst the children play, and we turn back to a daisy chain of toddlers, exploring the beach.  And I am so grateful to have my camera with me, to document this, and I am trying to drink in the beauty of the moment whilst recording it for posterity and for our wall.  My heart is a swollen thing, compressing my lungs in my chest.  It feels like magic, like a gift from the children.  It feels like a message from the universe to say that we have done the right thing in bringing them into the world so close in age.  And I know that all of that is silly, that it’s nothing more than autonomous children enjoying a moment together – but it feels special, and meaningful.  And I can’t stop smiling and I don’t want to try.  We are so lucky. 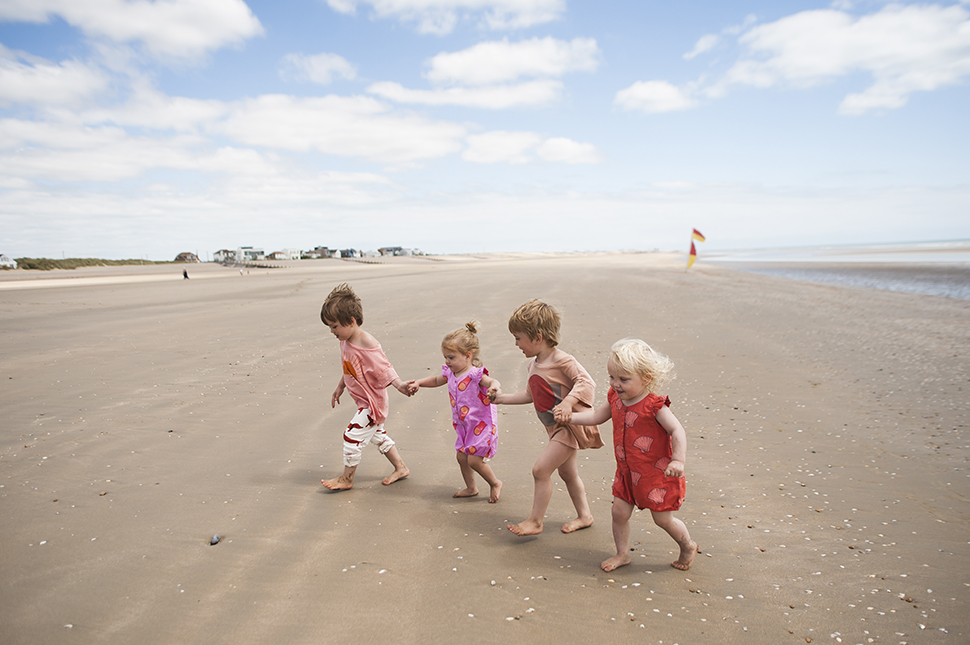 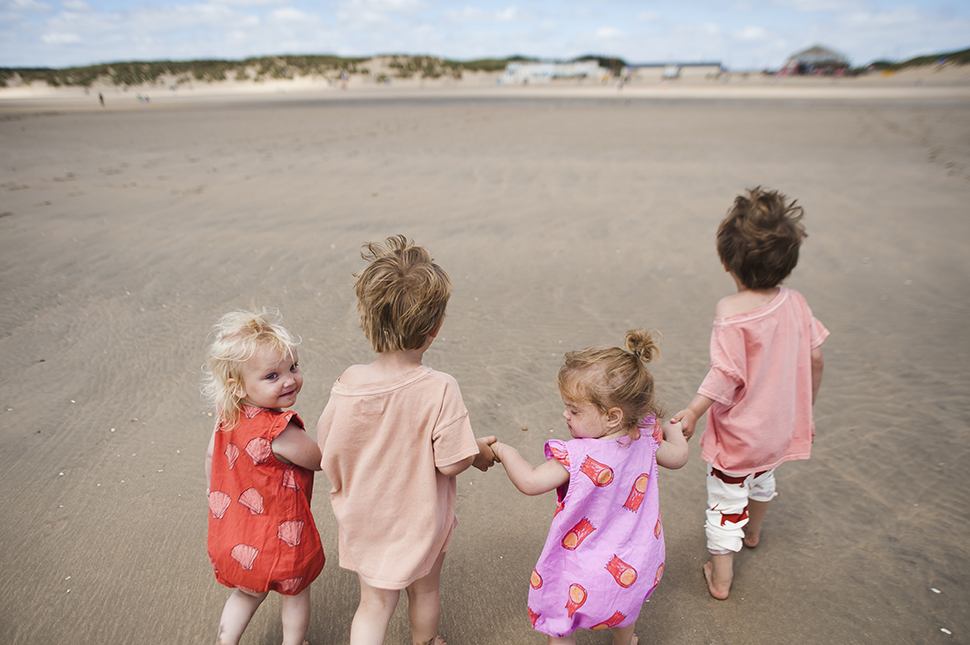 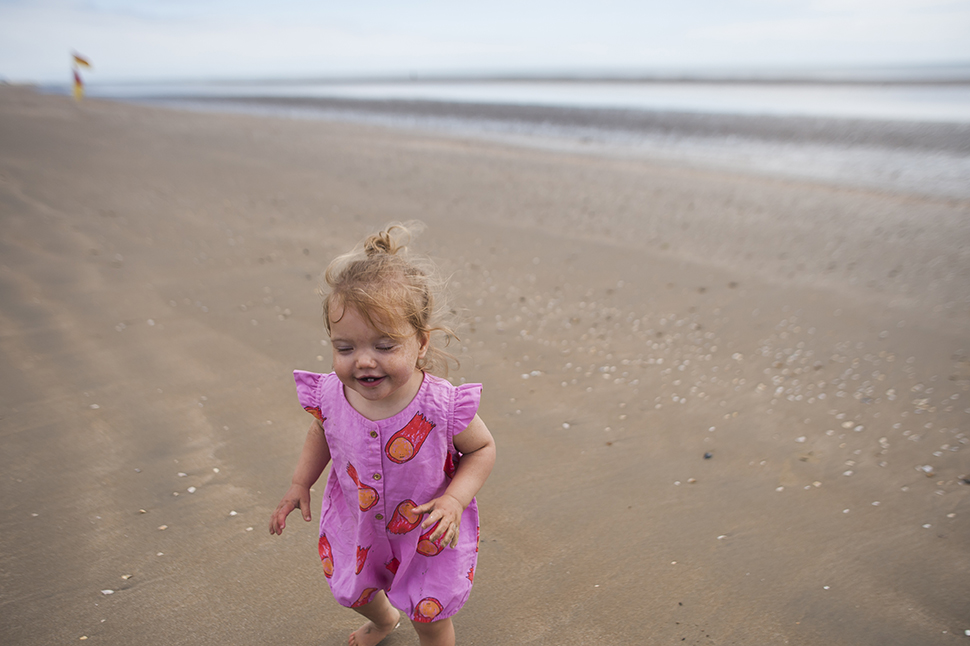 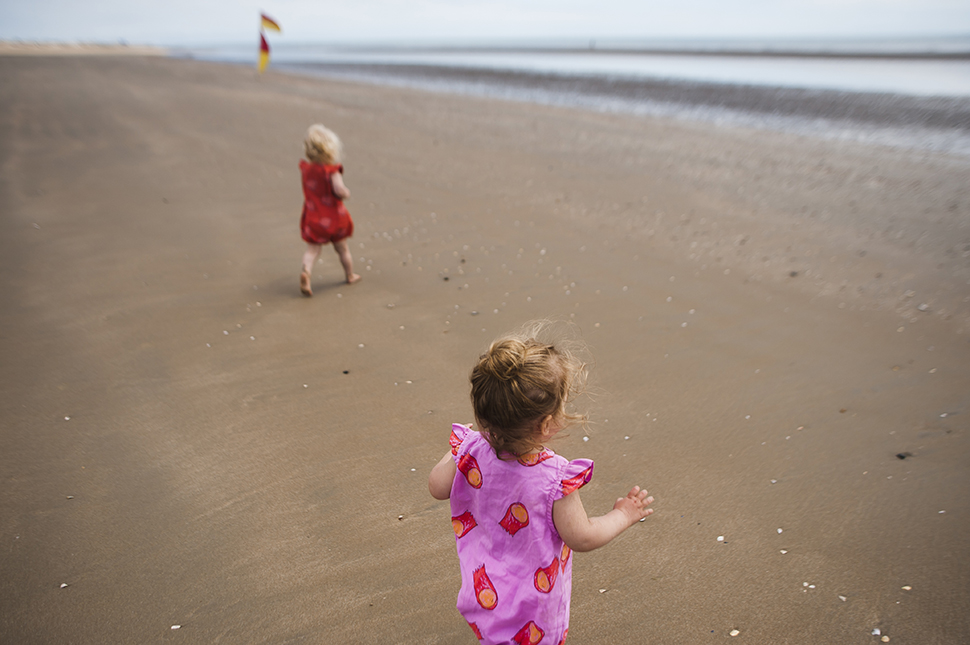 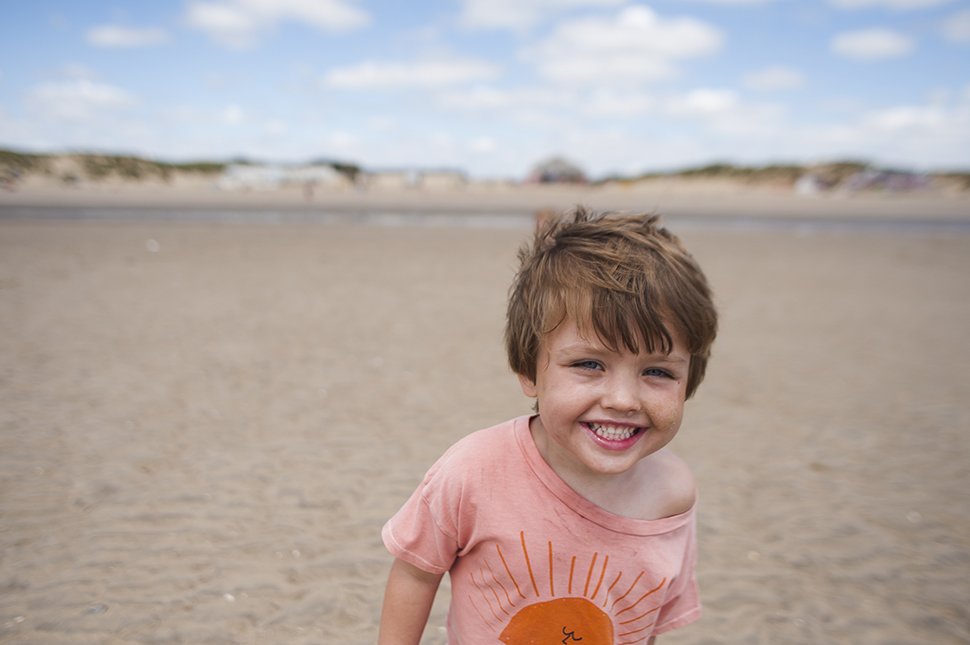 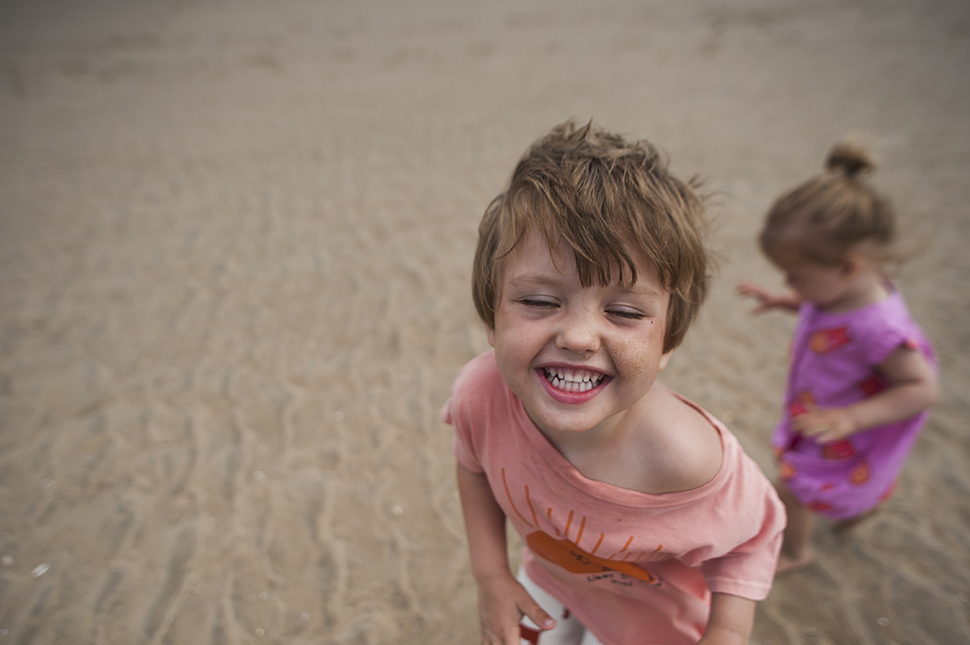 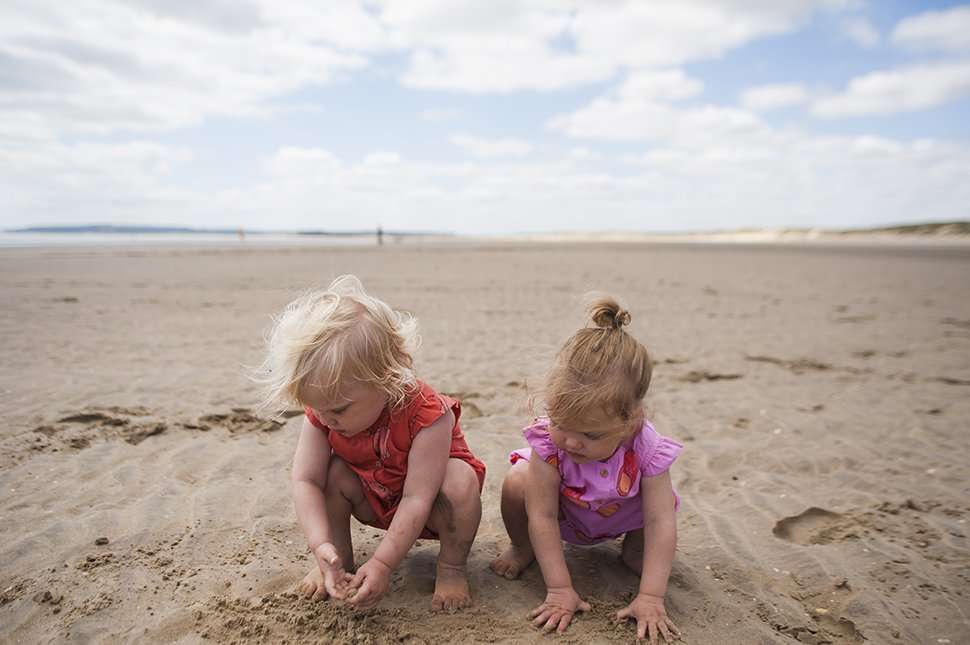 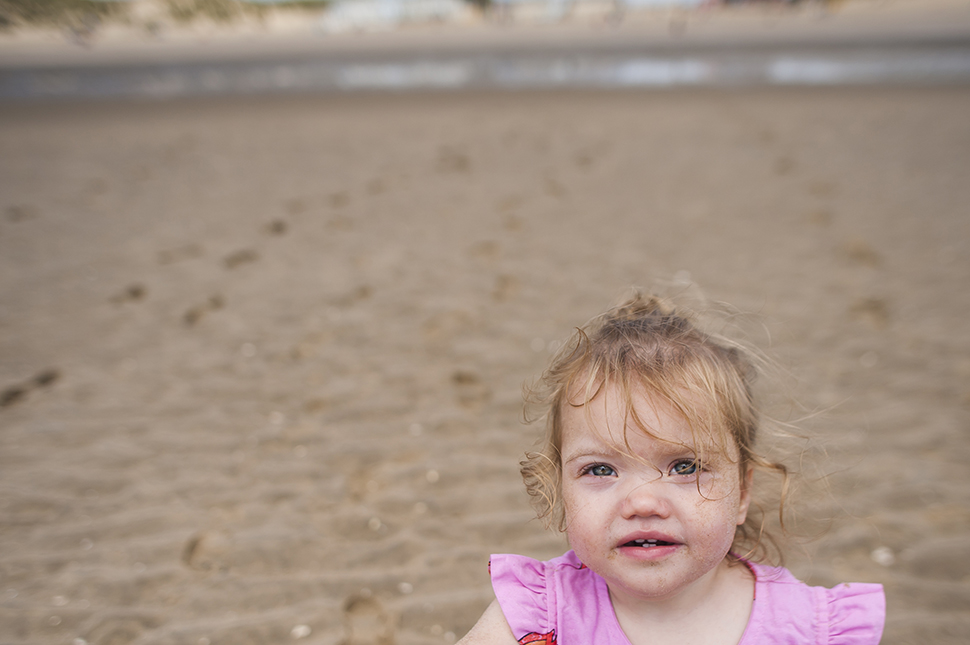 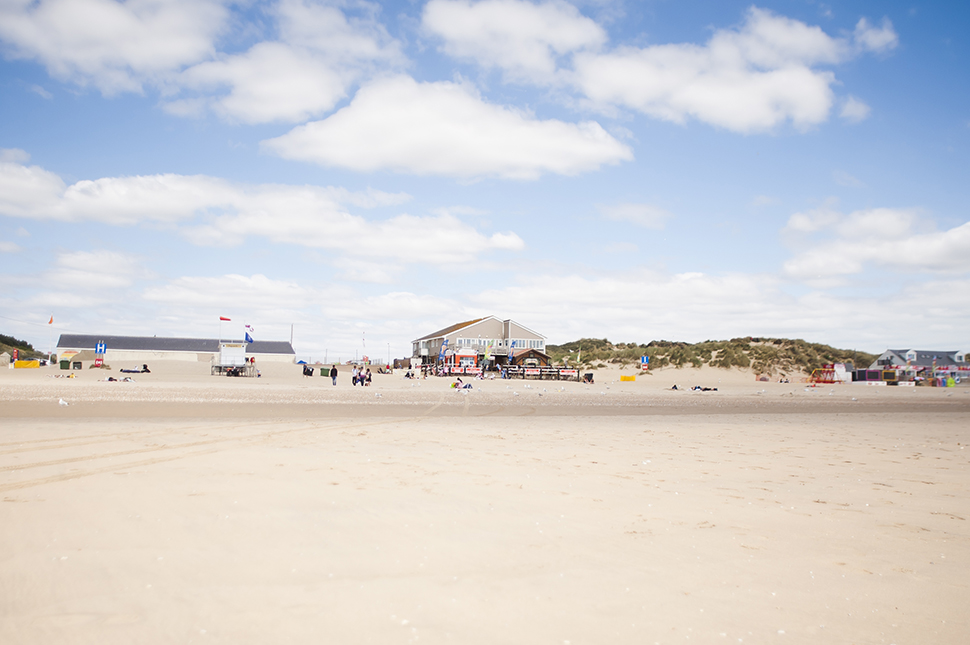 “Can I borrow your camera?”

The little boys, Balthazar especially, covet my camera and are beginning to be rather good at it!  Whilst Lysander gathers up buckets and spades, I hand Balthazar the camera and within minutes he has captured the landscape photograph above and the self-portrait below of the silt-covered feet.  Later, he flushes with pride when I praise him and edit them; he is astonished that he took these photos himself.  I want to buy them cameras of their own, to encourage their independence a little more.  Sometimes I worry that we hold them back a little, because they are easier to manage as a group of four than as two groups of two.   This summer, I want to see them thrive. 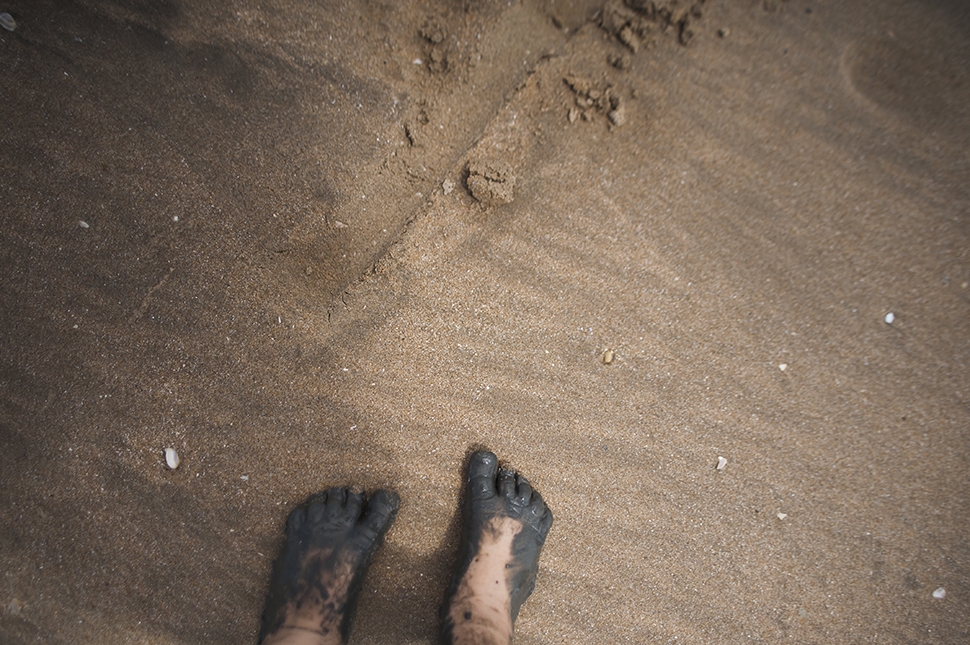 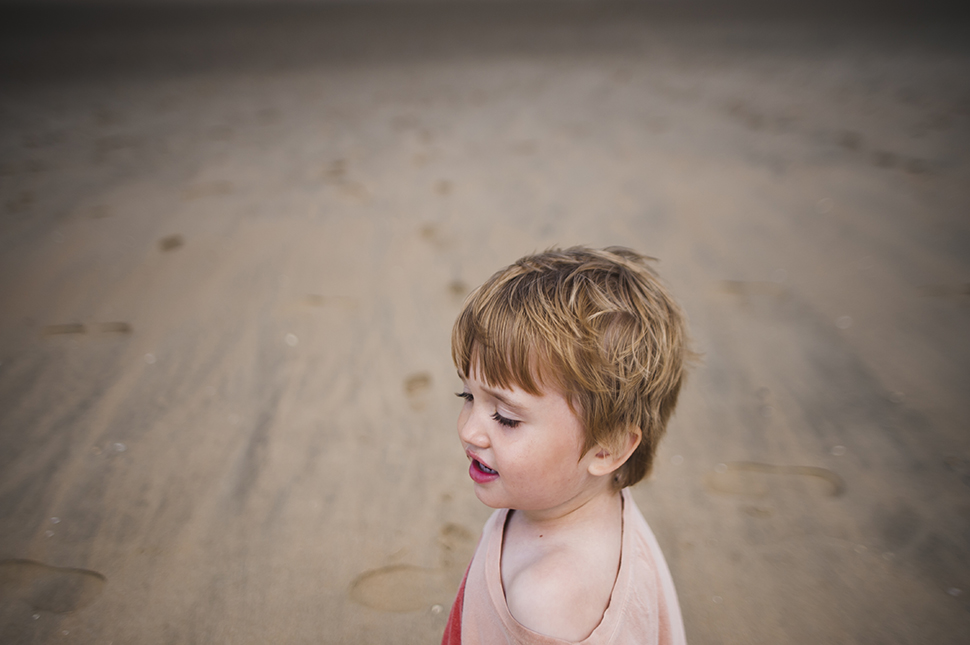 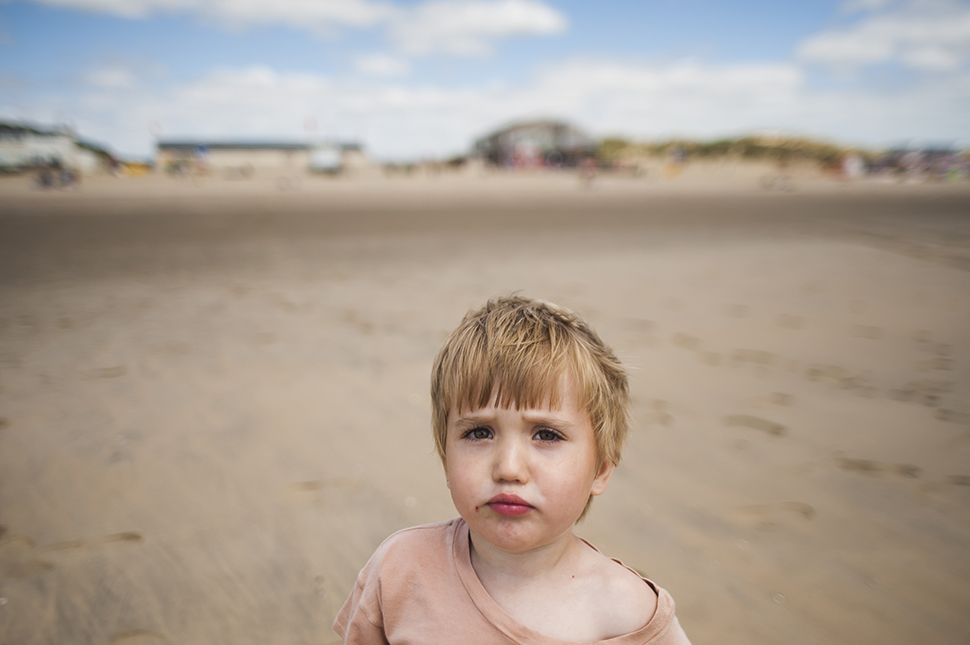 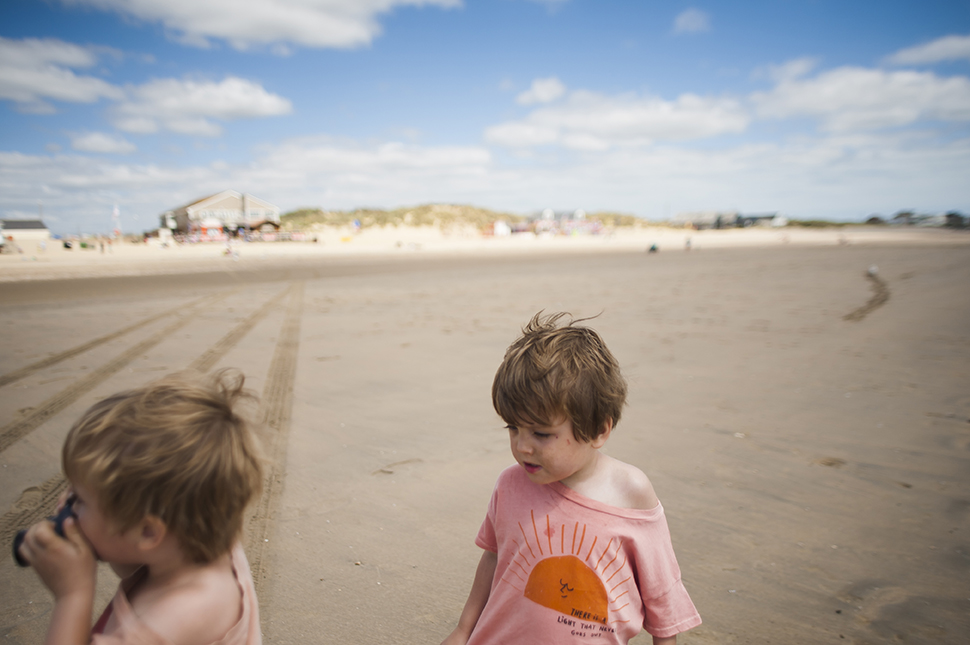 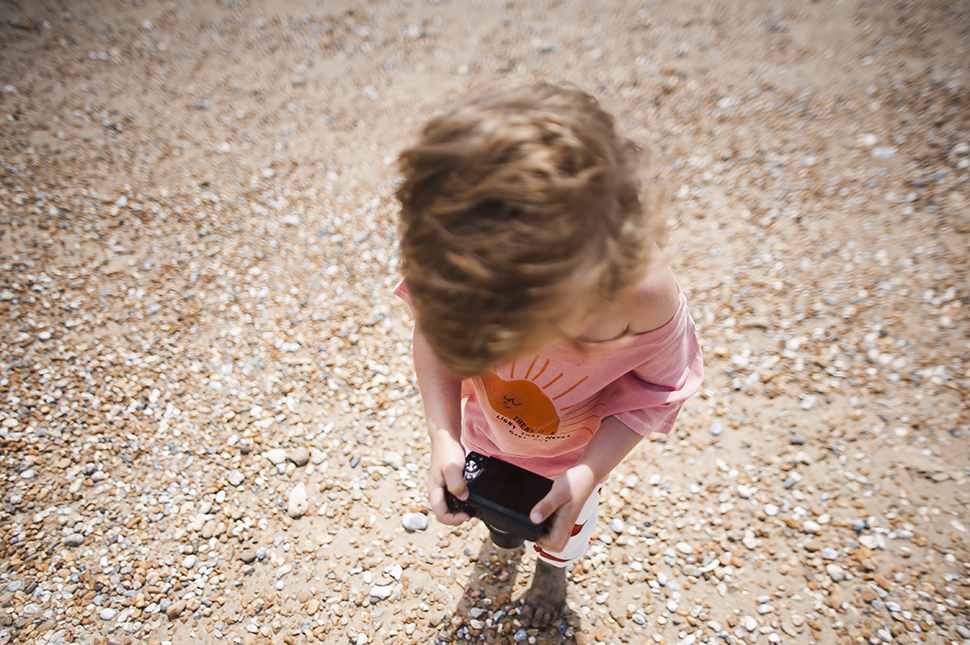 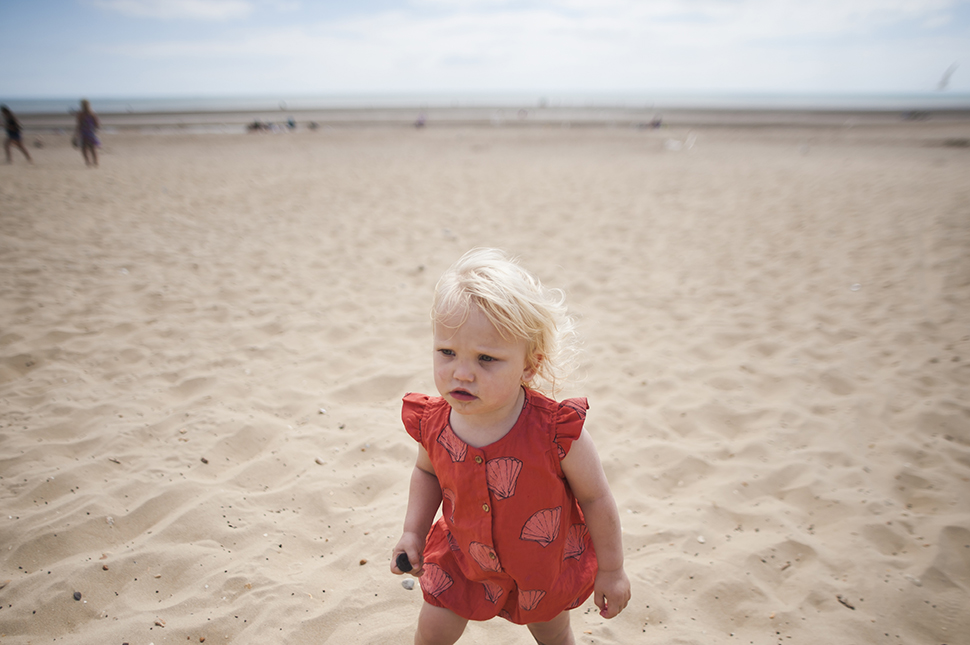 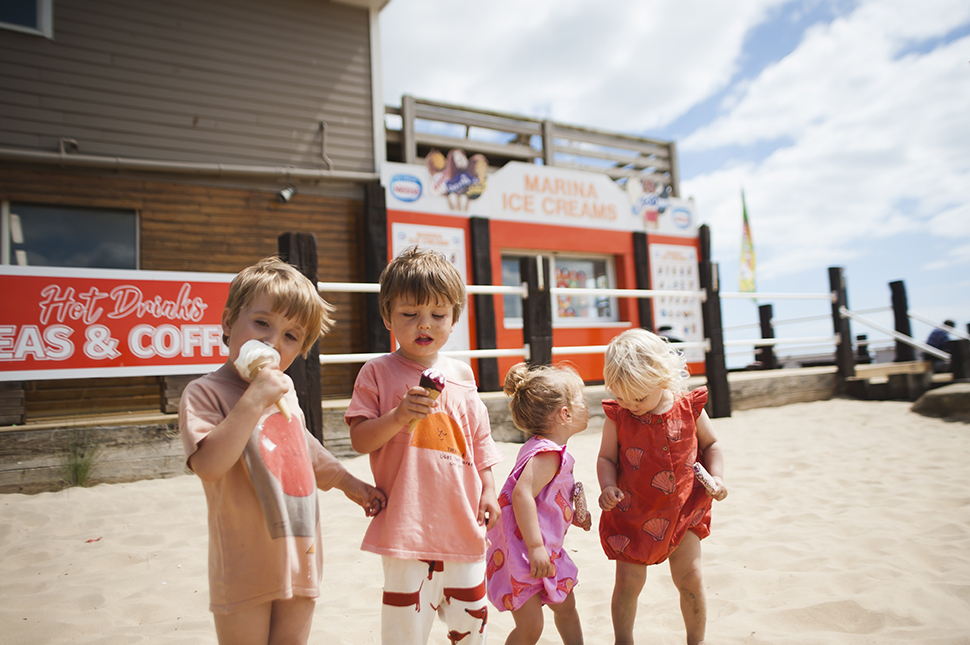 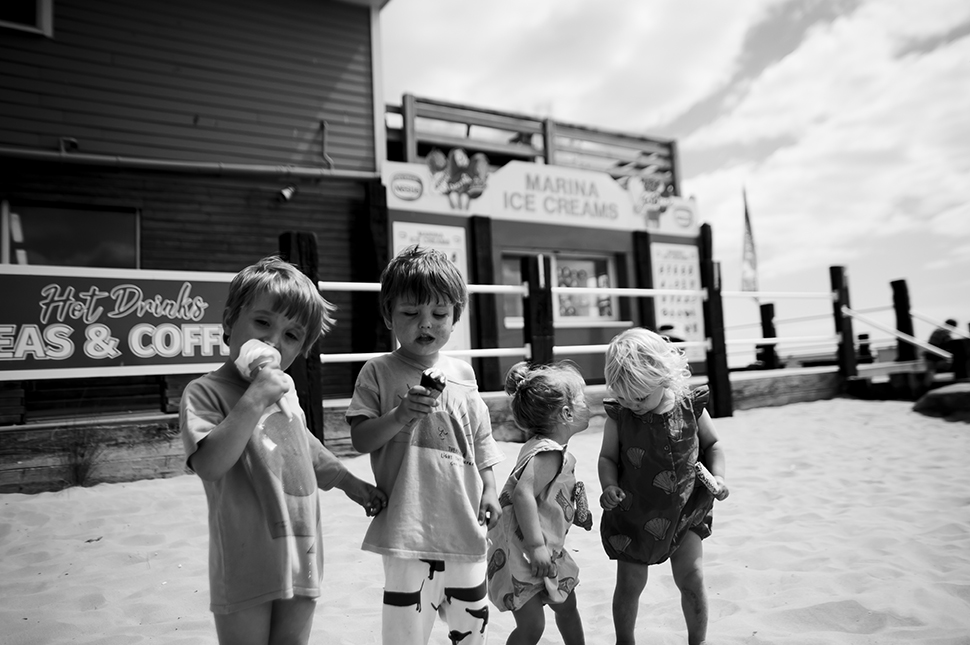 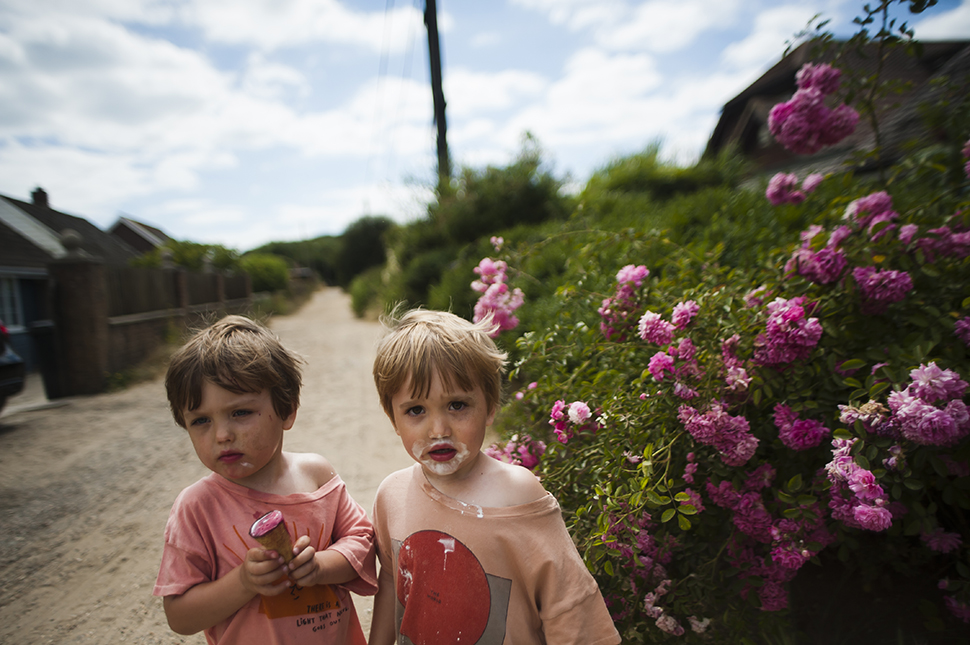 The boys expect ice cream with every meal on holiday, and they are so proud to hand over ‘their’ money and to choose their cones and a lolly for their sisters.  It is almost enough to soften the blow of leaving the beach.

A Love Letter to my Little Boys

Recent Portraits of my Boys

These children are such a joy. Each an individual which a strong character, but loving and aware of each other. Holding hands is such a beautiful expression of love. Xxxx