A while ago, when I was pregnant enough to show but not so pregnant that babies were an imminent reality, Babymule got in touch to offer me one of their changing bags in exchange for a few pictures on social media and the blog.  They haven’t asked for a review but actually, I’d like to tell you about my bag.  Because my Babymule bag is somehow one of the biggest assets in our arsenal when raising two under four.

I say this as somebody who didn’t have a changing bag with the first two.  Didn’t use one.  Nor did Kirsty.  When you’re wearing two babies you don’t really have room to carry a big bag as well.  That was her reason.  Mine?  I just refused to venture that far from the home with the boys.  Two bottles, two nappies, a packet of wipes stuffed in a carrier bag and I was sorted, that was all I needed for an hour or two of walking the dog.

This is the bag that came everywhere with me when I was pregnant.  Everywhere.  It’s big enough, and compartmentalised enough, that I could store my flip-babies-are-coming-now supplies (camera, video camera, hospital notes) in one of the pockets just in case by some small miracle I transpired to be one of those women who went into labour and popped them out in an hour, in the office.  Ha.

I liked that I could use one compartment for baby things and another for office things.  And there were still many spare for emergency chocolate etc.  Or a laptop.

It came back to the office with me until Kirsty demanded it.  She has this idea that items sent to the babies should belong with the babies.  She has a point. 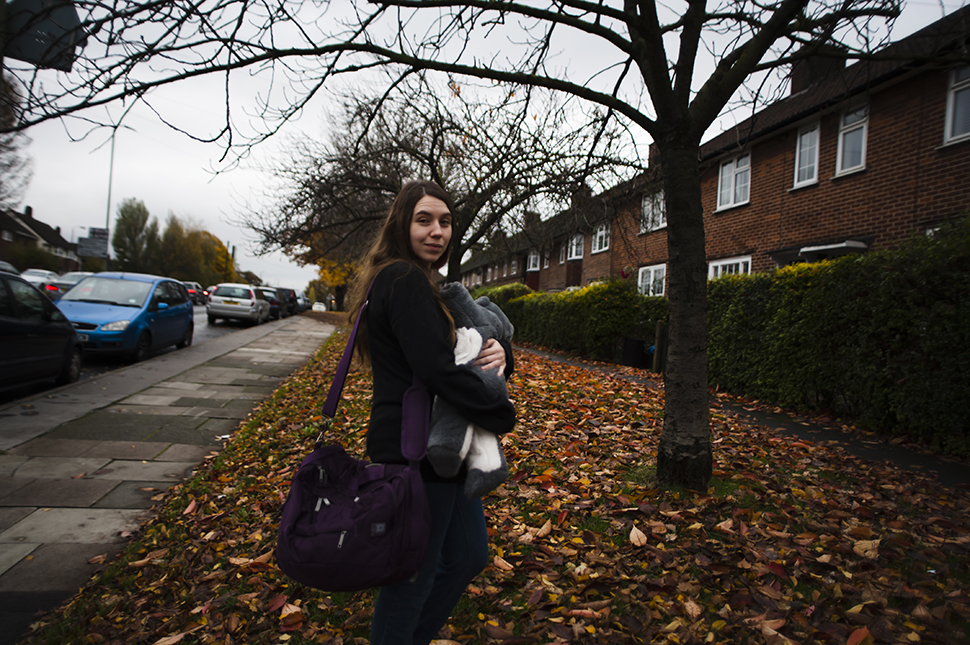 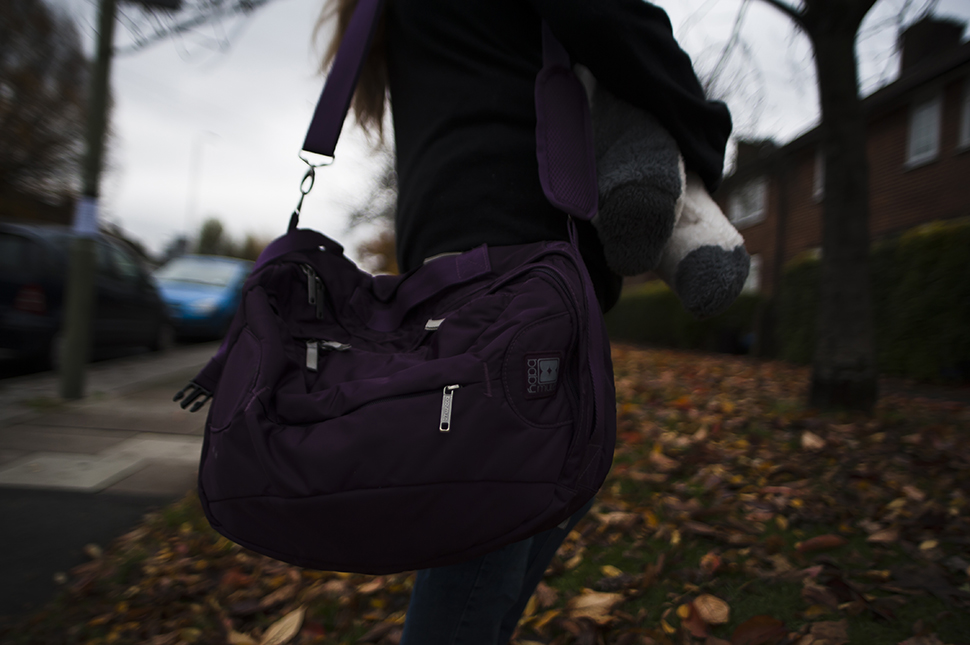 Venturing out of the house with four under two requires an awful lot of luggage: nappies and wipes, changes of clothing, healthy snacks for my ‘big’ two, expressed milk in bottles for the baby who prefers a bottle, more nappies and wipes and changes of clothing (trust me: it’s best this way!), distractions and toys for the bus, whatever random items the toddlers are insistant about bringing.  And that’s without factoring in our own essentials: iPhone and cash and cards and keys, perhaps a jumper in case the weather turns.  The camera, usually.  We don’t just spontaneously dash out of the house any more.  We PLAN.

It’s a good sort of bag for someone like me, someone who is prone to spillages and chocolate smears, because the material is that sort with the name that I knew before I was trying to write a review at should-be-asleep o’ clock, the one that easily wipes.  It’s a sensible bag.  It is very clearly a bag designed by a mum.

I’m not sure that it’s the most stylish changing bag, to be honest, but style isn’t really what you want in a changing bag.  It’s attractive enough.  It won’t embarrass you when you’re out.  And it is deeply, deeply practical.

It gets a ‘thumbs up’ from this busy mum.

Cosatto To and Fro Duo Review

Breastfeeding Update: This Is Hard

I love my Babymule bag!! It’s literally amazing. This is a lovely review Amber xx