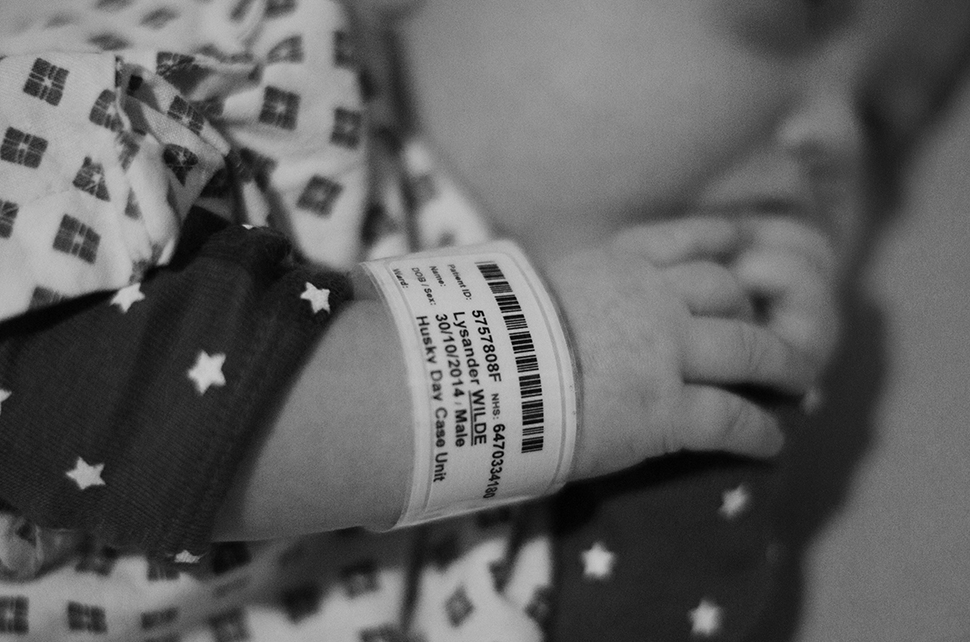 This has been one of the most awful weeks of my life.

And now that it’s finally over, I can talk about it.

It’s not a blocked tear duct.

We became aware of that fact last Thursday, when a trip to confirm Lysander’s blocked tear duct with the local opthalmologist turned into ‘I just need to have a word with my supervisor’, which turned into an examination from the supervisor and a ‘Will you wait here for a while?  I think I’d better have a word with a paediatrician’.  And that turned into a ‘We would see you here, tonight, but our facilities are limited.  This is the name of a colleague at St Thomas’s – he’s aware of you and would like to see you tomorrow morning’.

And suddenly we found ourselves being seen by one of the most respected opthalmologists in the country and our tiny son booked in for an urgent MRI under general anaesthetic.

It’s been a dreadful week.

We were sure that he had cancer.  It was the word that everybody seemed very careful not to say. 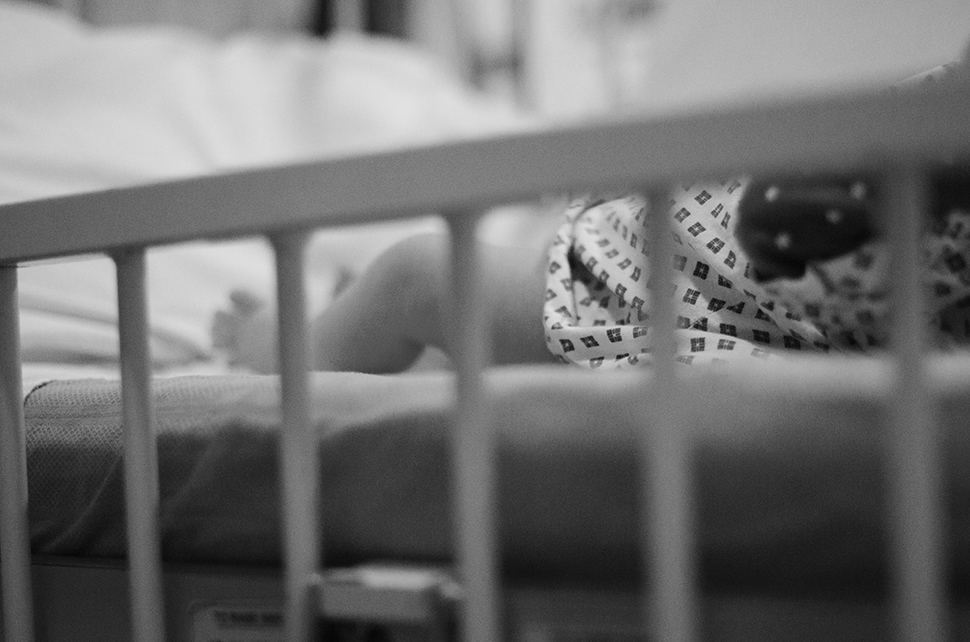 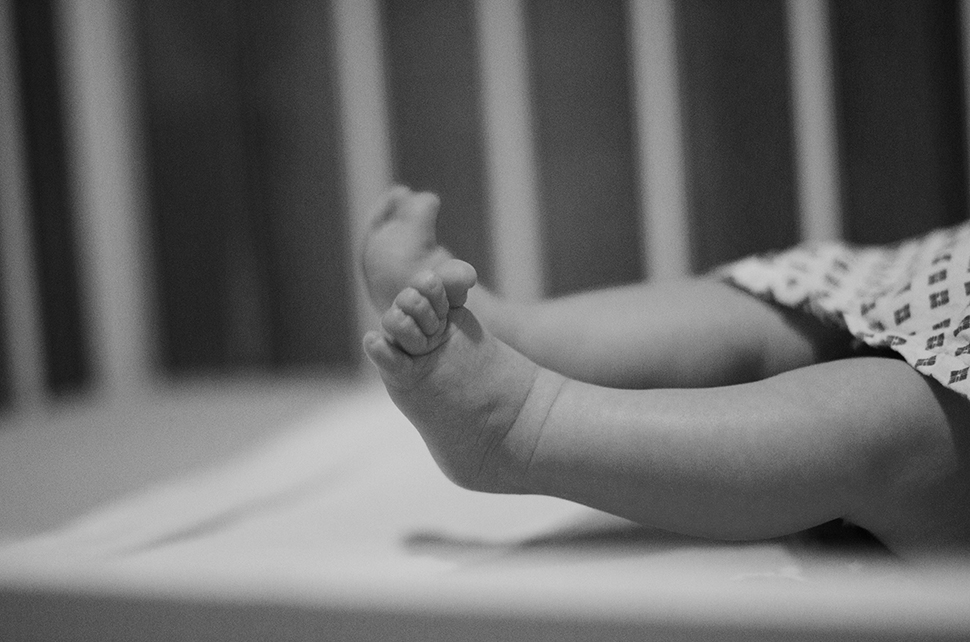 It snowed on the morning that he was due to have his MRI and we very nearly didn’t make it to the hospital.  It seemed like everything that could go wrong did go wrong.  I think that I have probaby aged by a decade this week.

It took two hours in a black cab to reach the hospital.  Two hours of a screaming, fasting baby whose misery continued through the long hours of waiting for a fresh slot to open for his MRI.  There was a general anaesthetic, a butterfly kiss on the cheek of an unconscious baby, his face still wet with tears. 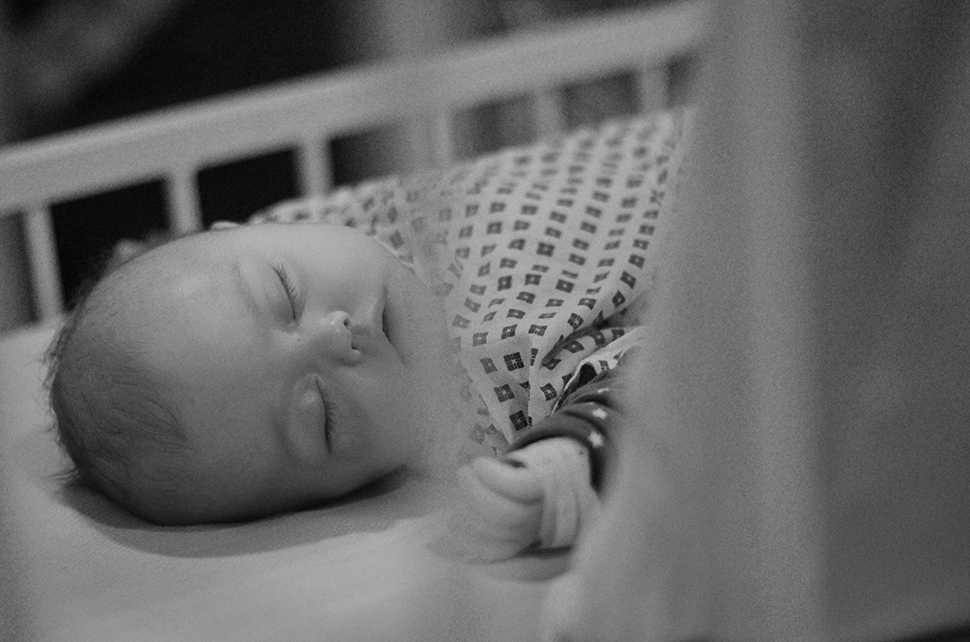 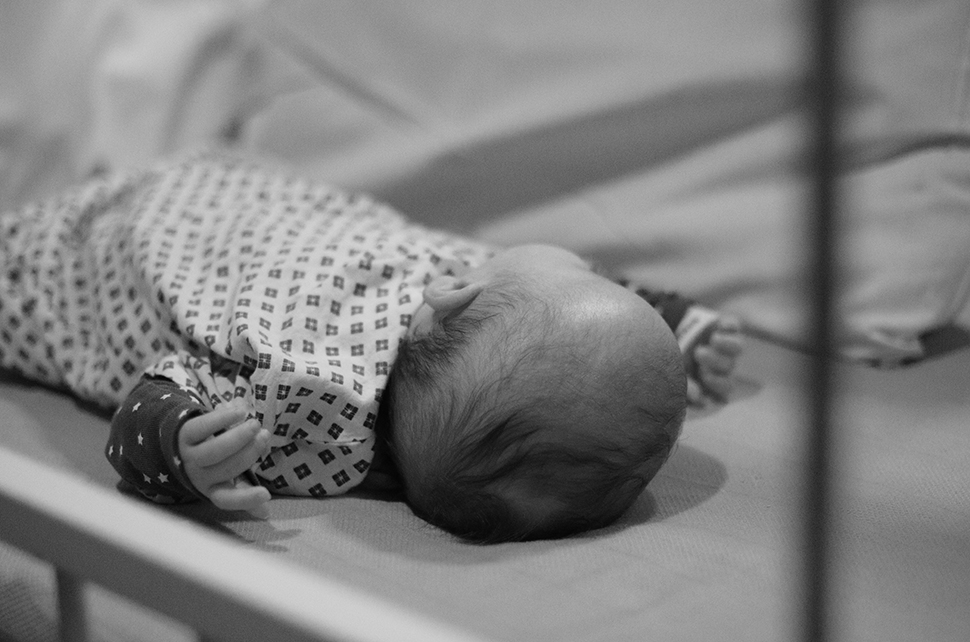 The nurse, concerned alongside me because the MRI seemed to be taking longer than it should.  Being rushed to his bedside when he finally woke, too hysterical for milk.  Holding him, stroking his hair, soothing him back to sleep.

But it was all worth it because the MRI yielded results and a few hours ago, we returned to the Evelina Children’s Hospital to hear the news.

It’s not a blocked tear duct.  It is a tumour.

What is causing the bulge under Lysander’s eye is a capillary haemangioma, a strawberry birthmark in an awkward position.  It will be treated with beta-blockers taken orally every twelve hours and this time in a year, it should be gone.

He’s going to be fine.

He’s going to be fixed.

We are holding our babies extra tightly tonight.  I feel grateful, I feel relieved, but mostly I just feel tired.  It’s been a very long week.  I was due to start back at work this week and did indeed go in on Monday, Wednesday and Thursday.  My employers have been brilliant and incredibly supportive, but it was just the worst week for this to happen.  I want to go to sleep for a long time tonight and not wake up until noon.

Fat chance of that, with baby twins.  We have a better chance of dancing on the moon tonight than an uninterrupted sleep.

But it’s okay because there’s an alternate universe somewhere where we didn’t get good news today, where we would be trying to decide what information to share with friends and family.  Where every moment would seem even more precious for its fragility. Where we would be wondering whether we would eventually raise one of our twins not as a twin, where we would one day tell Balthazar “You had a brother once”.

I am counting my blessings and going to bed. 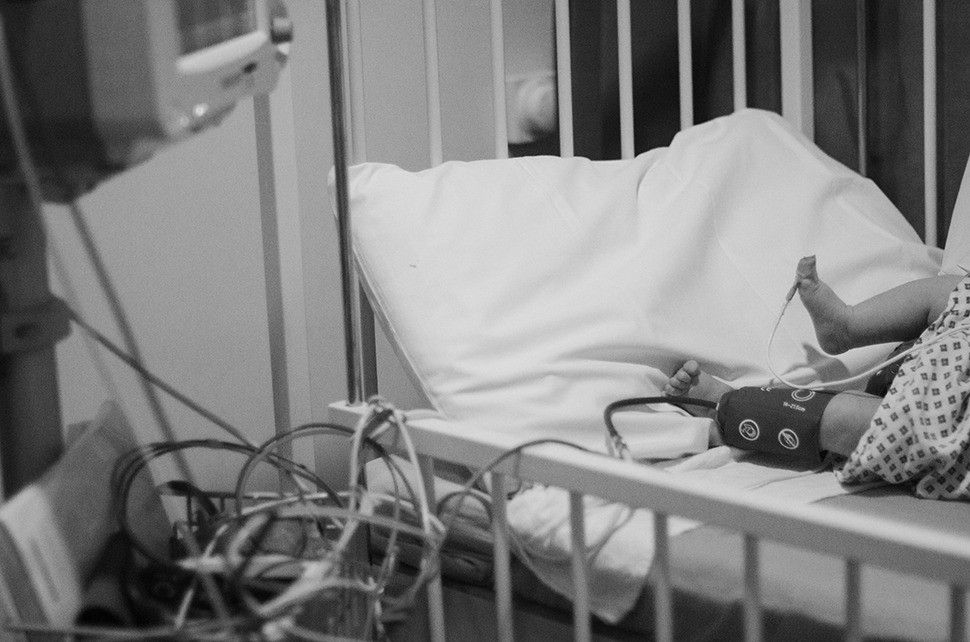 I’ve just read this while it felt like my heart had stopped, so goodness knows how your week has been. I am so relieved for you and am so glad your little boy is going to be OK. A close friend of mine had a similar experience recently, sadly her beautiful baby lost his eye, but she still has him and he is now cancer free. Hearing that news was the best ever.

I still remember watching my tiny baby have MRI’s and X-rays and all the blood tests possible, it is such a traumatic time and you would do anything to take away their pain. You may feel shaken for a while, please keep talking and writing as I really think it helps.

Much love to you all.

Oh my goodness, what a scare… 🙁 I hope you’re all ok, it sounds like the most horrible week, I can’t begin to imagine! Thinking of you x

i feel very emotional after reading that post and I am new to reading your blog. I am so glad the news was good, but what a horrendous week you have had. I bet you haven’t put him down since you’ve had the news, I wouldn’t if it had been mine. X

Goodness what a scary time for you, I am so glad that your beautiful baby is going to be ok, I can’t imagine what you’ve been through this last week. I hope you can relax a bit now you know he’s just fine. Lots of love xx

Oh my goodness what an awful week for all of you. So scary and heartbreaking. I had tears reading this post but I am so happy to hear it has a positive ending. I know it is still going to be a tough ride but you’re all still going to be happy and together. Big hugs to you all x

Oh gosh, what a week. So pleased to hear your baby boy is OK.

Oh good grief am crying for you. Can not imagine how dreadful that was for you. Thank God it was benign. I’m so sorry you had to go through that lovely. Sending hugs xxxx

Oh my goodness. I am sat here crying. I am so glad everything is ok and I hope the beta blockers work quickly.
I can’t imagine how you must have both been feeling. Sending a great big hug xx
Also, your photos are stunning and the way you have written this is beautiful. I’m so glad I found your blog xx

Oh, what a difficult time for you all. I’m so sorry to hear about all of this, it must have been such a scary few days for you. Thank goodness you were sent to see the specialist so quickly though and it was benign. Lots of cuddles needed! x

Oh goodness, I am so glad everything is going to be ok but what a horrible week to have. Hope you have cake and yummy things and a calm weekend x x

I read this post with my breath held. I’m so incredibly relieved for you that everything has turned out ok. Sending much love x

Having read this post with my breath held, I’m just so incredibly relieved for you that everything has turned out ok. Sending much love x

Oh my heart was in my mouth. What an awful week. I’m so pleased it all turned out ok in the end. A long road but a positive one. Hope you manage to get some rest this weekend. X

What a horrible week for you all. Im so glad the outcome was that it’s benign x

When I read the title of your post my heart leapt into my throat! I can’t even begin to imagine what you’ve both been through this week and I am so very glad that the news turned out to be good. Vx

Oh what an awful week you’ve had! I’m so glad for you that you got a diagnosis relatively quickly and it turned out to be something treatable. It must be an enormous relief x

Oh my word what a sad post to read, but so glad that it had a happy ending! And all on the week when you started back at work. Urgh, life can be harsh but I am so glad that in a year he’ll be fine and dandy.
lots of love x

Oh my gosh. You’ve coped so incredibly well. I can’t imagine how heart breaking it must have been to force him to fast. And the relief on hearing that the tumour is benign. Give the twins extra cuddles from me. Xx

Oh what a roller coaster of emotions you have been through – I am so glad that this ended well and that it is benign, what a relief. All the best, must have been a horrible week 🙁

how awful and scary for you all. I am so glad for you all that is benign and he is Ok. It really puts everything into perspective. I’m so glad it was sorted and treated so quickly so you didn’t have to prolong it all. Big kisses to you all xxxxxx

We’ve (my husband and I) have been looking through your blog since we chatted on Twitter briefly. We saw pictures of your sons, and we chuckled because in a couple of pics, we thought that he must have taken a typical tumble and bruised his eye. Then this post caught my husband’s eye, and we both immediately realised the real story.

You both must have gone through so much those months ago. Does it feel like an eternity ago, or can you still re-live those terrifying feelings like they were yesterday?

Thank goodness he is going to be ok. It simply isn’t fair when children are sick.

Perspective, indeed. A story with a happy-ending xx

Wow a fascinating post as someone who had heamangiomas on both eyes! I know this is an old post, so hopefully all is well now and the fear of that week is a distant memory, I’m just amazed that for me medicine has moved on so much, a pill sorted the problem, I had to have 4 surgeries where they removed them (or attempted to, it was/is very big).