Body Positivity and Being Brave

I was browsing a parenting facebook group recently, as one tends to do when one is a mother on one’s lunch break, and an acquaintance posted the most beautiful photo of herself standing half dressed in front of the mirror, holding her new baby. It made me smile to myself because she looked as I remembered my immediate postpartum period with the girls: the exhaustion, the vulnerability, the pride, it was all there. And so too was the physical remnants from a full-term pregnancy, the body that had not quite ‘pinged’ back in to shape the way that the media would have us believe it should be.

I was proud of the group as they admired this photo, complimented this mother on her bold body-positivity, the beauty of her smile on her tired face, the scrunch of the small one asleep on her shoulder. It made me remember those early weeks when mine were new, how fragile we all seemed – sleep deprivation blurring the outlines between night and day, when they needed to feed so frequently that wearing clothes seemed nonsensical and I once startled our neighbours by leaning innocently out of a window to greet them wearing nothing but a pair of knickers.

When I remember those days, I remember how beautiful I felt standing outside in the sunshine feeding my babies. How powerful and capable and feminine I felt as I watched my toddlers chase each other about the garden and my partner and I loved on the tiny daughters in our arms. I remember closing my eyes in sheer elation, because this was exactly as I was meant to be and I was doing exactly what I was meant to do. After battling postnatal depression with my first set of twins, the ease of the postpartum period with the second was hard won, astonishing and euphoric. There were moments that almost broke me – returning to work sixteen days after the girls were born was one of them – but on the whole? I felt like a goddess.

That is what I remembered, as I admired this relative stranger’s picture and read the comments. It transported me back to a happy place.

Partway down the thread, a comment gave me pause. A woman commented that it was subjective, that she would be unhappy if she hadn’t lost all of her baby weight three weeks after giving birth. All of her baby weight. Unhappy, with a safe and successful birth behind her and a baby in her arms. I wanted to let it go, but I couldn’t. I thought of those vulnerable, emotionally raw new mothers who might be reading the thread, wondering what was wrong with them that they hadn’t lost all of their baby weight, feeling like failures because their babies were a month old, three months old, six months old, one year old and still breastfeeding, still keeping them up in the night, and try though they might they still looked as though horror of horrors, they had gestated a baby. I thought for them, and I hurt for them, and so I responded. Gently. I know from working with wounded animals in the past that if you poke at a fragile creature’s wound, well-meaning or not, it’s not unlikely that they will snap.

She did. She snapped.

My heart hurt for this woman, who told me that she would rather kill herself than be fat, who advised me to go and eat a cookie rather than judge her for her choices. And I hope so much that the baby weight melts away, that she never has to fight her body, loathe the reflection she catches in passing windows. I hope that she always finds it easy. 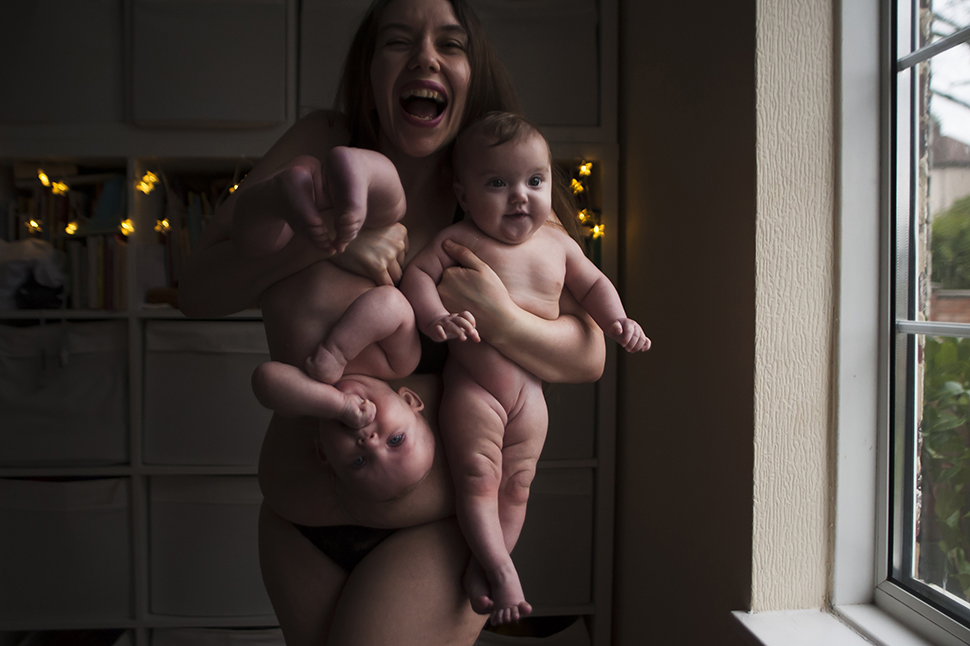 I have been the child struggling to come to terms with her body, with the fact that she even has a body. And I have been the adolescent with a whole psychiatric team, whose mother searched her bedroom every night, who should probably apologise for the fear that she put her family through. I am no stranger to self-hatred, to wanting to hide away from the world, to change and to not exist.

I’ve been there and I’ve done that and I refuse to go there again. And I have experienced postnatal depression and found myself lacking, I too have gazed at myself in a mirror and barely recognised that woman, have wanted to scream: “Failure, Failure, Failure”. I have found myself transported back to the impotency of childhood by my own sheer inability to control my mood and my life and my body.

Never again. No, thank you.

The hormonal aspect of PND one can’t help. It descends on you like a glass box and I do think that a swift trip to the GP is absolutely the best thing that one can do if one finds oneself feeling a bit wobbly or if somebody else suggests that one might be acting a little odd, but in my experience there is also a self-care element of preventing or fending off unhappiness. You have to like yourself. And if it doesn’t come naturally, then I’m a big fan of faking it until you make it because actually sometimes it works.

I set out to document my body as it changed  with the girls. In part I was driven by curiosity, in part by excitement. I was ready to watch myself expand, to become a world. In part it was fear. Fear that I would struggle to attach to these babies, that the pregnancy would pass as though the babies weren’t mine at all. Fear that my body would change in unwelcome ways, would let me down. And there was hope, too. Hope that it would go ‘right’, that motherhood would be this glorious triumphant blaze with me at the centre, euphoric and incandescent.

And actually all that I learnt was that as with everything else in life, there is no ‘perfect’. And I learnt that if you take a moment to look, you can find the beauty in that too.

Friends, when we take a moment to be kind to ourselves, we show others how to do that too. When we show pride in ourselves, our bodies and our achievements, we give our friends permission to do the same with their own, we show them that they can. And won’t the world be a better place for that positivity?

Join me please. Let’s not tear ourselves down in private or in public, but instead think of ourselves as our friends, and treat ourselves kindly. And who knows where that journey may lead us, or what wonderful adventures in confidence and happiness might result.

Can we be brave?

Strawberries in the Sunlight

I love this post Amber, I’ve nodded along the whole way through. And I remember that thread on facebook clearly, the horror I felt at that girls comment and the immediate sadness replacing the horror that she chooses to view the world in that way. The photo of you and your daughters is absolutely stunning, xx

I LOVED this post Amber, I read it just at the right time as I’m now 4 months postpartum and those thoughts of ‘should I have lost the baby weight by now?’ have started to creep in, especially as we are having warmer weather so I’m having to reveal more flesh and get out my old summer clothes (most that don’t fit). Thank you for putting my mind at rest, reminding me of the things my body has done over the last year and that I’m not alone

This is beautiful and came at just the right moment, my daughter is 2 and I’m 29 weeks with her sister to be. I never lost that last little bit of baby weight as I knew I wanted another and refused to put any pressure on myself but the doubts have crept in as I slowly expand again. You have a beautiful way of putting things and I shall book Mark this to read again!