When people learn that I have children as part of a same-sex couple, they’re always most curious about the other half of the twins’ genetic heritage.  Most of the time they’re polite enough not to voice their questions which is funny to me because actually, I’m not shy about talking about it.  So if you’ve always wondered, here are the answers that I rarely have to give:

It was quite surreal, yes.

You’re interested in the cost?  We paid £100 to access the catalogue, £370 for the sperm itself and £300 for it to be couriered to London from Denmark.  Then £1,000 for the pregnancy slot with the HFEA.  That would be quite inexpensive, yes, except that we had to factor private IVF on top of that.  Fortunately it worked on the first try.

We do know quite a lot about the donor, yes.  We have a photograph of what he looked like as a baby (quite a bit like Lysander, actually), his medical records, lots of questions and answers about his personality and a wonderful letter that he wrote about himself and his values, amongst other things.

Yes, the boys might well have some half-siblings out there.  The HFEA allows ten families to be created using sperm from the same donor.

It would be quite ghastly if the boys ended up having sex with their half-siblings, I agree.  But really what are the chances?

We would prefer it if you didn’t refer to the donor as their ‘dad’. thanks.  He’s just the donor.

He is open to being contacted in the future.  When the boys turn eighteen, they will be given his name, passport number and last known address so that they will be able to track him down if they’re interested.  We will probably be buying them each a plane ticket for their eighteenth birthday.

No, we won’t mind if they choose to know the donor.  We selected him based on the knowledge that they probably would want to explore the other half of their genetic history.  He seems like a pleasant chap – we’ll invite him to dinner parties and try to find pieces of him in our children.

Yes, we feel tremendously fortunate.  They’re wonderful children.  We’re not worried that the donor will turn out to be a psychopath and that the boys will take after him, actually.  But what a good plot idea for a really crappy novel.

Does he know about the boys?  I think he can find out how many children have been born using his genetic material and their sexes.  I hope that the knowledge makes him feel happy and proud.

If I could tell him anything?  I would tell him that they are beautiful and bright, that they have changed our lives for the better.  I would tell him that we are grateful to him every single day for giving us these children.  That I hope that one day the boys decide to meet him, so that he can see the enormity of what he helped to create.  I would thank him for seeing the potential in families like ours, for knowing that a family doesn’t need a penis at the head of the table in order to be a loving and fulfilling one.  For giving us the opportunity to be mothers. 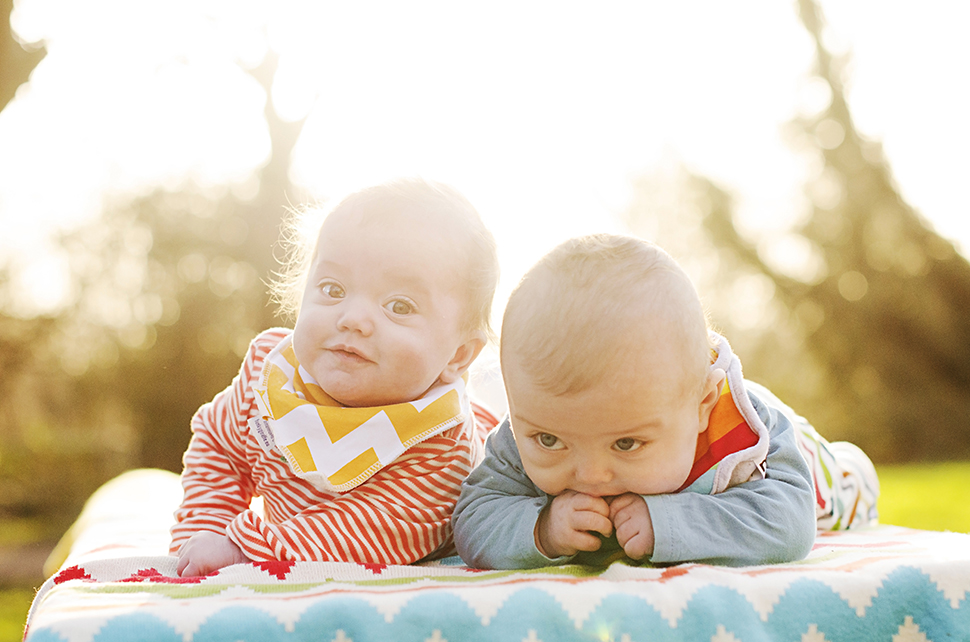 Dogs and Babies: An Update

I loved reading this! I’m so glad that the donor is happy to be contacted in the future, it must be an odd feeling knowing that someday some inquisitive teenagers may knock on your door with a long list of questions! I had a couple who also got their donor sperm imported from Denmark a couple of years ago, although sadly it wasn’t a success for them (though they had a child early this year that is amazingly genetically both of theirs after two attempts in the UK thanks to a Japanese clinic where they now live) but anyway… they also said it was odd to pick from a catalogue, she likened it to picking new curtains from Argos but with slightly more importance!

The way you write never fails to make me feel emotional! Another beautiful post. x

This is really great to know, my gf and I really want to have babies in the future so your blog is a great perspective for us! We love your posts, your boys and your story! I don’t know if you guys have ever shared how you met and everything but that would be a great post too! Love you guys, greetings from Brazil!

As someone considering becoming an egg donor, I found this a fascinating read. Especially about the part about not minding if they contact their donor. As a potential donor myself (albeit of eggs not sperm) I would never consider them my children, but understand they might have questions about their DNA.

Thanks for an insightful read xx

[…] was asked to write about donor sperm and started venturing more into gay parenting issues.  I was proud of my post to Dolce and […]