Home Twins A First Birthday for Embla and Olympia
Twins

A First Birthday for Embla and Olympia

So, now they are one.

When I think about it too hard, it feels like pressing down on a bruise – that dully blossoming awareness of damage, of something not right. It doesn’t hurt – not exactly – and yet it is not an entirely comfortable feeling to realise that never again will Embla be all eyes and not much else, an unreal squish of newborn tucked against my shoulder, and Olympia will never again fall asleep in my arms, small and soft and dribbling milk. That they are no longer babies, really, but toddlers with pigtails (Embla) and words (Olympia), who sleep in their own bedroom, sit up to the table at mealtimes and know their own minds so strongly that these days, they are all them and not a bit of us.

I just typed ‘I don’t know where the time went’ but then I deleted it, because I do know. Their babyhood passed at home with me here, in the office. I stand by my decision – my being here was the best thing for everybody – but it came at a cost, and this was it. Their babyhood passed, and I missed most of it. 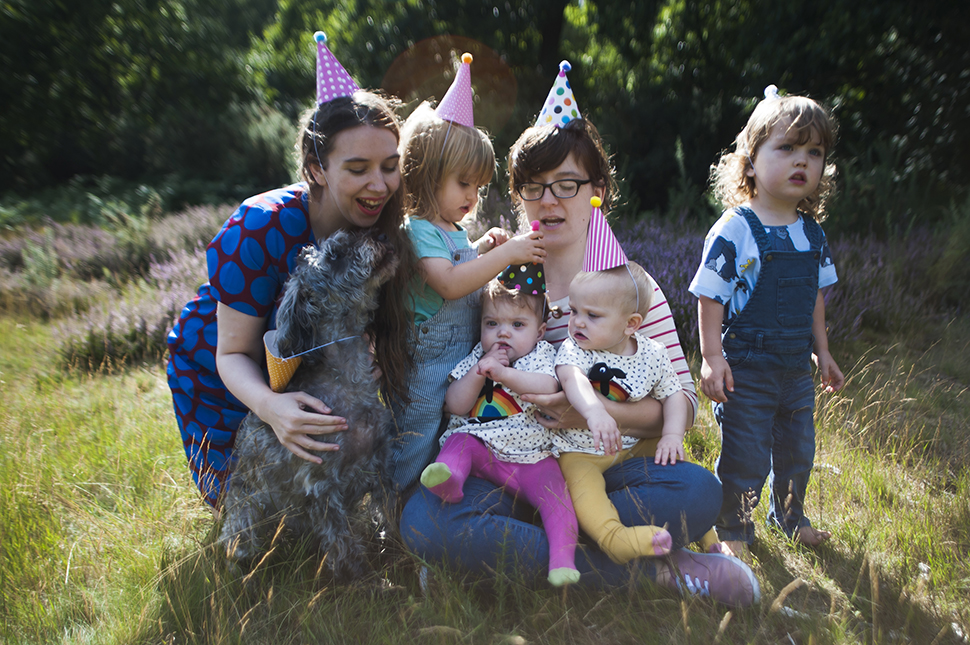 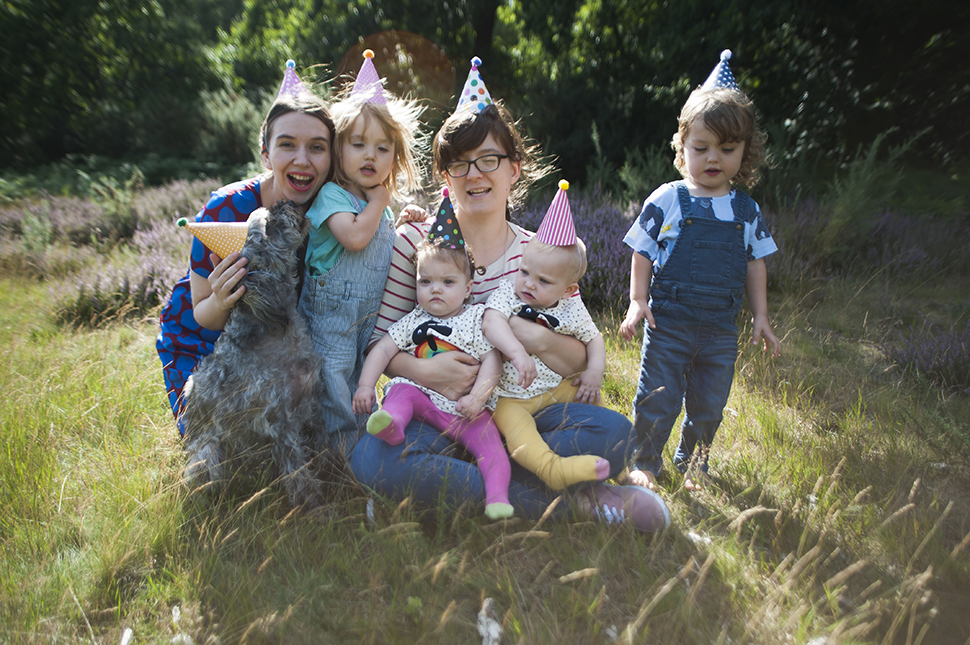 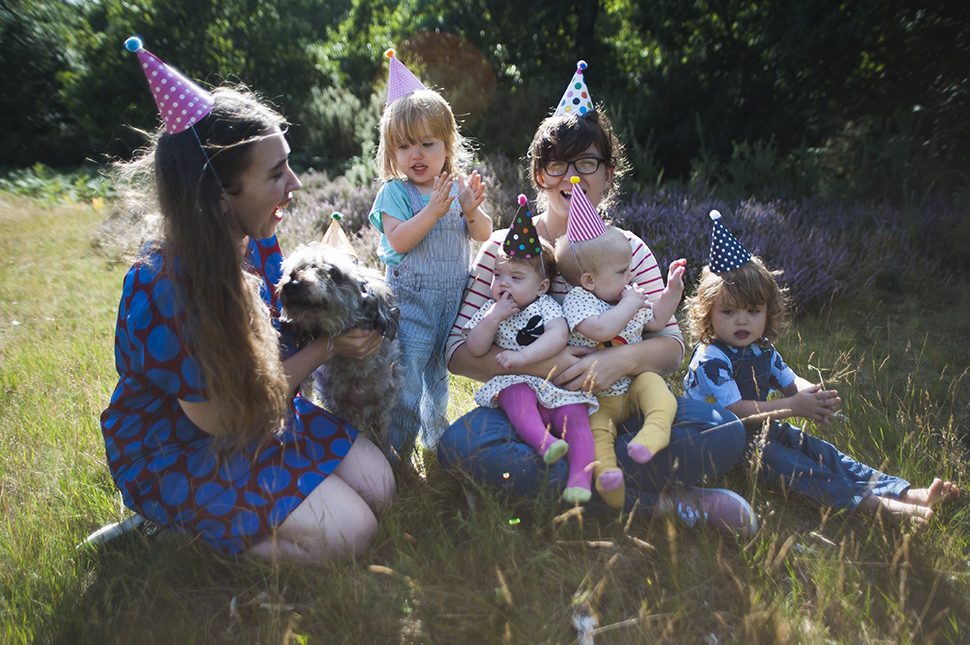 Nonetheless, there are memories that I treasure. Olympia’s first smile, disproportionately powerful for such a wobbly, gummy thing, her first-to-me steps and the way that she fell, laughing, into my arms. Embla’s little copycat games, hands-on-the-head, the way that she is startled whenever we speak to her, how she laughs out loud with delight. Her twinkle-star summoning hands when she wants to be held, which is all of the time.  And they know, Polly especially.  They might see less of me than they do their other mummy, but they know that they are mine too.  Our daughters.

I wish that I were a good fairy, such that I might bestow great gifts upon them in celebration of their birthday.  But most of what I want for them is quite ordinary: a first day at school, dwarfed in they’ll-grow-into-it uniform, excitement and anxiety playing across their faces; a perfectly collected sitting trot, and the exhilaration of loosening the reins and galloping up the hill, as a centaur; the four of them, laughing about the dinner table; falling in love for the first time; the pride and exhaustion of a first child.  I want for them to have normal, happy, healthy childhoods, to seize adulthood with enthusiasm, to greet the world like a friend and to make it their own.

I know, like every mother knows, that they will be formidable.  They will be indomitable; they will be bright, good, they will make a difference to the world.  And at times, in early morning and late at night and at the weekends, I get to watch them grow. 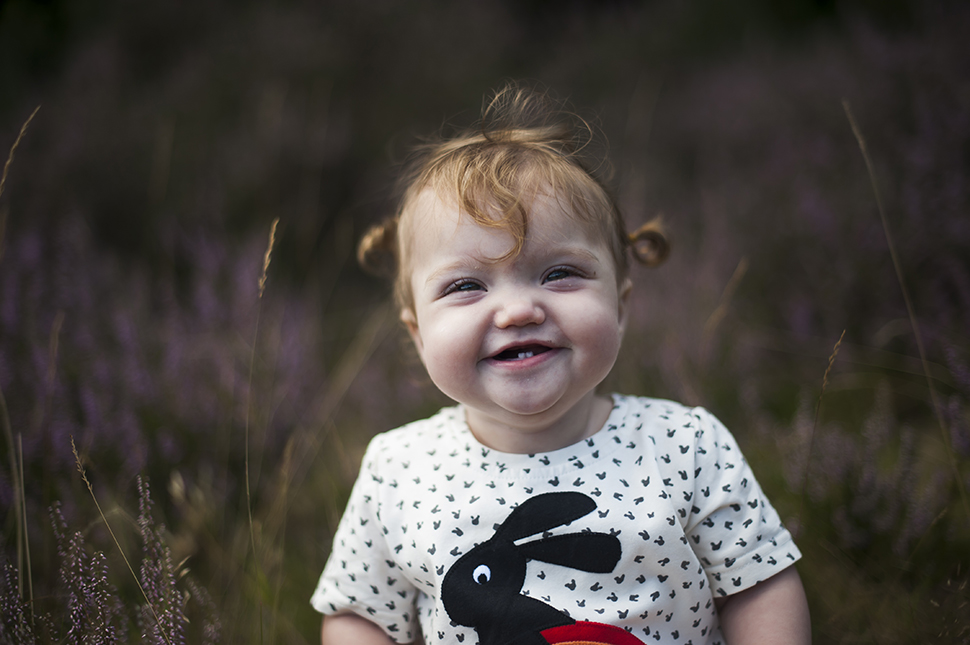 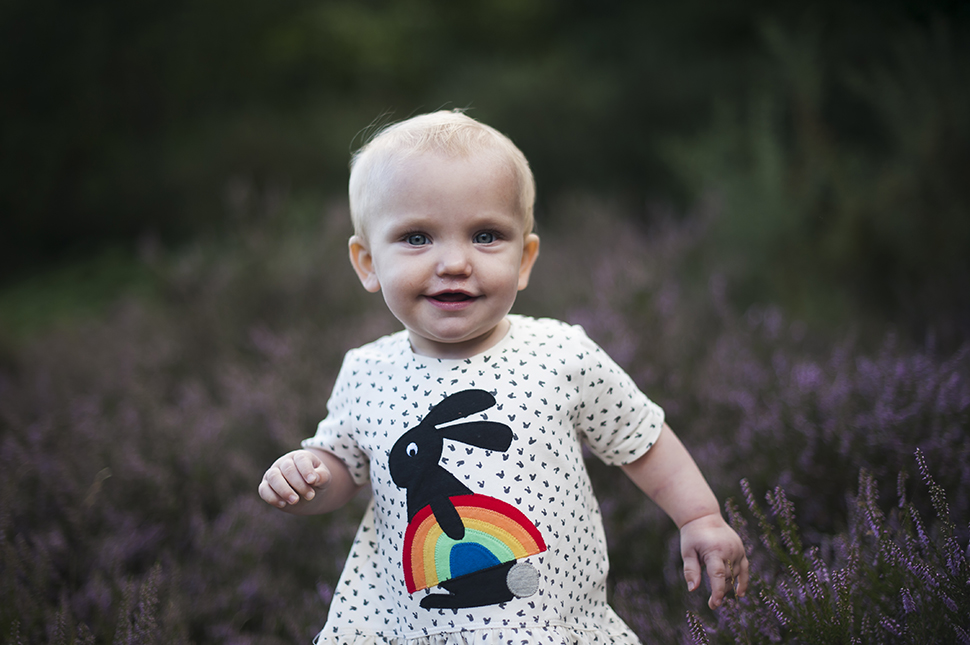 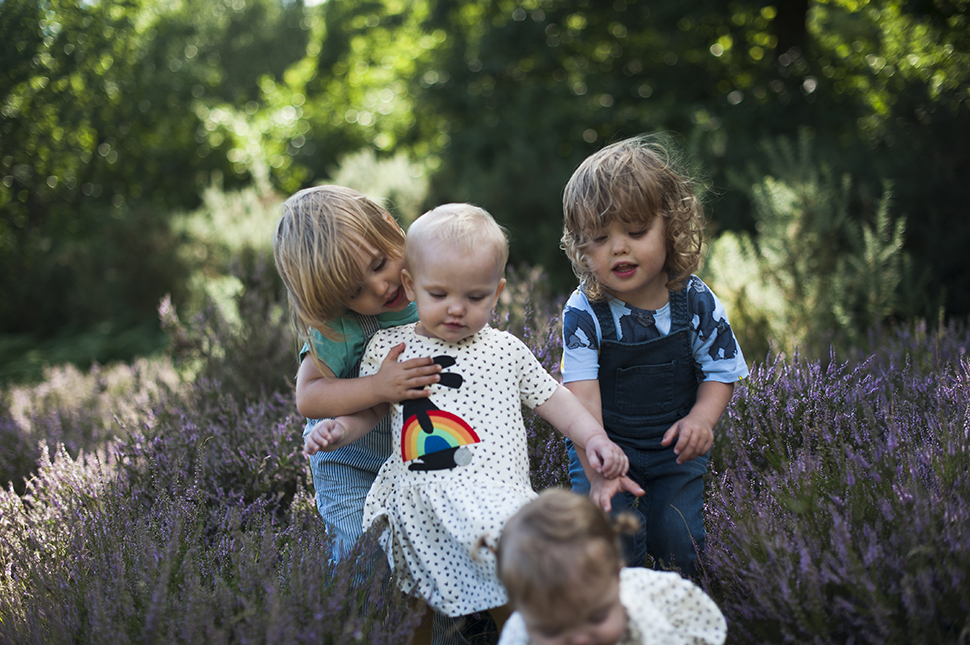 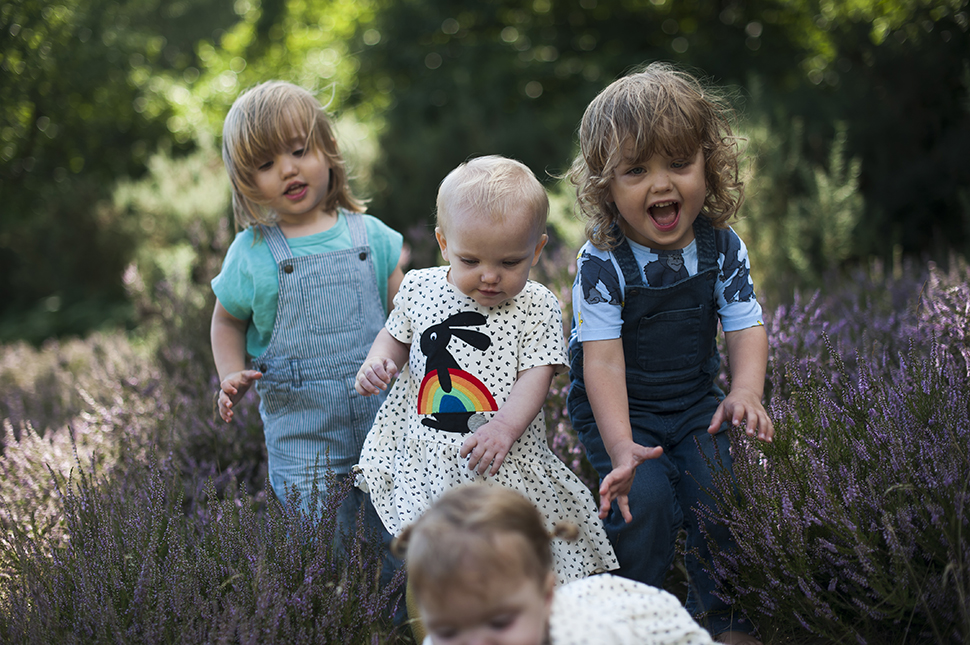 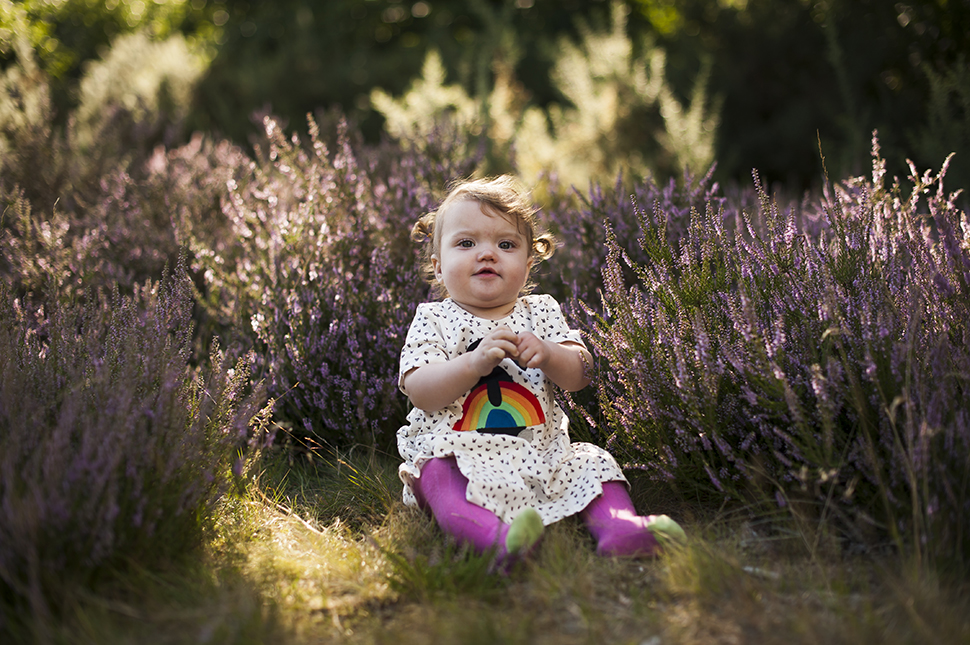 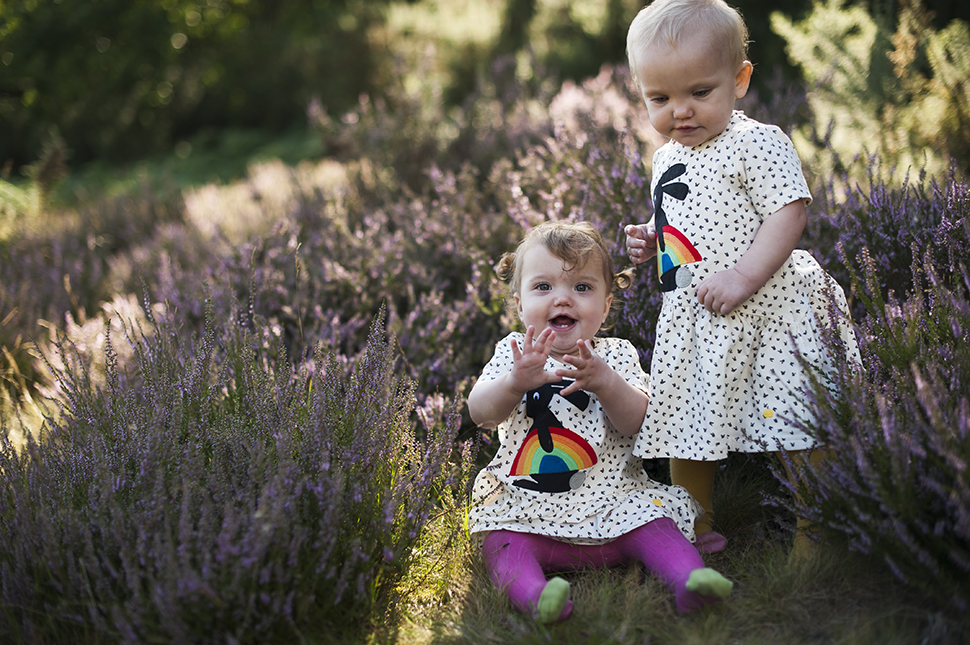 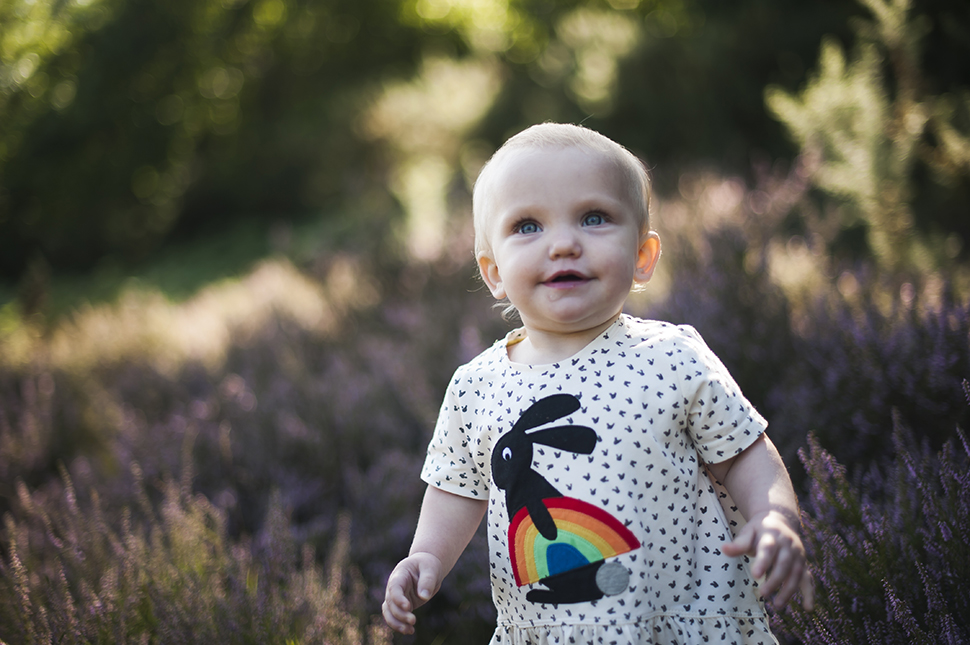 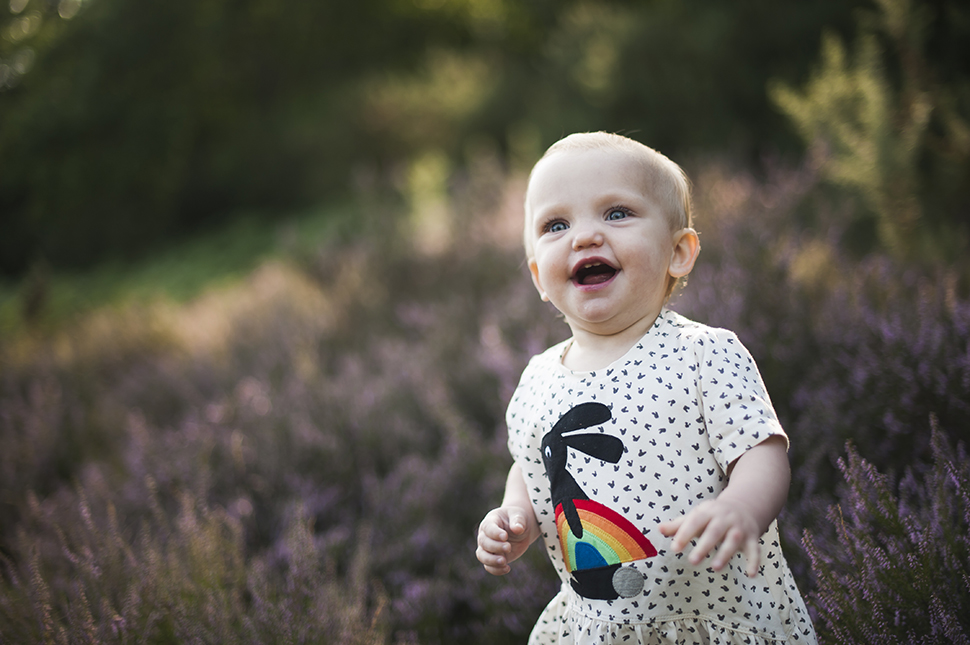 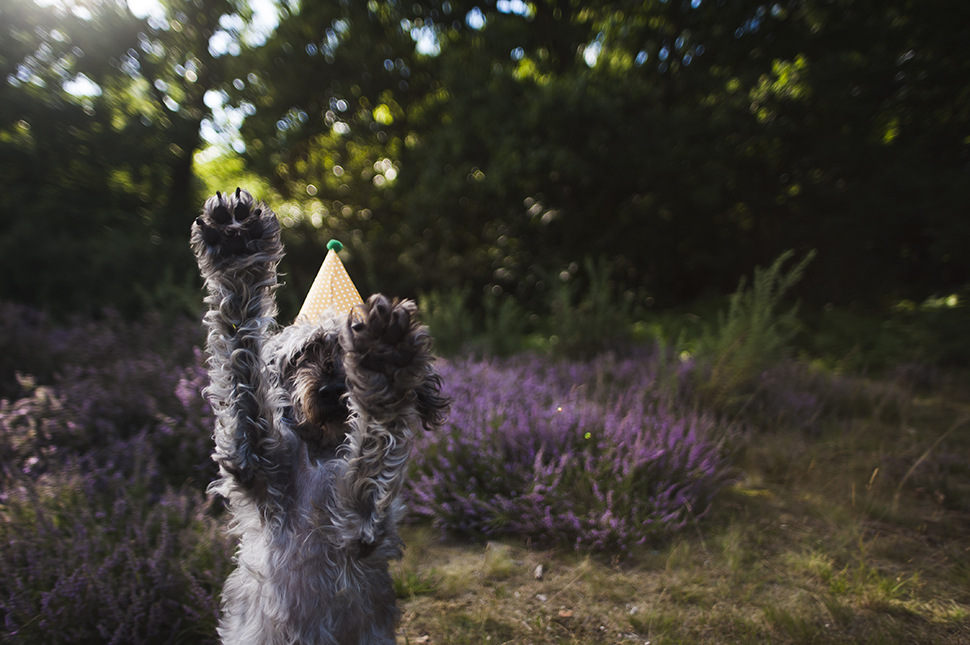 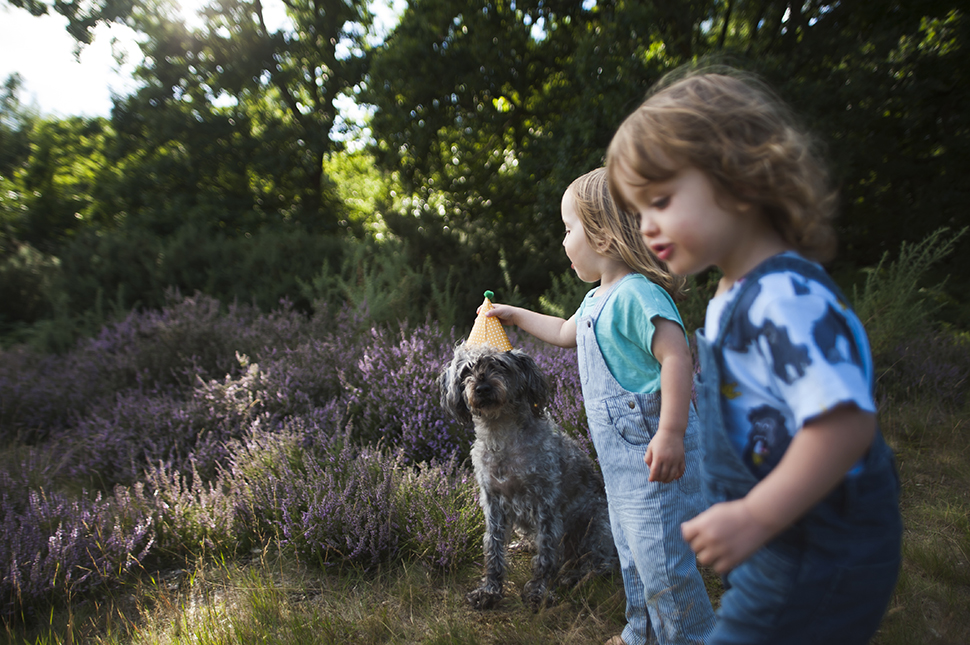 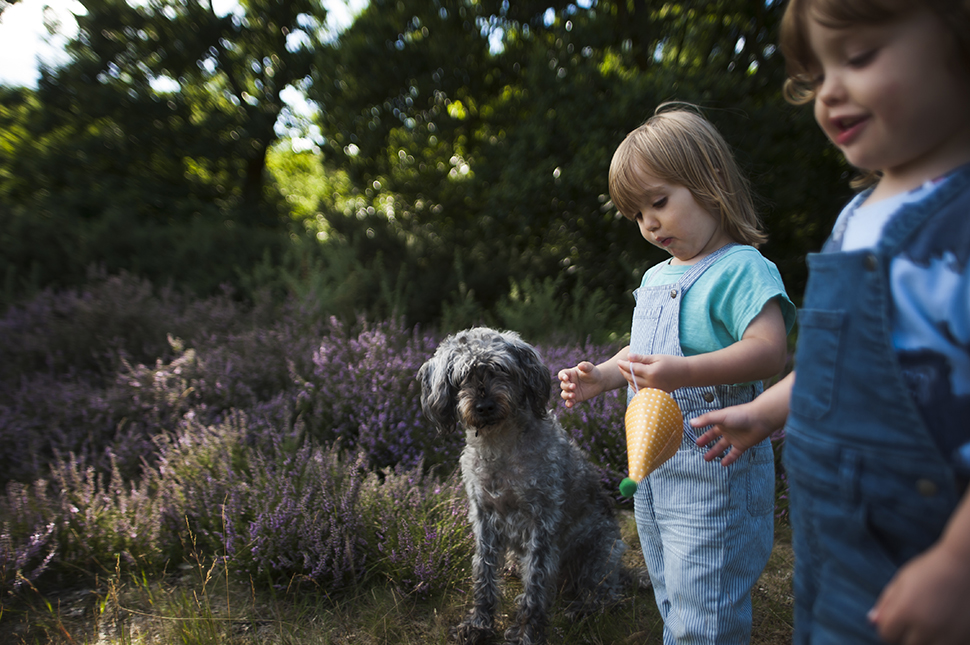 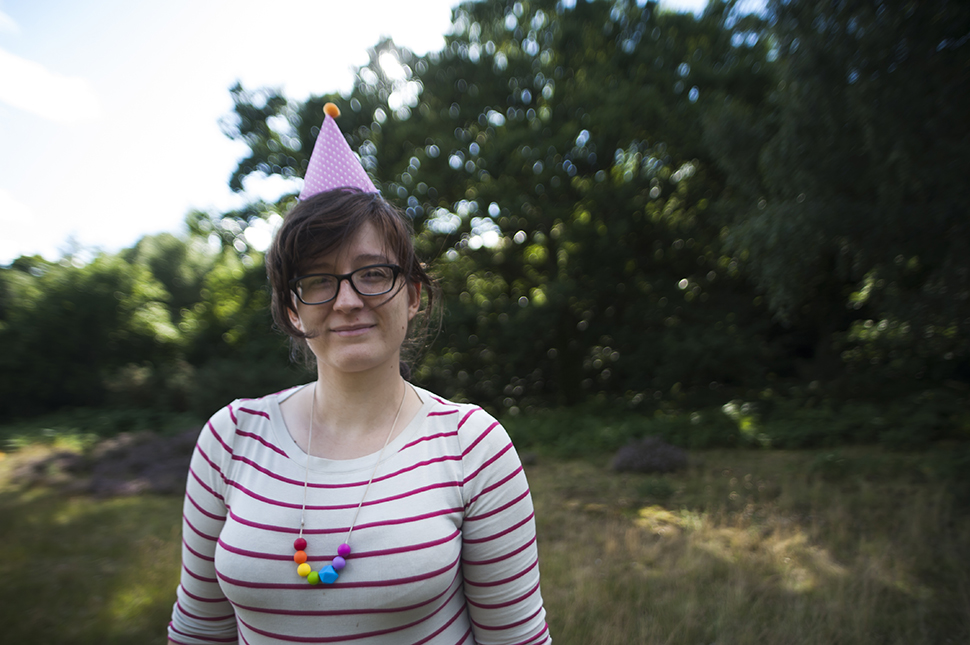 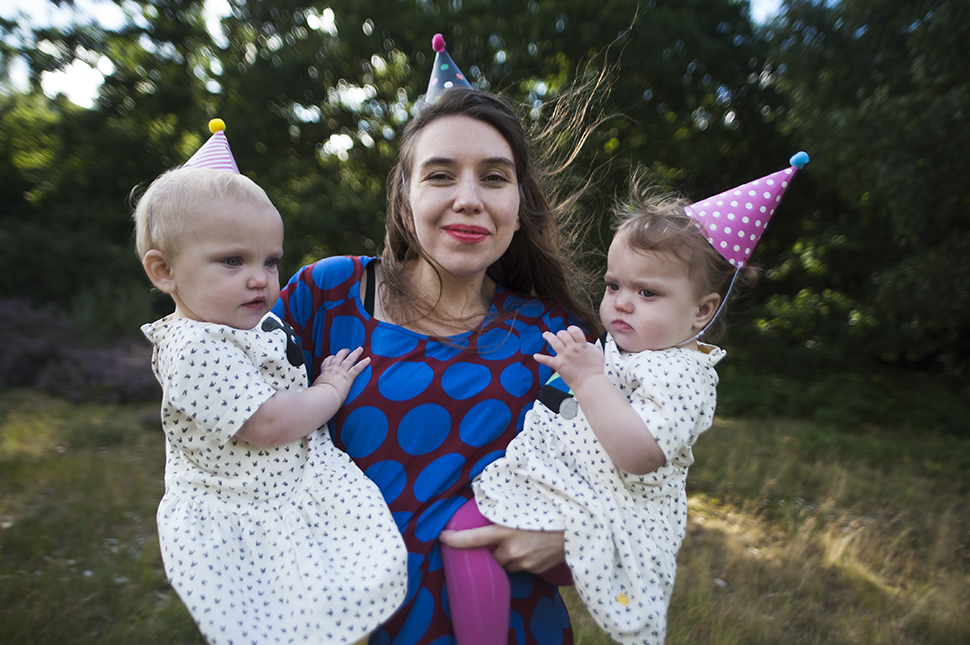 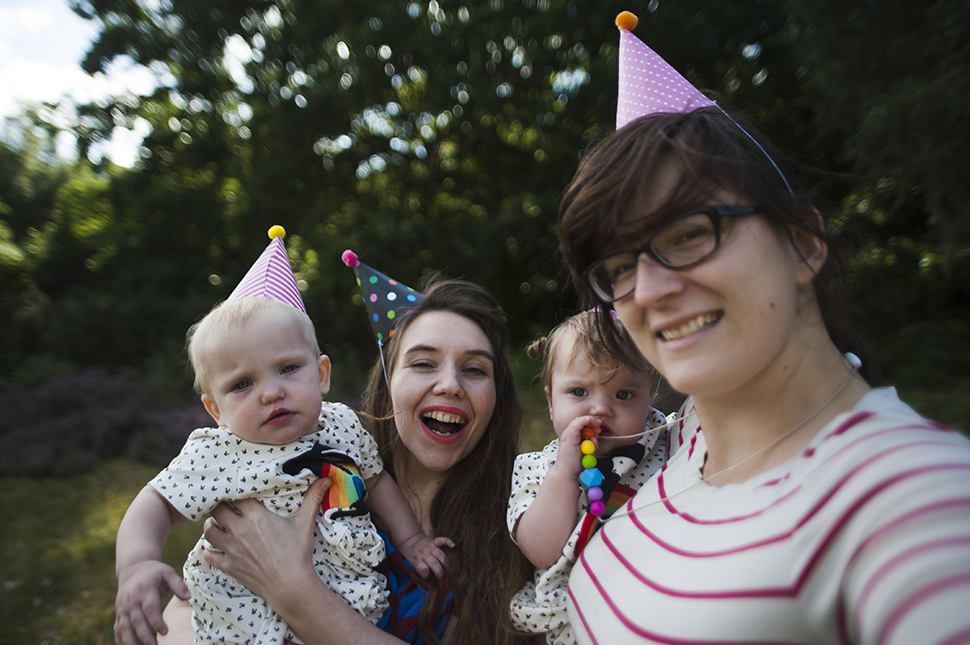 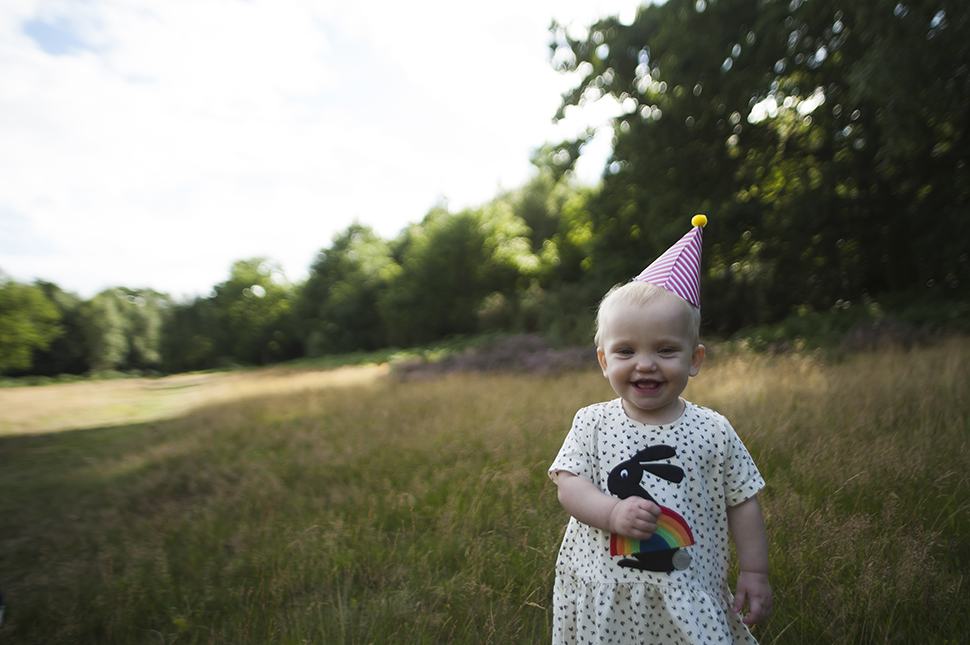 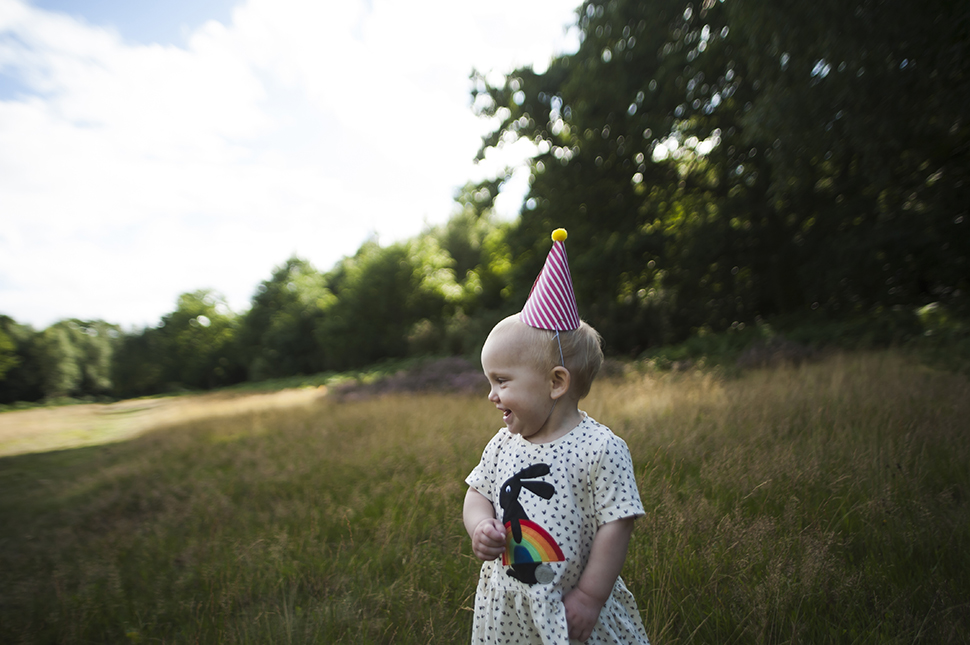 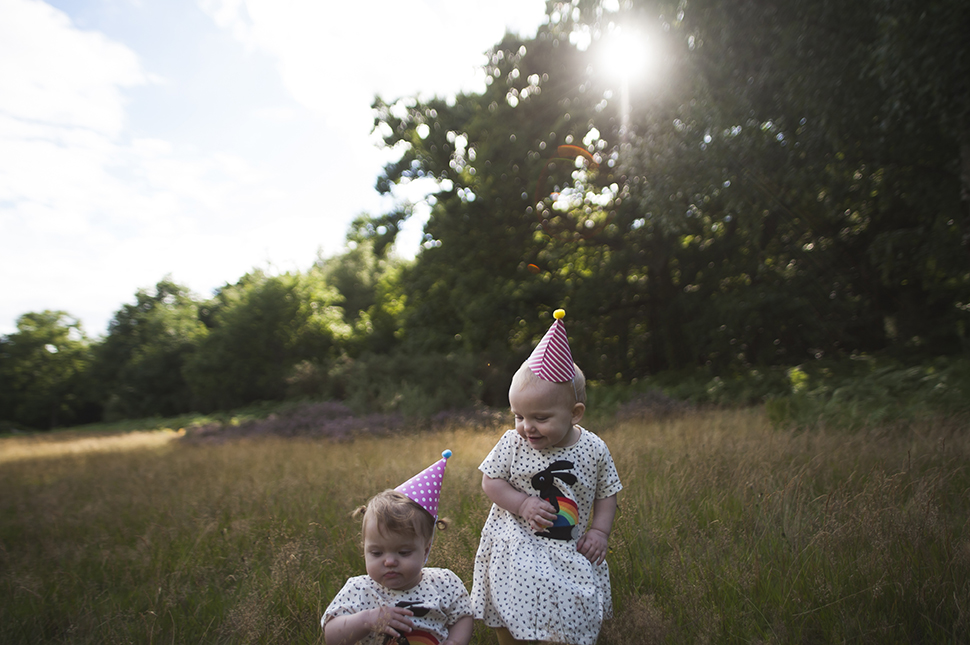 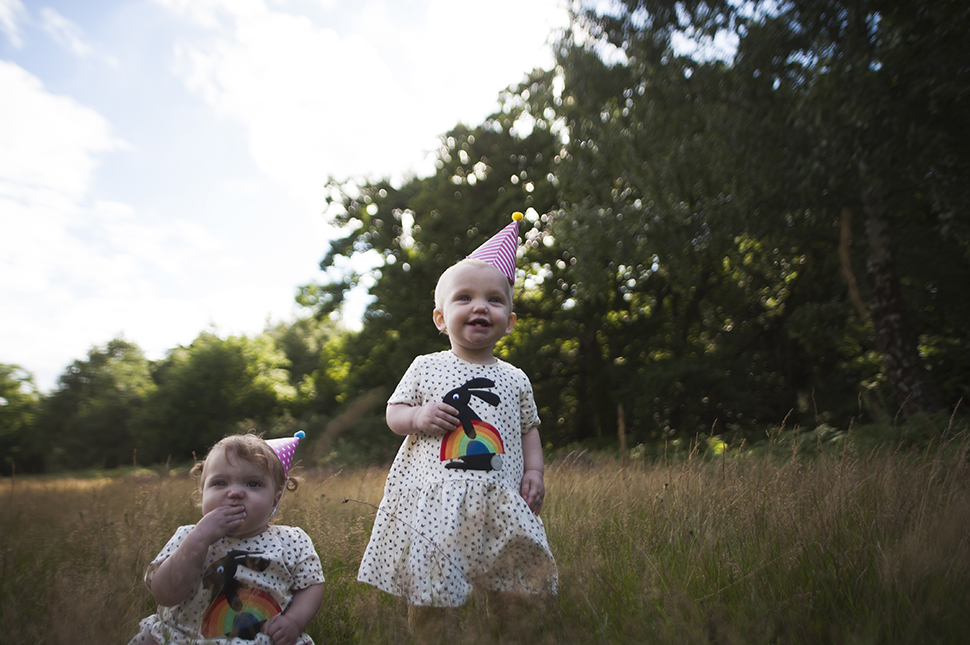 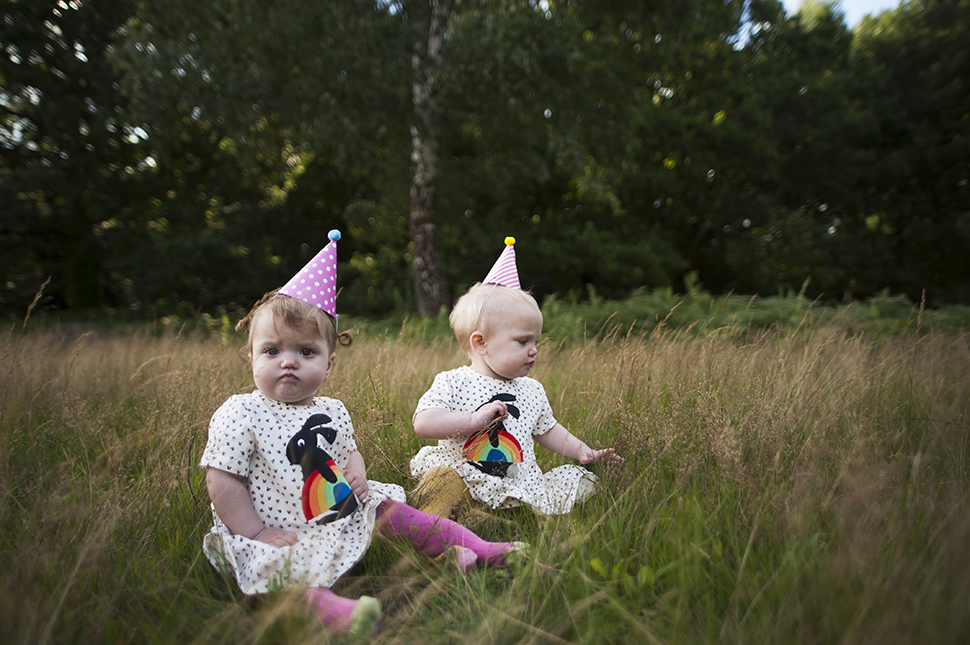 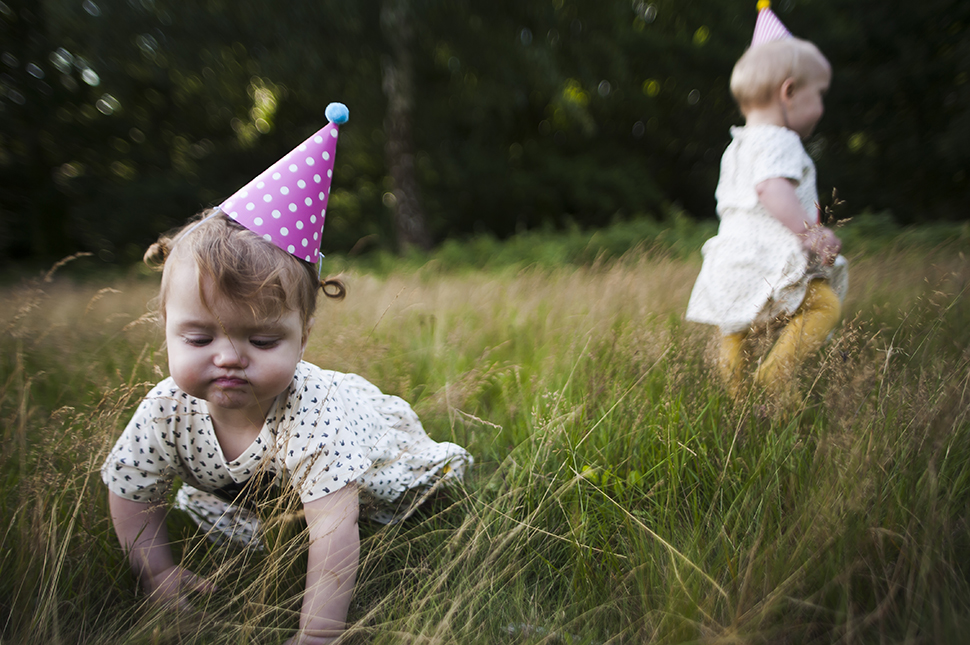 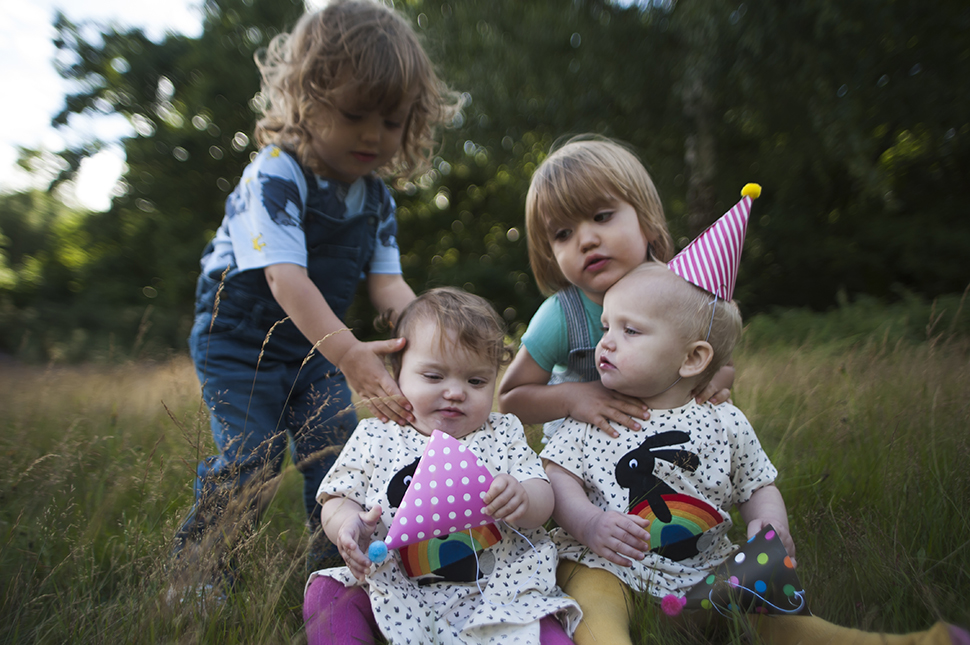 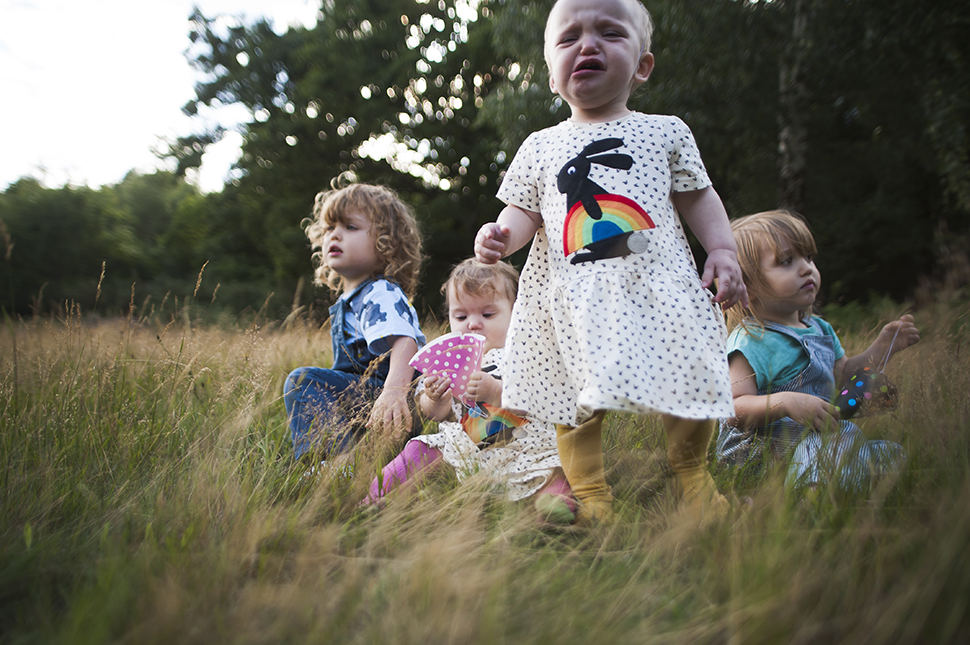 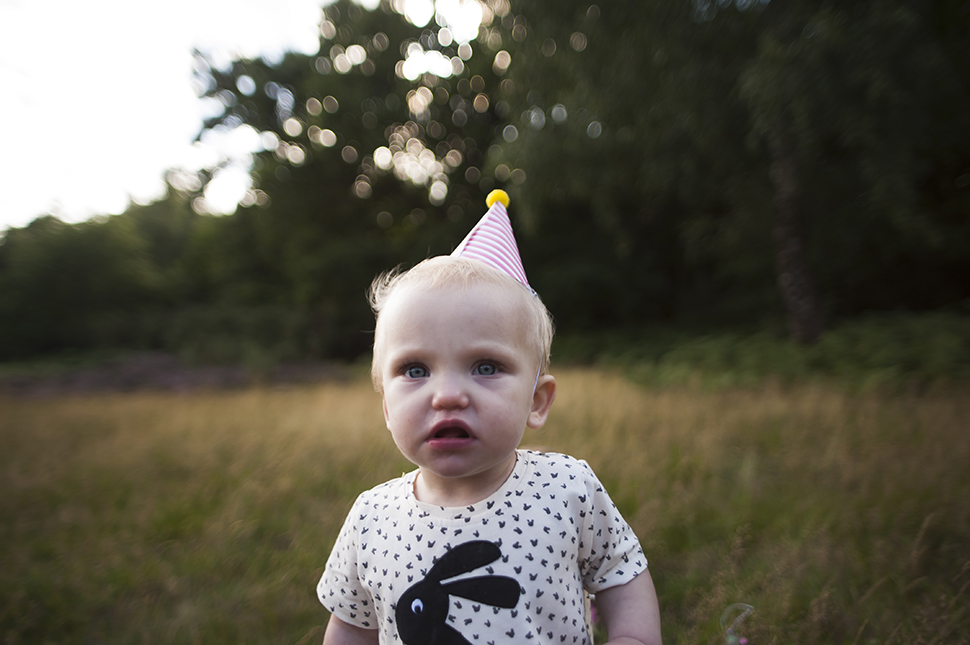 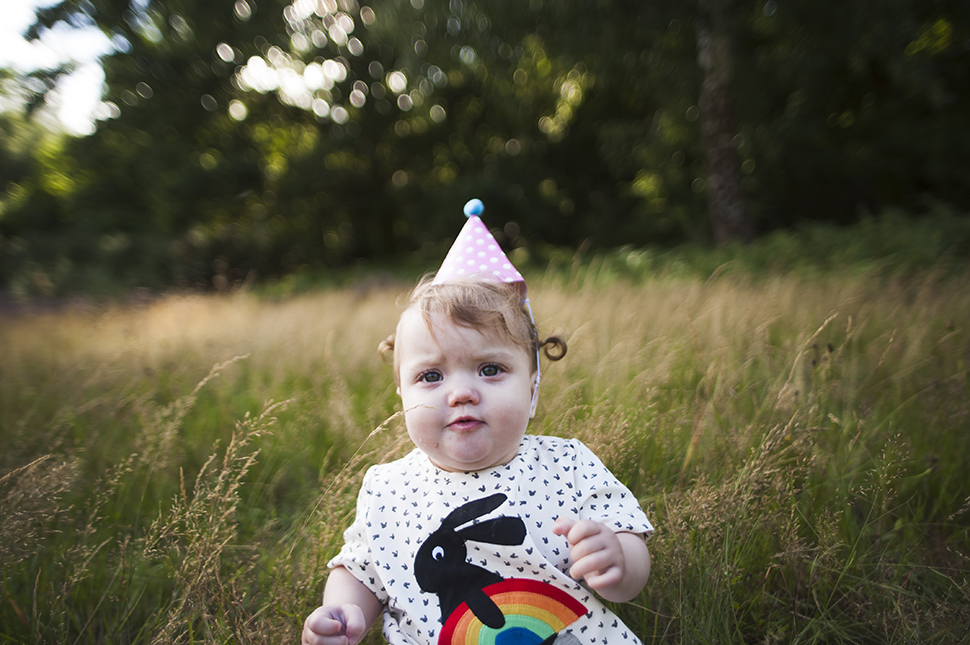 We recorded a 12-month development vlog for the girls if you’re interested in what they’ve been up to recently, what they can and can’t do etc.  It’s a bit sweary – I kept forgetting which twin was which, and this was our fifth attempt at recording this thing so patience was a bit frayed by this point (primarily mine!  The girls had carrot sticks and were happy as anything).  But if you fancy a watch, I have embedded it below.

So those are our girls at twelve months old.  I’d love to make more vlogs for our channel.  We have a clothing haul, a baby names video and a chatty vlog about early signs of twin pregnancy coming up  If you’d like me to record anything in particular, let me know in the comments and I’ll try to schedule it in.

A year, friends.  They have been alive a year.

Happy birthday. What a lovely set of photographs to mark such a special occasion.

Your writing takes my breath away. It’s so so beautiful. And the photos! Ah this is my favourite 12 month update post ever. Off to watch the video now. Happy birthday girls! x

Oh my so scrummy! Such a beautiful post! Alice just turned 1 too – I wish they could all be buddies 🙂 Loving the blog header – its new right? x

Oh Happy Birthday what a huge milestone to celebrate. These are just darling too. Love the outfits so pretty. Sounds like you are making the most of summer in celebrations. #meandmineproject

Amber these images, I am in love! They have such a whimsical sense to them. Beautiful photo keepsakes of a very special birthday indeed.

Oh my! Your children are just adorable – I love the girls’ dresses! You all just look so happy all the time 🙂 #MeAndMineProject