Home Twins The End of the Fourth Trimester
Twins

The End of the Fourth Trimester 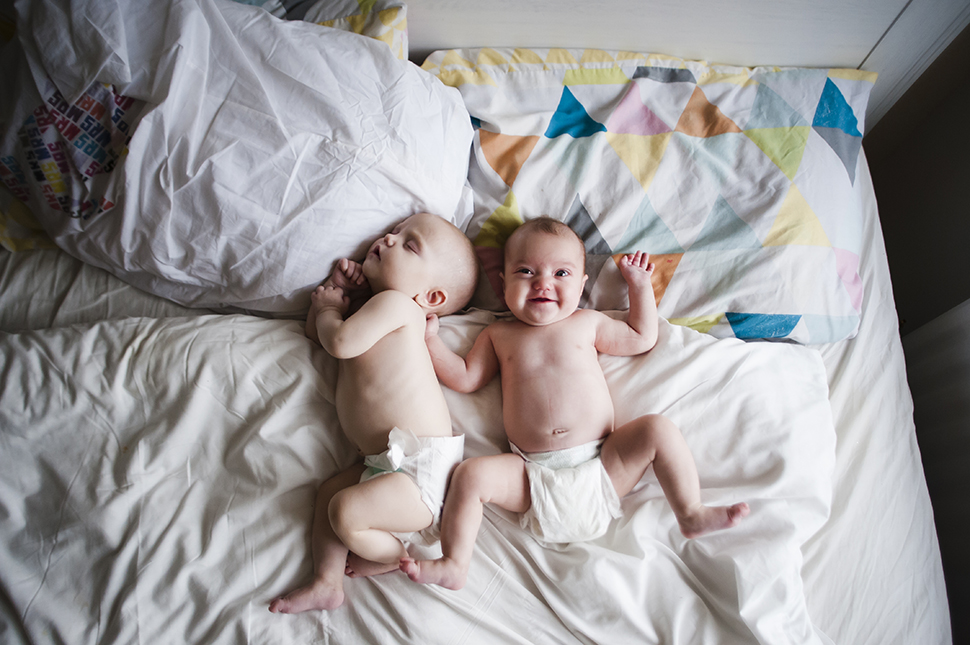 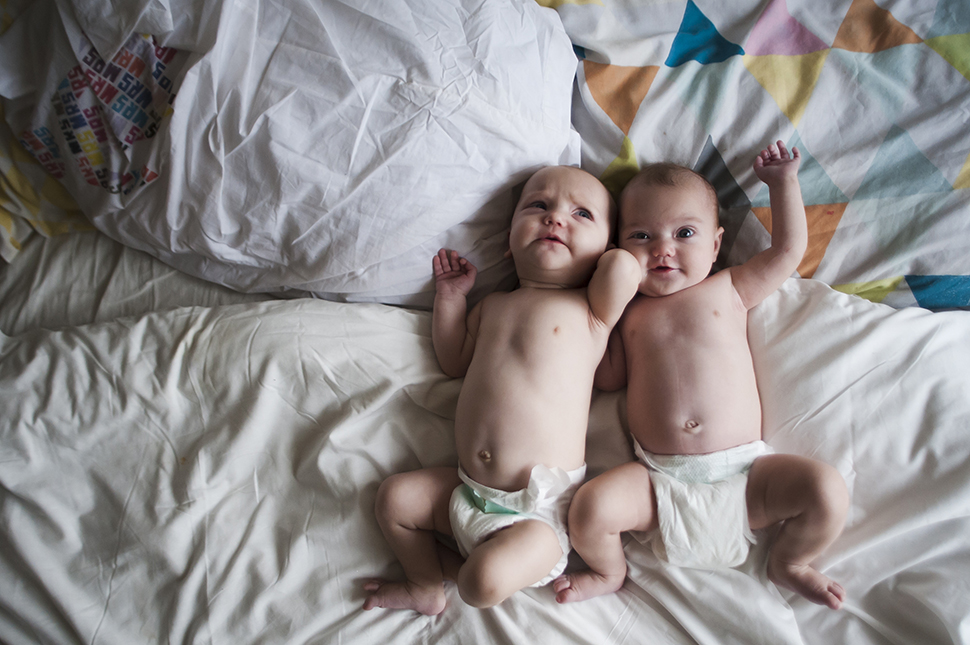 Before the girls were born I wasn’t much of a believer in the fourth trimester.  It seemed a little twee, a little ‘precious firstborn’.  I went back to work when the boys had just left the fourth trimester and they were such chubby, bouncing things, they didn’t feel new at all.  At twelve weeks old they seemed to have left their newborn days well behind.

Somehow it is different this time.  I suspect that it’s my mindset; I felt so disconnected from the boys at this stage and it took actual focus, not to mention a hormonal shift, to begin to feel a concrete maternal bond.  The second time round, it’s been there since a few days after the birth.  This time is easier, in that respect.  But at the same time it makes motherhood so much more acute, their babyhood is a knife-sharp edge along which I am constantly running, constantly being cut.  There are so many milestones that I have missed already, so many times that my babies have cried and I might have been able to soothe them but I wasn’t there.  I am never there.

I have comforted myself in the past with the knowledge that they were still only small, there was still so much babyhood left – but then there is this, the end of that long stretch of ‘they’re still new, sort of’.  I have felt it coming in the first smiles and coos, in the growth of their hair and the filling out of sleepsuits, in the way that they show an interest now in their brothers’ toys, but it still stings.  Love is funny that way.  And it’s time to admit to myself, I think, that they haven’t been newborns for a while, that they are real little people with feelings and preferences and personality.

Embla and Olympia.  Pigwig and Pocket.  My daughters.

At three months old they are so human.  They have a range of happy noises; Emmy sounds like a little dove and Pocket squeaks, dolphin-esque.  Toys are of interest and they lurch forward to grab them and to cram them in their mouths.  My little narcissists LOVE to admire themselves in a mirror.  Their favourite time of day is bath time, where they can amuse themselves for thirty minutes at a time splashing and propelling themselves and each other through the shallow water.  Pocket sleeps best tucked up in bed with me, and Embla spends most of her life in Kirsty’s sling.

Their toes fit snugly in their 0-3 month sleepsuits and we are starting to anticipate moving them into 3-6.  They are so big now, really.  So big.

And yet still so small.  Still my babies.  Just not newborn any more.

I am so grateful for this time around.  I don’t love my babies any more than my toddlers, not more than I love them now, but it’s so nice not to have to fight, to have being a mum come easily.  Four under two has been so hard in some respects, so relentless and so hard, but when I look back on these first three months of the babies’ lives they feel dreamy and effortless, they feel as though I’ve done my bit with a smile.

Our Halloween in Pictures

I love your writing. There is so much which resonates (not the four under two so much, three was challenge and reward enough), but the feelings, of motherhood being easier, and therefore tougher emotionally. It’s different for all of us, I went back both times at 6mths leaving hubby at home. I think it’s easy to be envious, but for everyone there are the hurdles, the troubles… but we are each rewarded with so much love. Your girls sound absolutely adorable, and your home filled to the brim with love.