Home Twins A Little Update on my Four
Twins

A Little Update on my Four

It’s the middle of the night and I can’t sleep; Kirsty is sleeping away from home tonight, with the children, they are enjoying a night at my mother-in-law’s and I didn’t go because they will all be fast asleep on the living room floor and by the time that I would have turned up after work all four would have been sound-o, and we didn’t fancy trying to get four semi-hysterical toddlers back to bed after their mama had woken them up.  But now the house is silent and dark save for me tapping away on the laptop keyboard, because I can’t sleep.  I’ve never been much good at sleeping when the house is empty.  It’s not that I am afraid to sleep alone, it’s just that Kirsty and I are so rarely apart that it feels odd not to wait up for her, like a labrador.  Even when I am trying to wind down, I find myself listening for the sound of her key in the door.  She even has the dog.

So I thought that I would write a quick update as to what we’ve been up to recently, pregnancy aside.  I find that I get so caught up in writing little updates on instagram, I forget that not everybody uses it or follows me – and of course, my blog audience was my first.  Some of you have been here since before my sons were even born.

Our daughters turned eighteen months old on the 30th January.  On the one hand, it feels as though just the other day that they were impossibly small and breathtakingly new, on the other hand, I can barely remember a time that we did not have these hilarious, sweet, indomitable toddlers stomping about the house in the boys’ wellingtons, or wobbling in my heels.  I can barely imagine that my sons were ever ‘only children’ and not big brothers to this terrific twosome. 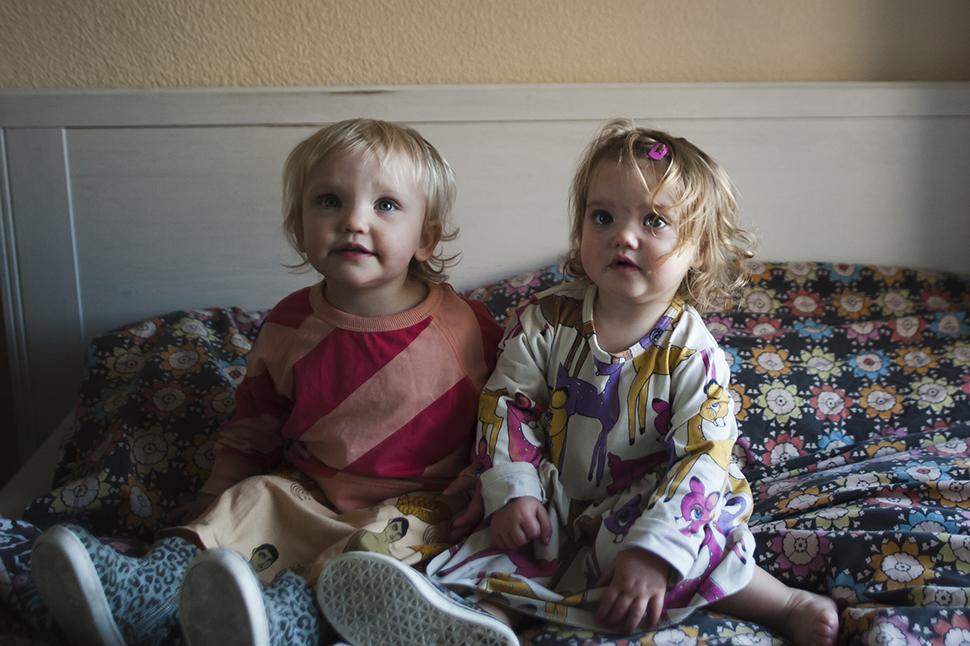 I just love this picture of my funny little girls because it is so them.  Olympia styled her outfit herself; she is utterly obsessed with wearing shoes and will carry them around demanding “Shooooes!  Put it on!” until somebody acquiesces.  And Embla is wearing one of her brothers’ shoes; she was originally wearing two, but they are far too big for her teensy size-four feet, and one must have fallen off when she climbed on the bed.  They are sitting ever so nicely because they were being bribed with puffed chickpeas!

Olympia loves reading and puzzles, being tickled dressing up and changing clothes, and shape sorters, stacking and knocking, painting and drawing and singing.  She can mimic dance moves, which is hilarious, and she’s obsessed with putting things in the bin.  Embla adores hair accessories – “Bow!  BOOOOW!!” – pretending to be scary and frightening – “ROAR!” – finding hidden things, painting also, textured things like dry pasta or fluffy blankets, helping with domestic chores (pressing buttons and tidying).  They both love songs with actions.

I’ve just put together an 18-month update video together if you fancy a watch – it went a bit wrong! 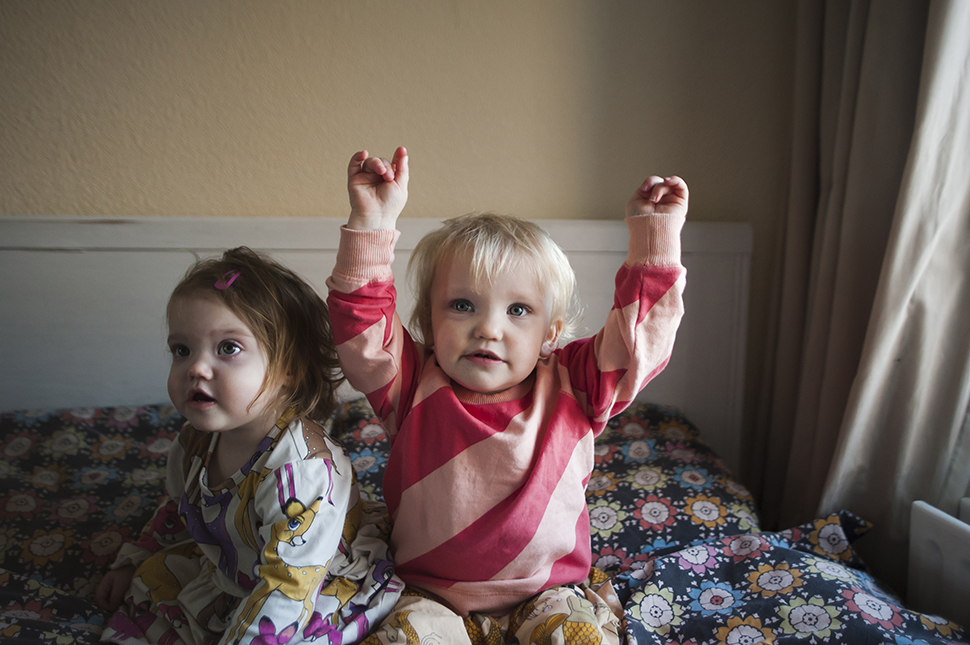 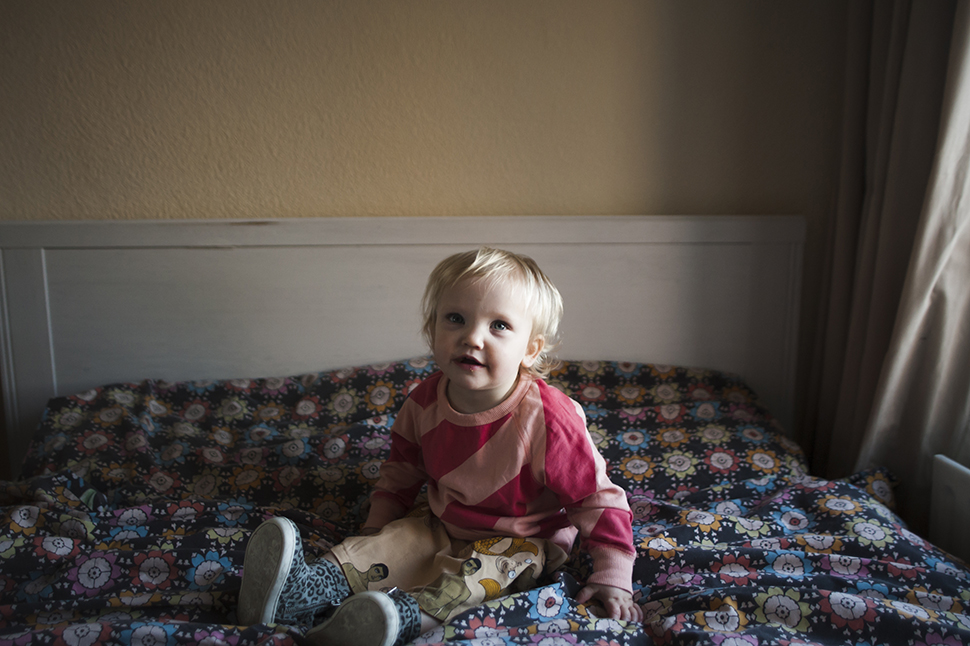 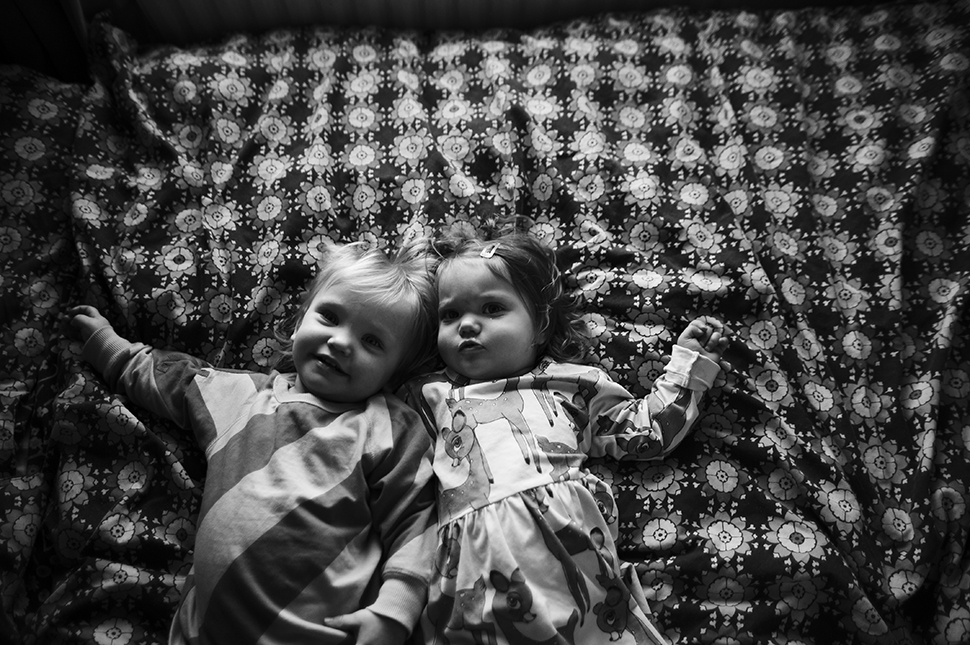 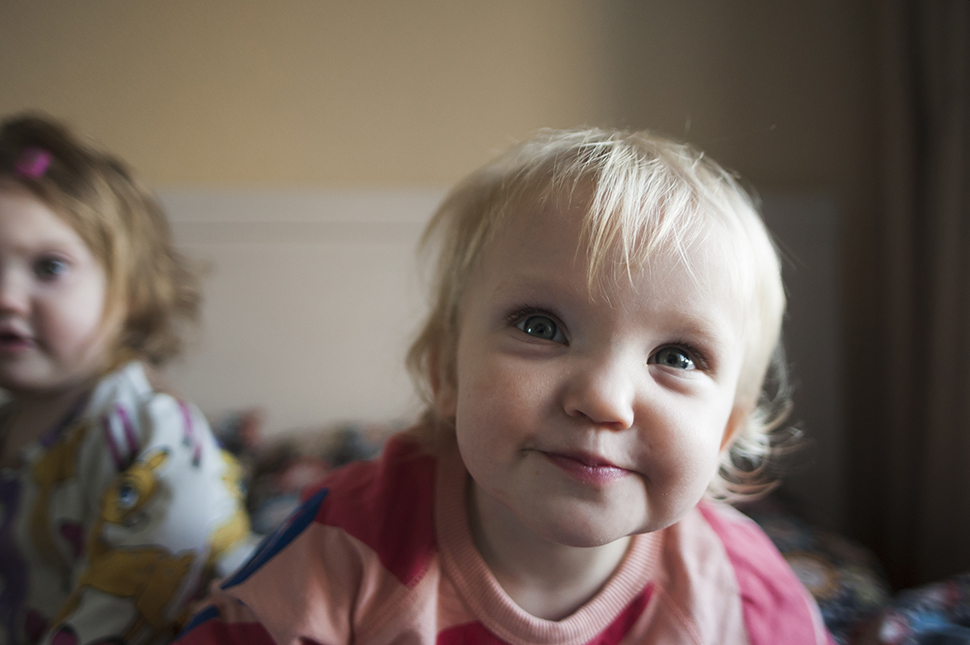 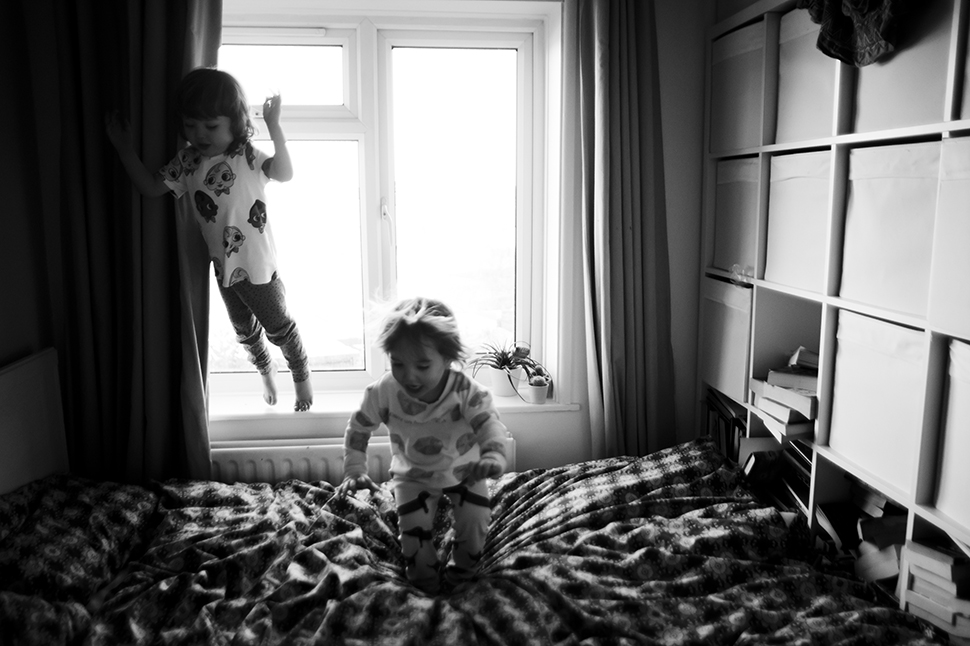 The boys started nursery in January and have taken to it like ducks to water; Balthazar has a ‘favourite friend’, Chloe, who is his nursery worker, and Lysander tells us in loving minutiae about every meal and every snack.  They are beginning to learn to read, and are super interested in letters and the sounds that they form.  They love trains and dinosaurs, and any kind of construction activities, swimming and water play.  And they adore baking (and pinching chocolate chips out of my batter!).  Balthazar loves to imagine; he enjoys storytelling and acting.  Lysander  is fascinated by the world around him.

They are such happy, gentle and good little boys, and I love them so much. 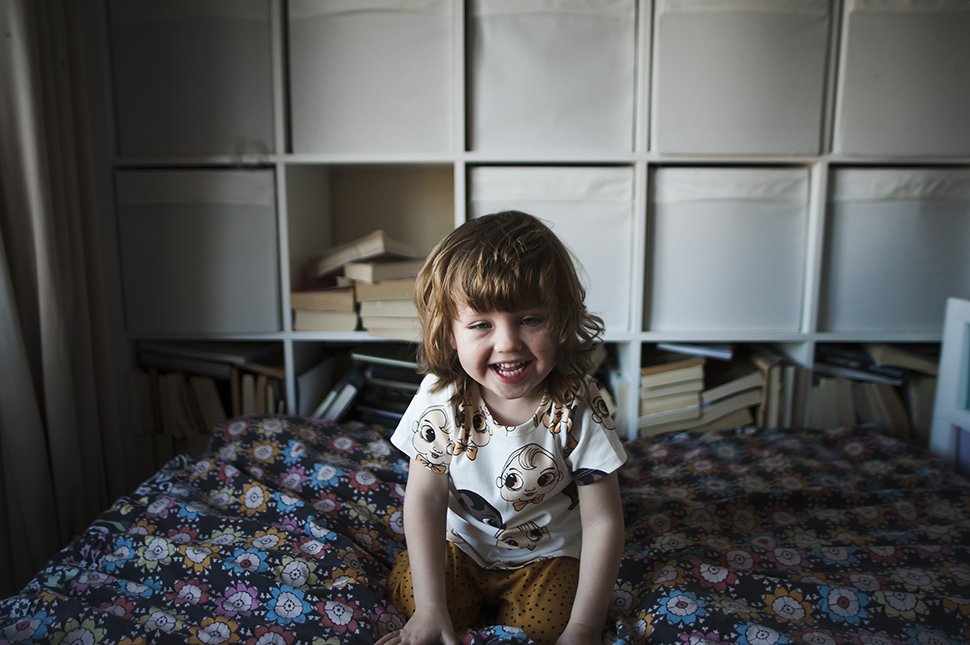 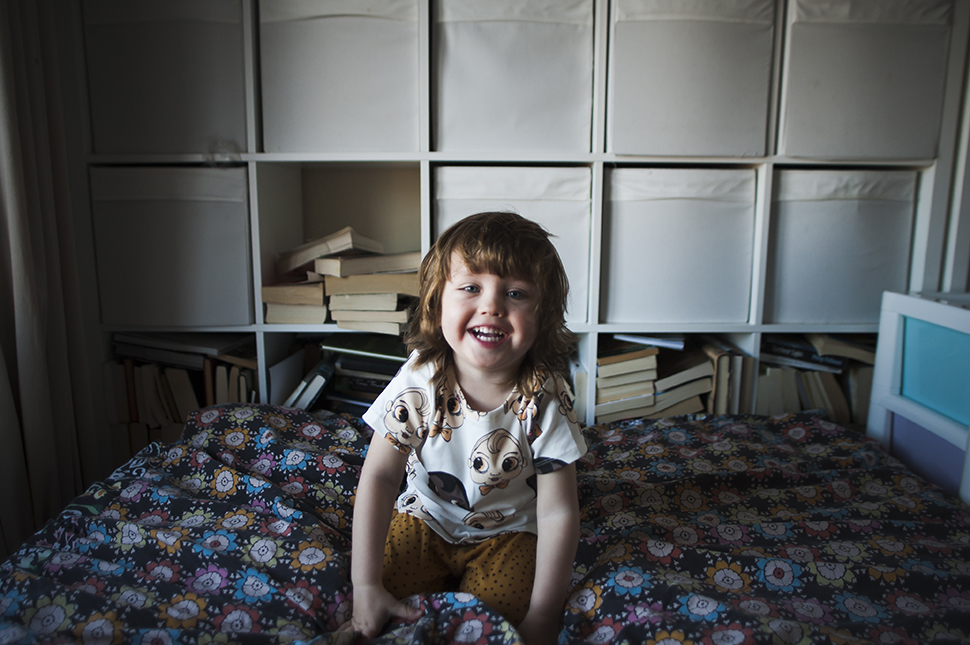 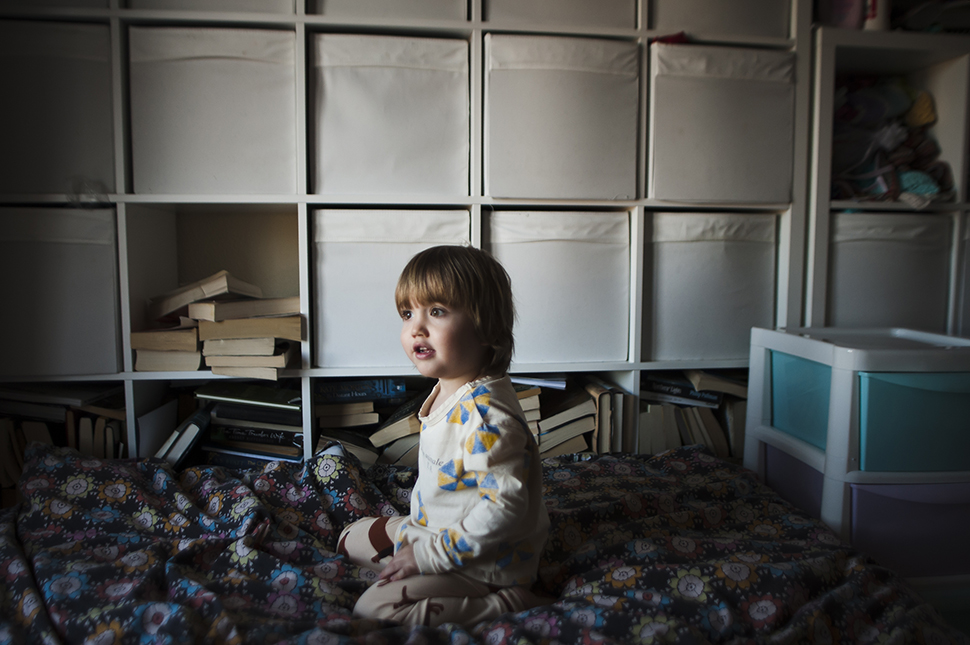 I still can’t believe that I’m mother to four (maybe soon to be five..!).  But I feel so fortunate to have these incredible humans in my life. 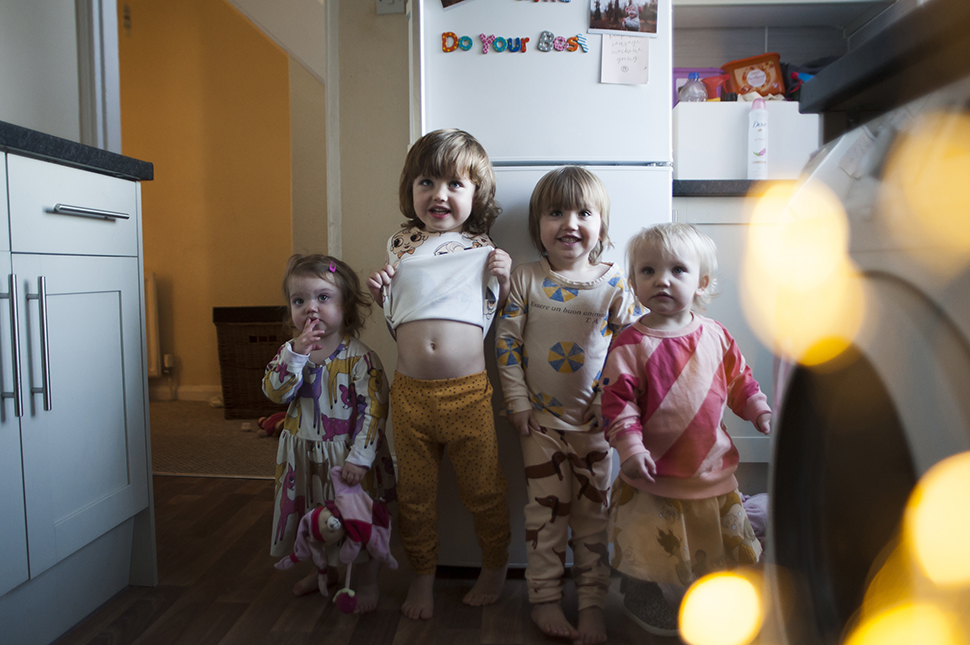 Behind the Scenes with Bakers #Ad