Last month, we were lucky enough to be sent a Little Tikes STEM Jr Wonder Lab to review. New to hit the market, the STEM Jr Wonder Lab is the only STEM lab designed for preschoolers and the boys were almost incoherant with excitement when it arrived and they were told that it was for them!  At almost four, they are at this funny age where most of their current toys are suddenly seeming a little ‘babyish’ for them but at the same time, the next step up in toys still seems too grown-up to hold their interest.  Their favourite way to play seems to be energetically outside and a new climbing frame and scooters have been big hits recently, but with school fast approaching we are also keen to encourage them to focus their minds on more cerebral pursuits.  So we were interested to try the Wonder Lab, which is marketed as being for use under the direct supervision of an adult; it appealed to me as a way to get down on my children’s level and interact with them in an active, directed sort of way, and to develop their fine motor skills and critical thinking. 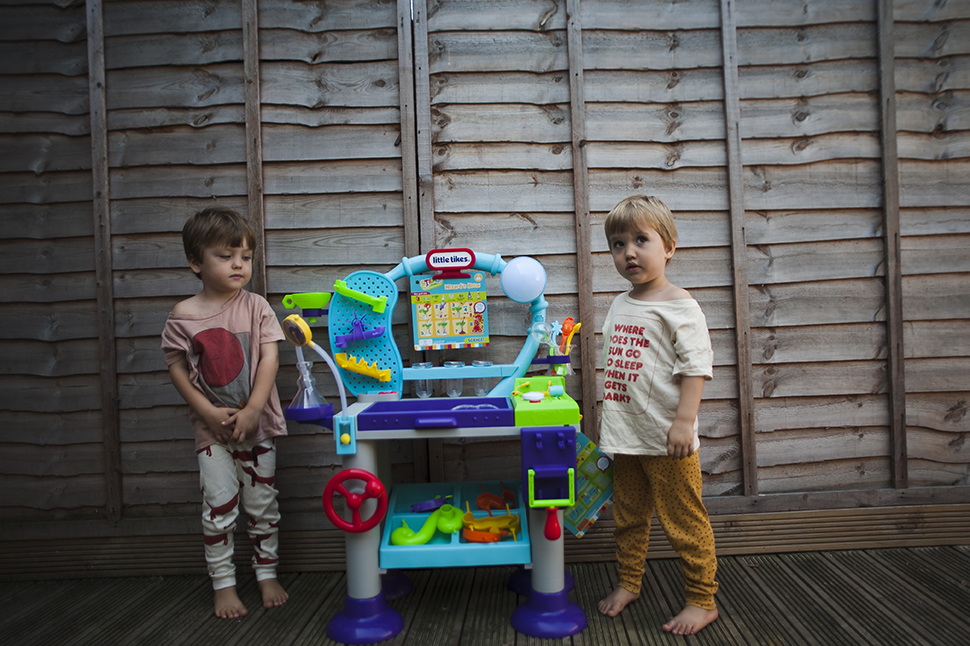 The product itself arrived in one large box and took about twenty-five minutes to assemble without the help of toddlers.  In addition to the lab itself, there are about twenty accessories included – a few of these (the maze balls) could be choking hazards for children inclined to pop things in their mouths, but as this is very much a toy that requires supervision, it’s not such an issue.  The boys were particularly taken with the goggles, which they insisted that they had to try on immediately!

It was helpful to me that the lab comes with twenty experiment cards, containing detailed instructions for completing hands-on STEM experiments using simple household ingredients.  The cards themselves are made from plastic rather than card, and so basically indestructible.  We found that we were able to get stuck straight in without needing to do a special shop for ingredients.

You can see our first experiment, and the boys hard at work, below.  It was a resounding success! 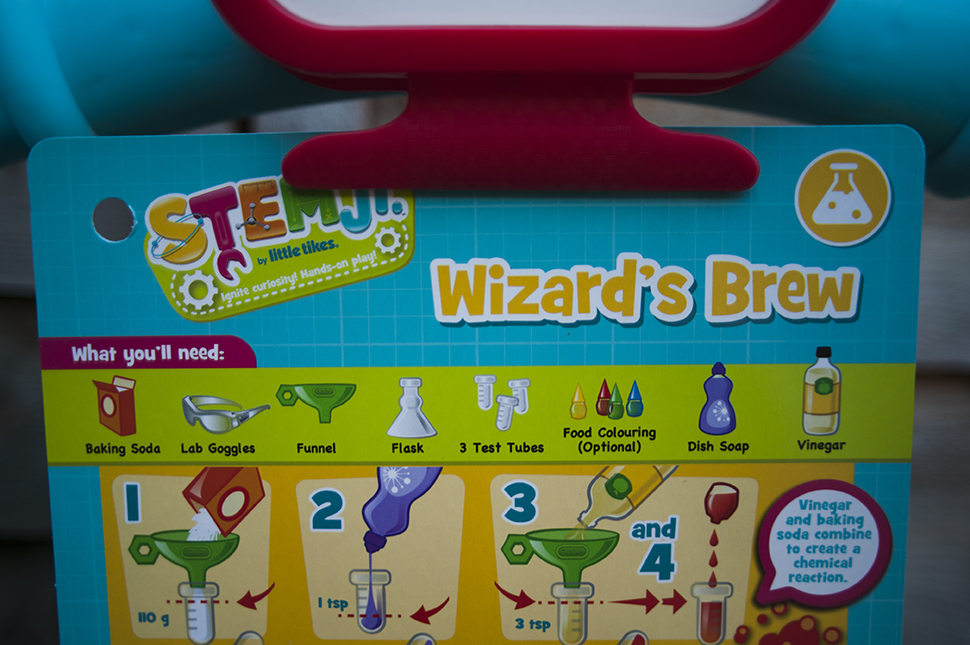 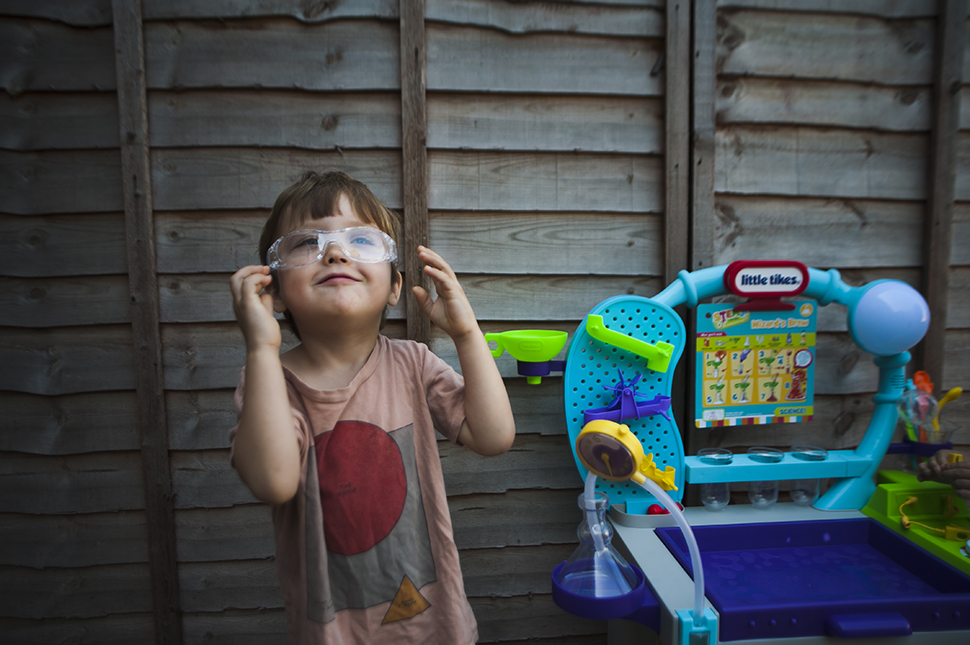 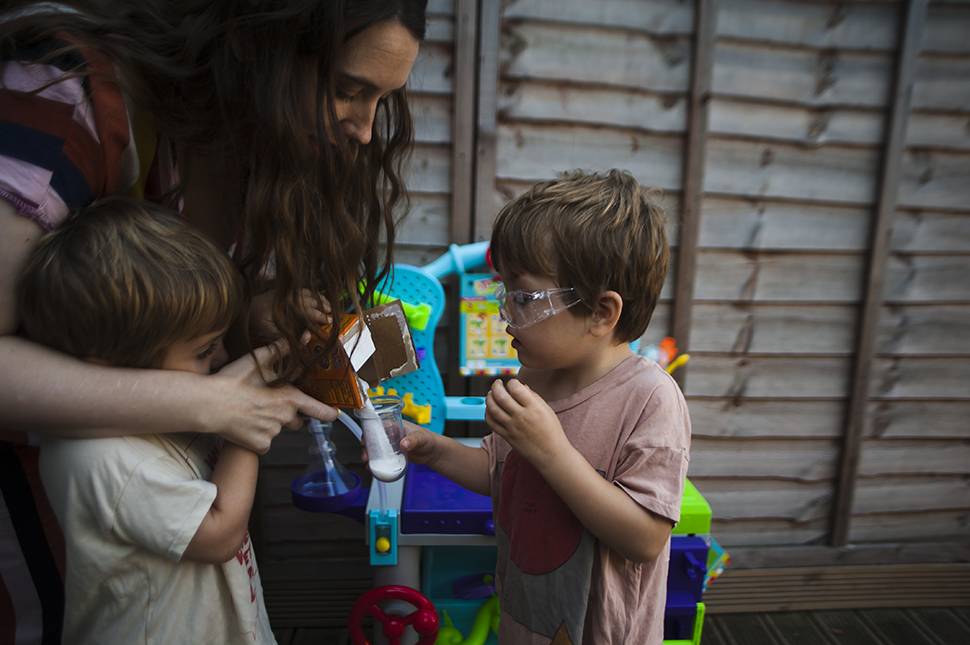 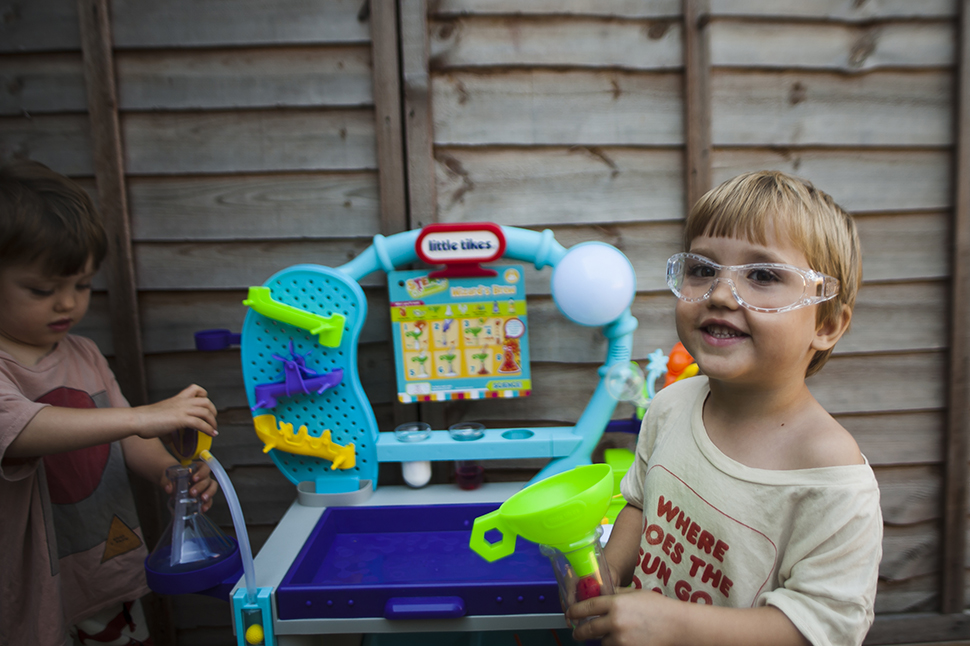 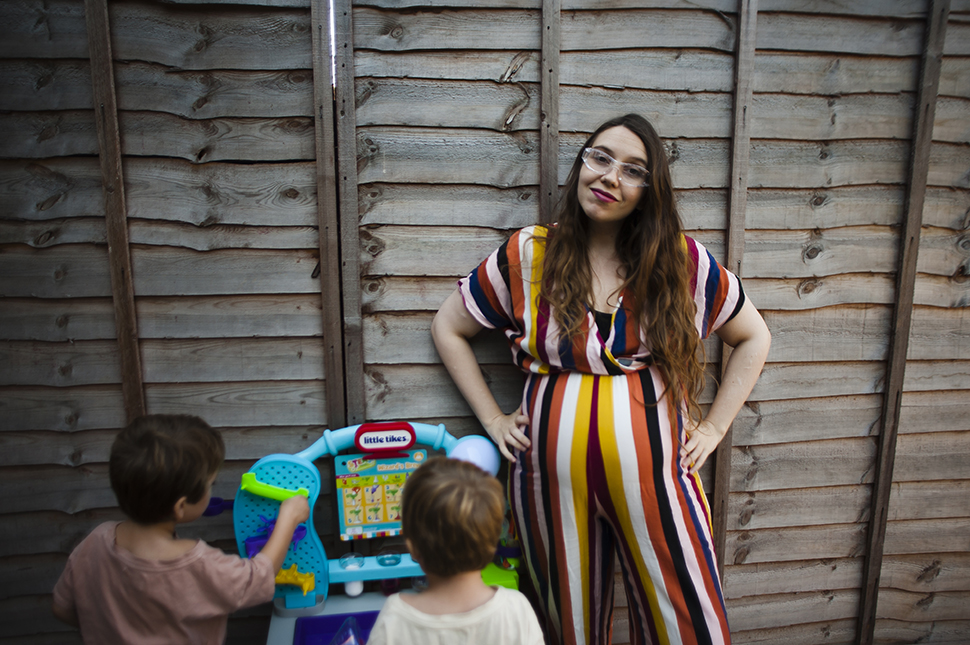 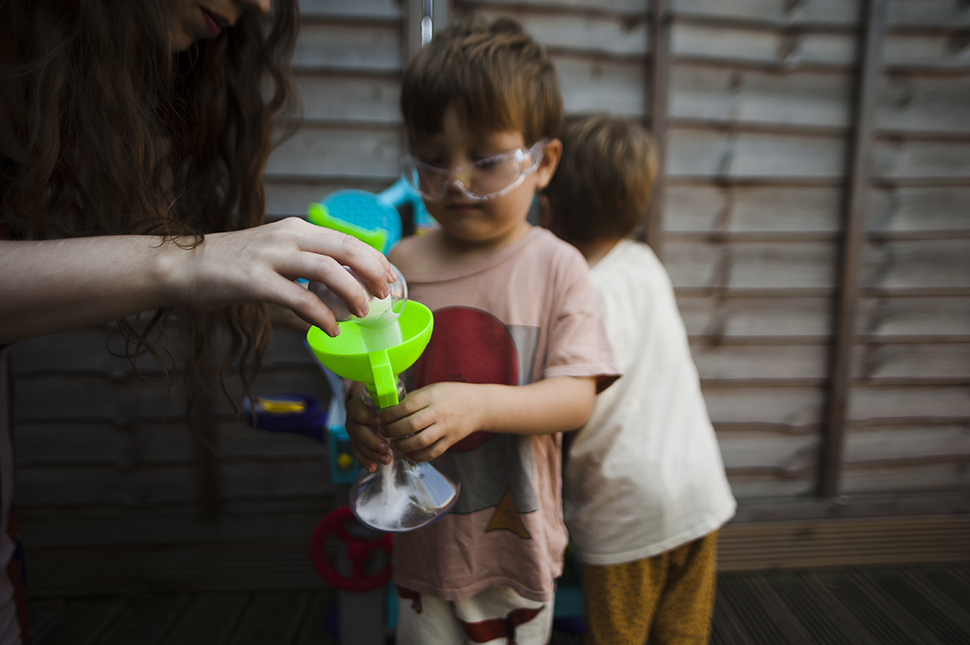 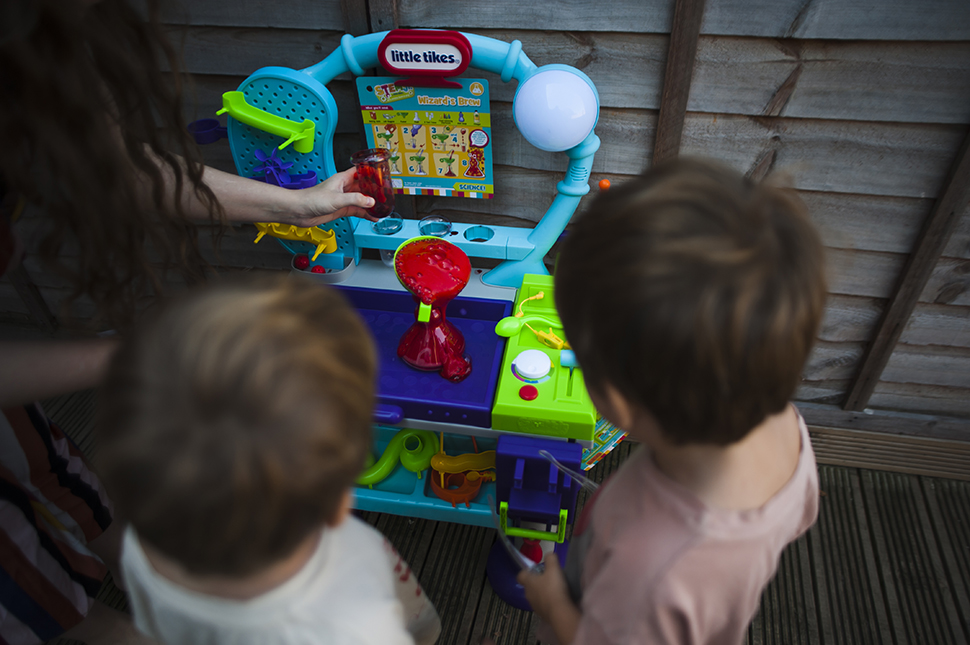 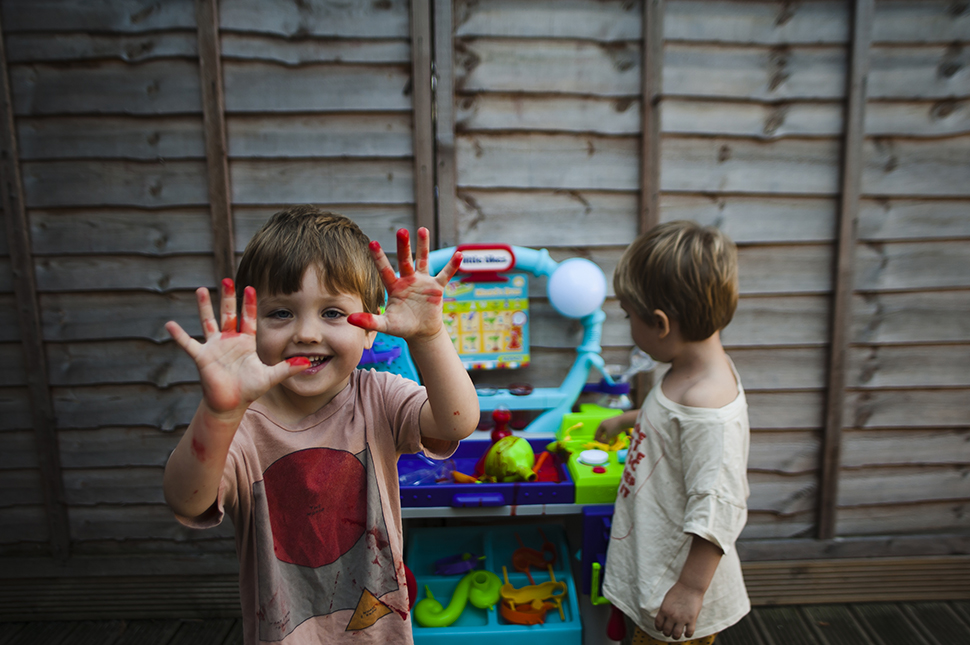 Indeed, that t-shirt will never be the same again!  I am sure that most parents would dress their children sensibly in situations where food colouring was involved… but alas, I have not the common sense of those parents.  Those hands were stained for a while too.

Since being provided with the STEM Jr Wonder Lab, we were also offered the opportunity to attend a morning event with Little Tikes in order to explore more of the STEM Jr range.  Balthazar found the Builder Bot to be particularly enthralling and spent about an hour watching the other children play with it, and Lysander was fascinated by the Tornado Tower (more food dye – but he loved adding the various ingredients and pressing the buttons to make the water whirl!).  I would describe the STEM Jr range as educational accessories rather than toys, and recommend them for parents who enjoy directed play with their children.  The Wonder Lab would be perfectly suited as a birthday or Christmas gift, or simply justified as an opportunity to expand a child’s education.  At a cost of £99.99, it’s not cheap for a ‘toy’ – but it really is so much more than that.

Disclosure: We were sent a STEM Jr Wonder Lab free of charge for the purpose of this review.

A DITL: Everything is Changing

40 Weeks with a Little Snowflake