At (almost) two and three years old, the children suddenly seem to have more interests in common than different and we are finding that ‘quiet time’ has suddenly become quite peaceful with all four engrossed in the same book or television show. It gives me a warm feeling of satisfaction every time I walk into a room and observe the four of them tucked up together on a sofa, with their little individual bowls of popcorn – just peacefully coexisting. You hear horror stories sometimes about siblings who are close in age but worlds apart in terms of personality and interests, who are simply unable to get along, and I always harboured a secret fear that my little group of four there would be one, or two, who just didn’t quite fit with the rest. Of course, it’s early days, but my heart warms every time this fear is proven to be unfounded. They are all the best of friends.

One of the shows that they all enjoy is Bing, a British animated series about the eponymous bunny, his guardian Flop and friends. Somehow it keeps all four of them entranced for whole episodes at a time. We like it too because it’s a gentle show; unlike some of the other series that the boys are keen to explore, Bing is about toddlers exploring the world and doesn’t feature violence or language that makes us wince. It gives us peace of mind to know that when they are watching Bing, their own sense of comfort in the world and their own resilience is being reinforced.

We’ve worked with Bing previously on a Halloween campaign, and we were pleased to be asked recently to work with them again on an Instagram campaign aimed at getting children outside and exploring nature in this gorgeous weather. The Bing PR team also sent us some Bing toys and books for the children to review. 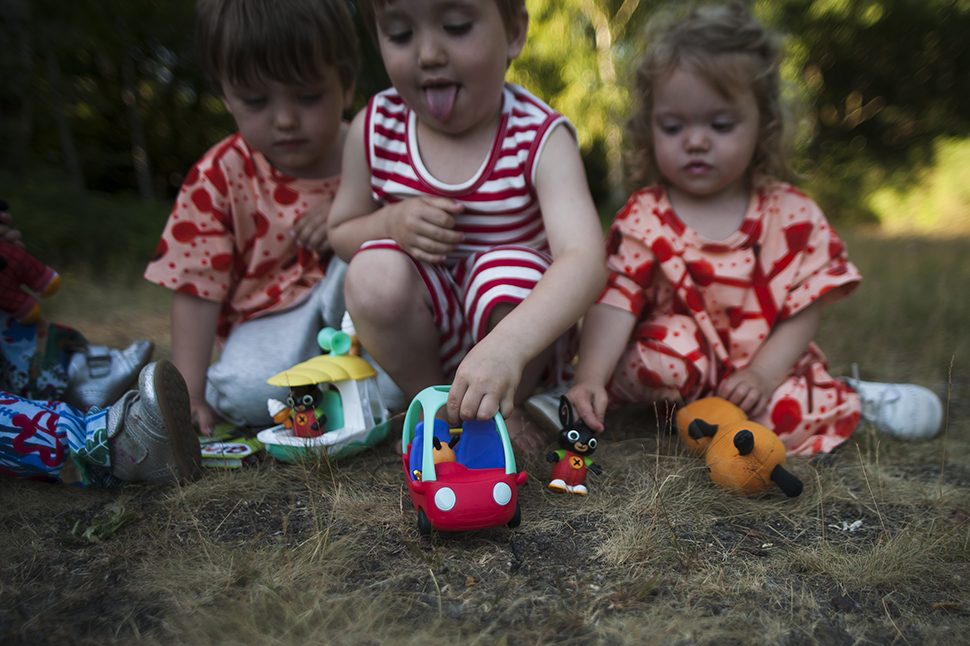 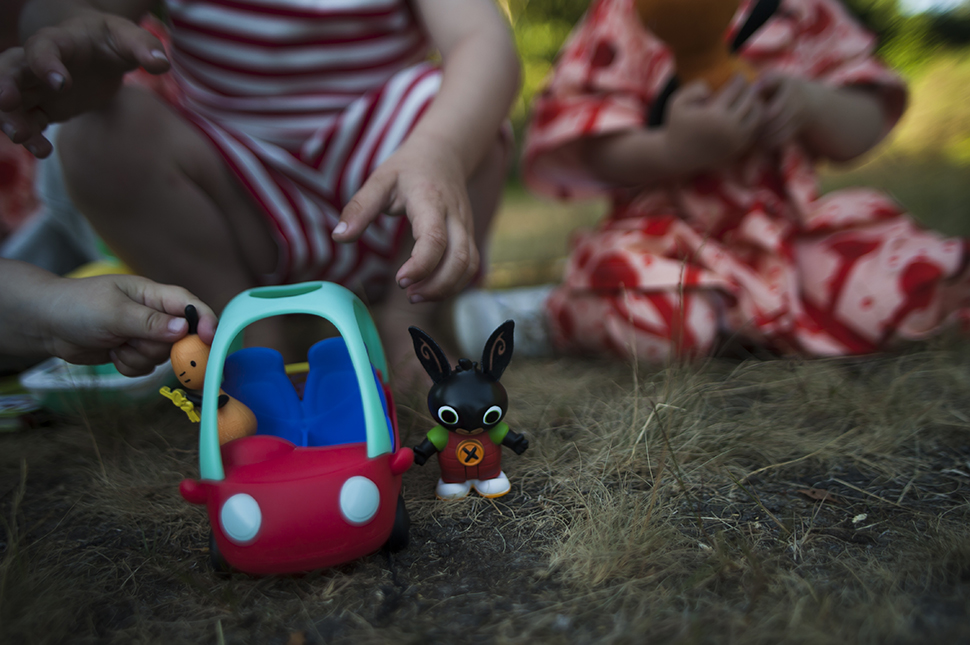 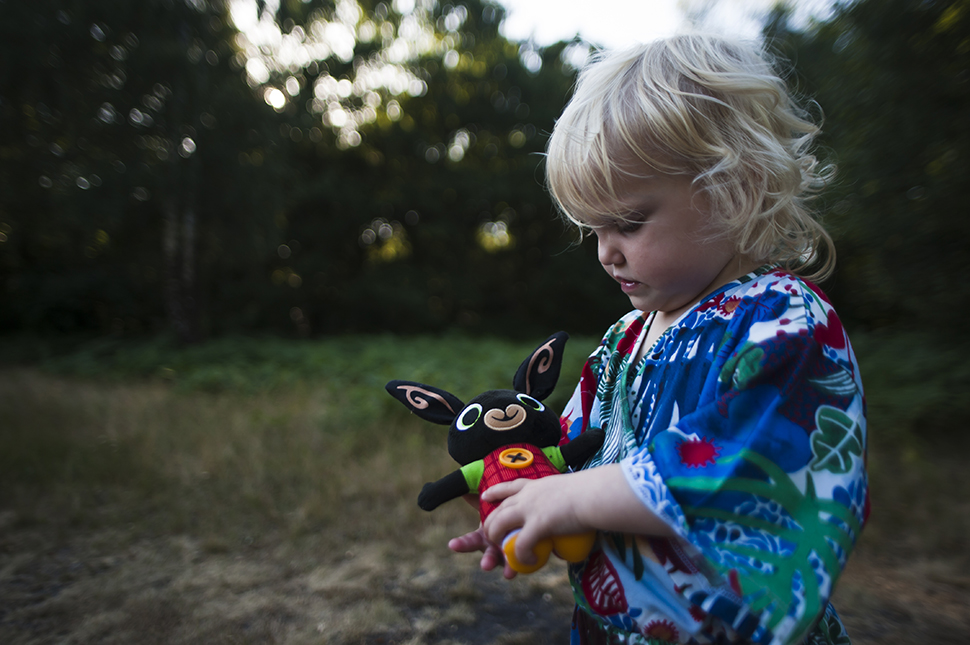 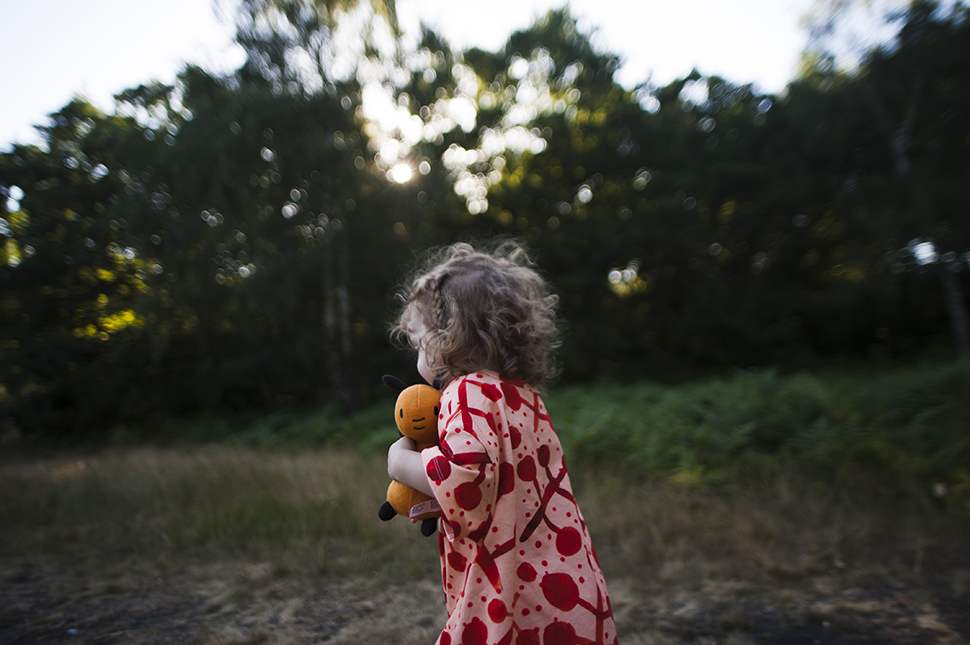 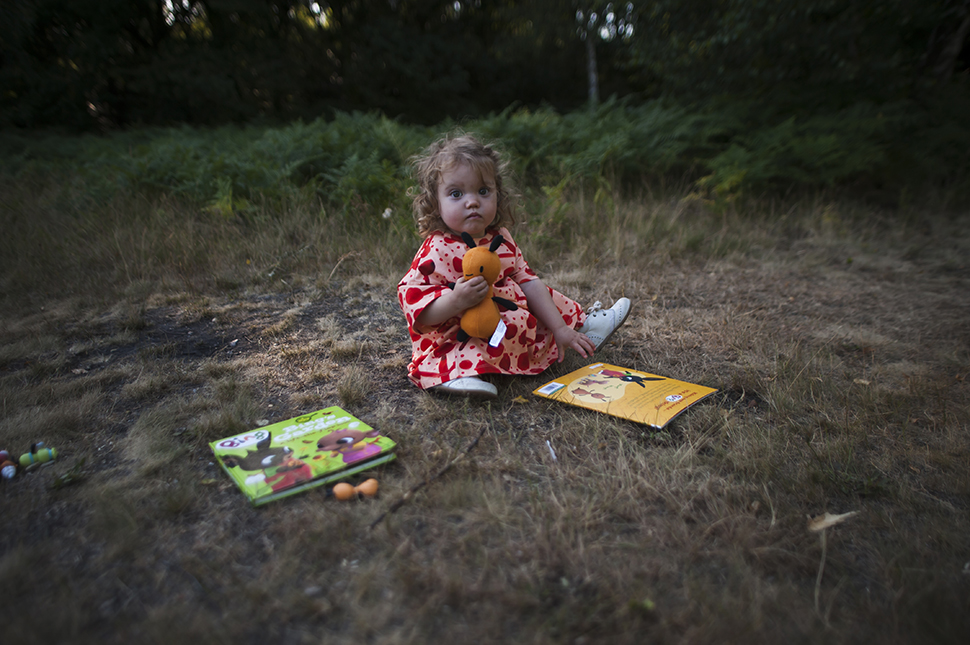 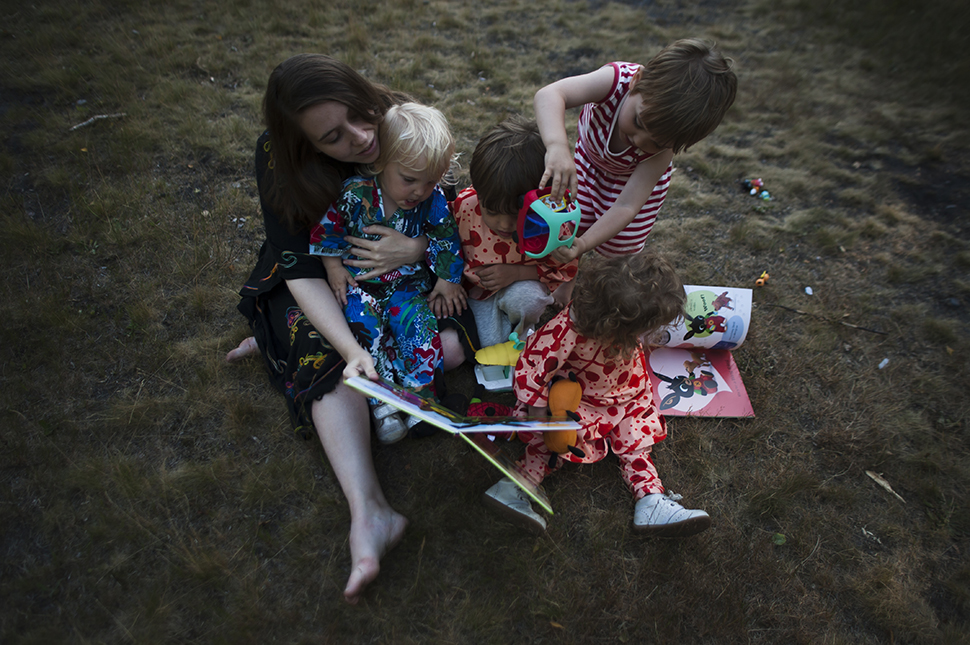 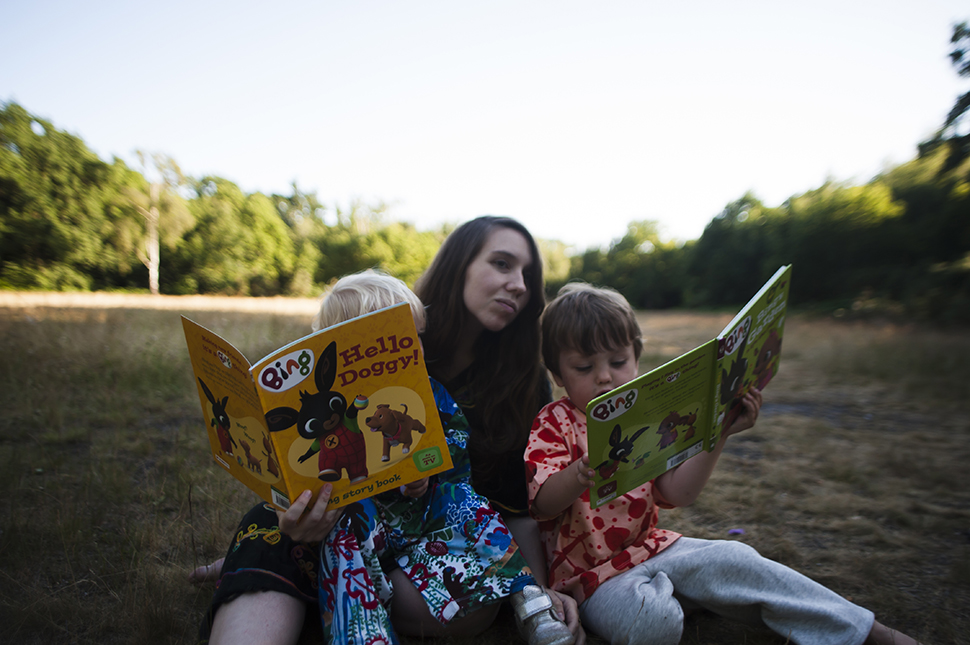 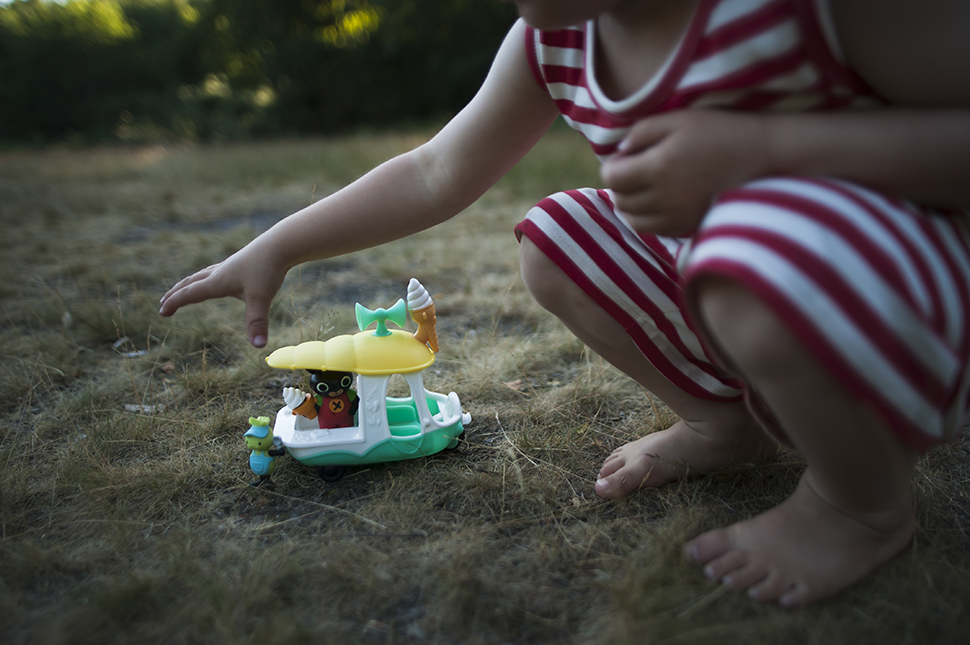 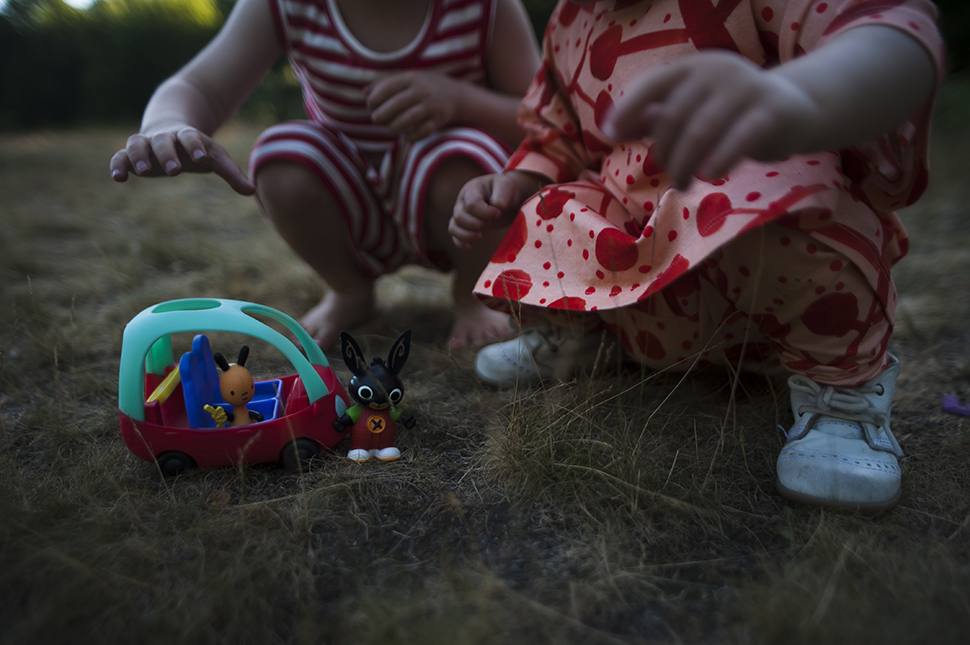 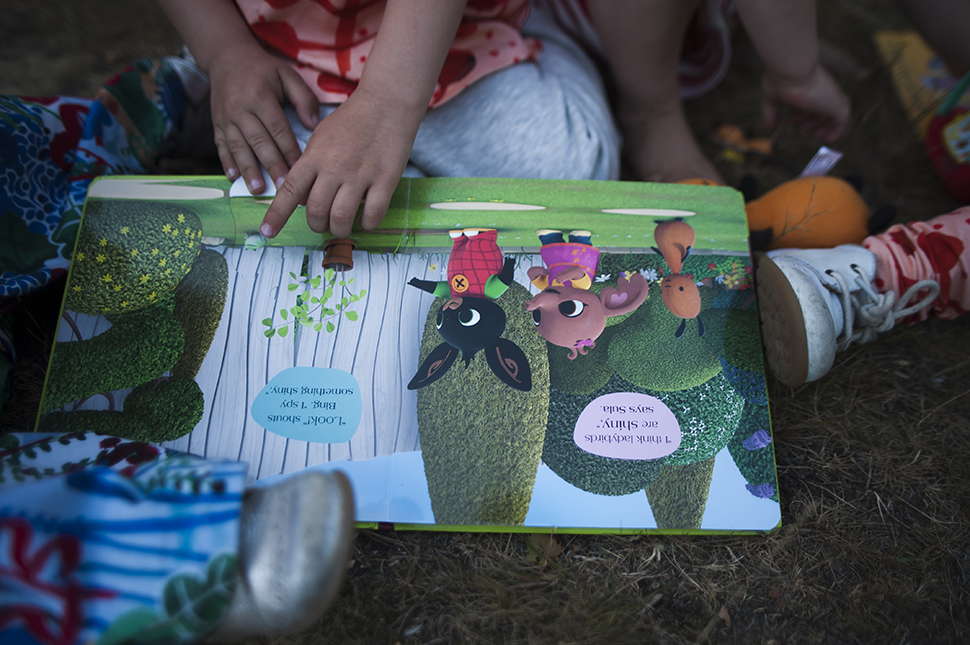 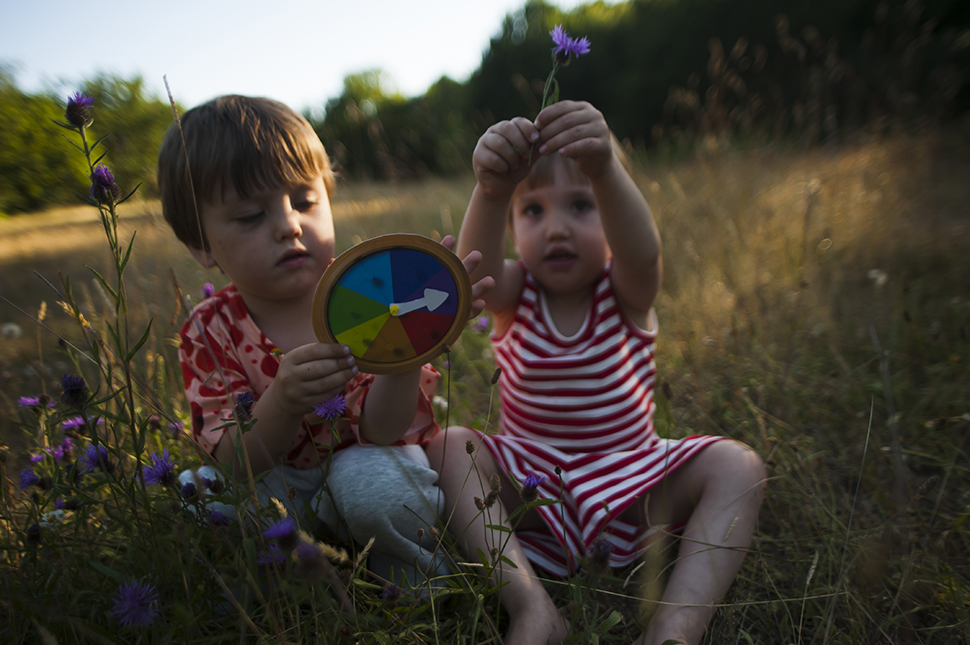 At three and a half, the boys are just beginning to get into ‘character play’.  They enjoyed making Bing order ice cream, and acting out Flop driving Bing around in the little car.  I found it quite funny that they were concerned that neither character was wearing a seatbelt!  The little girls were equally interested in the cars, and enjoyed zooming them across the grass – on the rare occasion that they managed to sneak them away from their brothers!  Mostly though, they contented themselves with ‘mothering’ the soft toys, which as you can see in the images above, rarely left their side when we were out and have proven popular at home since.  When watching Bing, they like to find their Bing and Flop toys in the soft toy box and bring them to watch too.

If you follow my instagram, you’ll see that we have been working on the Nature Explorers campaign, taking ‘bingspiration’ from Harper Collins’ new book, Bing’s Garden, to celebrate the simple joy that can be found from spending time together outside.  We used our Nature Explorer wheel to inspire a treasure hunt, collecting lots of colourful objects such as flowers, leaves and feathers, before taking them home to make a colourful collage for the fridge.  It kept the children entertained for an easy hour on our walk, and they loved being the first to spot a new colour for our collection.

You can join in the fun by downloading the guide too!