Overdue with Twins: Forty Plus Five

I never thought that I would go overdue with the twins. I knew, of course, that of my little boys, induced at 38+2, only one of them was strictly ready to meet the world but I assumed that meant that these little girls would be born at a nice, comfortable thirty-nine or so. Late enough to go past the NHS guideline, sure, but not late enough to seriously concern anyone.

And yet here I am at 40+5. Still pregnant. Still fucking pregnant. 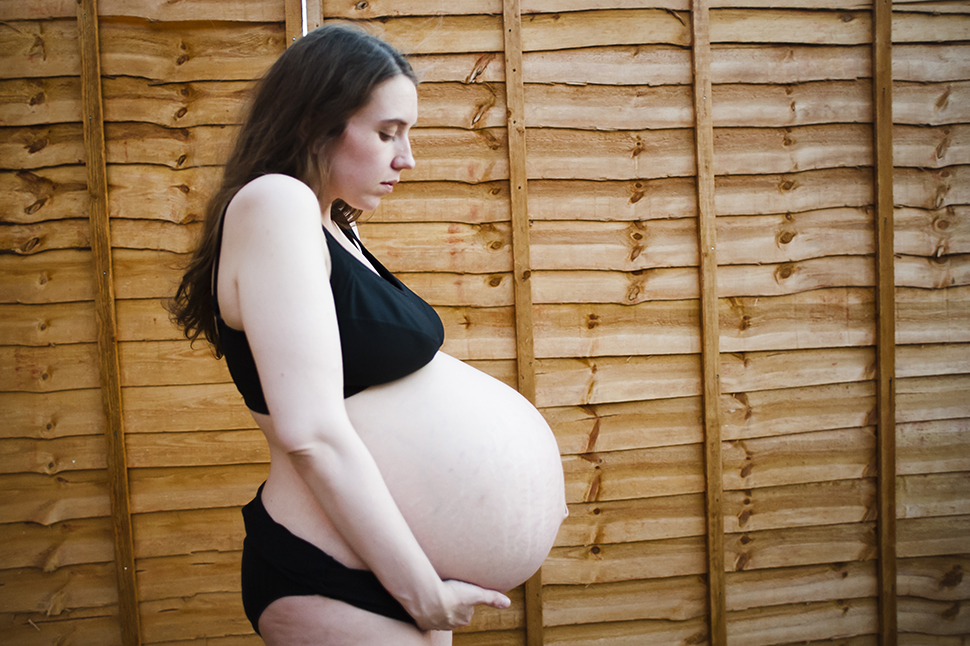 Letting them do their thing was a lot more appealing when the babies seemed to be on the same page as we were.

In these meetings I keep circling myself back to the issue of consent: do I want to explore this path or am I agreeing to it because I like to please people, and these people think that it is best? Are there other options and do they feel better or worse and what are the risks and benefits of each? And is doing nothing an option?

At the moment I’m here: there are risks with gestating twins past their due date, particularly for VBAC mothers. It’s hard to find the studies to support them as not many twins do go over and the majority of twin births are induced well before but it stands to reason that two placentas supported by the same uterus might start to calcify a little sooner, that a particularly distended uterus might be more likely to rupture during labour (imagine squeezing an overinflated balloon). My medical team are nervous about those risks, and that makes me nervous.

But we also know from my scan that right now, the girls are perfectly fine. They are demonstrating appropriate growth and their placental blood flows are completely normal. For now, everything is fine.

Following my scan and a good chat with my consultant and consultant midwife, I was offered a cervical sweep. I hadn’t had one before with this pregnancy, being of the opinion that they would come when they were ready and there was no sense in forcing things, but in the interest of the risk factors not getting any smaller I decided to submit to it this time. Harking back to that old issue of consent, I felt like a completely willing participant in my sweep – in fact, when they were apologising as I winced my way through it, I distinctly remember urging the consultant to ‘be more vigorous’! It was fine.  The worst thing that I can say about it was that these things can’t help but feel a little undignified.

I bled a little after, not enough to require a pad but enough that it was noticeable when I wiped.  That said, I didn’t feel much cramping and as I returned to the office, found myself feeling rather disappointed that it had clearly done nothing when other women, women with more reasonable cervixes and a mere one child in their womb, managed to go in to labour on the strength of being prodded a little.

Bouncing on the ball seemed to rotate twin one lower

The night of the sweep I woke up to a bloody show and have been losing fistfuls of rust-coloured mucus ever since. My bump seems to have dropped and I’m definitely more aware of my own cervix – although that could just be because somebody spent a good three minutes or so manually aggravating it rather than anything more exciting! And the braxton hicks contractions are definitely ramping up, although I’ve only winced noticeably in the office once so far. I’m spending lots of time bouncing on the ball like a demented wallaby and hoping, HOPING, that if I see 41 weeks it will only be for a day.

Next appointment is at 41+1. I would love to be able to cancel!

So You’re Pregnant with Twins

Embla and Olympia: A Birth Announcement

I know I carried my first to just shy of 42 weeks and I was over it, cannot imagine what it was like with 2 of them.