I’ve been a fan of Jennifer Nolan’s adorable crochet work for a while, so I was delighted when she got in touch and offered to send the boys a collection of hats in exchange for photography for her Etsy shop.

We received six hats shortly before the boys were born – a bear, a giraffe, two Santas, a pumpkin and an acorn.  At the time they seemed impossibly small; I remember cooing over them and worrying that the boys would be born with heads too large to wear them!  Actually, at six weeks they have just started to fit, with the exception of the pumpkin which is still a touch too large.  They were small newborns though at 6lbs 1oz and 6lbs 6oz.  Now that they are 8 & 9lbs respectively, newborn sizing is fitting much better.

We take the dog out thrice daily for a total time of at least two hours, so warm outerwear for the boys is essential. It helps if it’s cute, which these hats definitely are.

In fact, we really like these hats.  They’re soft to the touch, with neat and even stitches.  My knitter partner was very impressed and favours the giraffe; my favourite is probably the acorn, although the Santa hats are probably getting the most use given the time of year.  They’re probably not a good purchase for the antisocial – as you can imagine, we get a LOT of attention when toting about twins in any of these little hats!

I’ll let them speak for themselves: 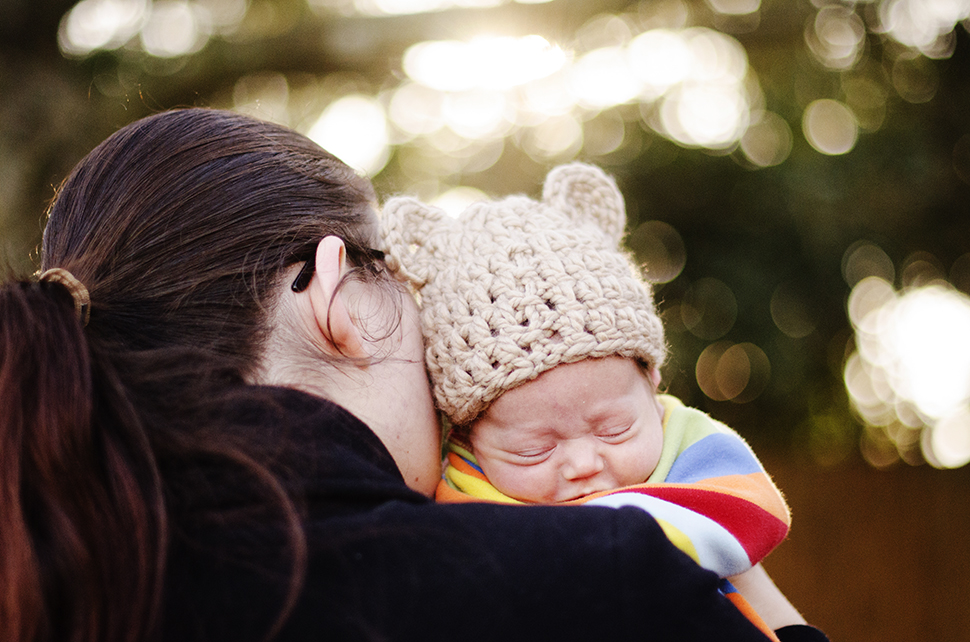 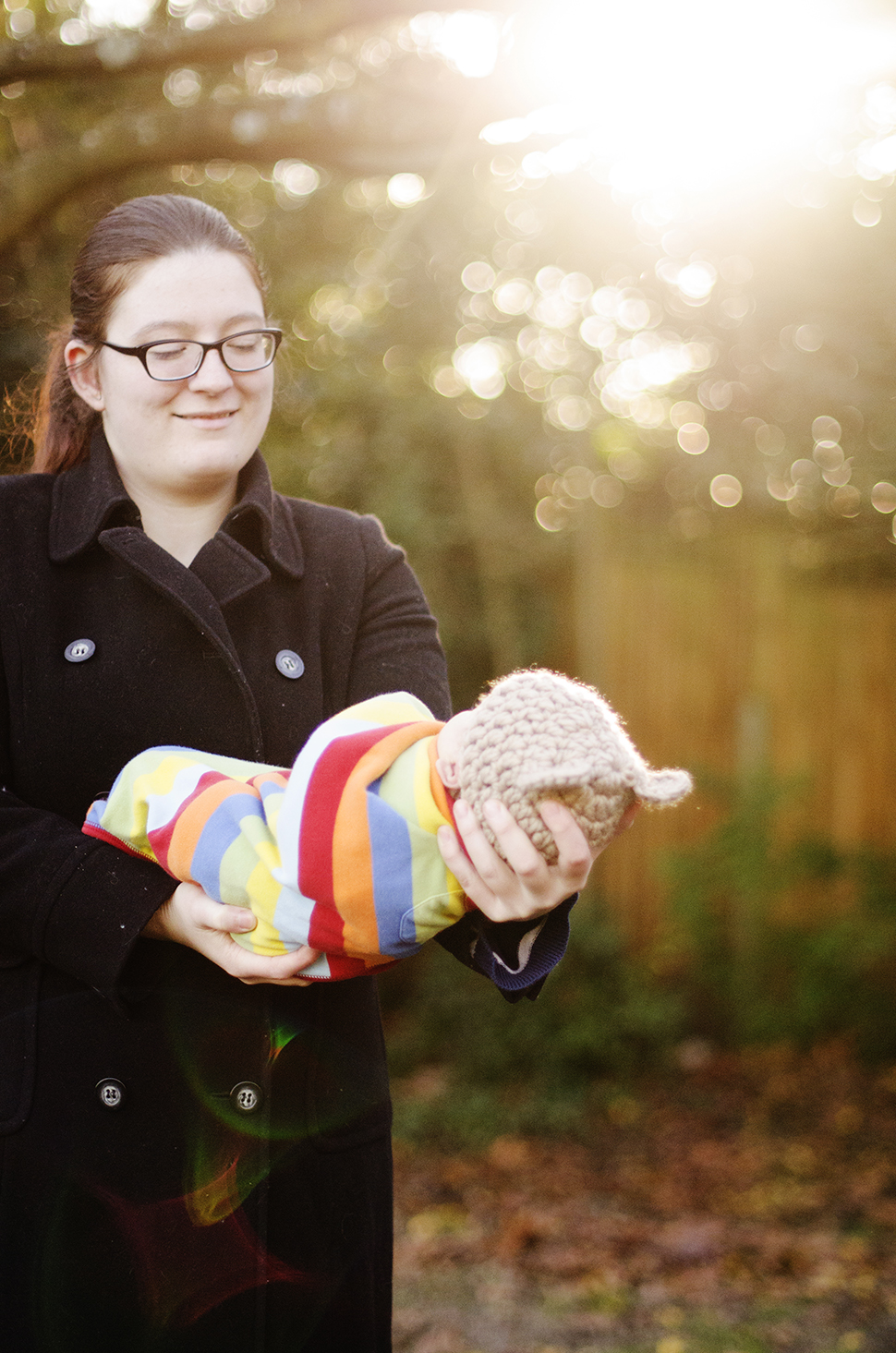 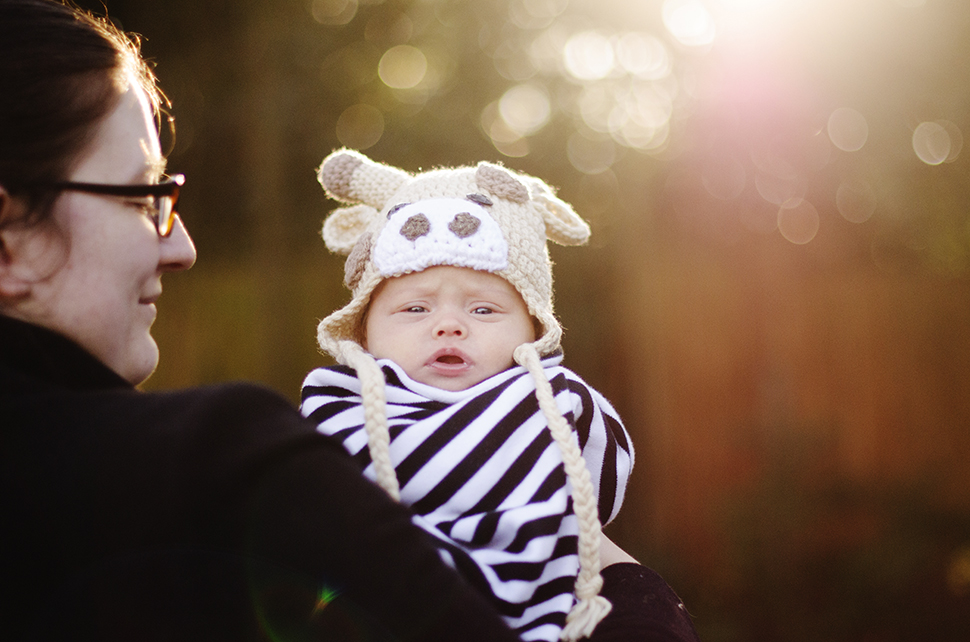 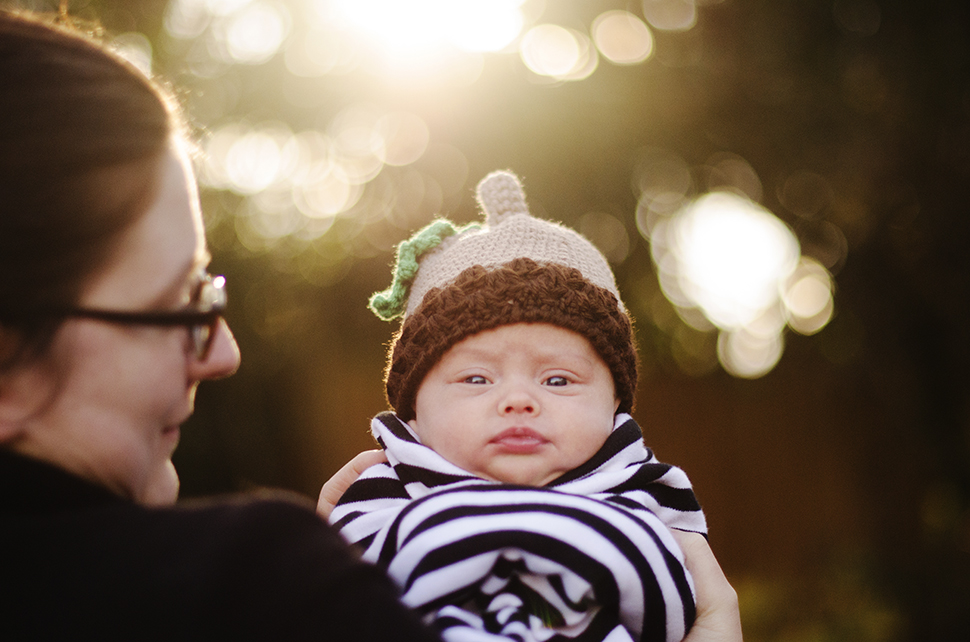 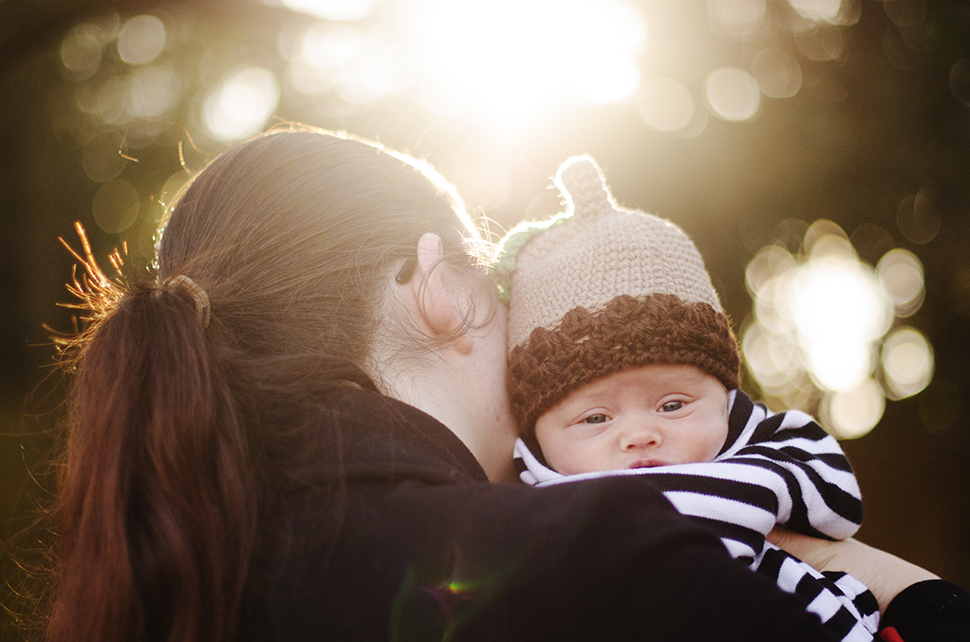 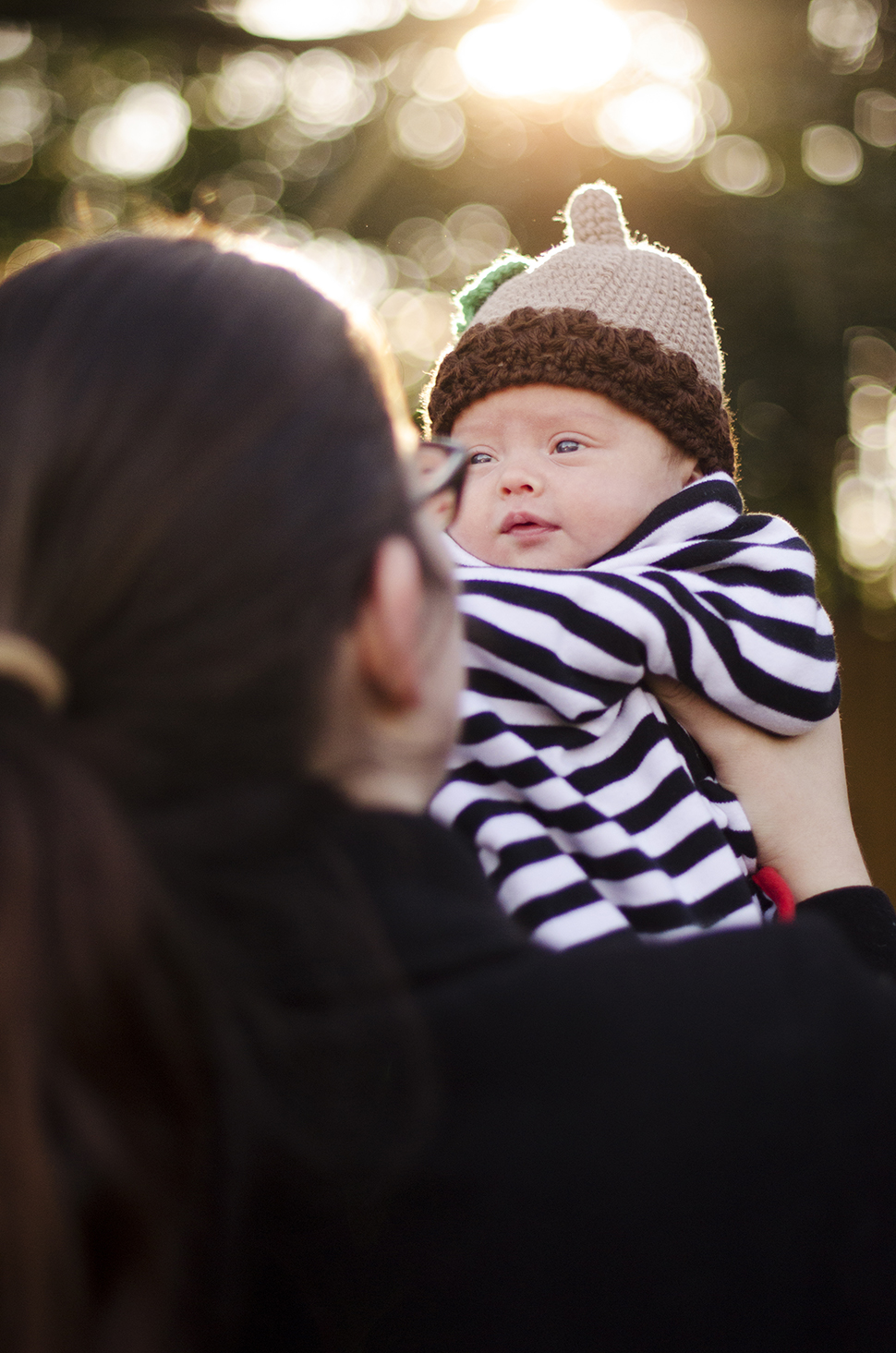 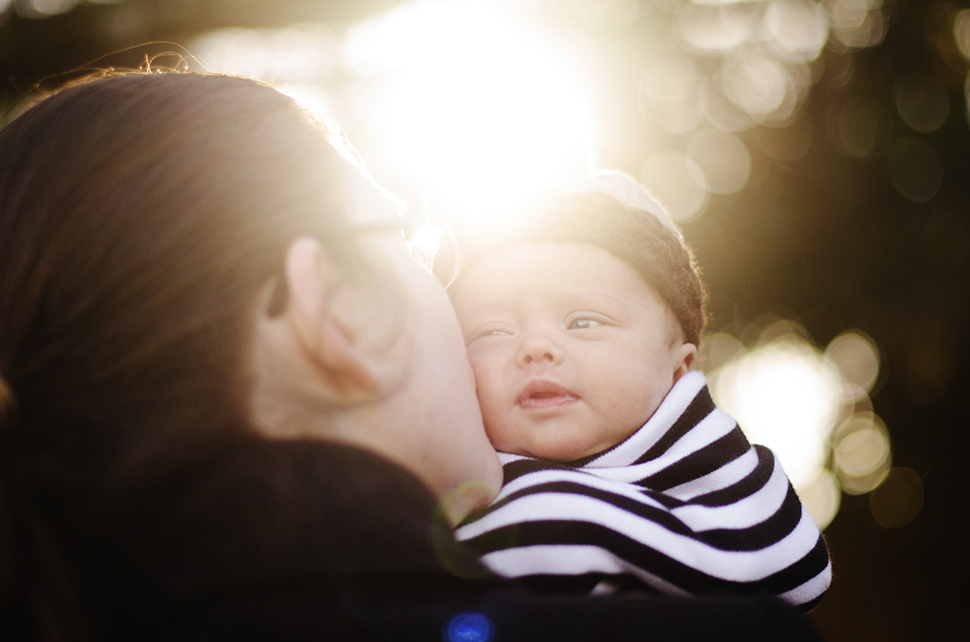 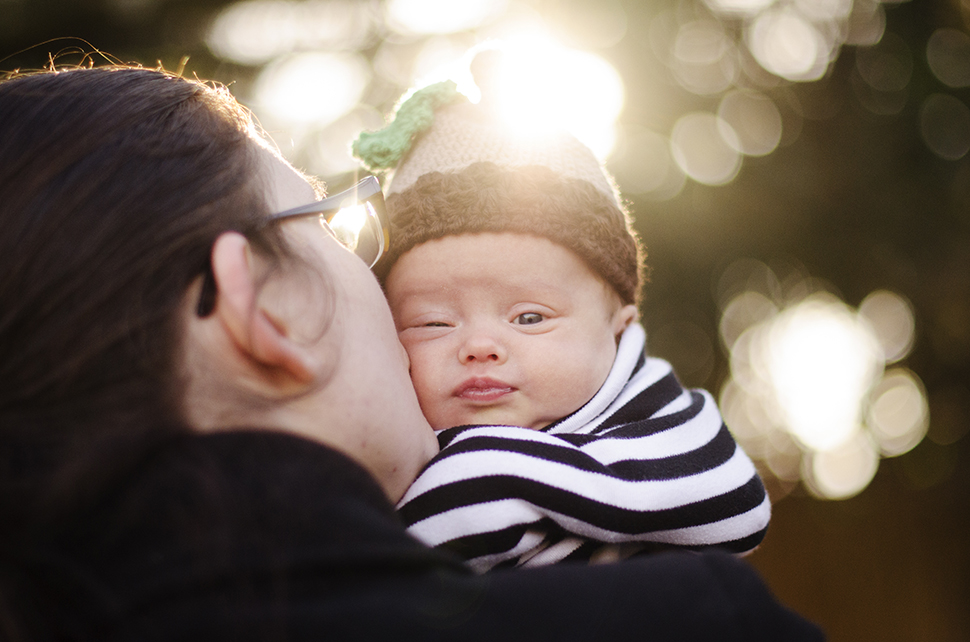 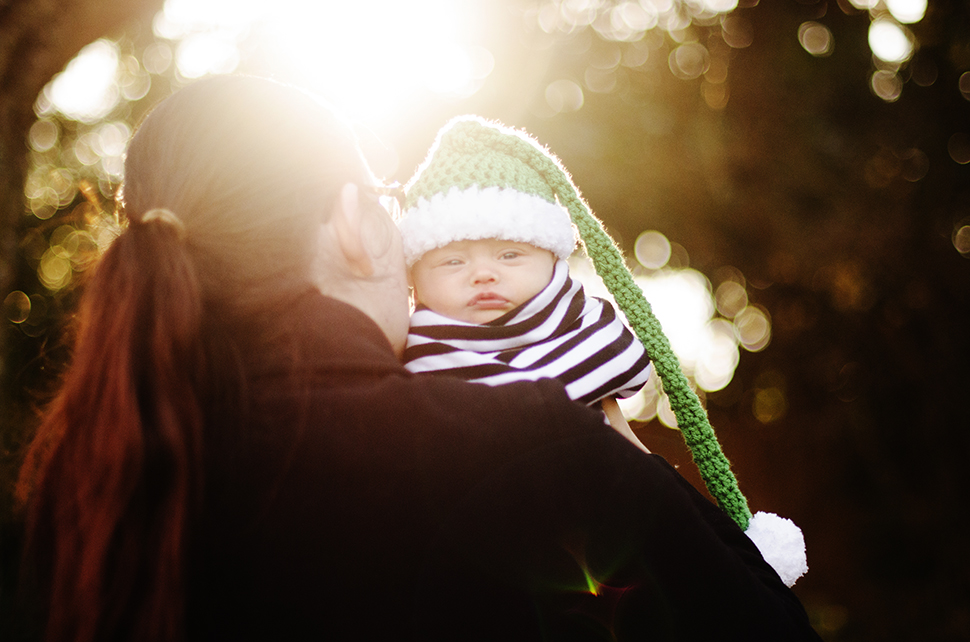 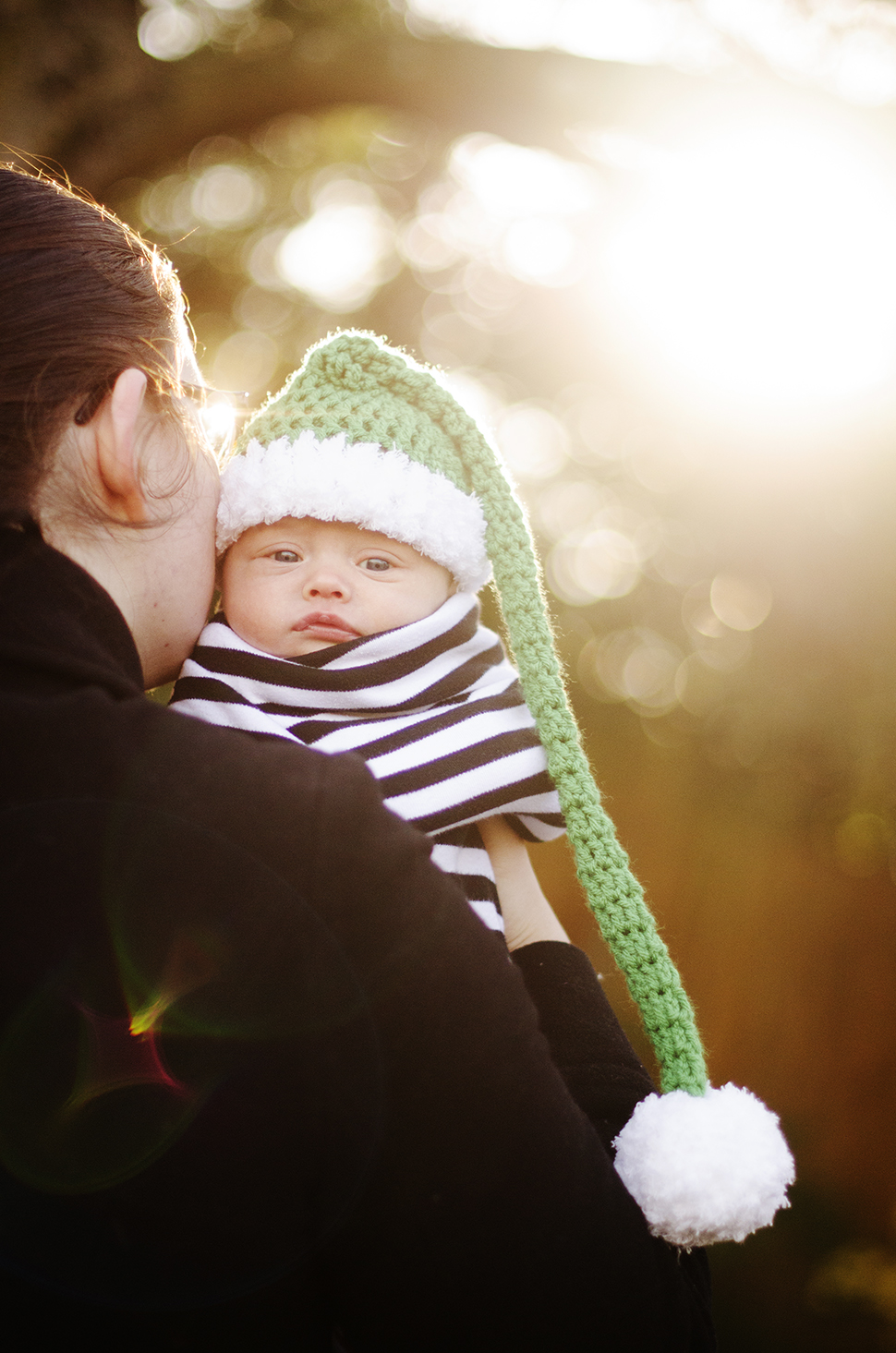 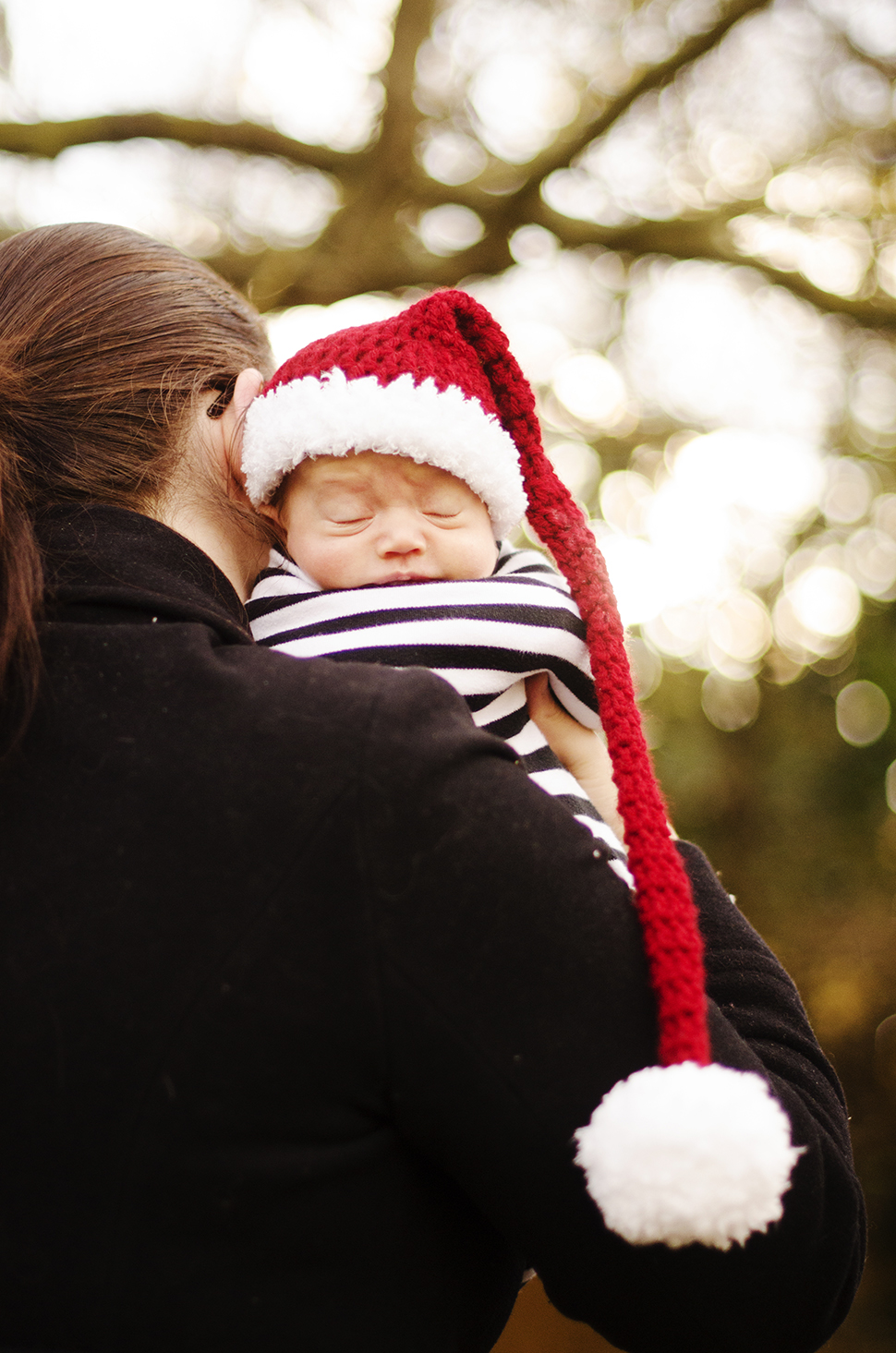 True to form, Balthazar slept through most of this photography session and so Lysander helped me out.  Can you tell the difference between the two?  (Hint: Lysander has his eyes open.  Also – he has more chins!)  He’s a little ahead of Balthazar developmentally and this week, has just started to smile in response to people – usually Kirsty – speaking to and playing with him.  It’s adorable!  Unfortunately we haven’t managed to catch it on the big camera yet, but I’m hoping that this will be the week where he smiles for some proper photographs.  And perhaps his brother will catch him up and oblige us too!

Thank you for the hats, Jen!  I’m sure that you’ll see more of them in their new woollen-wear soon.