This month, the boys seem to have solidly embraced toddlerhood for their own. They are now both very vocal and opinionated, with a whole range of fantastic new noises, including a siren-like shriek and an outraged yell. They are rapidly finding their independence, preferring now to feed themselves and refusing to hold anyone’s hand outside. They enjoy making choices when prompted and will choose from two toys or two outfits.

Their relationship with each other has seen some changes recently, with arguments over toys and personal space increasing with the depth of their frustration at this age. They are still two peas in a pod despite this; when one wakes before the other, he tries everything he can think of to rouse his brother, and if one twin should move away to another room, the other follows. They play peekaboo together and wind up in stitches. If they drink milk side by side, they play with each other’s hands. 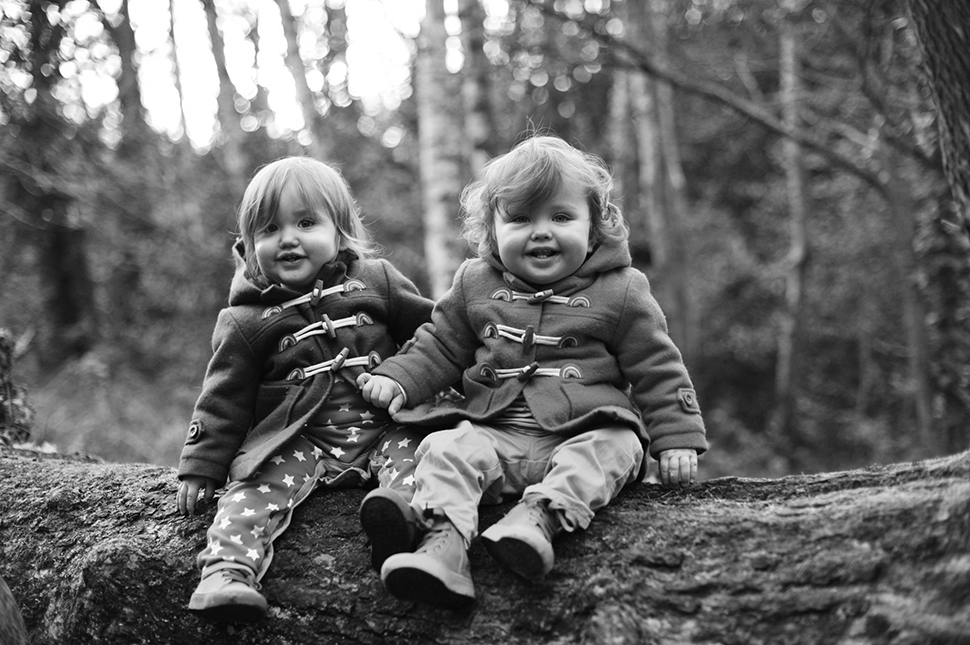 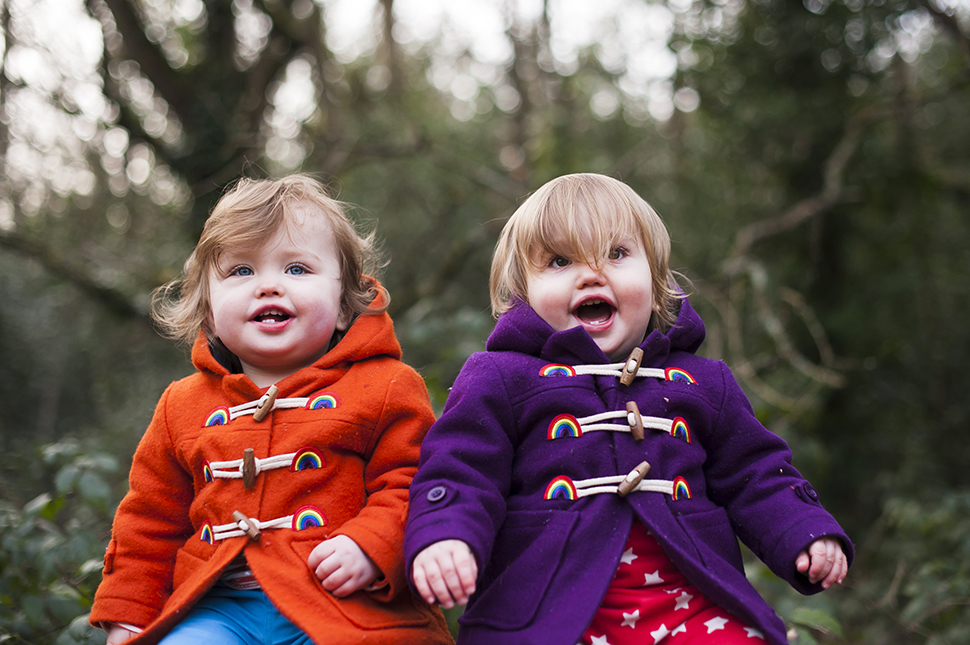 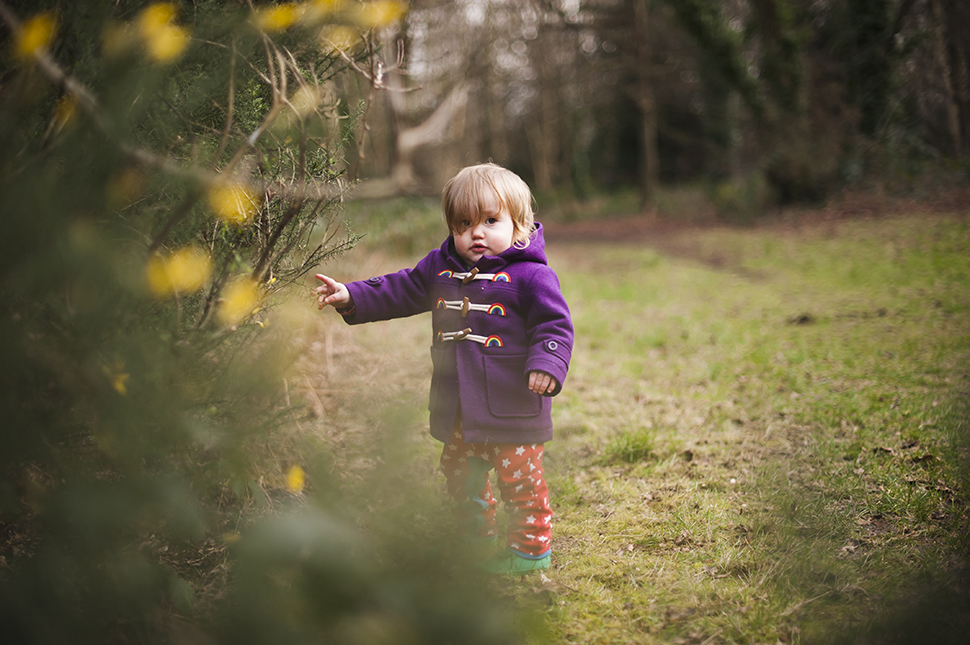 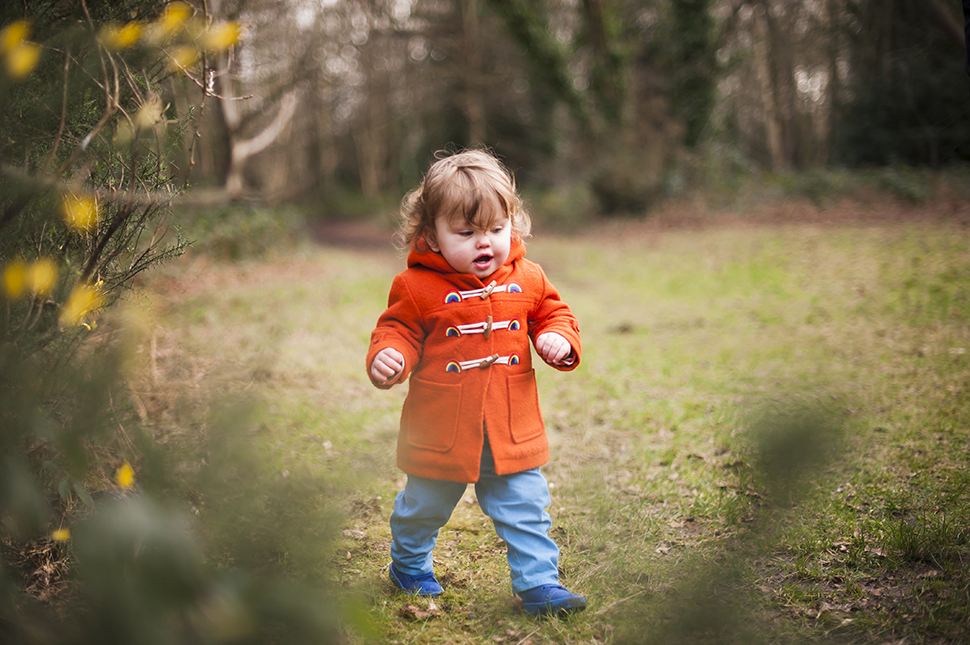 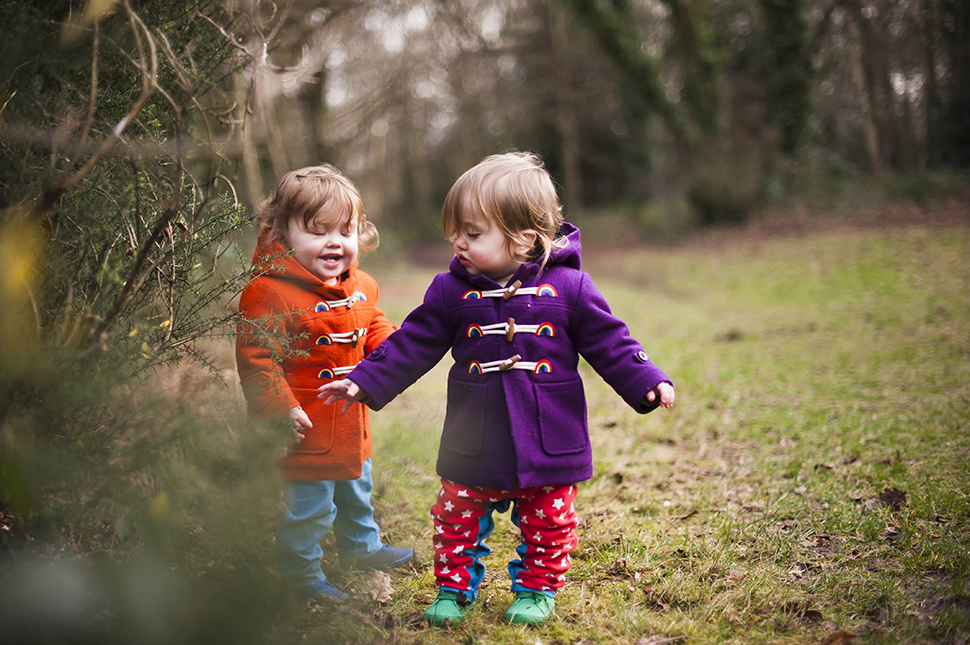 Balthazar has been working on expanding his animal noises and has finally settled on ‘ma, ma’ for a cat, which he now excitedly says to every cat he sees. He enjoys sitting and looking through his board books when his brother will let him, pointing to things as he goes and talking to himself. His favourite book contains animal pictures and he will point to each one and make the right noise and laugh to himself when he doesn’t realise he is being watched.

Lysander has got the hang of giving kisses instead of accidentally biting and comes to ask for them frequently. He is developing a steady interest in climbing (the toy kitchen, in particular) but doesn’t much enjoy heights, so it usually results in panicked shrieking for help from the nearest mama.

So You’re Going to be Big Brothers

Messy Play and the Toddler Personality

Oh Amber, they are so adorable. Definitely toddlers now, they don’t seem to have that baby look anymore. They certainly look like the two peas in a pod you describe; two cute and cheeky peas! x

Don’t they just look adorable in those fab duffle coats! It’s such a lovely age, so full of discovery and wonder. #siblings

These are lovely photos; I love their bright coats. It sounds like they are really embracing toddlerhood (I know exactly what it’s like to have a climber!!)

They are just the cutest pair! It must be such fun to be a twin.

Oh so gorgeous. I wonder how they will cope with two extra siblings in the mix! I can’t wait x x

These are stunning Amber, and just look how cheeky they look, a double act 🙂 I’ve loved following their bond 🙂 x

Those little faces! They are just too cute. And I love their rainbow duffle coats! My best friend has twin boys who are almost two and a half now and it has been so interesting to watch their relationship – they certainly have to learn about sharing (or not!) a lot sooner than a lot of other children!

Amber, I can#t cope. The cuteness is just to real for me to be able to cope, lol. Gorgeous little guys and I cannot believe how big they are getting!! x

Gorgeous boys, they just always look so content and full of fun! Adore their coats too. 🙂