You know how when you’re just starting primary school, your mother buys a blazer in which you could fit all of your little friends, and promises that you’ll grow into it?  And by the time that you graduate that school, it’s only just starting to fit?

Which is to say that my perfectly average-sized nine-weekers are today wearing clothes from their 3-6 months wardrobe, because ‘they’ll grow into them’ (yes, in approximately a month) and besides, they look adorable a bit baggy.

I bought the majority of this clothing haul in the John Lewis sale a few weeks ago.  Lysander is wearing straight-up John Lewis aside from the shoes, which are from Mothercare, and Balthazar is wearing a John Lewis jumper, Little Green Radicals trousers and hand-made shoes that we picked up on eBay yonks ago.  They’re also wearing about a million layers underneath because, as you can probably tell from these photographs, it is FREEZING and I sorely regretted not doing the same, I can tell you.

In case anybody is wondering, my jumper is from Dickins and Jones and is so old that it actually has a hole in the elbow (I edited it out) and the jeans were my mum’s, once upon a time, but then she offered them to me after a Cadbury’s Cream Egg binge finally and irrevocably exploded her posterior out of them.  I am not glamorous because the twins’ wardrobes tend to eat most of my disposable income but the best thing about having twins is that people tend to think that you’re winning if you’ve only managed to brush your hair.  I’ll take it. 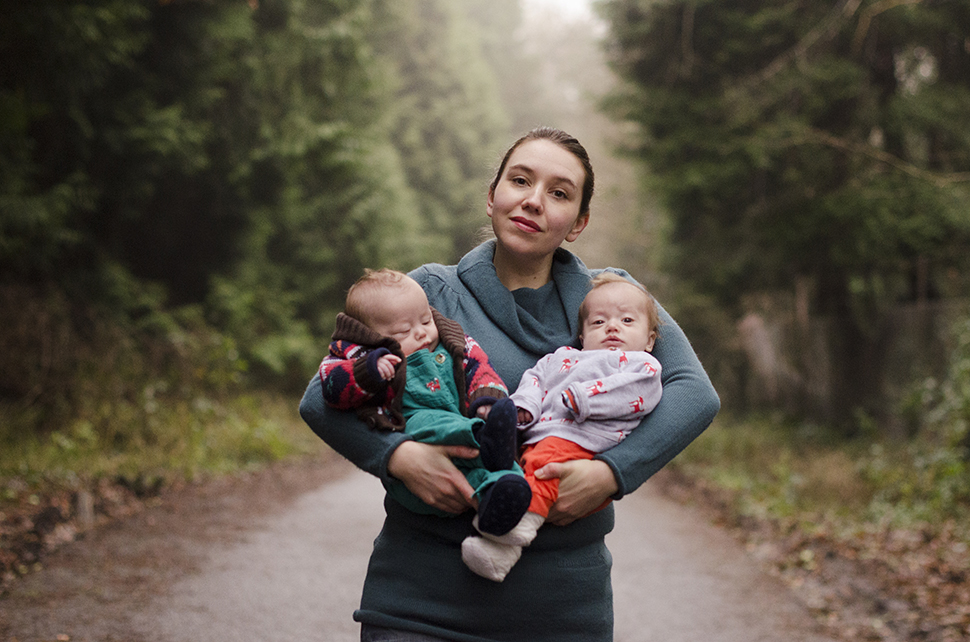 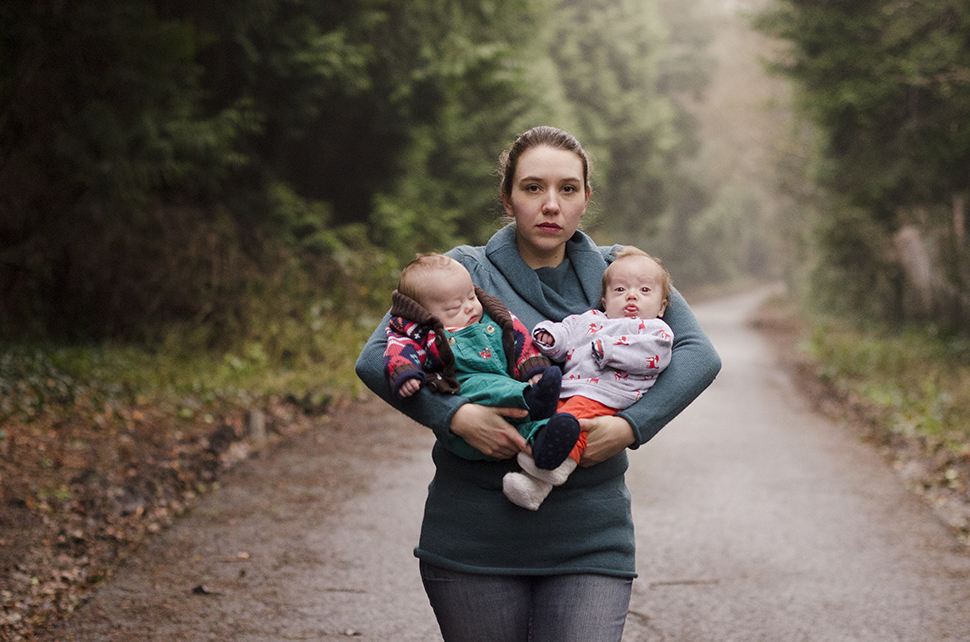 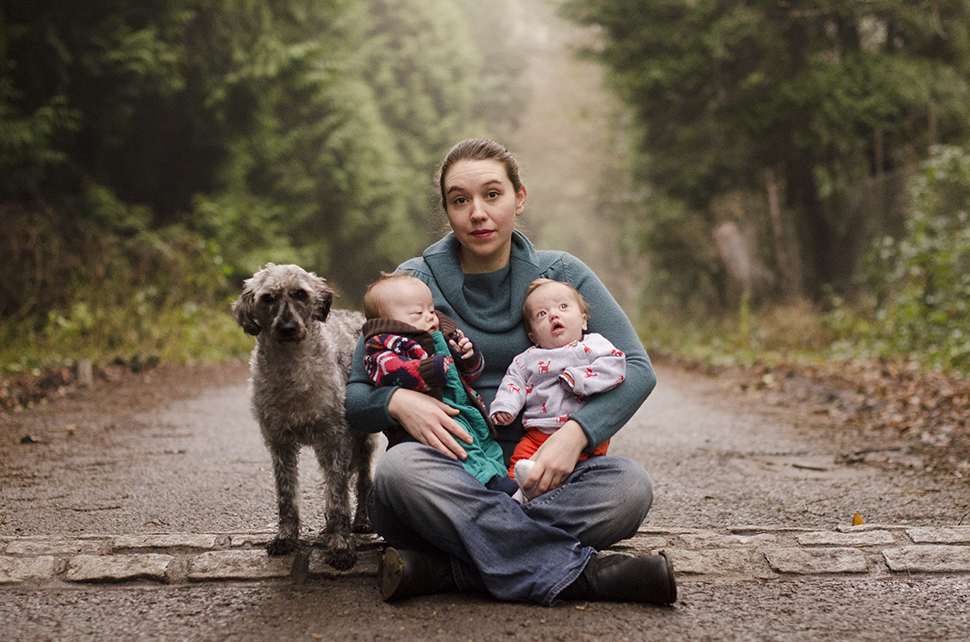 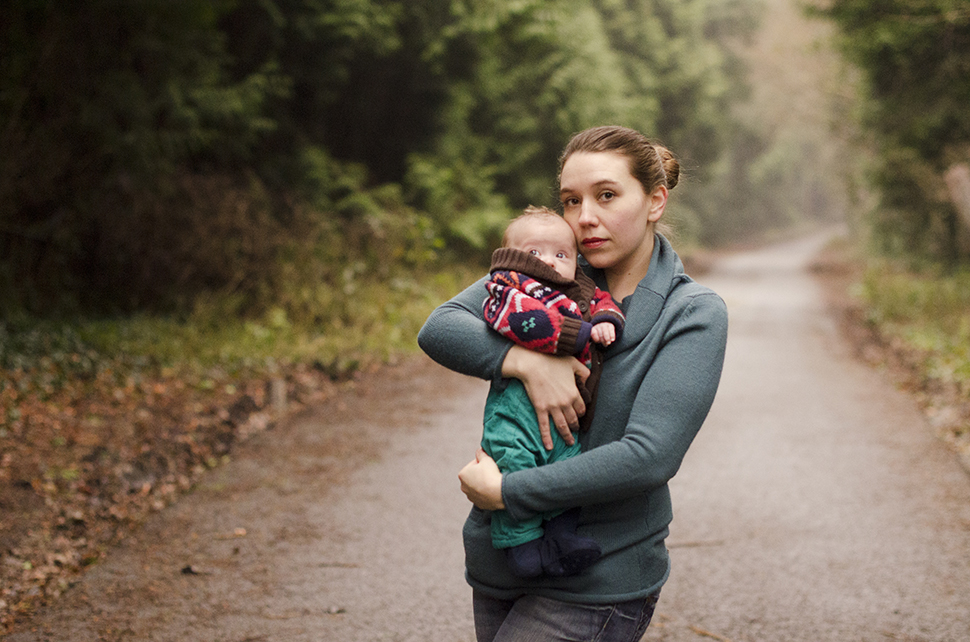 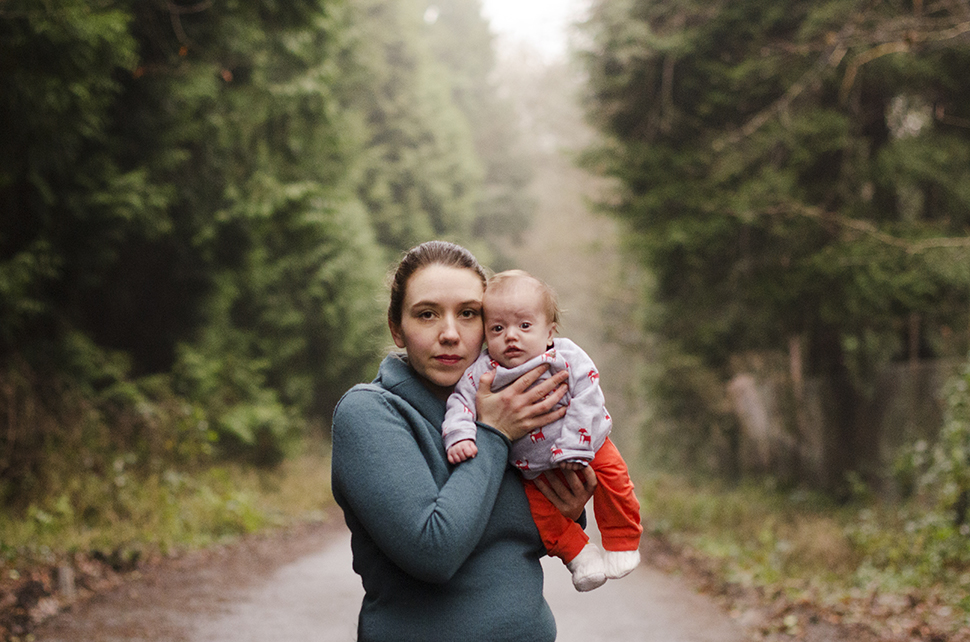 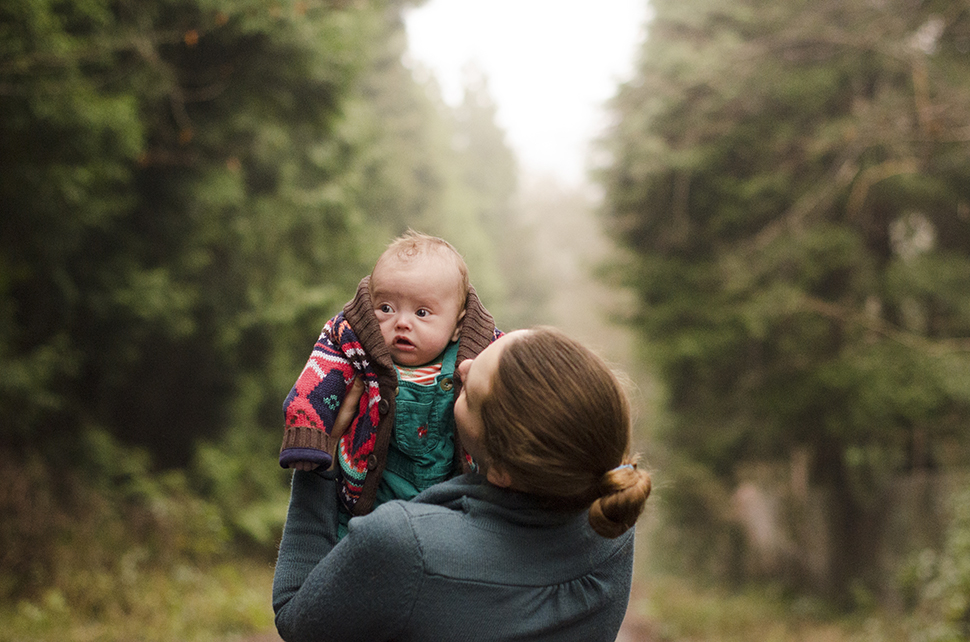 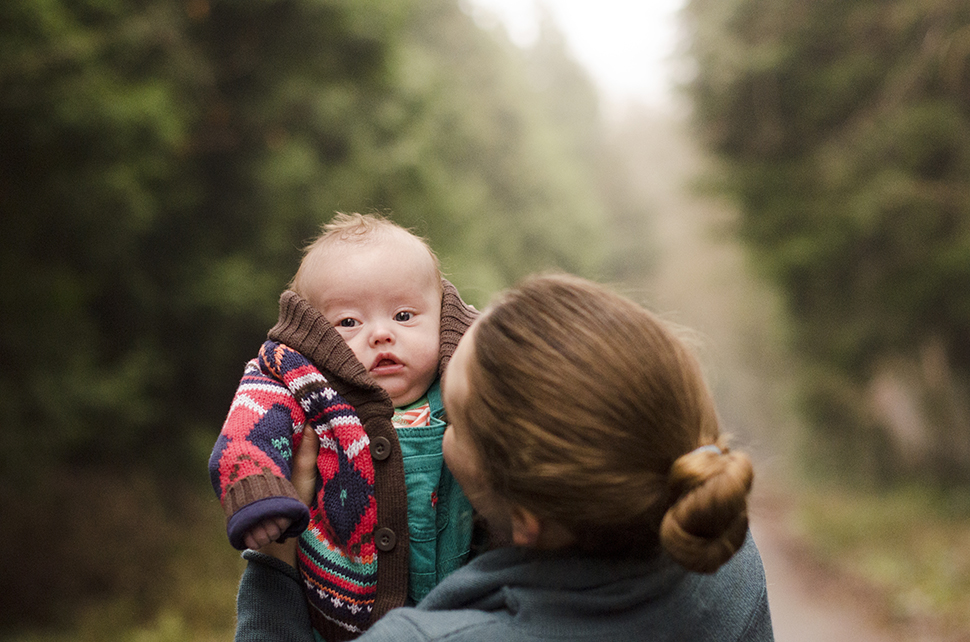 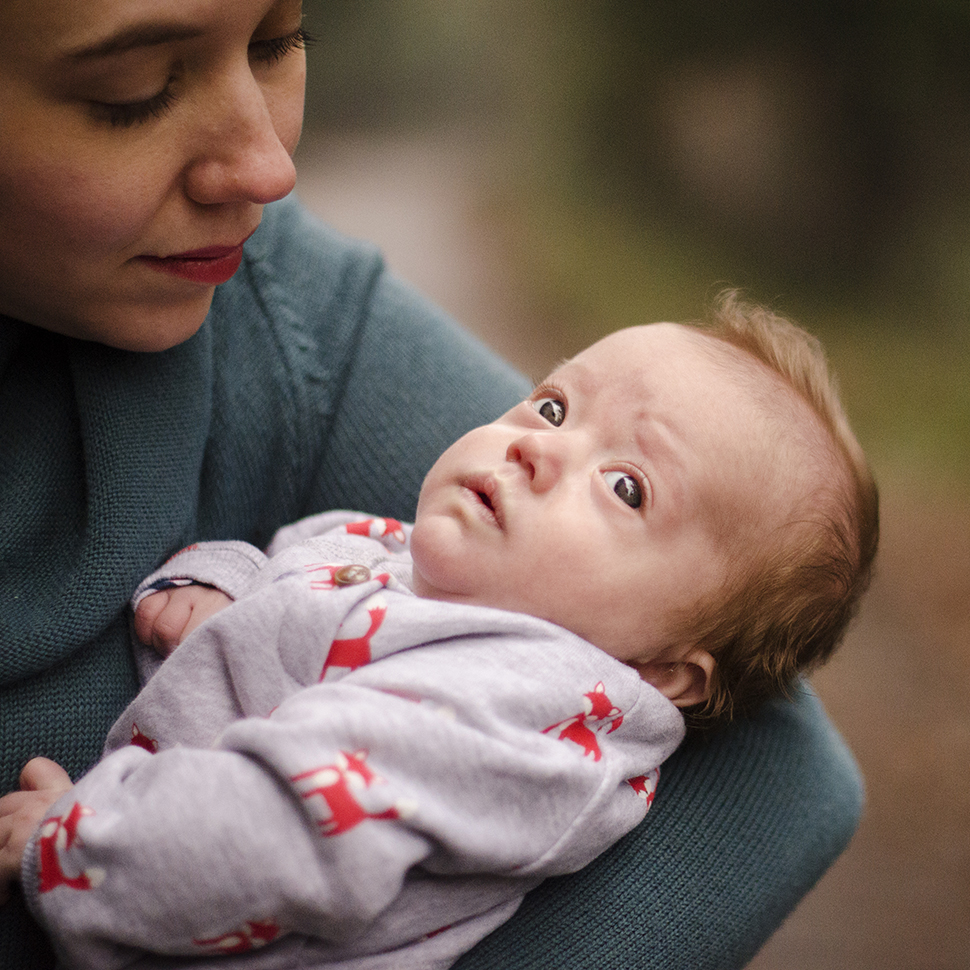 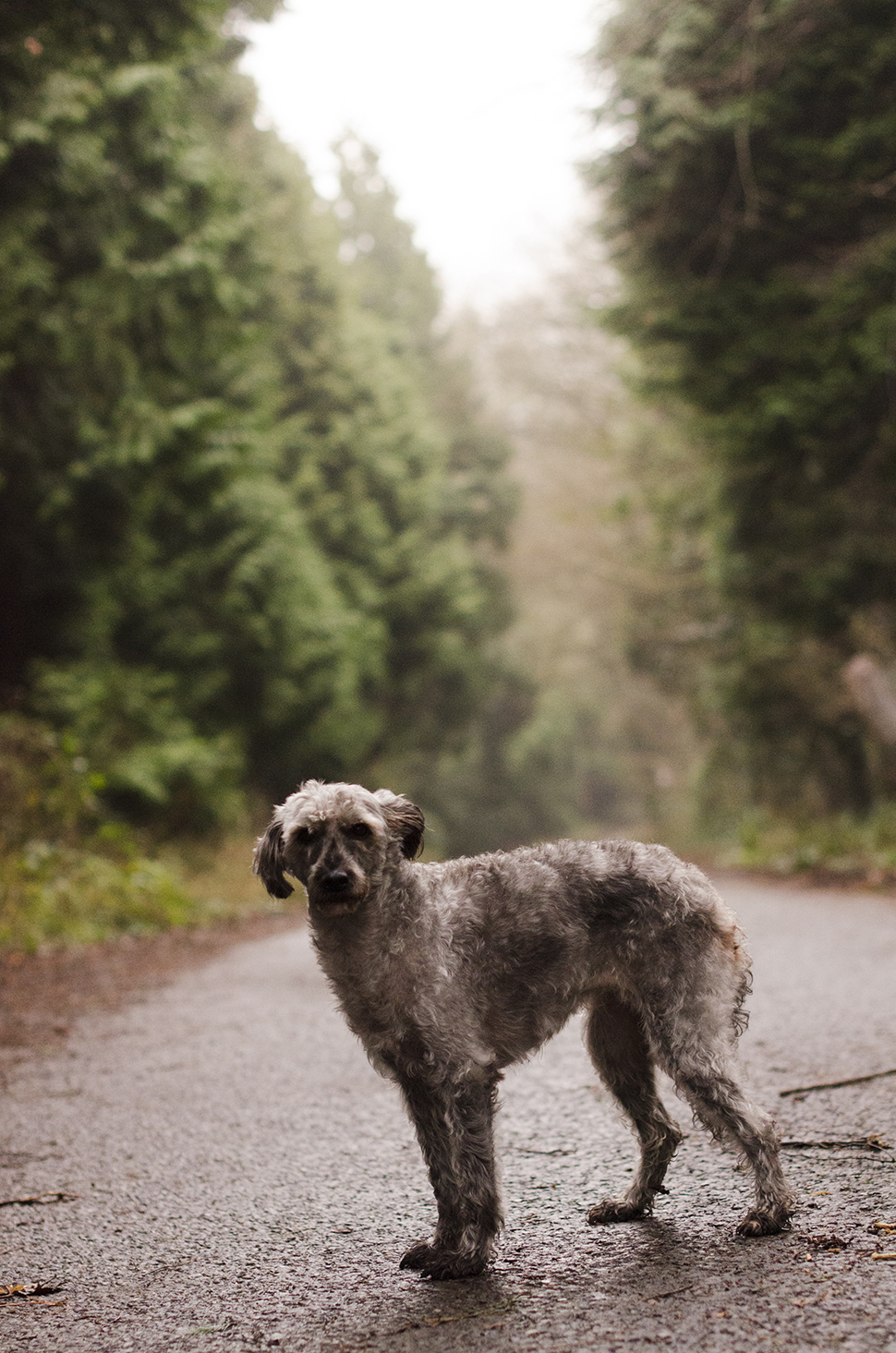 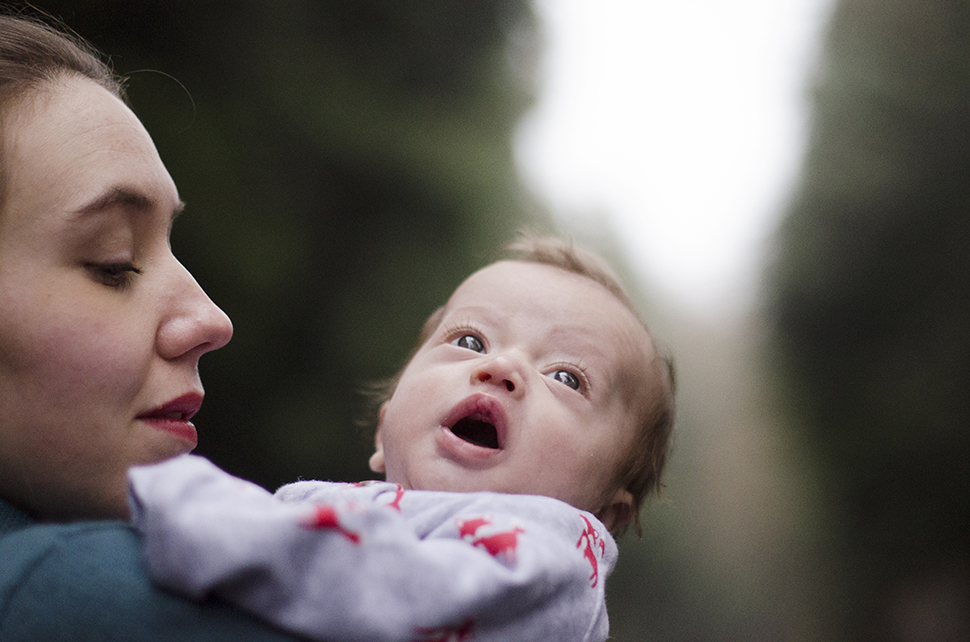 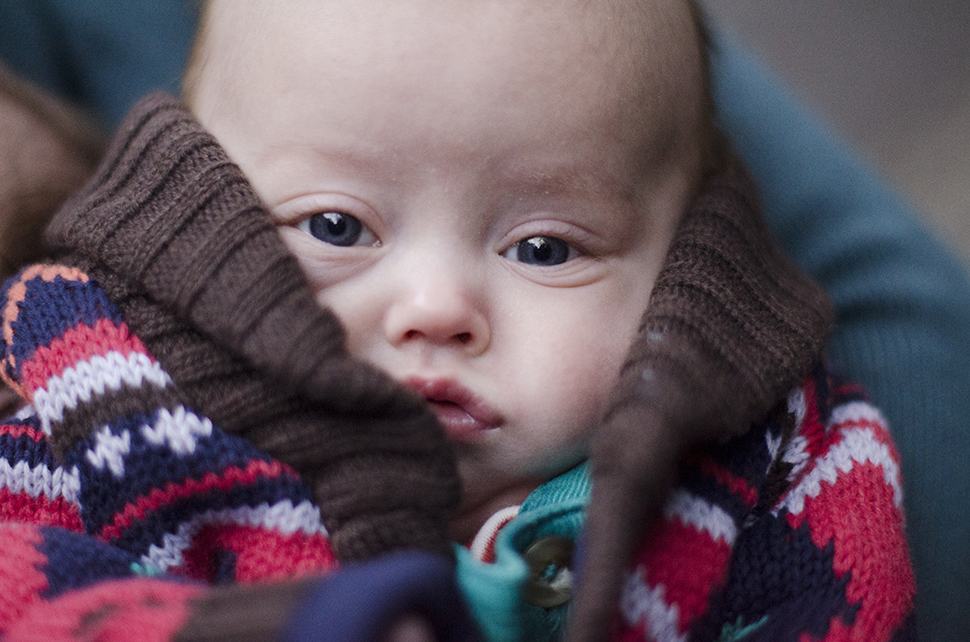 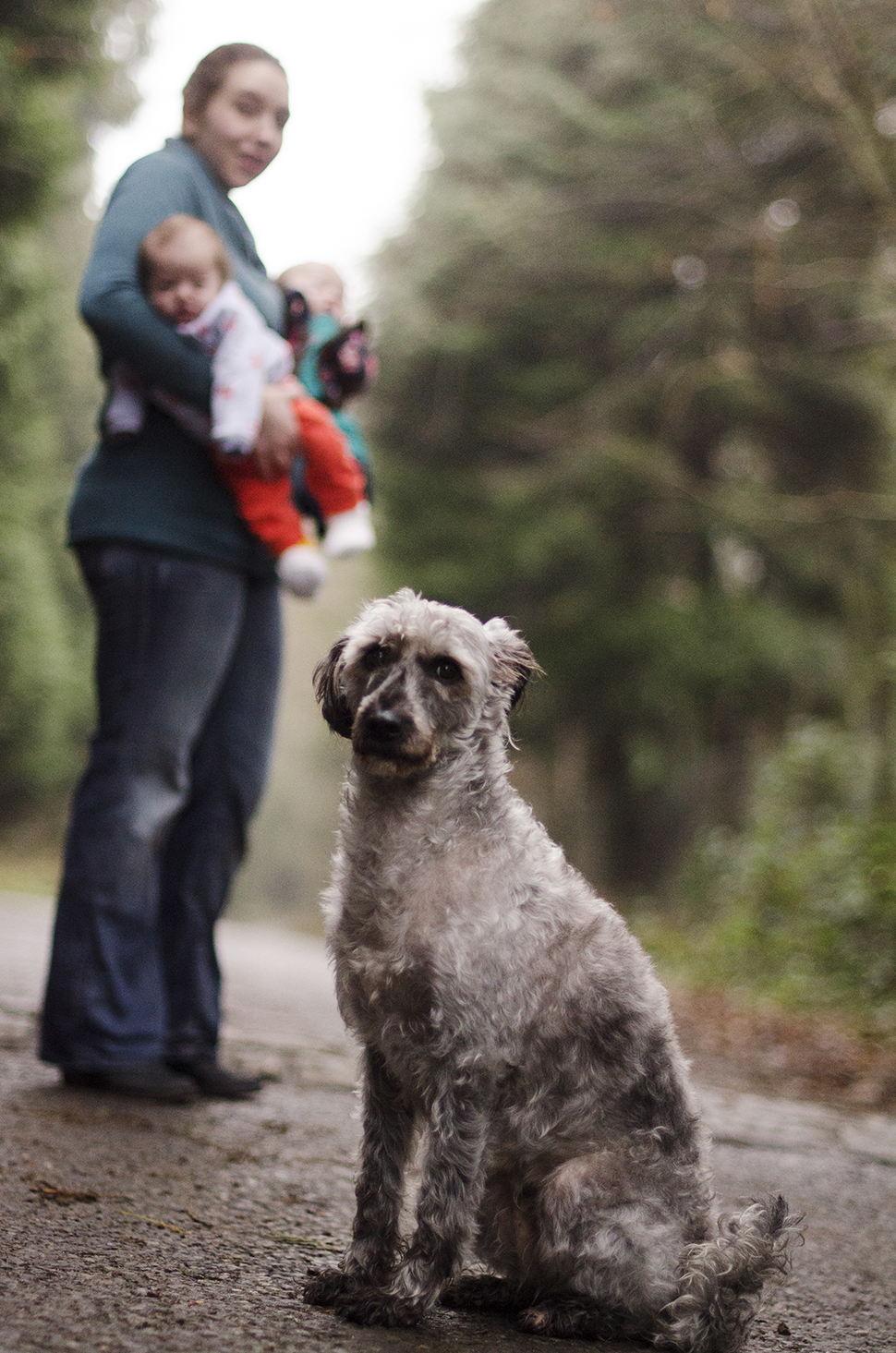 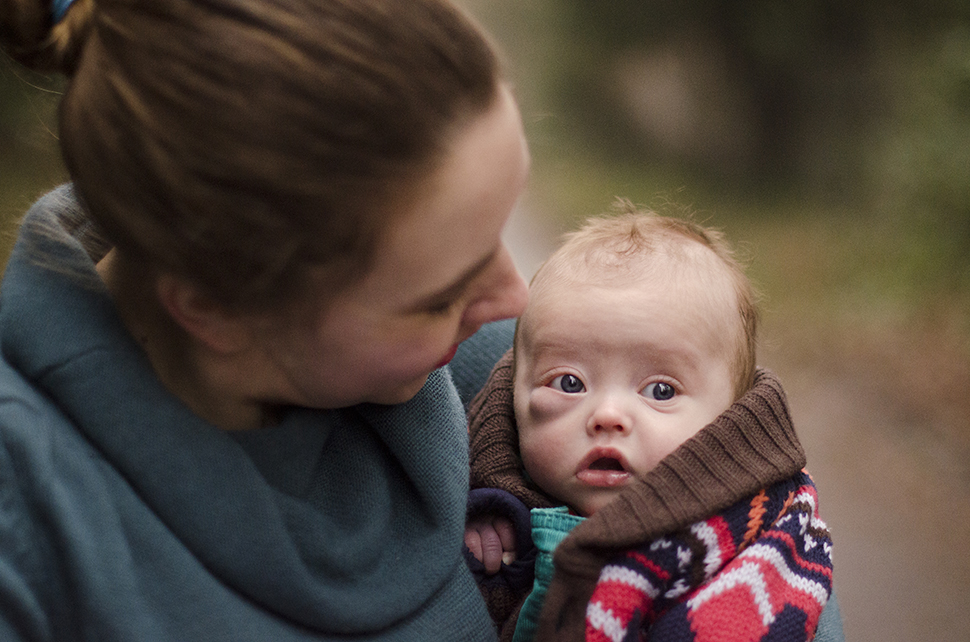 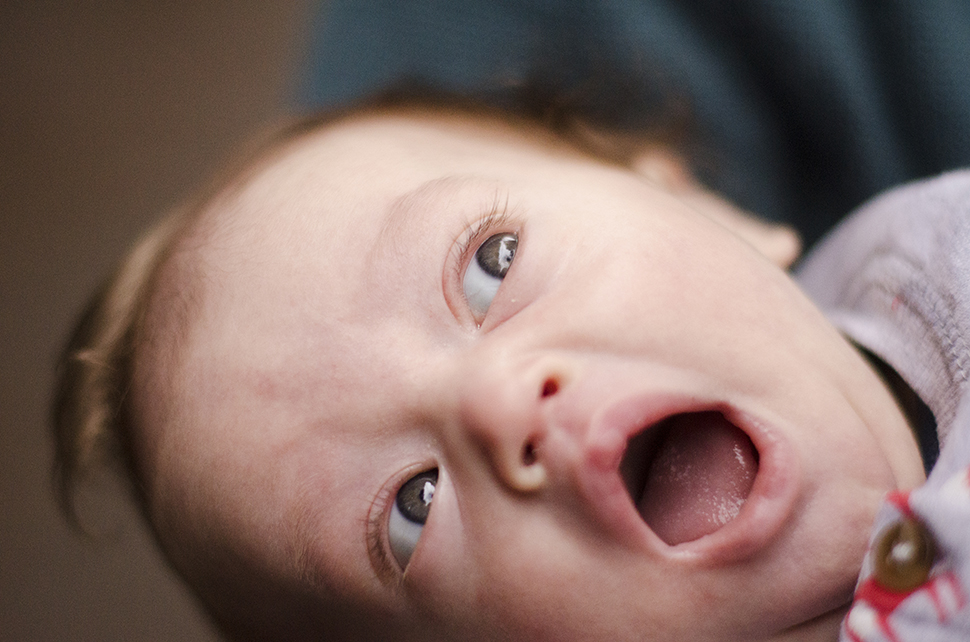 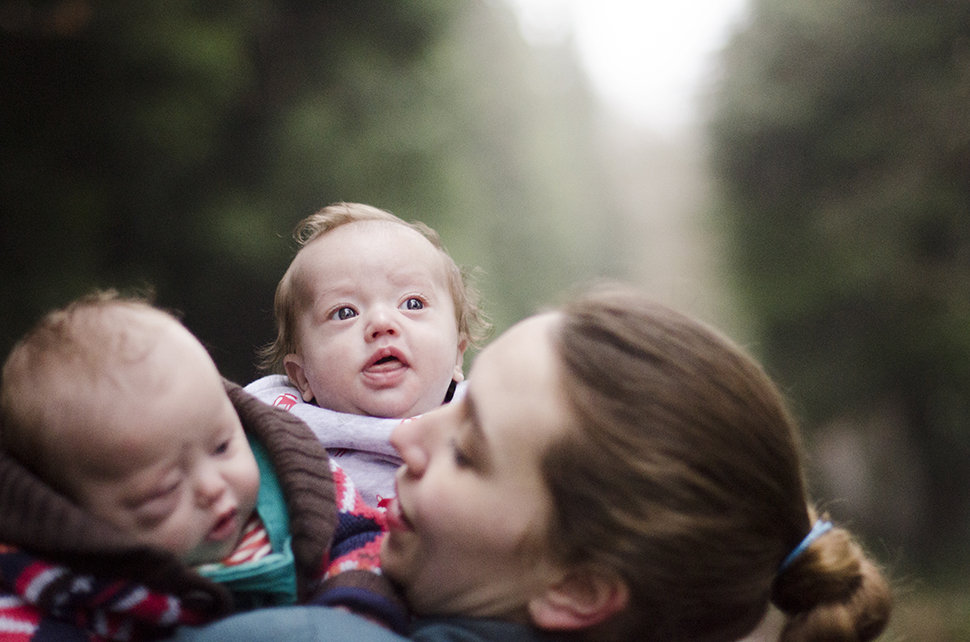 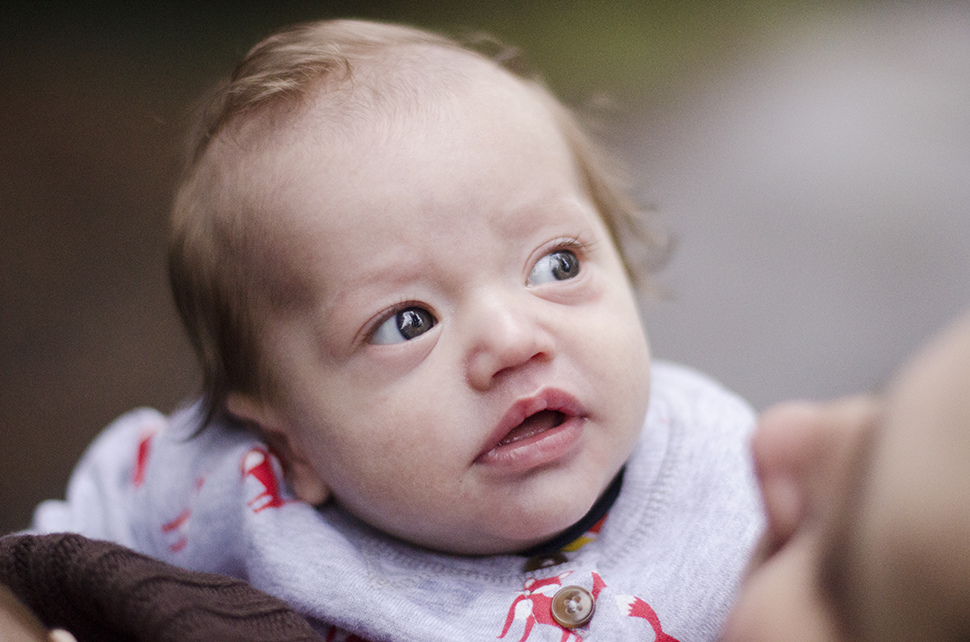 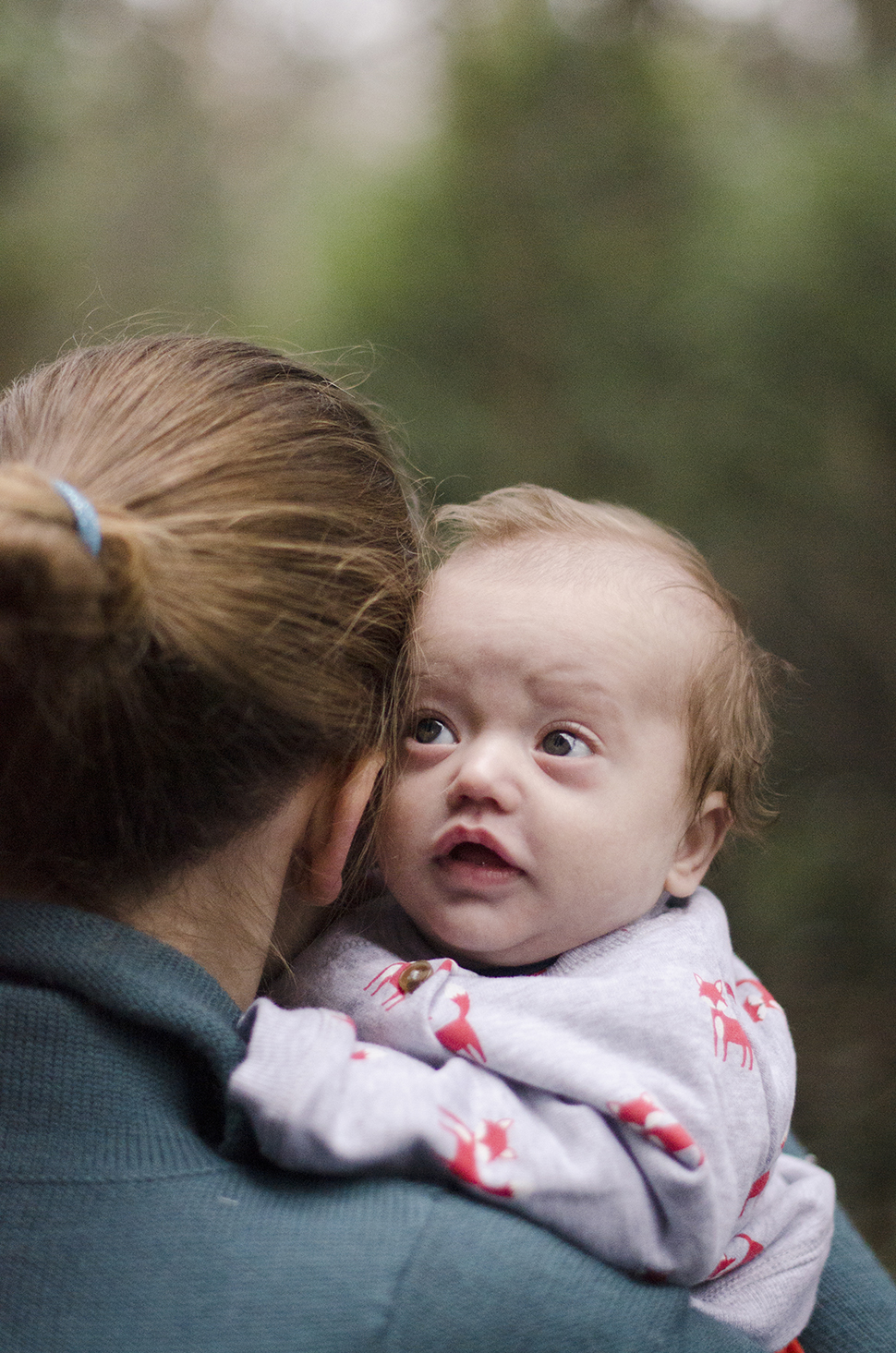 It has come to my attention that I have a serious weakness for fox-themed clothing.  Seriously.  You want me to buy something?  Slap a fox on it and I won’t hesitate.  Not only is Balthazar’s grey jumper absolutely slathered in foxes, but Lysander’s dungarees also have a tiny fox on the front.  We’re all about the wildlife, here.

On another note, looking at these photographs is really driving home how visually different the boys are from each other.  Not only do they have different eye colours but none of their features are alike at all.  They even have different ear shapes!  It’s quite lovely, and makes me wonder who our next children will resemble.  Does anybody think that they look like me at all?  I can’t see it. 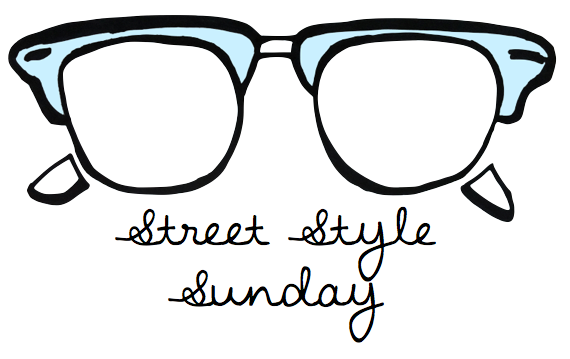 You look great. And yes, baggy clothes look fabulous on the boys, the look very snug. I think Balthazar looks a little more like you than Lysander, but I think I can see mama (not sure if you’re both mama, i recall someone was going to be) in them.

I love the colours and natural light in these photographs! Congratulations on two beautiful boys! x