The All-in-One Buying Guide from Tesco

We had a bit of a disaster shortly before I left for our Camber Sands holiday last week when Josephine-dog leapt down off of the sofa and landed on my laptop.  Initially it appeared to be undamaged but when I turned it on I noticed that about a quarter of the screen was white, with what looked like a bleeding black crack spreading across the rest of the screen.

A few days later, one of the little stands that keeps the screen standing upright snapped off, and now the front of the frame around the screen seems to be slowly peeling off, and the laptop automatically shuts down after twenty minutes due to overheating.

To save you the effort of imagining my face when this happens, here’s a picture: 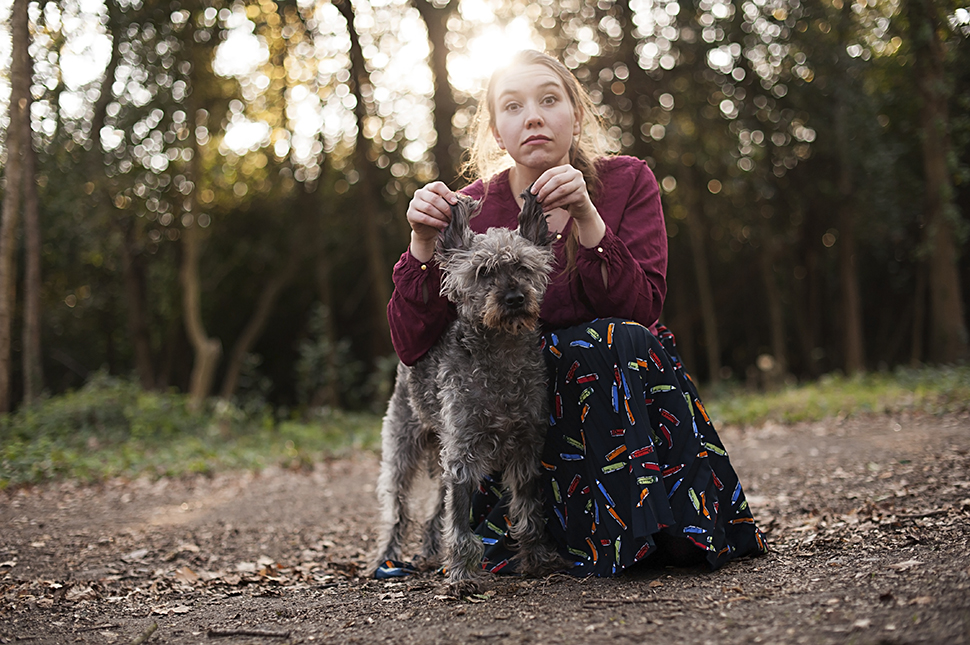 Poor old Josephine.  Between this incident and the three-day doggy hospitalisation in March that cost us almost two thousand pounds, Josephine is swifty becoming the most expensive thing in my home.  It’s a good thing that she’s thoroughly adorable. 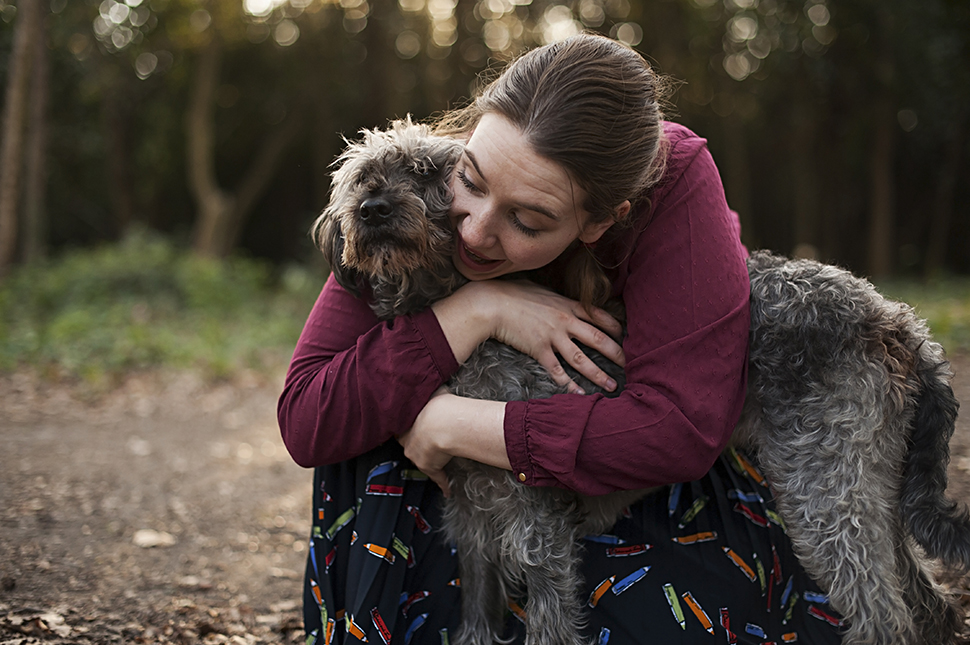 As I can’t be trusted with anything other than frivolous purchases (case in point: the £400 pram that I bought because it was purple) my infinitely more sensible other half, Kirsty, has been researching replacement options for me.

One of her suggestions was that in a home with not one but TWO babies soon to become mobile as well as an accident-prone little dog, it might be preferable to invest in a desktop PC.  She pointed out that I do power through vast amounts of data editing umpteen RAW photography files in Photoshop that my laptop has struggled to cope with for a while.  I’m also considering jumping on the vlogging bandwagon, and I know from experience that editing video takes even more power than editing images.

She makes a valid point but I love the set-up that I have now, where I sit on my rainbow rug with my mug of coffee, and use the laptop surrounded by dog and babies.  It means that I feel close to the family even when I’m busy, which wouldn’t be the case if I were sat away from them.  The other advantage of laptop over computer is that I can migrate it around the house, depending on where everyone is, or take it with me when we visit my mum or go on holiday.

Kirsty thinks that if I won’t buy a desktop PC and migrate to a desk, I might like to consider an All-in-One, which is basically a desktop PC squashed into the size of a laptop.  It probably wouldn’t survive my 14kgs of dog jumping on it any better than a laptop would but she thinks that it might be worth it for me as the higher-end models share similar performance specifications with a desktop PC, allowing my editing of large files to run seamlesly.  Not to mention, they’re VERY nice to look at.

We’ve been looking at laptops and computers from Tesco as it’s always nice to get a few more points on the clubcard, and the All-in-One buying guide is a useful resource that spells out the different system specifications for various All-in-Ones, so that I can be sure to choose one with enough power to cope with my needs.

That way, I can still sit cross-legged on the rug to blog, rather than feeling chained to a desk!

Do you use a desktop PC or a laptop?  Perhaps you use an All-in-One?  Do comment and tell me what has worked for you!

*Thanks to Tesco for the inspiration.

We have a laptop and a desktop that has 4 screens. That’s hubby’s though. I use the laptop for editing images and blogging but will steal the computer for video edits and if I really need to concentrate and not be surrounded by demands. Plus I prefer typing on the proper keyboard over the laptop One. Especially as the T doesn’t work very well on the laptop. I love the look of an AIO though. I like the new Surface Pro 3

I have a desktop with A LOT of ram. There is no way I could function with a laptop, like you said, for working on RAW files and video. This does make things trickier with daily life though – there are many times that I can’t work because I need to be in another room, or I’m feeding a child. Best of both worlds would be a portable option for writing/blogging/emailing and my desktop for the heavy duty work. When child no 3 happens, I’m going to treat myself to a chromebook or a reasonably priced notebook.

we have a desktop which I absolutely love it. We had a desktop PC and a laptop in the past but the great thing about this set up is that the keyboard is wireless so if I want to sit on the floor I can!!