Home Twins 27 Weeks (and counting down the days!)
Twins

27 Weeks (and counting down the days!)

I shouldn’t complain.  I promise that I know exactly how fortunate I am to be having TWO gorgeous and healthy children and as a result of our first attempt at IVF, no less.  I know that as far as twin pregnancies go, this one is revoltingly easy.

I can’t sleep.  I can’t even lie down and PRETEND that any minute now I’m going to fall asleep, because even with three pillows there is no way to arrange myself that is comfortable for more than about two minutes.  I can’t even breathe like a normal person and am instead forced to snuffle like an elderly pug until I’m forced by discomfort to get back up again.  It’s miserable.

And I love my sleep.  We’ve always been besties.  I’ve always been one of those people who could sleep absolutely anywhere, so this is new and disconcerting.  And unwelcome.

Ten weeks to go.  Only about seventy nights.  In the grand scheme of things, that’s nothing.  I can get through seventy nights of discomfort without losing the plot or my relationship (I don’t tolerate late nights ALLL ALOOOONE as well as I probably should).

I think that they must be having a growth spurt, as I had a day last week in which I literally would have eaten my colleagues’ heads had they not had the sense to ply me with (a whole packet of) biscuits and (the basic entirety of a) fruit (bowl).  We had a family barbeque on Sunday at which all expressed horror at the sheer ready-to-pop size of me.  Unflattering comparisons were made against Cousin R, who is due three weeks later with just the one little boy and, apparently, looks as though she’s swallowed a McDonalds.  Oh, but it’s a good thing that I’m thick-skinned!

Here are a couple of photographs from Sunday, in which I squeeze myself into a non-maternity Joules dress in an attempt to convince myself that I’m not that big really.  You might notice that a strong 90% of my wardrobe comes from Joules.  I’m not actually paid to advertise their clothing, I just adore most of their female range.  It fits beautifully, and is timeless and elegant as well as comfortable.  Even at 27 weeks sprogged up with twins! 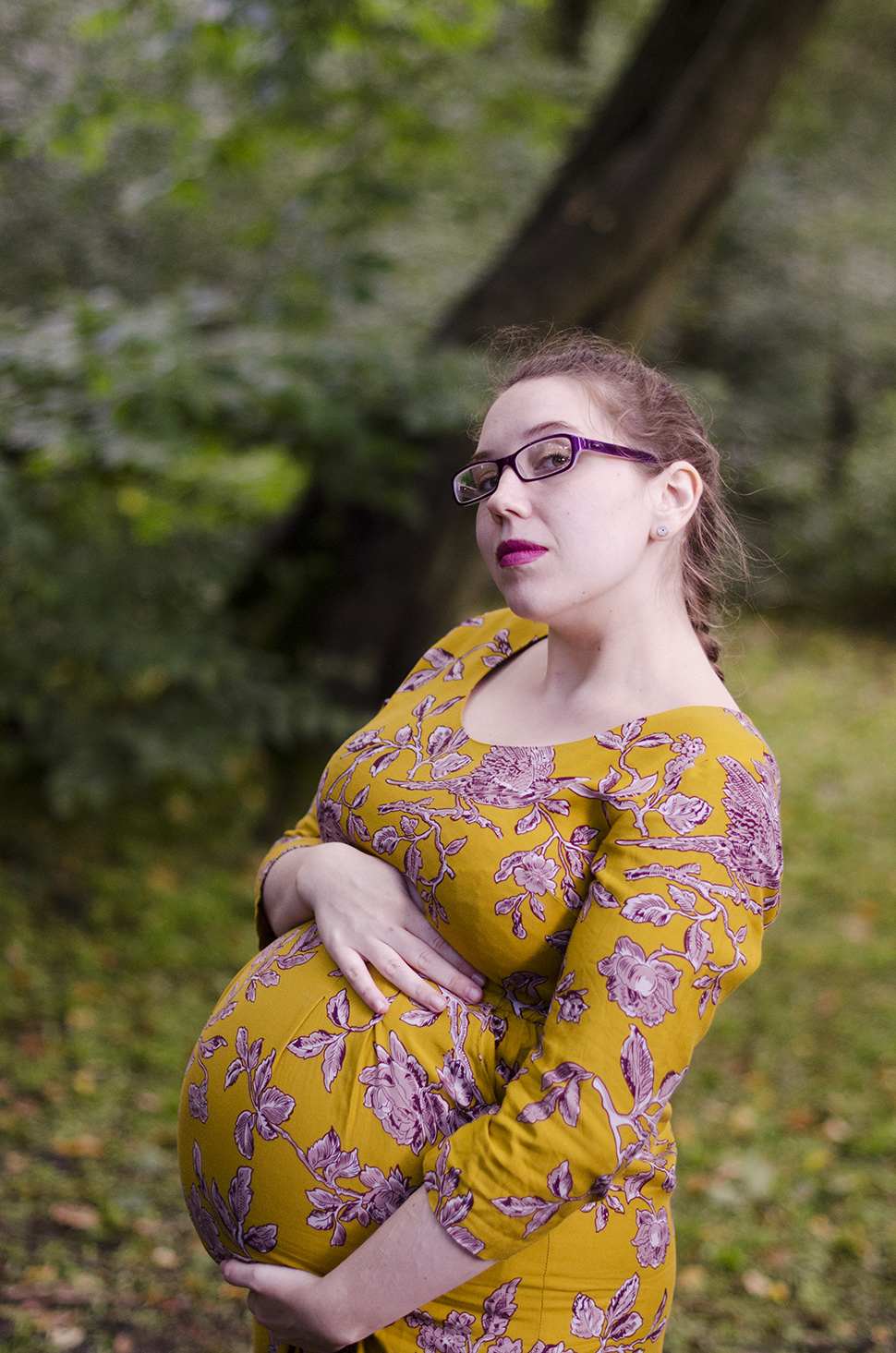 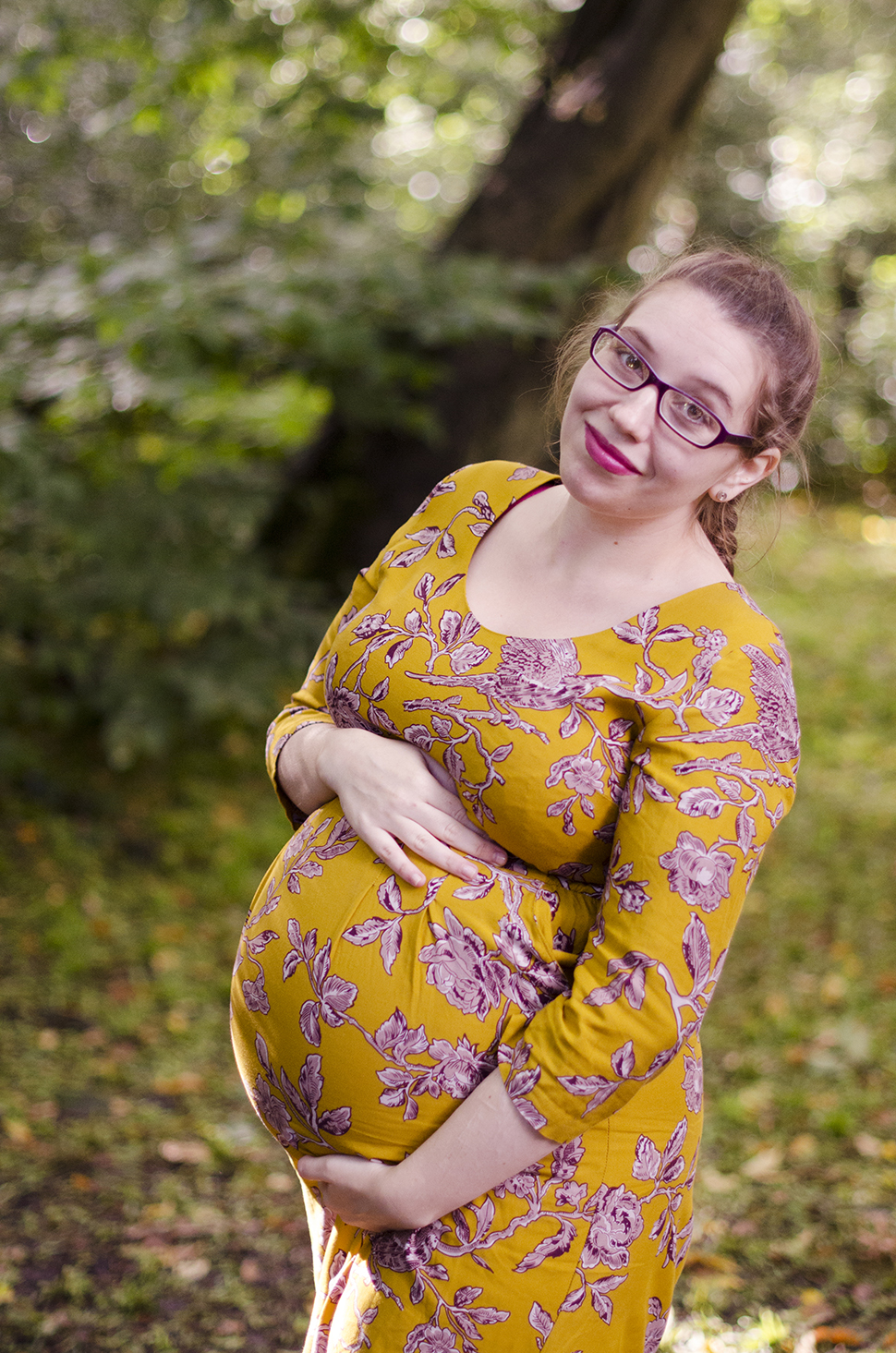 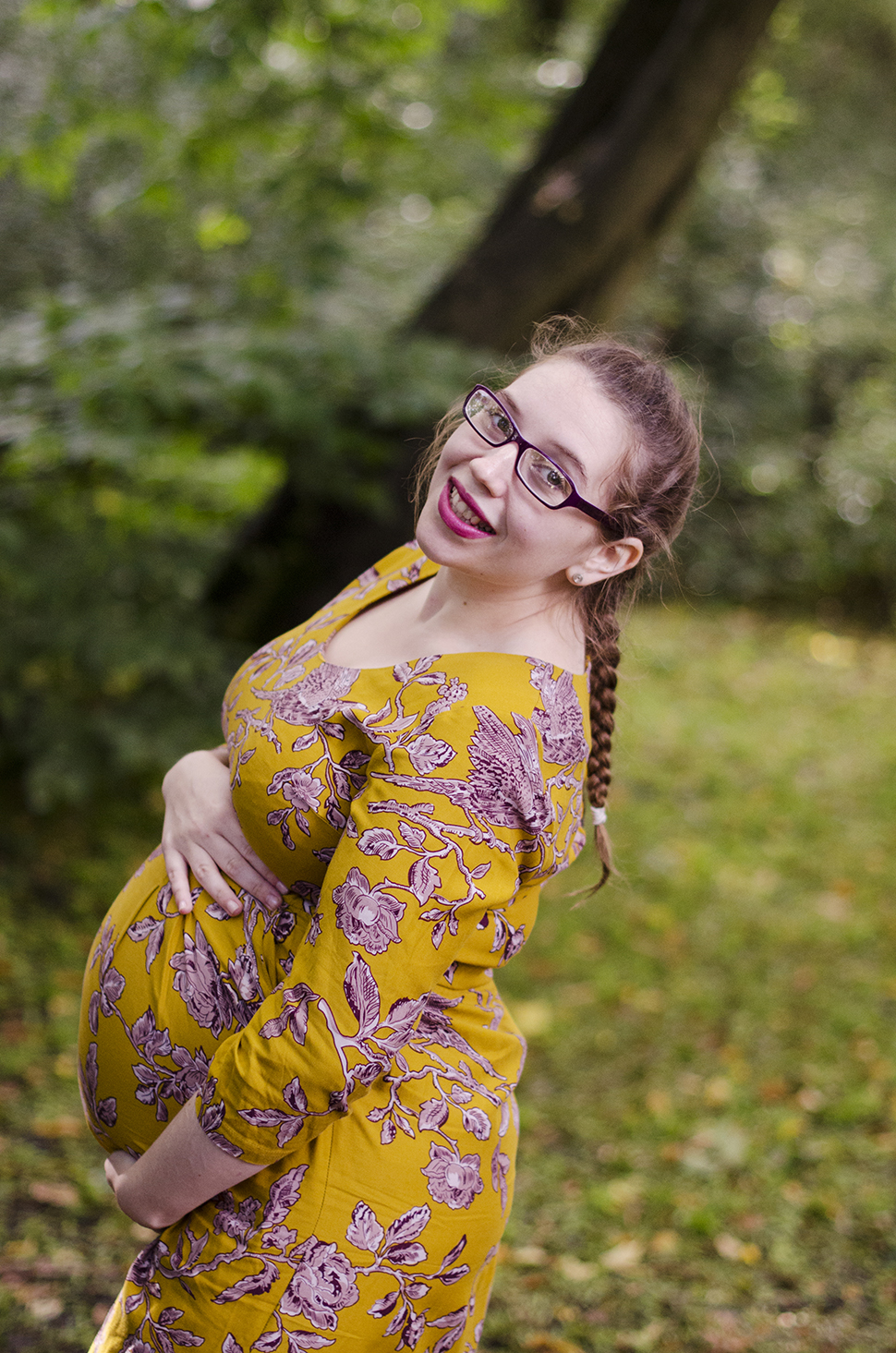 On a narcissistic note, I’m ever so glad that as dreadful as I feel right now, I really like how I look.   It’s more or less the only thing that gets me out of the house in the early morning!

You look fab and if you can’t be narcissistic during pregnancy… When can you?

Thank you! I’m definitely making the most of looking pregnant rather than chubby. 😉 – Amber

[…] build myself a nest of pillows but alas, there isn’t the space. Funnily enough, Kirsty found this post the other day from where I was about as far along with the boys and we both laughed about how […]