I (Amber) don’t yet have outside-of-womb children but it’s probably a similar sort of feeling: that moment when you look at your small dependent and think, I love you so much and your life is about to change in so many ways and you have absolutely no idea.

But I don’t have children yet so when I’m experiencing these enormous seismic waves of emotion, I’m actually looking at the dog.

It’s disconcerting.  Rationally, I know that these human children are going to take up so very much space that everything else is going to feel sort of squashed for a while.  Emotionally… good lord, I love that dog.  I can barely imagine a universe in which she doesn’t play a prominent part.

We are determined that Little Dog Josephine won’t be sidelined in favour of the babies, that we will find a way to meet her needs as well as theirs and to bring them up loving her, respecting her and considering her.  Determined.

But no matter how much energy we invest in integrating Josephine in to the new family, without a doubt things will be different.  And at some point on Saturday when I was snuggling her on the sofa, I realised that these next few months are probably the last time in her life that we will have the time, energy or inclination to throw her a party.  So we did.  We declared the following day to be National Posy Day and set about making preparations for a pawty that would salve our consciences!

Kirsty crocheted her a crown.  Because every special little girl needs a crown.  She modified the Princess Crown by Ira Rott, and used Lion brand Vanna’s Choice yarn. 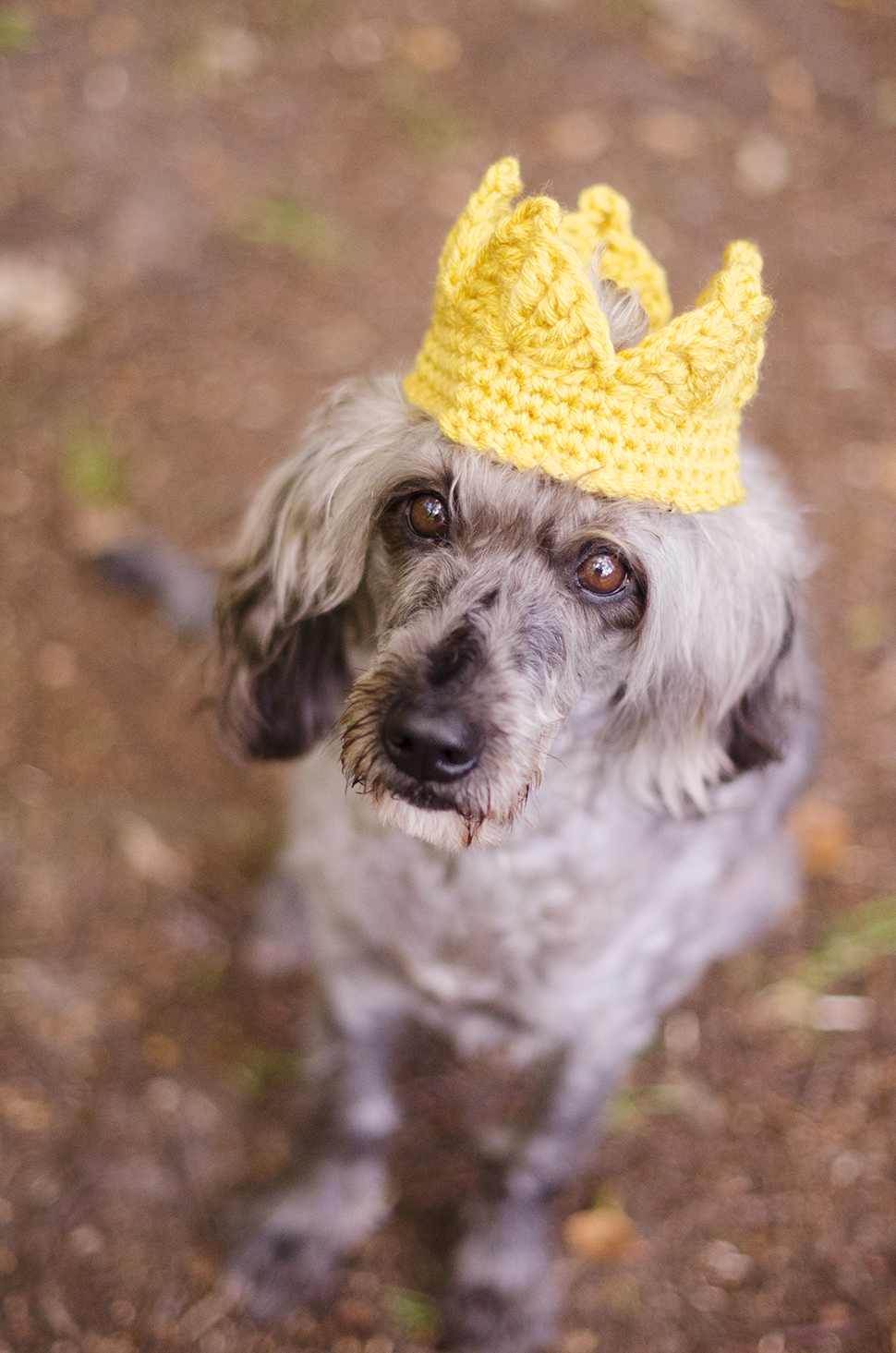 Queen of our hearts, Queen of the woodland. 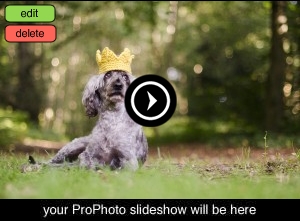 She managed to have a good sense of humour when her crown slipped over her eyes. 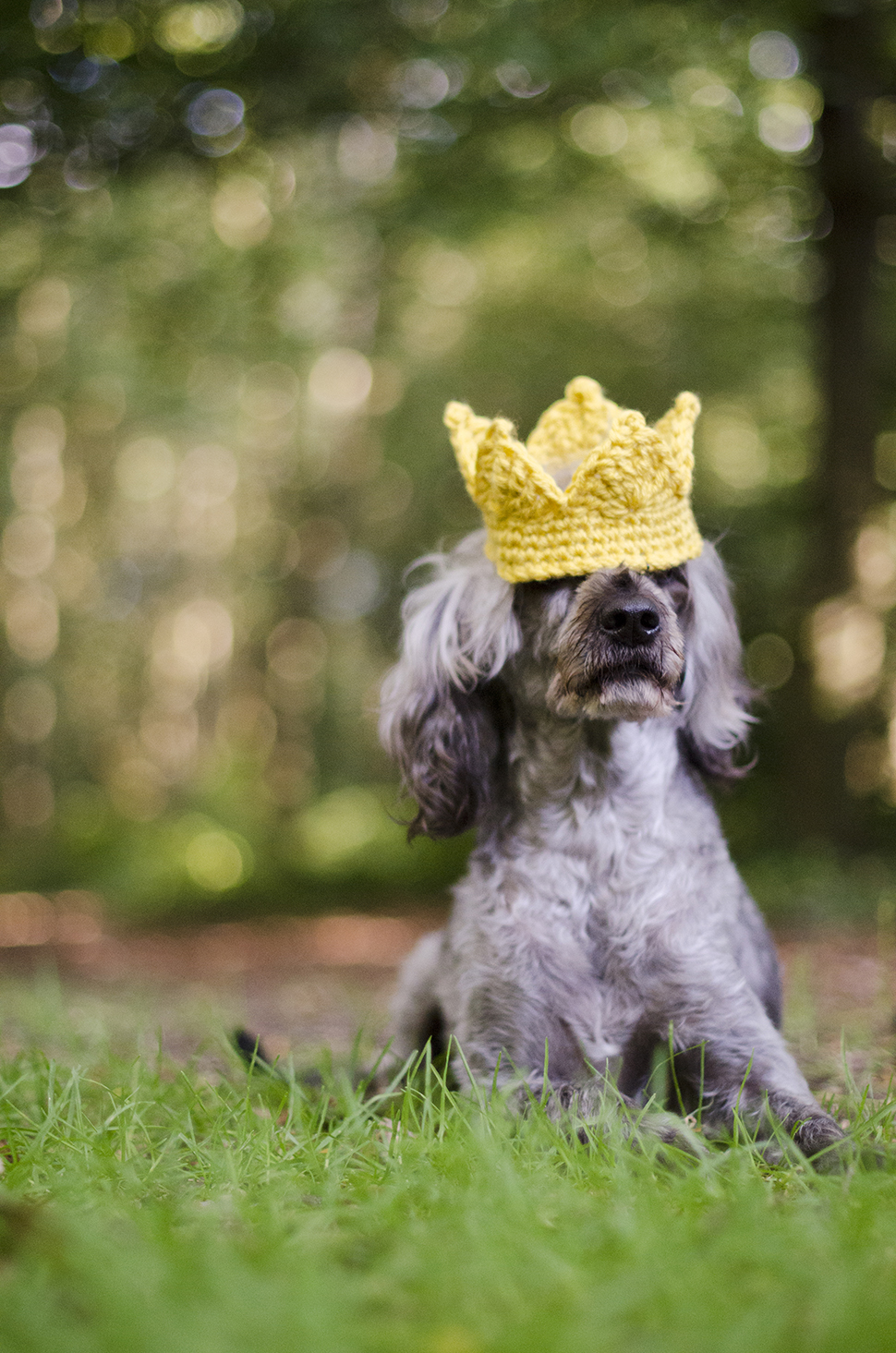 Kirsty also made bunting, which was adorable but a complete pain to put up and also, we forgot about it until halfway through the ‘shoot!  No matter – we got an image or two and will utilise it at a later date. 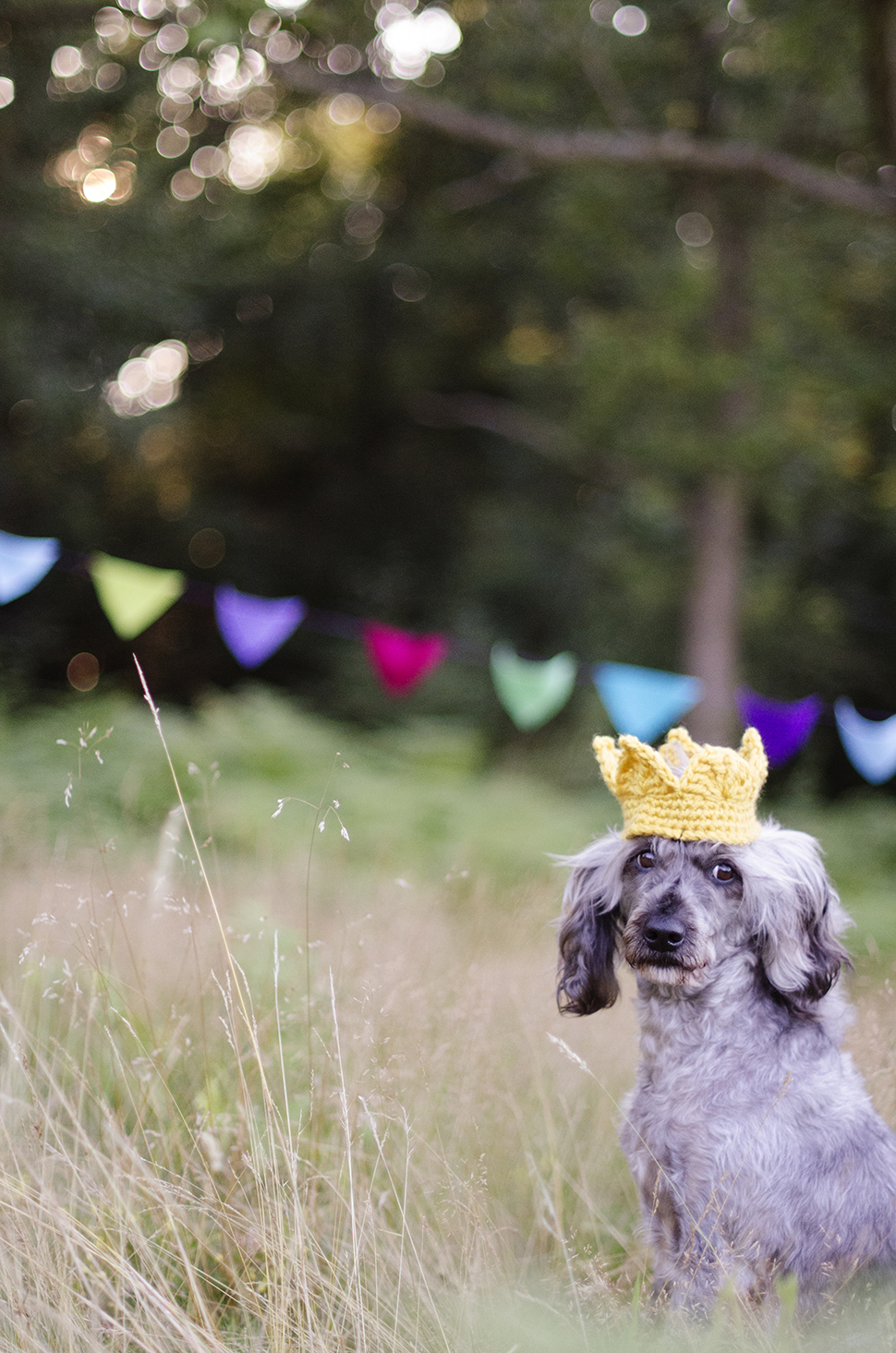 We made time for a family picture or two…hundred.  What you can’t tell is that we were being eaten alive by mosquitos – both humans now look as though we are suffering from a particularly virulent strain of chicken pox. 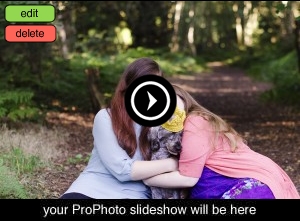 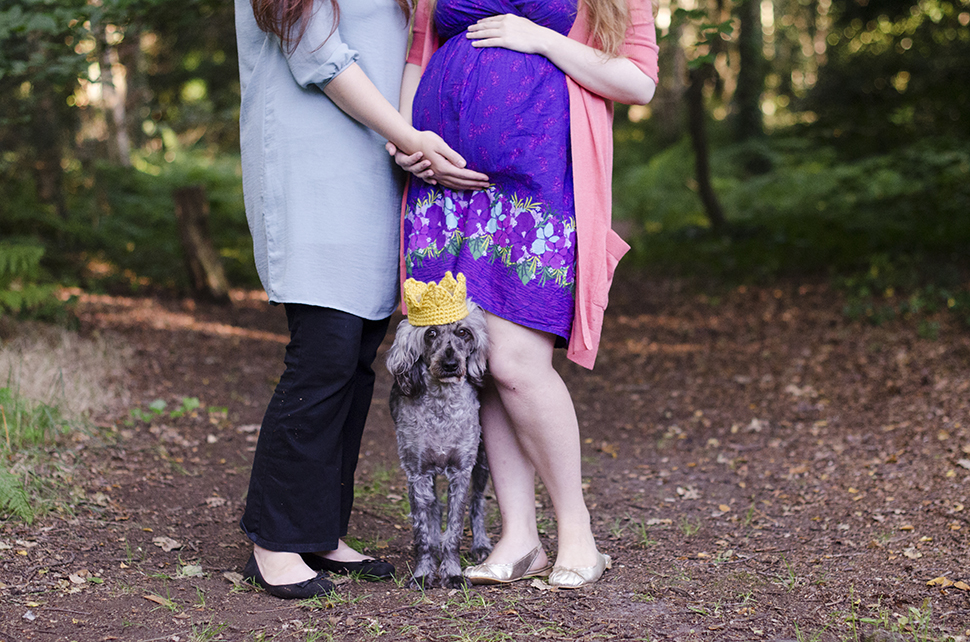 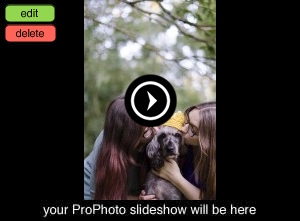 And after copious amounts of snuggling and a wander through the woods, we finished the evening with cake. 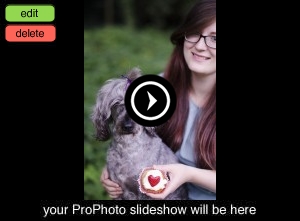 These are sugarless sponge cakes with a cream cheese frosting and strawberry hearts, which I whipped up on a whim about an hour before we headed out of the door.  They went down a treat – we don’t tend to feed the little dog such naughty tidbits as cake and she couldn’t believe her luck when we offered her a whole one of her own. 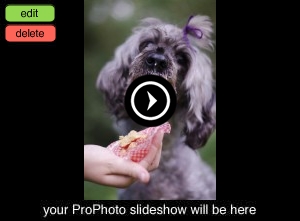 The faces she pulled were hilarious. 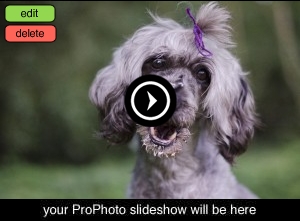 On the whole, we declare National Posy Day to be a roaring success.  At risk of seeming like mad dog people, we’ll probably aim to make it an annual affair – albeit with the boys in tow next time!

27 Weeks (and counting down the days!)

Have just been having another look over your fab blog. So many lovely photos – That tripod was DEFINITELY a good investment! I LOVE that Posy features in so many of your photos. Very much doubting that she will be at all sidelined – best case scenario, she loves the babies as just much as you two and your boys end up with three doting parents : )

Oh Chloe, thank you! I am SO in love with the tripod. Honestly, I cannot believe the difference it’s made to my photographic motivation now that we have a lovely lightweight, easy-to-use tripod rather than the £15 clunker that we were trying to lug around before! Best upgrade ever – well, that and the 50mm f1.4 from the f1.8.

I do hope that babykins adores the boys – and vice versa, of course! I always wanted a dog growing up, I’m glad that they will be forced to be ‘animal people’ just by virtue of most of their family having additional legs and tails. 😉