Home Twins The First Trimester of a Twin Pregnancy
Twins

The First Trimester of a Twin Pregnancy

I’m only one person but I wanted to share my story of a twin pregnancy and perhaps somebody will find it helpful.  At any rate, it might be interesting if you enjoy pregnancy stories.

The twins were conceived on our first round of IVF at a London clinic, using imported European donor sperm.  On day three of our embryos growing in a their little test tubes we were informed that we had two excellent candidates and after discussing the matter with each other, decided that we wanted to give both of them a chance of developing into tiny humans. 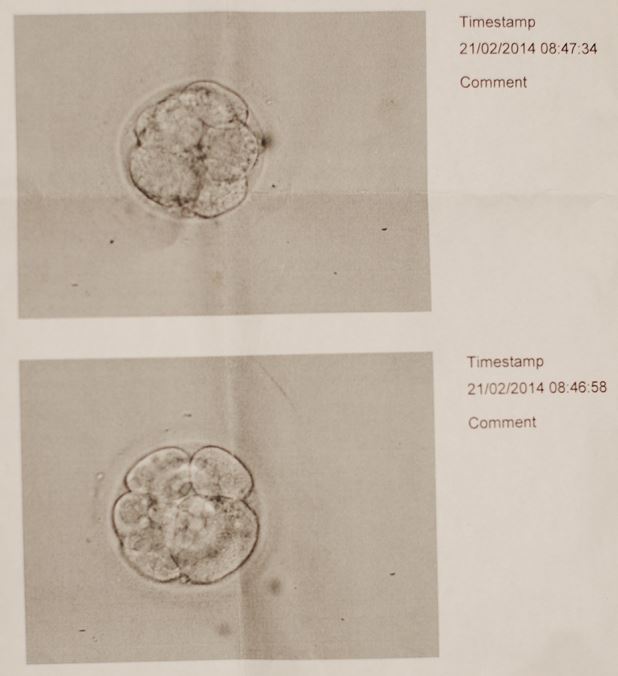 We informed the clinic of this decision and had several discussions about the possibility of both embryos taking and our  ending up with twins – or more alarmingly, both embryos taking but then dividing, in which case we could have ended up with quadruplets.  Nonetheless, we decided that we wanted to take the risk and so they had us sign a disclaimer that stated that we had been informed of this possibility and, basically, wouldn’t sue them.

I laughed.  “IVF never works on the first try,” I said to Kirsty that night, our two embryos nestled in my womb.  “Much less twice over.  We should consider this our ‘practice round’.”

Kirsty looked at me sceptically but said nothing.  She has wanted twins since childhood and was always sure that we would get them.

We were warned not to take a pregnancy test for fourteen days, and on the fourteenth day to present back at the clinic for a blood test to determine whether pregnancy hormones were present.

On the ninth day I felt a bit – funny.  It was the beginning of March and Kirsty was wearing her winter coat whereas I had on a t-shirt to walk the dog.  Also, I had developed insomnia.  These were all symptoms that I had experienced with the IVF medication but they were getting stronger.  I had been adamantly opposed to testing early but that night, as I tossed and turned for two hours wondering why my brain refused to switch off, I decided that I would take a test in the morning.

In the bathroom that morning I peed on the little stick and then brushed my teeth.  I kept glancing down at the test with its little hourglass symbol and waiting to see some result.  It took so long that I had convinced myself that I probably wasn’t pregnant but it might just be too soon to tell, and then I went to pick up the stick and threw it away and realised that it said ‘Pregnant’.  I ambushed Kirsty in the kitchen and waved the test at her speechlessly.  She laughed and we hugged and then I had to run to the train station because I was late for work.  That morning I sat in on a meeting and couldn’t stop yawning.  I wondered whether there was really a baby growing in me and whether I looked somehow magically different for it.

I telephoned the clinic to inform them of my test result and they invited me to come in for a blood test the next day, even though it was a few days sooner than I was supposed to come in.  I did, and received a call later that day from the head nurse, who informed me that I was indeed definitely pregnant and my hCGG (the pregnancy hormone) was very high: 320.2 at the equivalent of 14 days past ovulation, where the average is 75.  I asked the nurse whether that could be indicative of multiples.  “It would really not surprise me,” she replied, a little darkly.  For the next few weeks I made a lot of anxious blog posts on parenting forums about hCG levels and the possibility of ending up with triplets!

That said, by the time that my seven-week scan rolled around I had convinced myself that the embryos hadn’t stuck, that I had experienced a silent miscarriage and that there would be no heartbeat.  When the two blurry white shapes came up on the screen with their flickering heartbeats, I was gobsmacked.

I had wondered whether people could tell that I was pregnant and most couldn’t, but one of my colleagues did realise when I was five weeks along and I had to confess and swear her to secrecy.  Apparently the ginormous boobs gave it away, although I’m sure that my having given up coffee didn’t help!  It was lovely to have a friend to talk babies with, and she was the first person I told when it was confirmed that we were having twins. 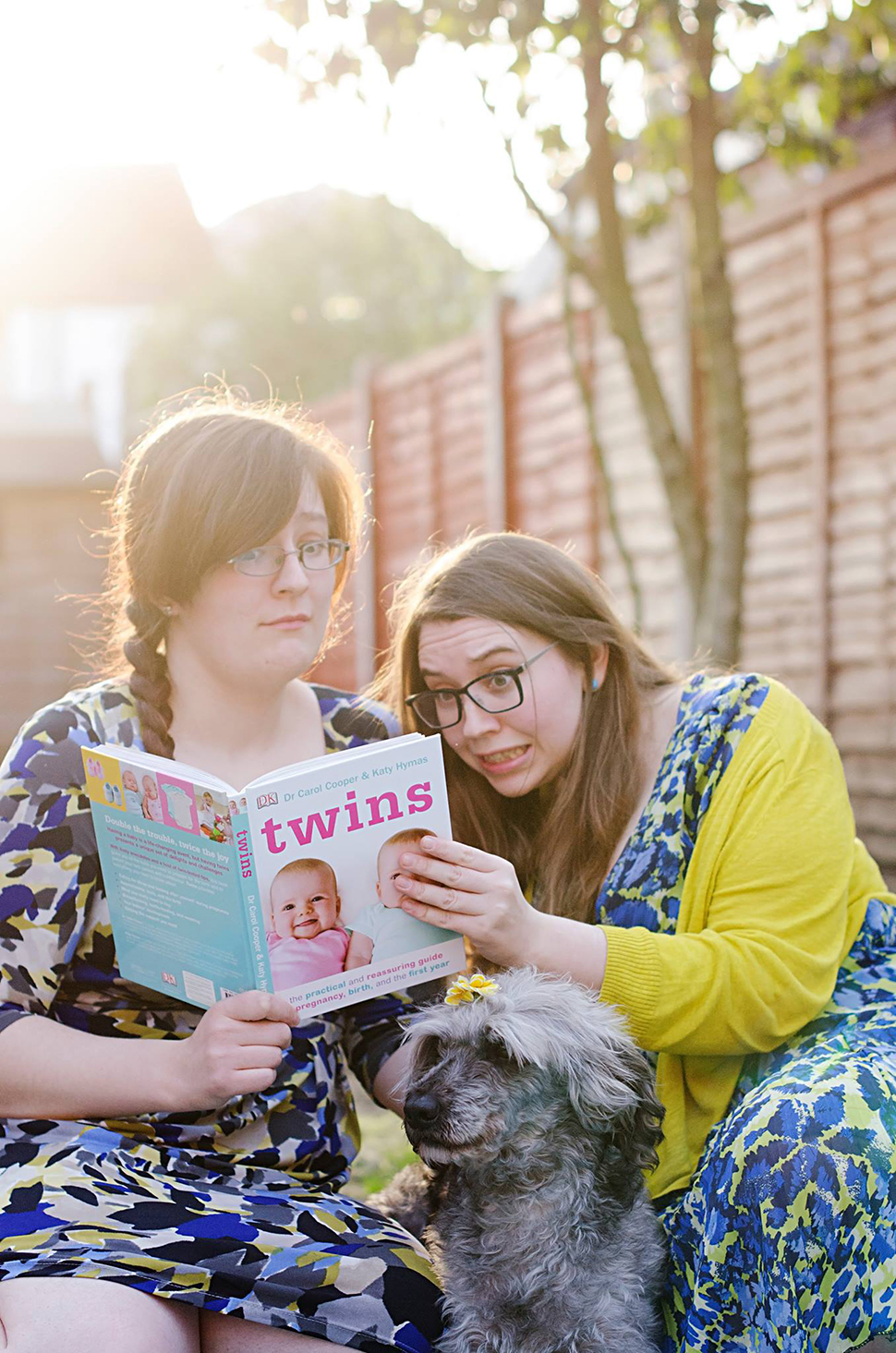 I thought that I would be super secret squirrel about my pregnancy but it transpires that I’m a blabbermouth.  I announced my pregnancy on April Fools’ Day when I was eight weeks along by posting this rather fabulous picture on facebook.   The responses were incredible.  The twins were the first great grandchildren on both sides of my family and Kirsty’s family, so there were a lot of excited reactions.

In terms of symptoms, I was rather fortunate.  Incidents of hyperemesis gravidarum (extreme sickness) are higher in the multiples community, perhaps because of the doubled hormones, but I did not experience this.  ‘Morning sickness’ was a bit of a misnomer for me however – what I experienced lasted all day and was not so much nausea as that my brain had decided, for whatever reason, that food was No Longer Food.  I could just as soon choke down a plate full of plasticine as my former favourites.  I did notice that if I had enjoyed that particular food as an eight year old, I could usually just about manage it.  I lost a lot of weight in the first trimester.

Other symptoms were mostly a combination of insomnia and exhaustion, which was delightful, and needing to visit the bathroom every ten minutes for a wee.  My boobs grew almost instantly and I had Nipple Pain of Doom whenever I stepped into a colder temperature, which made leaving the house great fun that Spring. 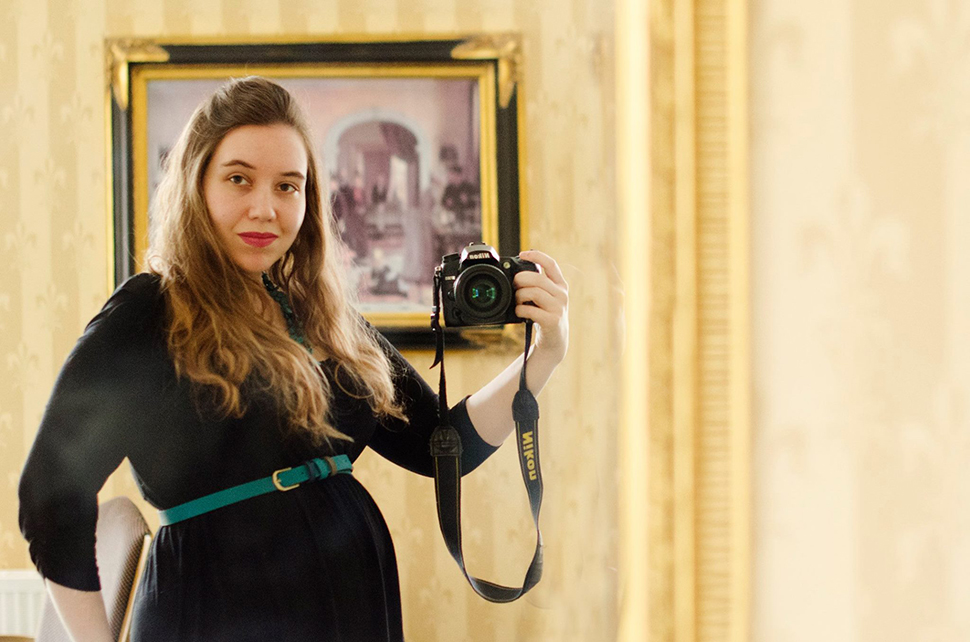 Was that a tiny hint of a twin bump at 11 weeks pregnant?  I thought so.

It was a comparatively easy first trimester compared to friends who were at the same gestational point with their twins.  I felt very lucky.  The twelve week scan seemed to take forever to come by but before we knew it, we were watching two very human-like little people wriggling and kicking on the ultrasound and just like that, we were into the second trimester.  I’ll share more about that in a few days.

The Second Trimester of a Twin Pregnancy