Home Twins A Look At How Breastfeeding Is Going
Twins

A Look At How Breastfeeding Is Going 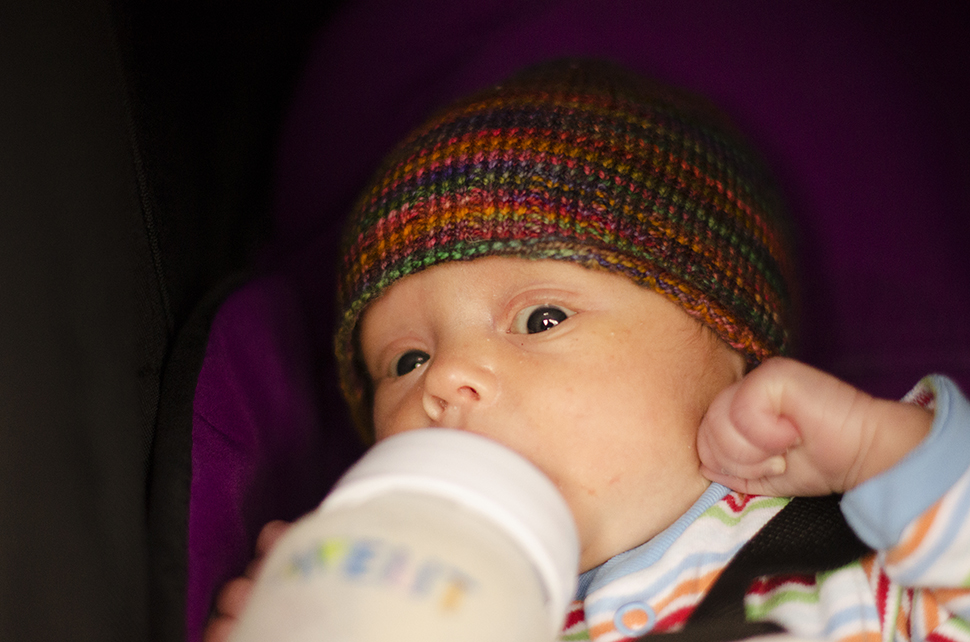 We didn’t have a great start.  Balthazar lost 11% of his bodyweight initially and we were readmitted to hospital, where both boys were diagnosed with posterior tongue ties.  We started expressing there using a Medela Symphony with only one suction cup, which meant barely any sleep for days.

Things started to look up when we came home, rented our own Symphony and wrangled a two-week prescription of domperidone.  But then the Symphony broke – although Medela kindly sent us a new one as soon as the weekend was over – and now my supply of domperidone has run out.  We’ve always supplemented just a little with SMA Comfort formula, which is vegetarian friendly, but I’m anxious that without the domperidone to boost my supply, it’s going to plummet further.

I’m told that babies are more effective than even a hospital-grade pump at extracting milk from the breast.  The sensible thing to do would be to put them to the breast and feed directly, rather than expressing every feed.

But I’m conflicted.  I think that I would love breastfeeding a lot more if it were just one baby rather than two.  I’m keen for them to drink breastmilk rather than formula, but I don’t necessarily want to be permanently attached to two children – and given that I’m going back to work in about two months, I’m going to need to continue pumping to some extent, anyway.  They do latch on and seem happy to snack from my breast between meals but when they’re actually hungry, they definitely favour the easier nipple on the bottle.

Expressing their meals seems like a happy middle ground to me.  We don’t let other people give them bottles but I do like that my partner can share the drudgery of keeping two tiny tyrants constantly fed.  And my inner control freak certainly appreciates being able to measure and monitor how much milk they are imbibing.  Lysander is a little butterball anyway and Balthazar’s second chin is cultivating itself nicely, but it’s still reassuring to watch the quantity of milk go down.

There are downsides to expressing, of course.  My nipples are currently purple with bruises, and yesterday I managed to drop a whole pot of expressed breastmilk (at which point, I went to bed and sobbed).  But mostly, the downsides are worth the trade-off for the aforementioned benefits.

If I can just boost my supply to the point where they are exclusively drinking my milk, I’ll be happy.  Can I do that?  At the moment, I’m not sure.  I don’t think that anything is going to boost my supply in the same way as the domperidone did.  I’ve been drinking a lot of oatmilk and yesterday morning I made oatmeal cookies, as oats have been linked with an increase in supply.  I’m not sure whether it’s had an effect yet… I guess I’ll know if my supply diminishes now that we’ve finished the cookies!

They are wonderful children and on the whole, I’m finding motherhood to be easier than I had anticipated – being one of two mothers probably helps with that – but I have found the breastfeeding – or not – experience to be more than a little disappointing.  I started leaking milk at about eighteen weeks in to my pregnancy, and took it for granted that by the time that the twins were born, my breasts would be the milky equivalent of Niagra Falls.  But then, I suppose that if I had just had the one baby, I’d be complaining of oversupply issues right now and not having enough freezer space for the excess.

I’ll persevere with my breastpump for now, and hope that my breasts get the memo and production starts to increase.  This won’t be the last that you hear from me on this topic.

Amber and the Twins