We registered the boys’ births today.  They are officially Balthazar and Lysander.  And as they’re three weeks and one day old today already, I thought that I would check in with a couple of photographs and an update. 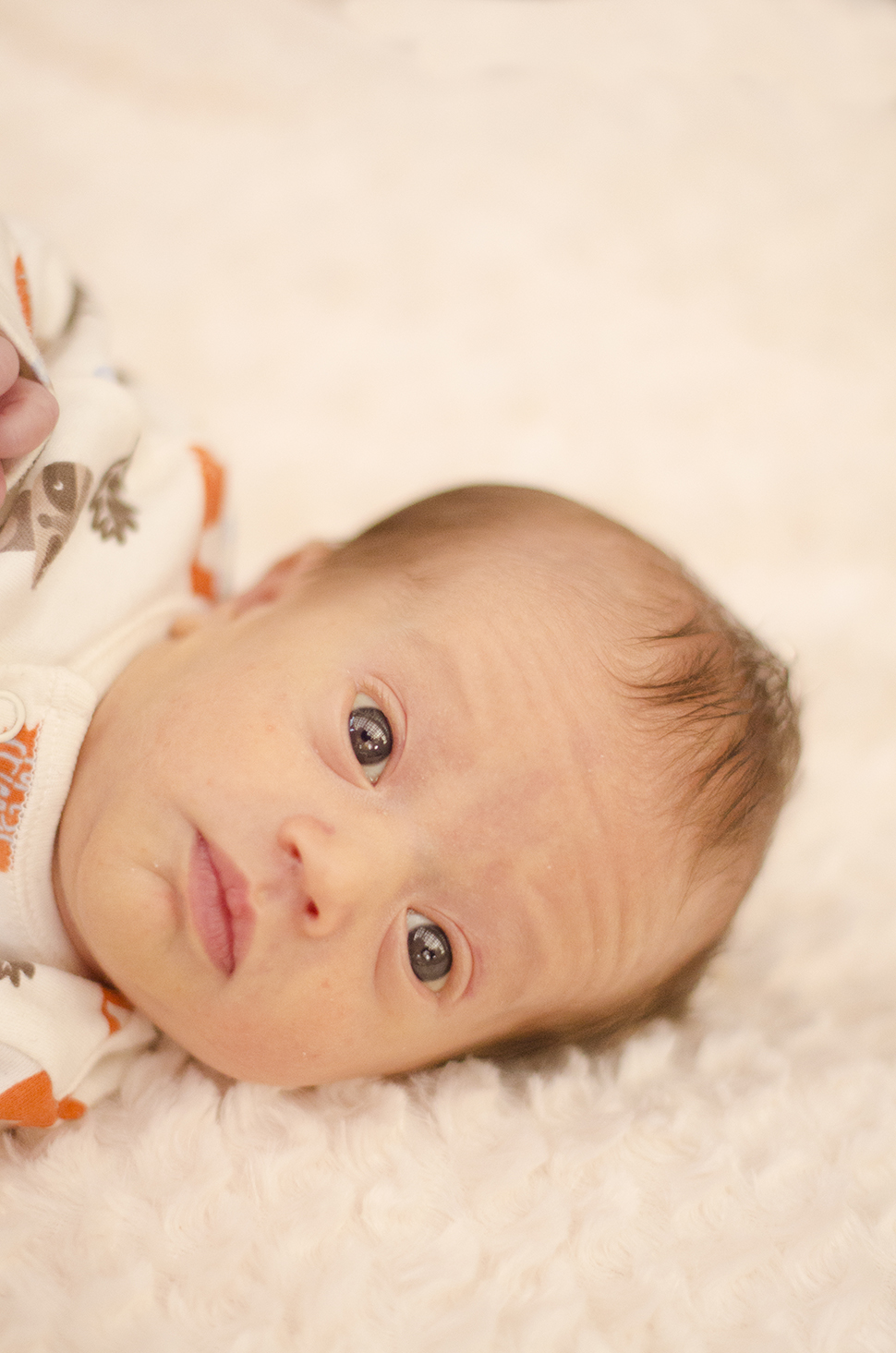 Our little Balthazar is finally growing!  On Tuesday he weighed in at 6lbs 11oz, a full 10oz more than his birth weight.  He doesn’t curl up inside his clothes quite so desperately these days and seems to be more comfortable in his own skin, but we still frequently find him all tucked up in his babygros and the trouser legs minus both limbs.

We call him the small angry one or the tiny tyrant because he’s somewhat more demanding than his brother, but in truth he’s a delightful baby.  His mannerisms are still very ‘newborn’, which is to be expected as if he were still gestating in me we’d only be at 41+3 right now, and it makes him wonderfully sleepy and snuggly when he’s not shouting at us!  He’s extremely ticklish, pulls the most expressive grumpy faces and has mad professor hair after his baths (which he hates). 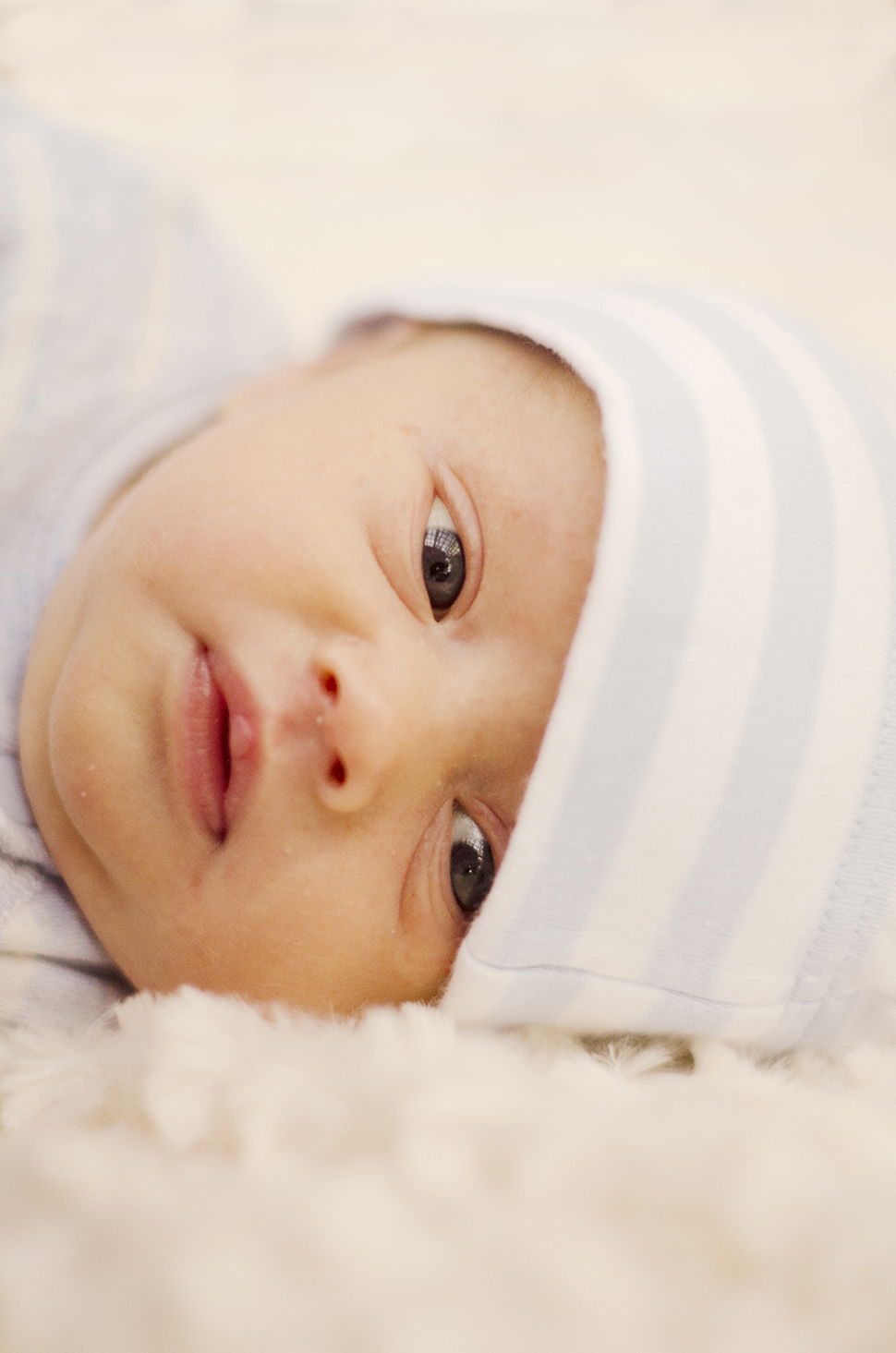 Lysander, or the fat one as we’ve rather unfairly taken to calling him, currently weighs an impressively chubby 7lbs 5oz and no longer fits in ‘tiny baby’-sized clothes.  As you can see, he has developed quite the double chin!  He is the sweetest baby and seems to be smiling at us already.  He’s much more interactive than his brother and enjoys being read to and staring at his own face in the toy mirror, being cuddled upright and listening to music.  He loathes the pram.

They’re wearing the F&F Raccoon Sleepsuits in these pictures.  We found them at Tesco when I was expecting them and fell in love with the soft pastel colours and the woodland theme.  We’re not fond of cars, trains and sports, all of which tend to be prevalent in little boy clothing ranges, and prefer to dress the boys in clothing that is less aggressively ‘male’.  They wear a lot of animal-themed prints and are building an impressive collection of robot pyjamas.

I’m not sure which I prefer – the white babygro that is patterned with moose, foxes and raccoons, or this cornflower blue babygro with the friendly raccoon.  What I do know is that I’m not ready to say goodbye to this outfit yet, and will probably buy it in a bigger size.  Seriously – how cute?! 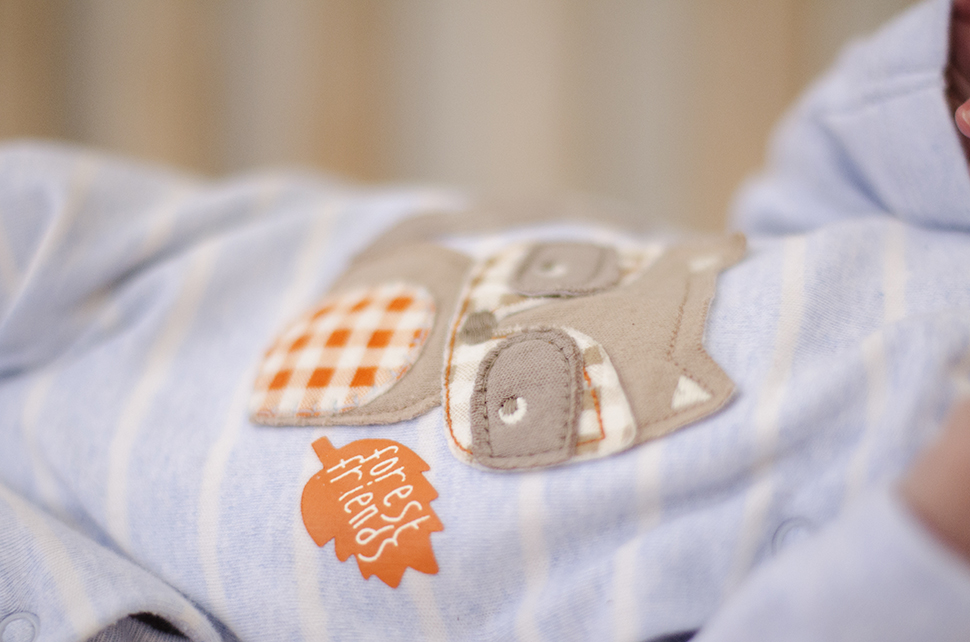 We are so enjoying parenthood – some of us more than others (ahem) – and in particular, being parents to these particular children. It is so much fun to get to know these little people, and to slowly (in my case) fall in love.

An Open Letter to My Partner

A Look At How Breastfeeding Is Going

I love that they already have such distinct personalities already. I always worried that were we to have twins I wouldn’t be able to tell them apart but your little guys seem so individual already. ( Is it bad that I want to call them Bop and Leo? )

I love animal prints on clothing, although after two boys, I am avoiding baby blue this time as I feel we have done it to death. There is something so sweet and newborn about it though. Robots are definitely great on clothes too.

Haha – my colleagues refer to them as Bop and Leo, as well! I love how many nicknames they’re accumulating already.

Baby blue feels very generic, doesn’t it? And there are so many fabulous clothing options out there for little boys these days. How is your pregnancy going? Can’t be terribly long for you now!