I have mixed feelings about this. On the one hand I am so, so excited to meet these little girls, to introduce them to Balthazar and Lysander, to snuggle tiny armfuls of baby and kiss their pink, creased little feet. But on the other hand, I love pregnancy. I’m not sure that I’m ready for this one to fly, particularly given that even if it’s not our last pregnancy ever, it might well be our last twin pregnancy.

I remember that when my first set of twins were born I felt a huge sense of loss for the pregnancy. I think it was mostly because the birth was so traumatic in one sense and yet such a non-event in others; one day I was happily pregnant and the next, I had been handed (eventually) these two squalling babies and I wasn’t pregnant any more. It felt like there was no transition between the two and that the babies weren’t mine, the pregnancy was just gone. With luck, this time will be different but I still feel motivated to make the most of this pregnancy before it is over – after all, you can’t get it back!

It’s been seven weeks since I wrote my summary of the first trimester. Since that post was written, we learned and shared in our gender reveal video that the little girls are, on fact, little girls. They have proven to be super active little girls who bounce and wriggle and kick often, far more frequently than their big brothers did. I find that I’m almost constantly aware of them and they make me smile during the day with their antics. Kirsty felt her first kick a few weeks ago, at eighteen weeks, a full month before she felt the boys kick! I think that for partners until that point pregnancy is a bit of a non-event, or at least not a particularly exciting one, so I was so happy to be able to share them with her. 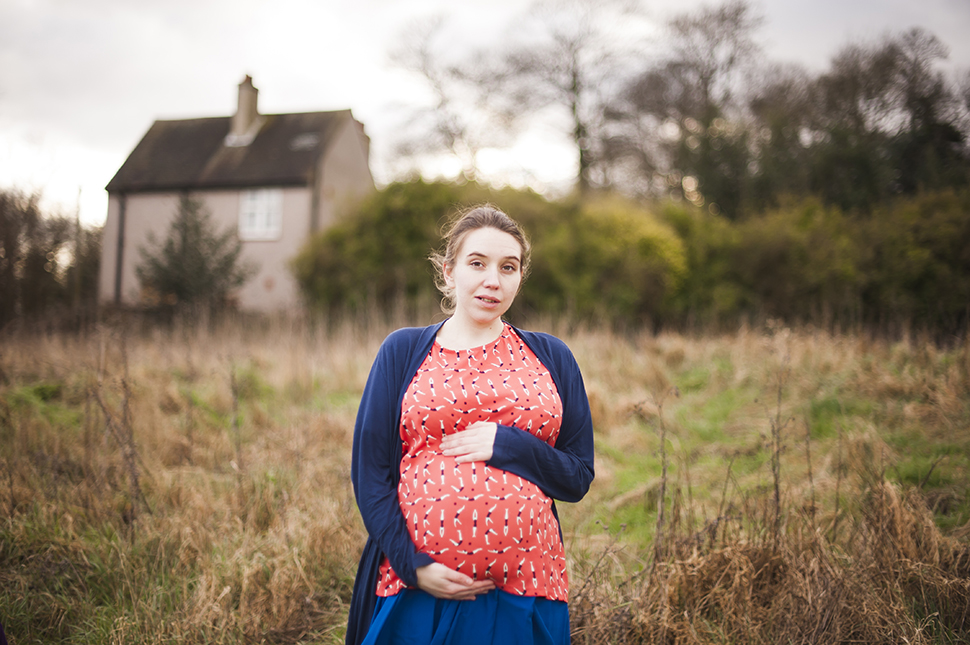 Health-wise, I’m doing ok. I’m still very fainty, to the point where I’m no longer allowed to be the last person in the office at night. Mornings seem to be my worst time for keeling over and I’ve blacked out more times than I can count during my morning commute, including – embarrassingly – one morning where I didn’t even make it on to the tube at all, just passed out standing in the crowd at London Bridge station. That made for a somewhat concussed day in the office – those floors aren’t soft! Between the fainting and my general level of exhaustion I’m beginning to suspect that I’m probably on the way to becoming anaemic, so I’m looking forward to having bloods taken at my obstetric review on the 10th March before going on to supplemental iron.

My food aversions have almost cleared up completely – in fact, my biggest concern at this point is that I might end up eating a colleague! The gap between breakfast and lunch is dismayingly large. I seem to want to eat an enormous lunch and then to skip dinner so whilst I feel like I’m stuffing my face in the day, I don’t think that I’m gaining weight – just baby. LOTS of baby. 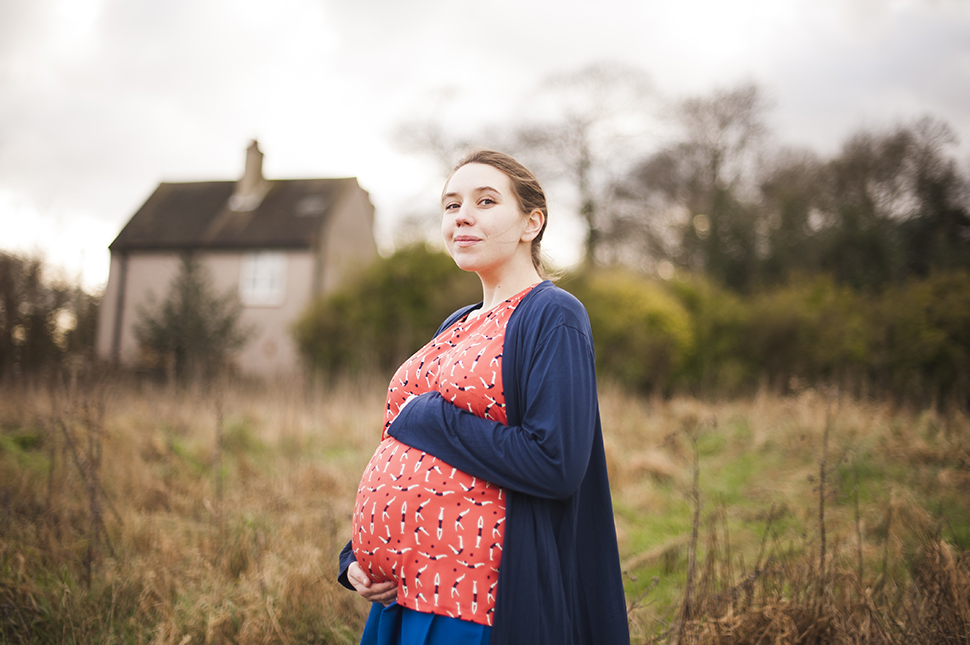 We get to see them again at the twenty-week anomaly ultrasound, which in my case will happen at twenty-one weeks exactly. This set of twins are Dichorionic/Diamniotic twins, meaning that they have two sacs and two placentas – basically, they are the safest sort of twins to be/have. I’ve declined most of the sitting-about-talking appointments this time round in favour of monitoring my own blood pressure, blood sugars and protein output, although I will have a scan at twenty weeks and another at thirty-five weeks in order to assess the twins’ position before the birth. I’m planning a blood test at thirty-five weeks as well just to make sure that I’m not anaemic before the birth. Declining some aspects of traditional medical care feels deeply controversial but I have a fantastic consultant midwife on board who respects my wishes, and a medical team only a drop-in away should I need them.

I can hardly wait to see their little faces on the ultrasound again. Now that we know what they are we have been able to discuss names and we have some definite front-runners, although I’m not sure that we are entirely decided yet (and it would be a bit boring if we were).

Can you believe that we’re halfway through already?  It’s going to be July before we know it! 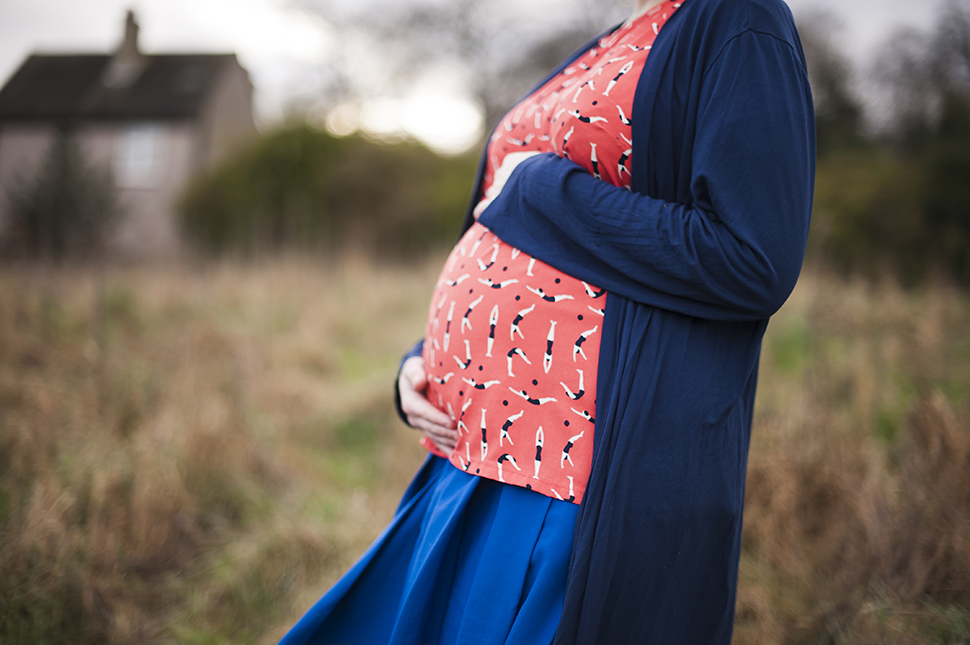 My Non-Negotiables for Happiness

You look blooming and enjoying all of the non-fainty minutes but how are you half way already – it’ll be July before we’ve even blinked at this rate! And I for one can’t wait to hear what wonderful names those little girls get 🙂

Such beautiful photos – will be lovely to look back on once your little girls have arrived. Not too long now! xx

Fainting is not good! It doesn’t sound like your work will voluntarily sign you off sick though! Your bump is looking beautiful and it sounds like you know what you are doing. Enjoy x

Blacking out sounds scary! I hope that passes soon. You look quite big already – your pregnancy is flying by x

You are looking fantastic! The fainting sounds so scary but hopefully iron tablets will help.