An Adventure in Babywearing 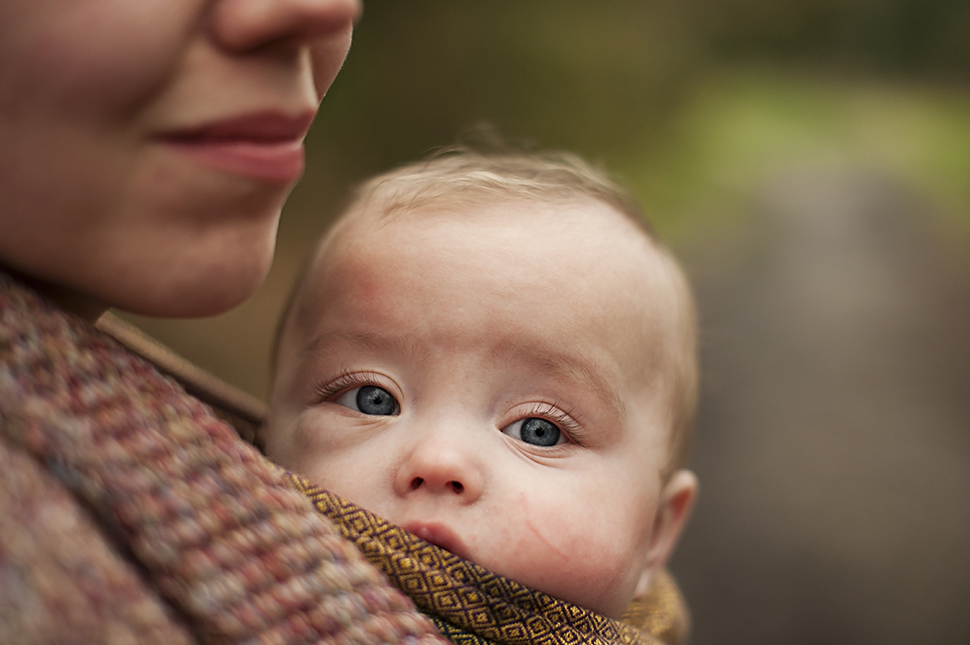 Balthazar and Lysander have been ‘babyworn’ since they came home from the hospital on the bus at less than a day old.  It was an important facet of Kirsty’s initial bonding and until this week, wearing our babies was an activity unique to her.  She had quite a reputation in our little town as the lady who was constantly out and about carrying her baby twins.

Unfortunately whilst she still enjoys tandem carrying them on shorter errands, they’re starting to get a little heavy to be comfortable for the multiple-hour walks that we enjoy.

This week Kirsty asked me if I might like to try carrying one of the babies.  After pulling a face or two – because even though she swears up and down that babywearing doesn’t feel uncomfortable at all, it looks horribly restrictive to this flippantly detachment-parenting mama – I agreed that it would make sense for us to wear one baby each on this occasion.

Much to my surprise, it’s not horribly restrictive.

Dare I say it, it’s even quite comfy.

I think I’m a convert. 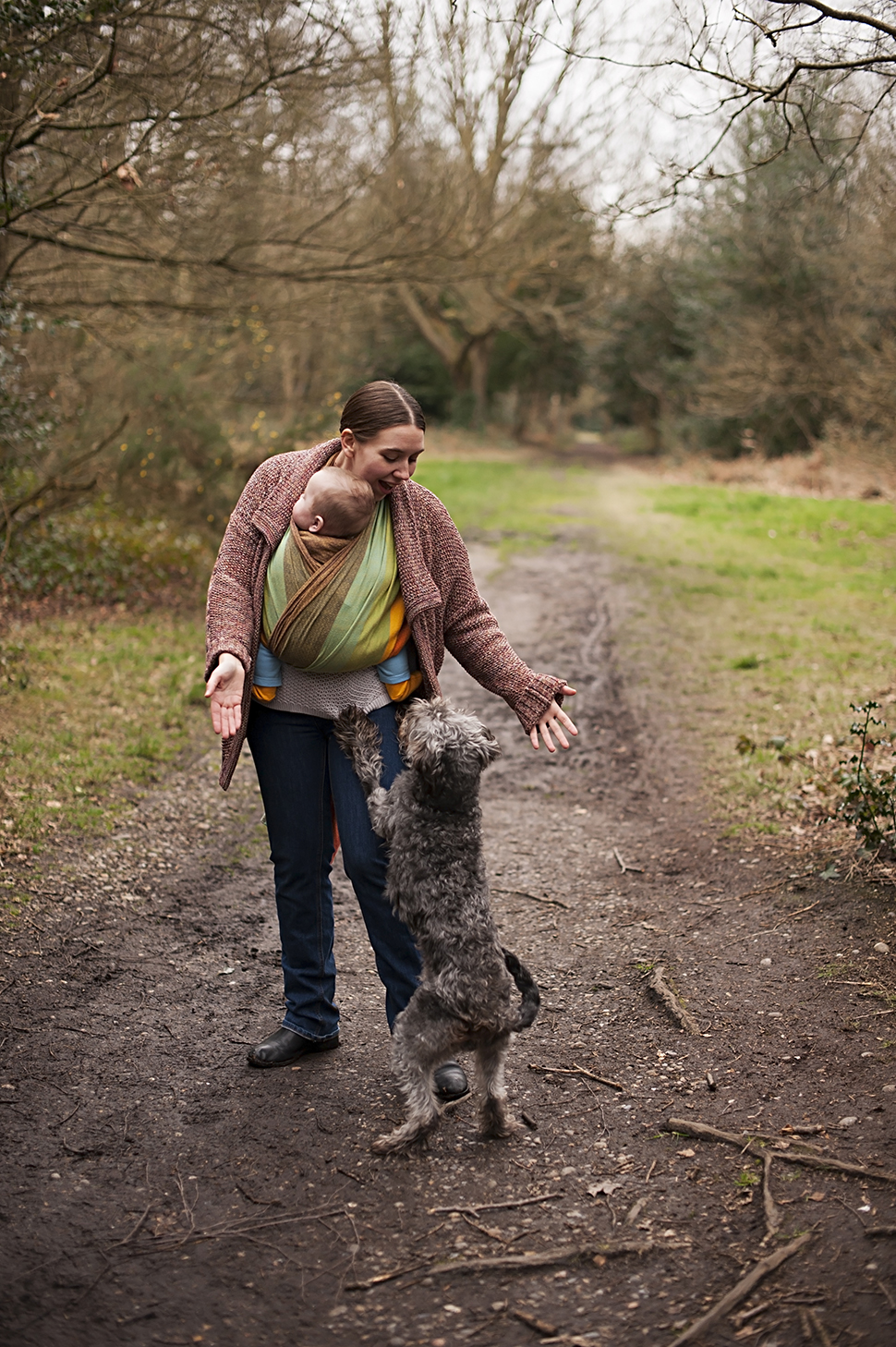 Balthazar and Lysander have their own preferences when it comes to being worn: the latter likes to snuggle up to a chest and the former enjoys riding on the back, drumming his little heels against his mamas sides (can you tell which one I’m pinning my hopes on as a potential future Pony Club star?).  I took Lysander, claiming little point in carrying a baby if you couldn’t even SEE them.

The act of wrapping looks like a horribly complicated affair although Kirsty claims that ‘If you’re dextrous enough to put on a cardigan and button it, you can wrap a baby on your front’.  I wasn’t convinced and anyway, had not the time to learn to wrap for myself and so Kirsty wrapped me.  It lead to a few squeaks and giggles as she yanked the material about my frame, but the wrap itself was terribly comfortable when finally tied.  Lysander cuddled in and was asleep within minutes.  Balthazar elected to remain awake, alternating between gazing imperiously over Kirsty’s shoulder and babbling happily at the passing world. 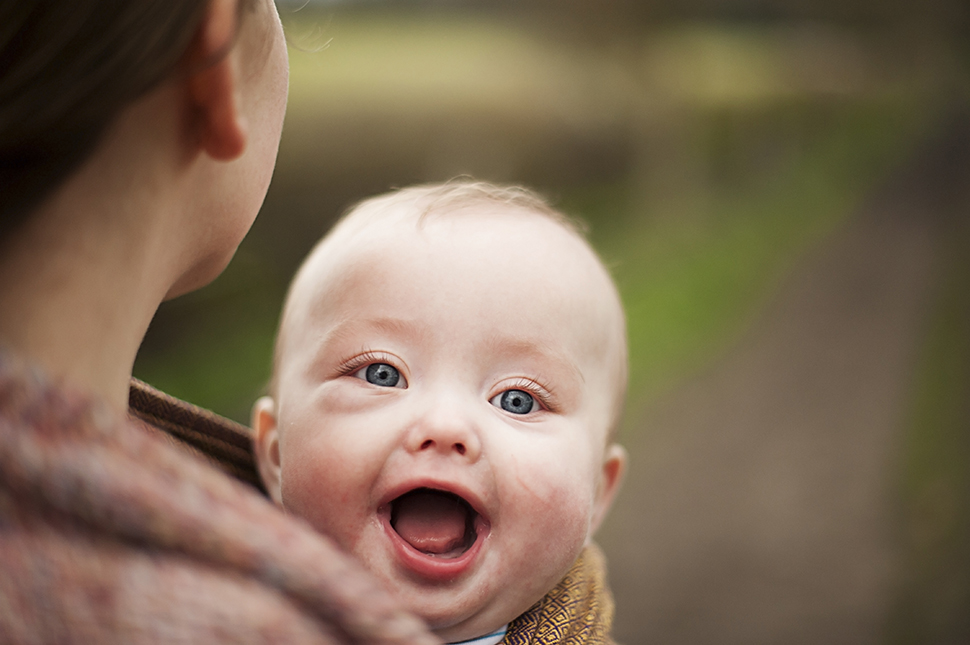 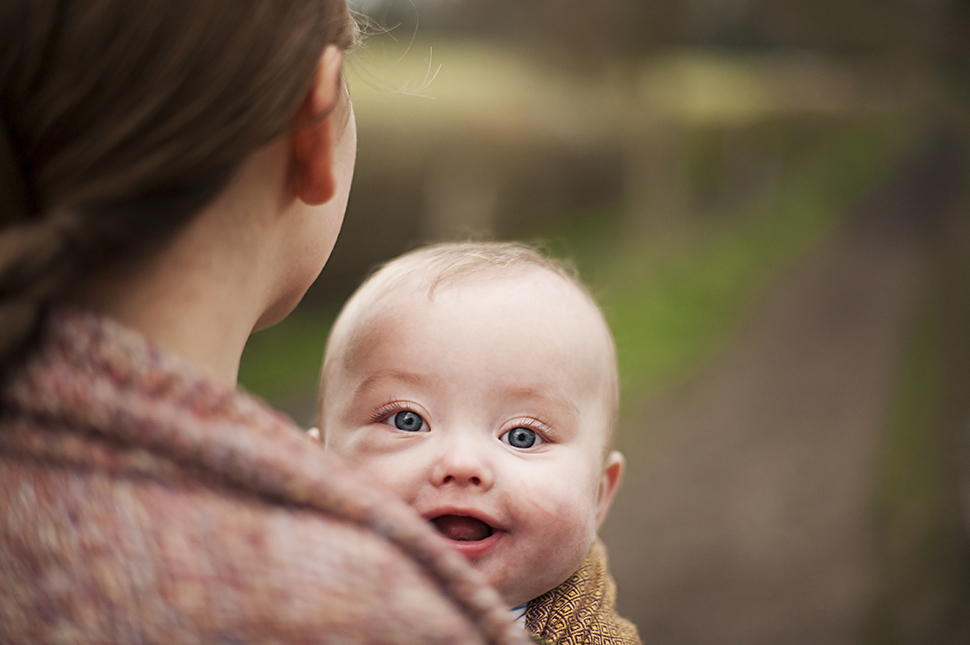 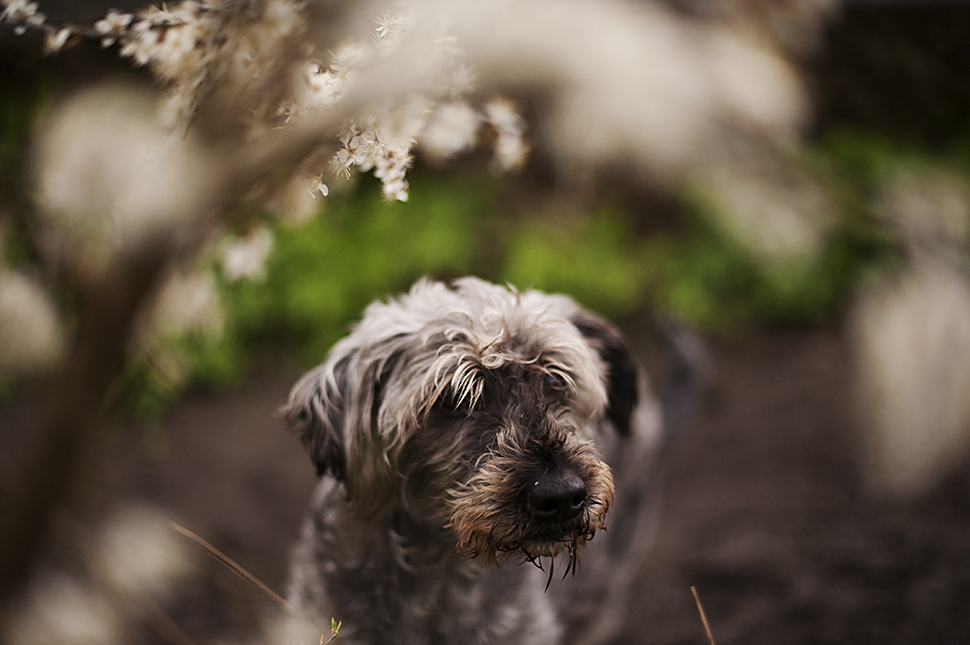 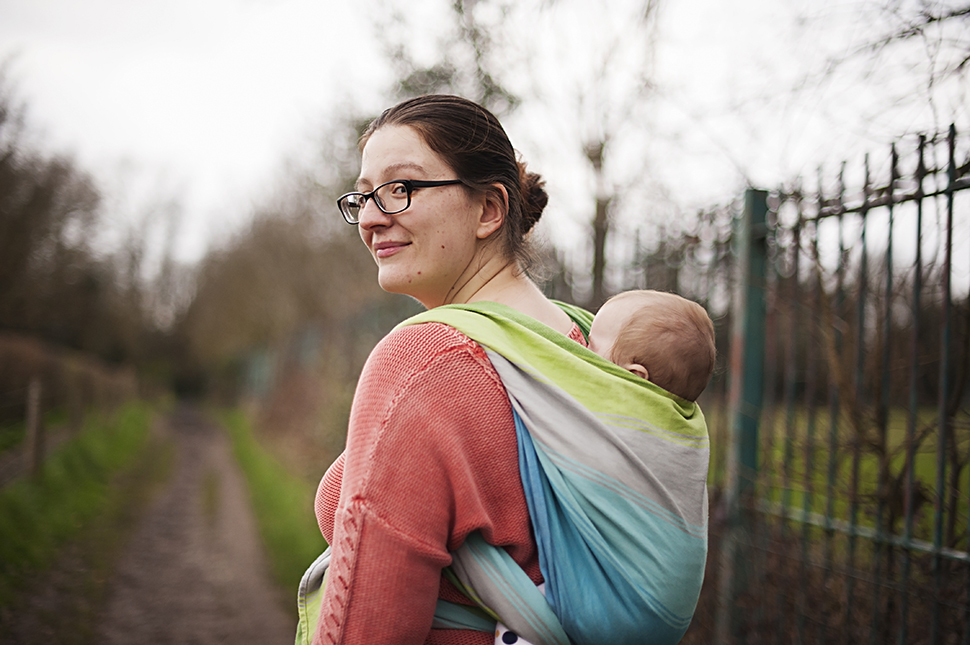 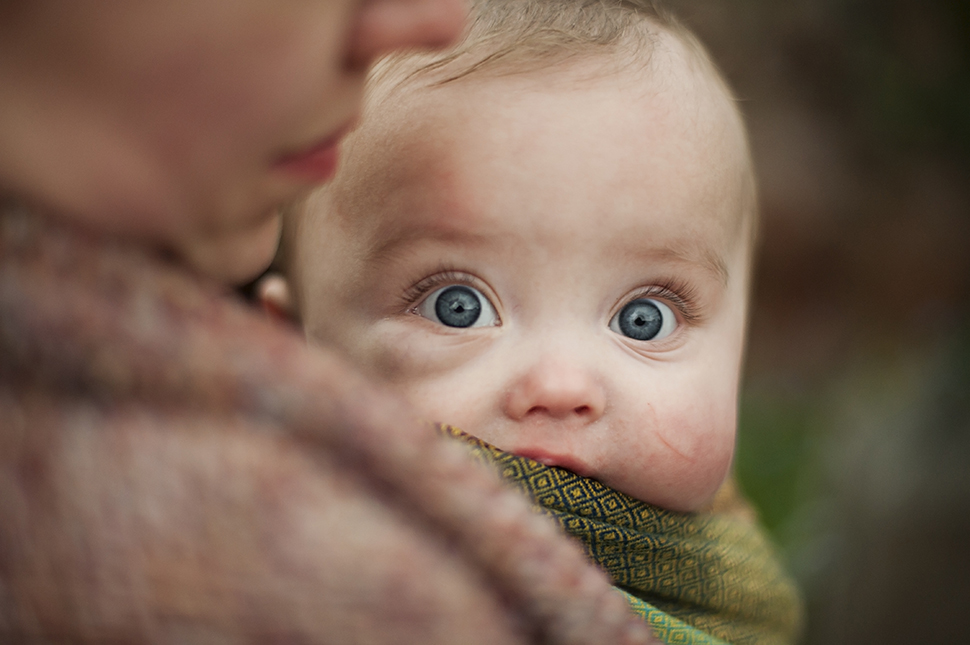 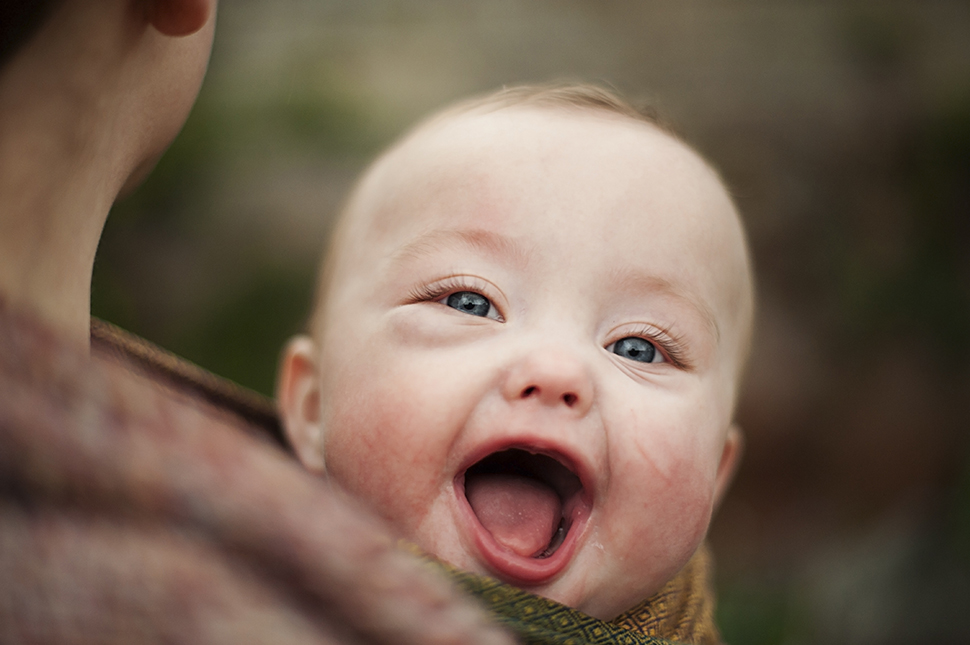 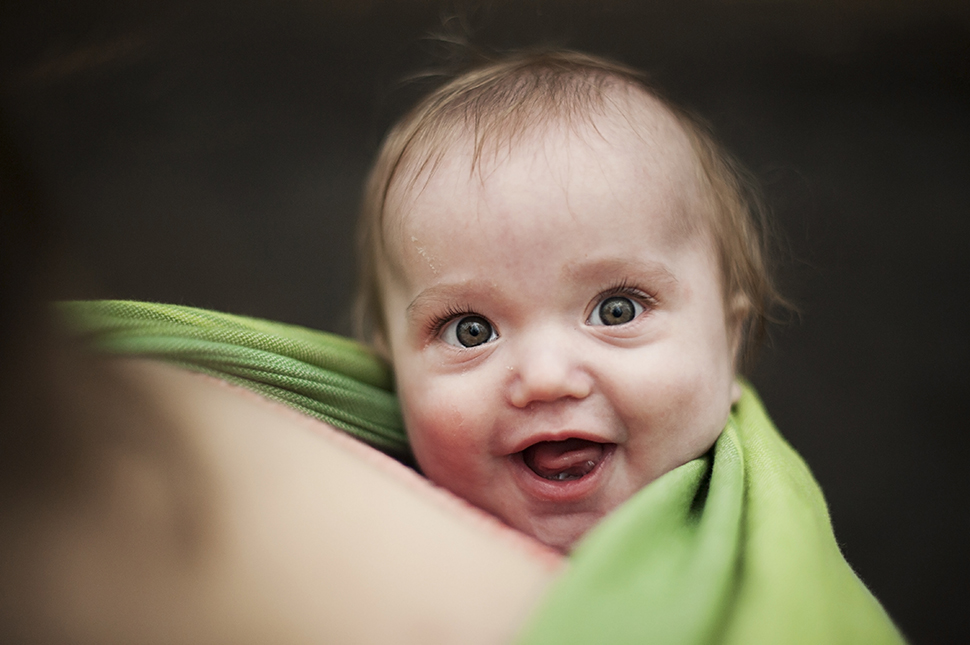 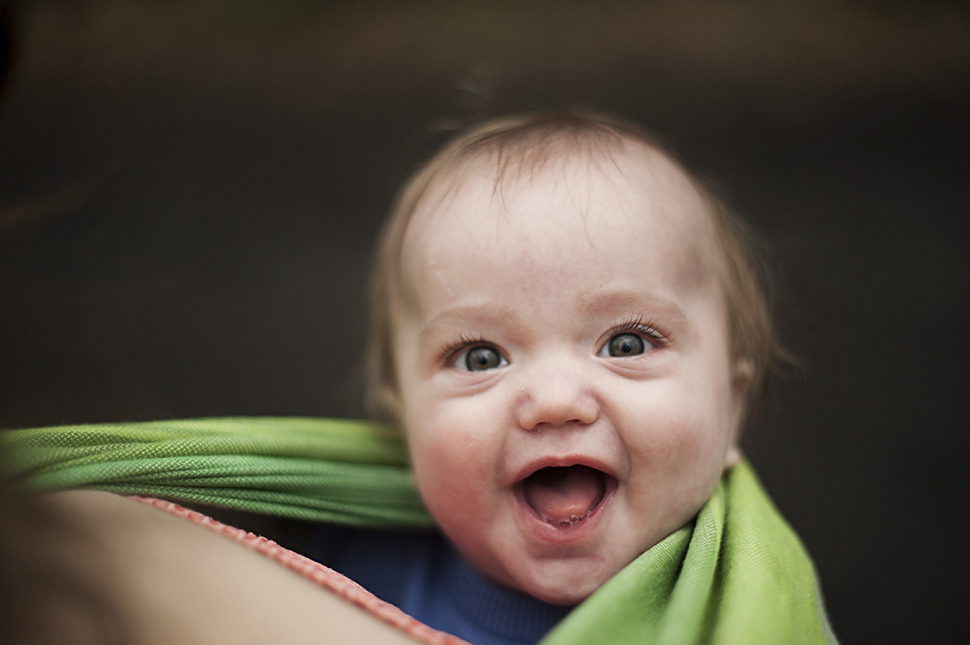 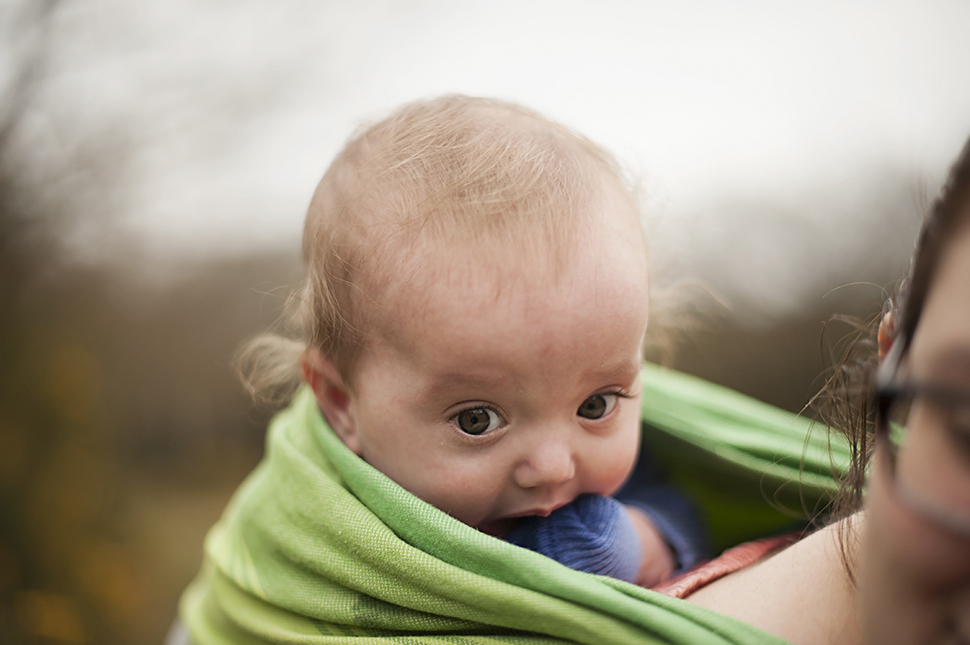 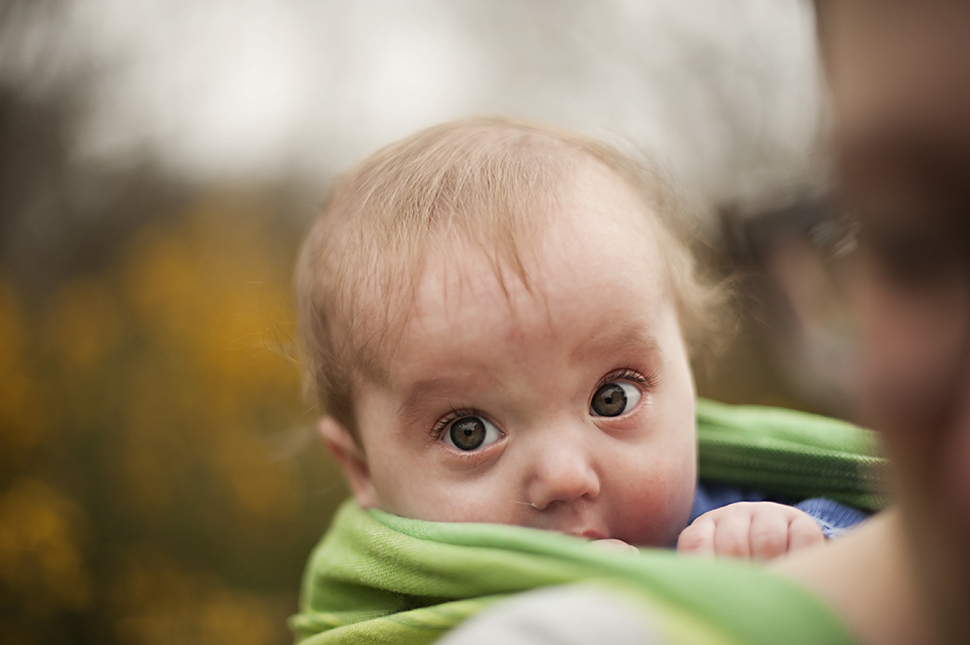 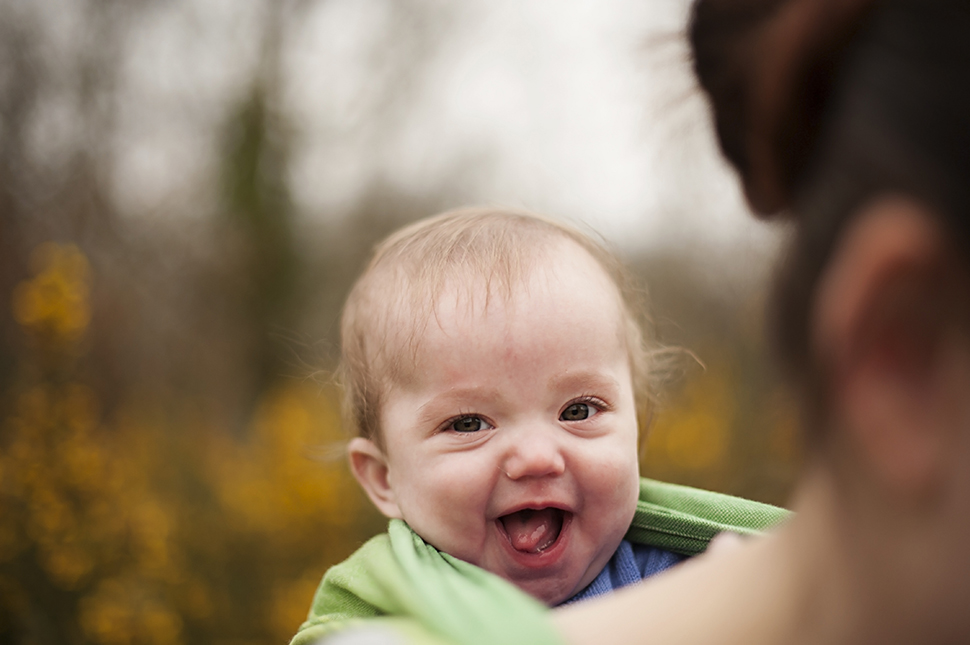 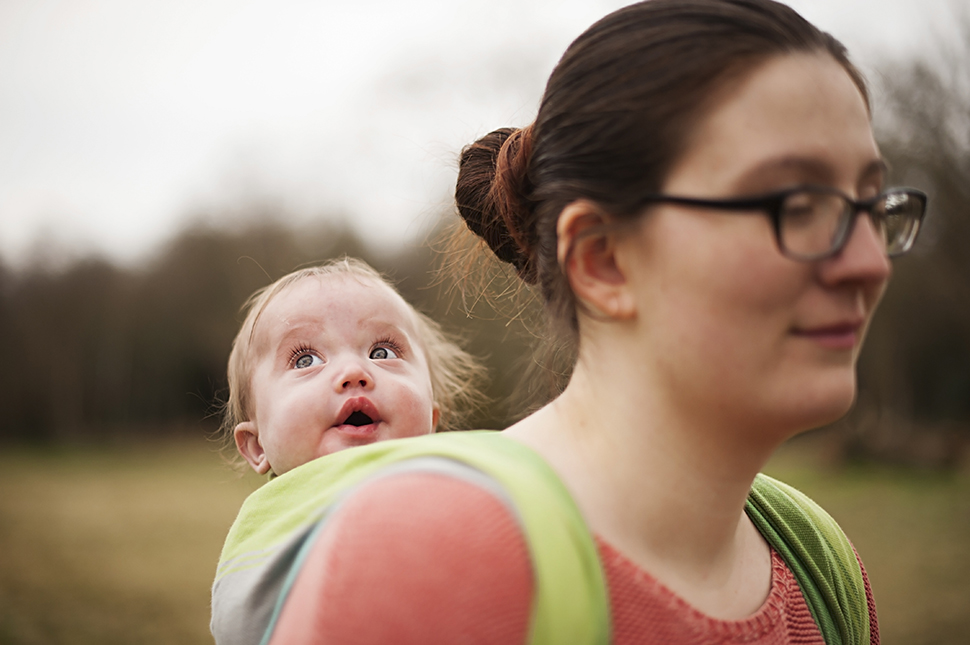 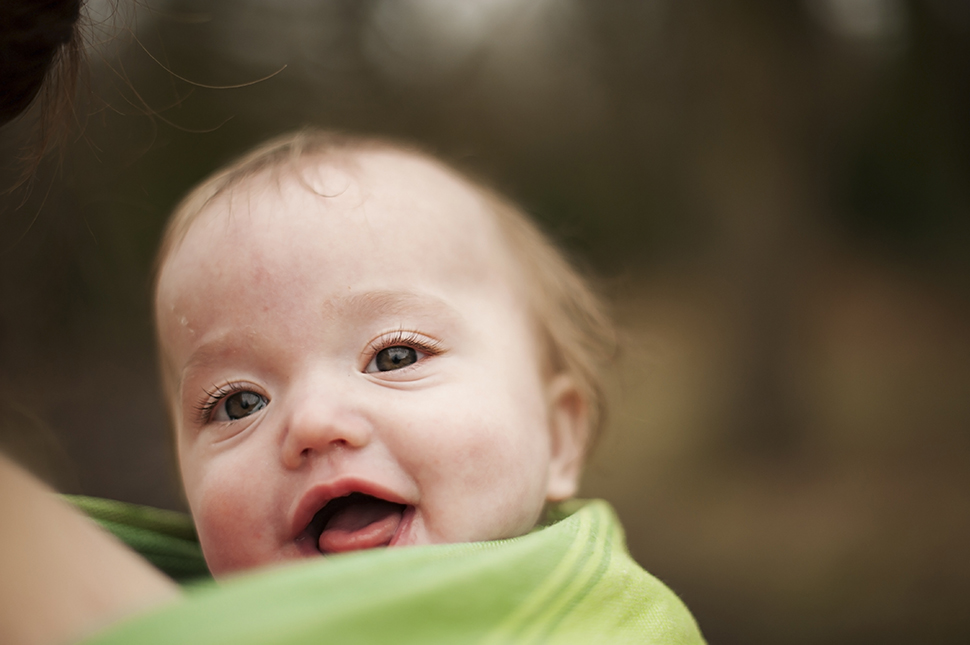 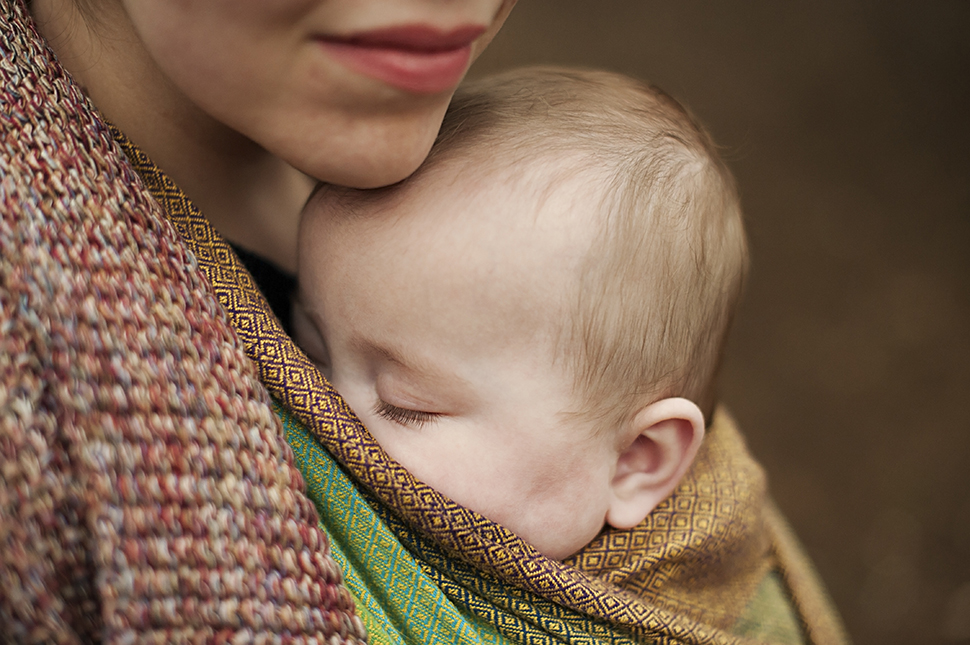 I did find that I had to consciously adjust my centre of gravity and I was definitely more aware of my own feet than when I’m only carrying myself, but I barely felt the weight of Lysander and wasn’t remotely sore the next day.  And dare I say it?  It was enjoyable!

I will wear them again – but definitely only one at a time!

And I might even buy a wrap of my own. 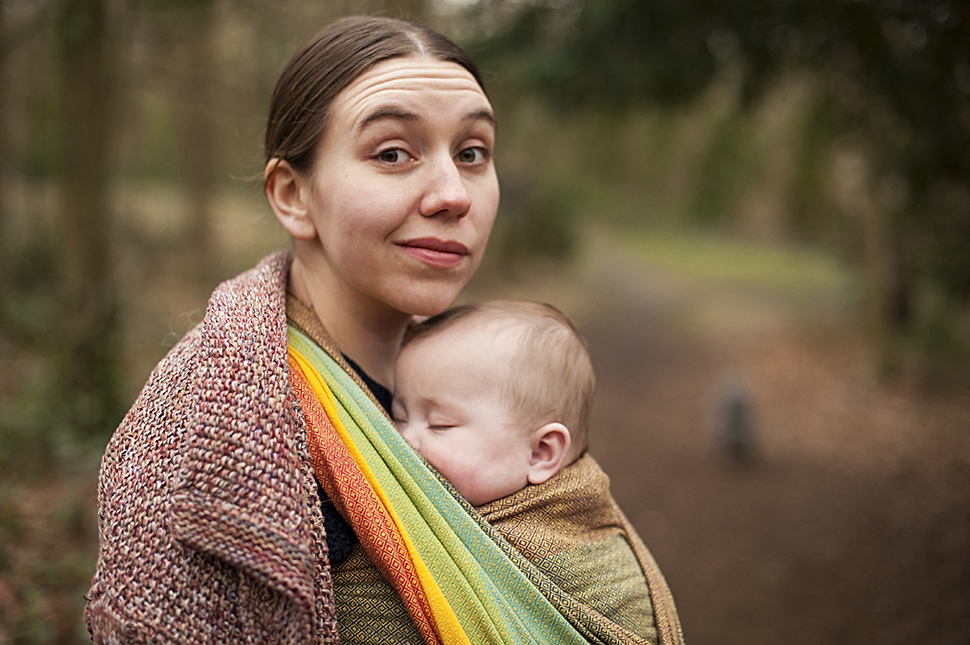 good grief your babies are gorgeous! Baby wearing is fun, glad you are a semi convert!
Can I ask what length your woven is? It’s lovely x

Thanks Lauren! I’m wearing a size seven, I think, and Kirsty’s is a size five. How are you keeping? Arlo is making me awfully broody. x

I loved babywearing with T and your photo with your chin against his head brings it all back. I loved the closeness, the comfort and the ease. Lovely post x

Babywearing is wonderful! I’ve carried each of my three, although it’s Pip who has spent most time in the sling by necessity as much as because it is totally his happy place. If he’s upset he starts to calm down when he sees me putting it on – it’s brilliant. I’m in awe of the tandem carry though – possibly because I make big babies and my 20lb and a bit Pip is starting to get a bit heavy for wearing for long periods of time – it’s time he graduated up to our Ergo which has a bit more padding for me!

Such sweet pictures ladies. It looks like such a lovely time, they’re changing so much. I have to say pictures 4020 & 4006, are the most similar pictures I’ve noticed of your boys, and I think you can see what handsome men they’ll be one day.

I love babywearing and Finn is in a sling for large parts of the day. I rarely tandem carry but then Archie is a beast of a two year old and Finn is such a dinky thing that I feel all unbalanced (plus I have another little hand to hold). These pictures are just perfect and I love their smiley little faces. I love your colourful wraps x

im so glad you got in to babywearing! You’re both such naturals at it.

I’m so glad you enjoyed your first foray into babywearing! I have worn my last 3 children and my only regret is that my twins, who are now 14, never really got the chance.If only I’d had the internet all them years ago! Be warned though, buying wraps, or any carriers, is completely addictive and between you both you may end up with quite a stash! Beautiful photos by the way ;0) x