My previous post about donor sperm, Donor Sperm: The Questions You’ve Always Wanted to Ask, generated quite a lot of interest.  Today I’m posting about the various methods of acquiring said sperm and how we chose to go down the route that we did.

The Human Fertilisation Embryology Authority defines legal parenthood in a same-sex female relationship as the below:

‘The following rules apply only if the woman having treatment:

a) is neither married nor in a civil partnership, or

b) is married or in a civil partnership but her husband/civil partner is not a legal parent because they do not consent to the treatment (see as described above at 6.8 and 6.11).

a) both the woman and her female partner have given a written, signed notice (subject to the exemption for illness, injury or physical disability) to the centre consenting to the female partner being treated as the parent of any resulting child

b) neither consent was withdrawn (or superseded with a subsequent written note) before insemination/transfer, and

c) the patient and female partner are not close relatives (within prohibited degrees of relationship to each other as defined in section 58(2), part 2, HFE Act 2008)’

a) a separation order was in force, or

b) it is shown that the civil partner did not consent to the placing in her of the sperm and eggs, or embryos, or to the insemination.
6.9

a) ascertain whether the civil partner consents to the treatment ‘as a question of fact’ (see box 6G), taking into account the duty of confidentiality to the woman seeking treatment, where applicable, and

Kirsty and I were neither married nor in a civil partnership at the time of the twins’ conception.  We considered various options for creating our family, from the cheapest – find a kindly stranger who was open to helping us to conceive – to the most expensive – IVF through a reputable clinic that would offer us legal protection.

Option One: The Altruistic Stranger

Most people are probably not aware that there are websites out there that aim to match altruistic strangers with families seeking sperm.

Upside: Relatively little cost.  It seems to be expected that the sperm-seekers will cover the donor’s expenses but those are usually minimal compared to the cost of buying sperm from a clinic.

Downside:  No protection – legal or otherwise.  Risk of sexually transmitted diseases.  And having investigated, it would seem that there are plenty of so-called ‘altruistic’ donors who expect to inseminate the ‘natural way’, ie through sexual intercourse.

Option Two: Purchasing Vials of Donor Sperm from a Catalogue and Creating a Baby via a Clinic

Downside: THE COST DEAR GOD.  At a total cost of £1770 for the donor sperm (including £100 for the catalogue access and £1000 for the one-off HFEA registration fee) donor sperm does not come cheaply.  Add to that cost the many thousands of pounds that we paid for IVF (success rate in the >35s per try: 49%) or the  thousand pounds per go for intrauterine insemination (success rate in the >35s per go: 11%).

Initially we strongly considered using an altruistic stranger.  Funding IVF was a huge stretch for us that wiped out any hope we had of getting on the property ladder in the next ten years.  Conceiving with the help of a known donor would have meant that we would have been able to invest that money towards a deposit for a house.  I’ve lusted after properties on Right Move since Right Move was INVENTED – it was painful to give up on that dream.

So why did we ultimately decide to source donor sperm from a clinic and to seek fertility treatment? 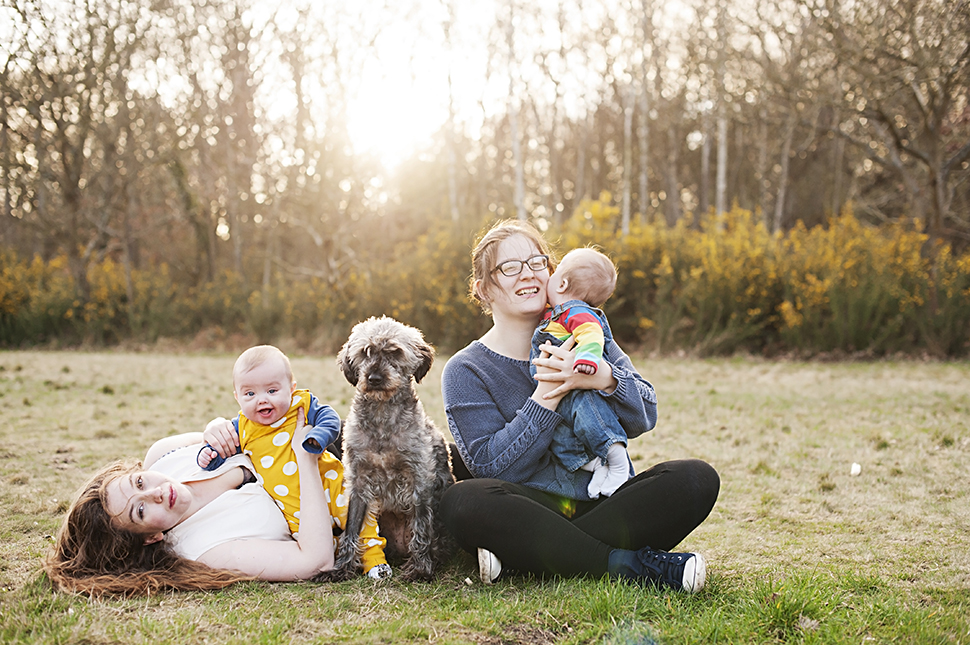 We were protecting this.

Legal parenthood put her name on their birth certificates.

Legal parenthood tells the world quite firmly that she is as important to the twins’ lives as I am.

Not only were we protecting Kirsty as a parent, but by choosing to use an anonymous donor from a reputable clinic, we were protecting ourselves from the ‘kindly’ stranger deciding to challenge us for parental rights later down the line.  We were setting limits on the role that their genetic father could play in their life: contact when they’re adults if they decide that they would like that (the donor has indicated that he is open to that) but no more.

Nobody will ever be a legal parent to the boys but us.

And when Kirsty calls herself ‘mum’, everybody has to listen.

That is worth all the money in the world. 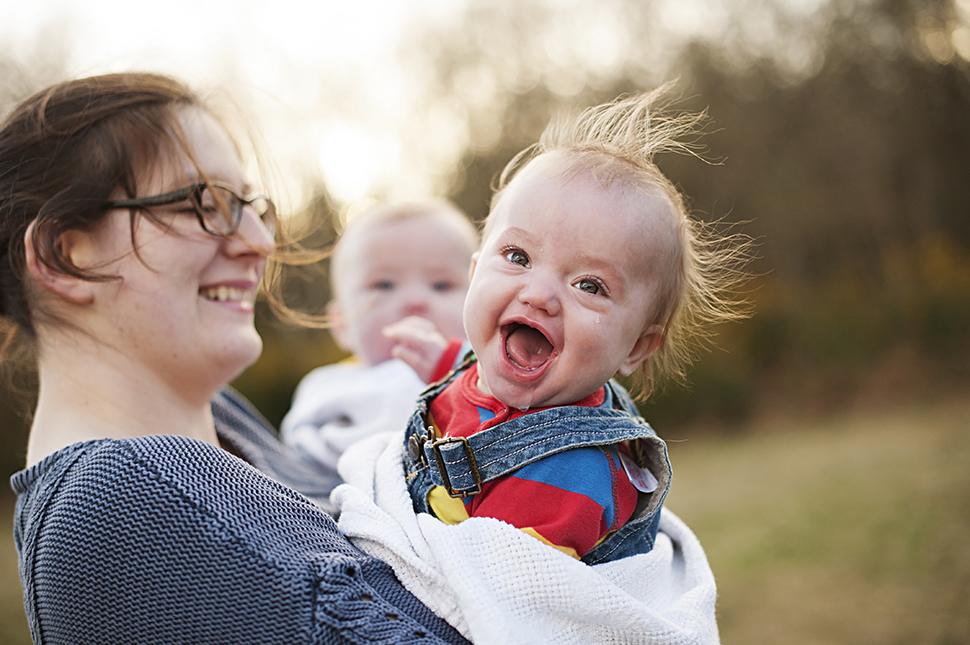 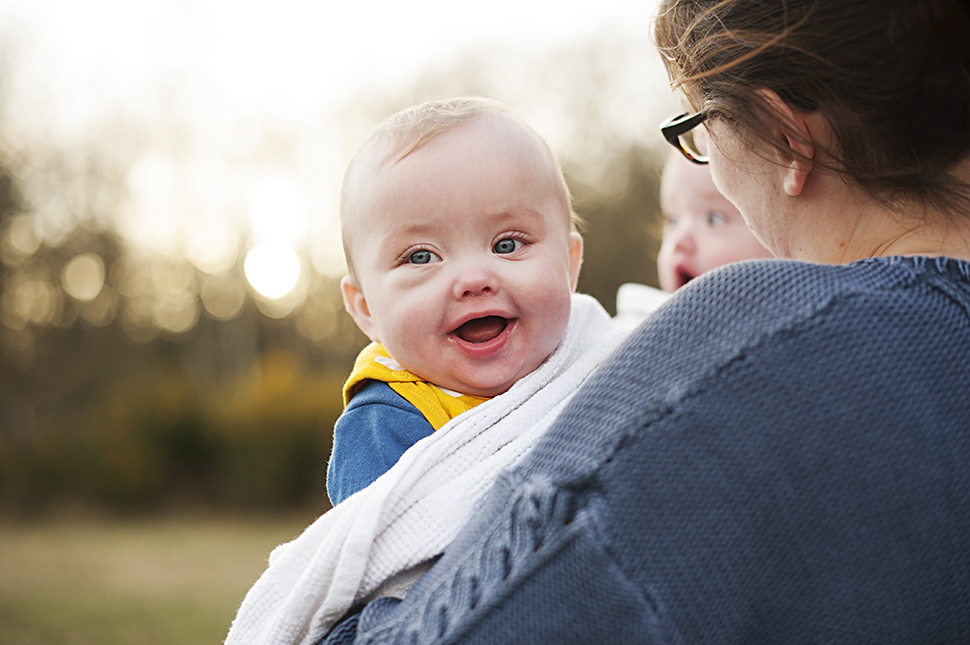 It goes without saying that we were fortunate in that we COULD afford – just – to buy donor sperm the safe way.  With same-sex fertility treatment unavailable on the NHS in many parts of the UK (such as ours) and the restrictive costs of private treatment, many families desperate for children do find themselves forced to take these risks in order to extend their families.

An Adventure in Babywearing