Home Twins Bath, Book and Bed with the Book Trust and the Supernanny
Twins

Bath, Book and Bed with the Book Trust and the Supernanny

Ah, sleep. What mother isn’t obsessed with sleep? I remember the first night that the twins were born, where they cried whenever they were put down in the cot and so I snuggled them together on a pillow in the bed and just spent all night staring at them, barely lucid, with my head next to their tiny bodies. Eventually they slept but I don’t think that I managed to sleep much at all because I was so overawed by the extreme weight of responsibility of these two tiny people who had been whipped out of my body and handed to me.

When they were small they were very good sleepers so long as they were tucked up with us – or, preferably, on us. The sling was a lifesaver and so was Grey’s Anatomy, which we watched obsessively with the babies asleep up on our chests. In a way it was beautiful. That said, they were almost a year old before they started sleeping through the night. Juggling work and night-wakings was difficult at times.

Mostly, Kirsty does bedtime. During the week I get home long after the little ones have fallen asleep. At the weekends they don’t tend to wind down so easily if I get involved with bedtime – they are simply not used to it. Still, it’s lovely to see them in their dressing gowns like tiny grown-ups, or tucked up asleep in bed.  They look so peaceful and so perfect when they sleep.  It’s hard to resist the urge to take them in your arms and wake them up, isn’t it. 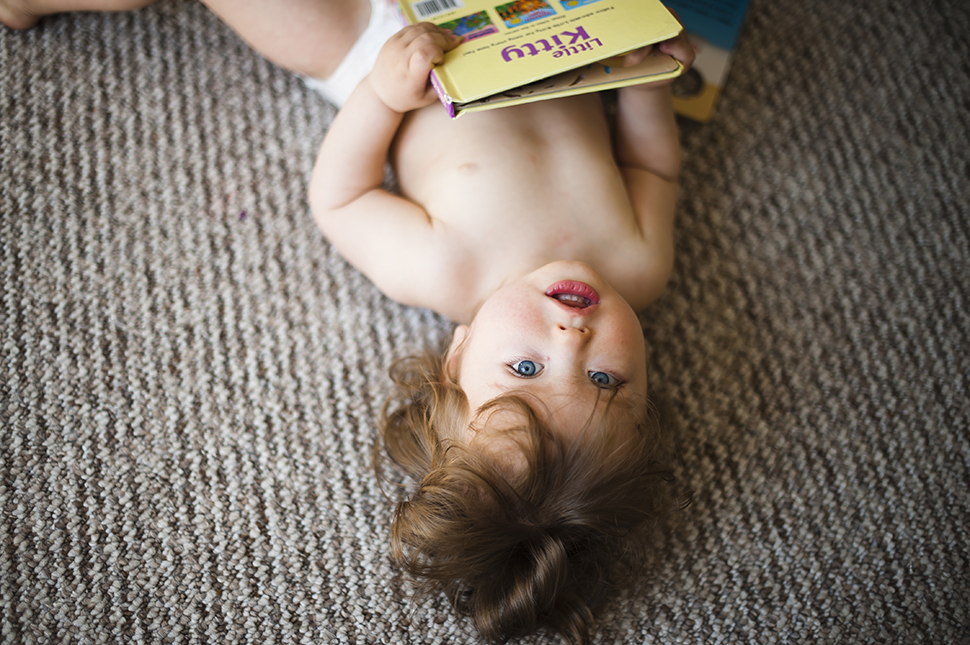 With the new babies due between about eight and ten weeks from now, we’ve been thinking hard about how we’re going to juggle four under two each with their own individual needs.  What is bedtime going to be like?  I’m not convinced that you can impose a routine on newborns or even on few-month-olds but will Zaza and Sasha resent being sent off to bed whilst their little siblings are still hanging out with the mummies?

So it’s come at a good time for us that BookTrust have just announced their Bath, Book and Bed campaign, with ‘Supernanny’ Jo Frost as their new celebrity ambassador.  This campaign aims to encourage parents into a regular bedtime routine with their baby or toddler, and we could definitely use the guidance.

We’re looking forward to attending the BookTrust event next week in order to meet Jo, and hearing her advice as to how we might best approach a book, bath and bed routine with four under two.

Kirsty and I have been avid readers all of our lives and it will be wonderful to share this love with our children, but I know that it won’t happen unless we make time in the day, every day, to do it.  We’ve always read to them earlier in the day, long before bedtime, but thinking about it, it makes sense to pull out a book as part of a relaxing bedtime routine.  We’ll just have to choose one of the ones without the funny noises!

Do you have a bedtime routine, or do you wing it?  I’m excited to report back as to how bedtime should be done.

Book, bath and bed? I kinda thought that’s what everyone did?! Cute photo! x

I could look at this photo all day. It is simply beauty personified.

This sounds like the exact scenario we used to have at home. Before returning to work I did bedtime, so when we sometimes swapped at weekends it was mad as T wasn’t used to it. He wanted to play. I can’t imagine what it would have been like with twins!
Thankfully, T’s got used to it now I’m back to work.

Our routine is pretty much draw bedroom blind, get changed, brush teeth, get into sleeping bag, book, and then milk. We then take T upstairs whilst drowsy and put him on his front and rub his back. He usually drifts off within minutes. It’s perfect for us and he’s a stickler for routine.
When it is bath night, he’s usually gone before even getting upstairs!

Looking forward to reading how you guys get on. X

We are huge bedtime routine fans! Ours is basically the same as yours. I found your blog via the #bibs shortlist – good luck!