Now that we have announced that we are expecting little girls with this pregnancy, and given that I have now gestated two twin pregnancies with opposing sexes each time, I thought that it might be fun to compare the pregnancies to see the similarities and differences between the two.

With my first pregnancy, the boys, I was a wreck.  Sickness kicked in at about six weeks and I remember walking around the supermarket with tears running down my face because I was so hungry but I couldn’t possibly eat any of the food and the shop smelled like death.  ‘Morning’ sickness lasted all day and didn’t ease up until about halfway through the second trimester, by which point I had lost sixteen pounds.

With the girls, sickness had kicked in by week five but obligingly disappeared almost entirely by week nine and there were always things that I could eat, namely salty carbs and sugar.  I lost four pounds and nobody cried.

I don’t remember feeling particularly faint with my first pregnancy, aside from admittedly with hunger.

Throughout my second pregnancy thus far if my head hasn’t been on approximately the same plane as my feet, I’ve been in danger of blacking out.  It’s mostly passed now that I’m well into the second trimester but the first trimester involved a decent amount of sitting on the floor of the train/fainting dramatically during the morning commute, sitting down to shower and starting to cook dinner and then realising that I couldn’t possibly stand for that long and being forced to go and lie down on the floor instead!

With my first pregnancy my skin was beautiful.

This time round?  Not beautiful.  I have never been prone to dry skin but my goodness, if I don’t moisturise my face every time it so much as looks at a shower, it starts to flake off.  Horrid!

With the boys I craved red meat, red wine and Coca Cola.  Basically, anything that I couldn’t have – it was delightful!

The girls just want sugar.  Oh, and carbs.  I’m eating like I have constant PMS.

For the first half of my pregnancy with the boys I was repulsed by virtually everything.  A much shorter list is what I could eat: namely, small quantities of bland, beige carbohydrate.

With the girls, I haven’t been able to tolerate anything with a hint of spice.  Otherwise?  FEED ME, thanks.  I’ve a suspicion that I’m not going to finish this pregnancy weighing less the day after delivery than the day that the pregnancy was confirmed, unlike with the boys.

So those are my twin boy pregnancy and twin girl pregnancy experiences!  As you can see, the two have been very different so far and this did make me suspect two girls this time (the nub photos at the 12-week scan as good as confirmed it).  I wonder whether my experiences are similar to other mothers who have gestated both boys and girls.

This might be a second pregnancy thing or it might be related to the aforementioned MUST-EAT thing but deary me, I’m hardly Thumbelina this time around. 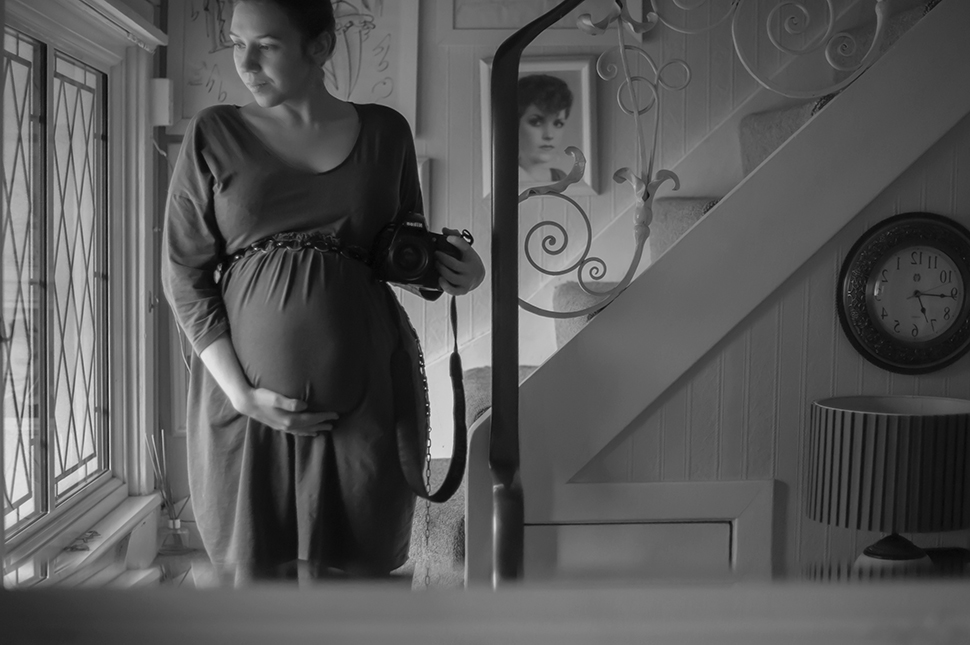 What were your pregnancy symptoms?  Did you have a girl or a boy?

My Non-Negotiables for Happiness

My cravings have mostly been food and more food with all 4 pregnancies but carrying a girl has made my face soooo dry, no matter how much I moisturise it is flaky and horrible. Good luck with the second half – hopefully the birth is completely different too

It’s amazing how pregnancies differ. That photo of you is beautiful, so understated and natural x

I love that photo! As Donna said, such a lovely, natural portrait. I haven’t taken a ‘bump’ shot since 17 weeks, you’ve reminded me that I really should get the camera out!

I had a boy first then a girl, but didn’t really get cravings with either. I didn’t get sickness with Freddie, but felt very nauseous in the first trimester with Sasha, but thankfully that went away by 13 weeks! I was more tired and PMT-like with S, so maybe that was all the ‘girl’ hormones raging, who knows! x