It’s the fifteenth of the month again and that means that it’s time for our monthly Siblings Project update.  This is one of my favourite monthly commitments as it serves as a reminder to myself to catch a few portraits of the twins together and to document how much they are growing and changing.

You might know that not only do we have one set of twins who are sixteen months old but we are expecting a second set of twins, little girls, who are due in July.  We are over the moon that our family is expanding again and having had twins once previously, can hardly imagine a pregnancy that contains only one baby!  Our second set of twins were very much planned in one respect, in that we knew that allowing two embryos to be transferred back in to my uterus during IVF would significantly increase the likelihood of a multiple pregnancy and having loved the experience of raising twins the first time around, it was a chance that we were more than happy to take!  We can hardly wait to welcome our two new family additions this summer.

I was surprised to read on a twin facebook group recently some negativity toward people who didn’t have twins but have wistfully remarked to twin mothers that they ‘would love to have twins’.  For one thing, it seemed like rather an innocuous comment, certainly one that I have made in the past (the phrase ‘be careful what you wish for’ springs to mind!).  It seems that people who make this remark fail to appreciate the intensity of raising two children of the same age and in doing so, inadvertently cause offence.  Personally we’re not entirely convinced that it’s any different from a childless person wishing that they had a baby of their own and it certainly doesn’t seem to merit the amount of indignation caused within this group, but perhaps we lack sensitivity..!  Or perhaps we’re just mad.

People, if you tell us that you would love to have twins, we will tell you how absolutely, mind-blowingly fantastic our experience of raising these tiny people has been.  We wouldn’t change it.  We are looking forward to doing it again!

And yes, sometimes it’s bloody hard.  But there is no certainty that you wouldn’t love the reality of twins just as much as the idea. 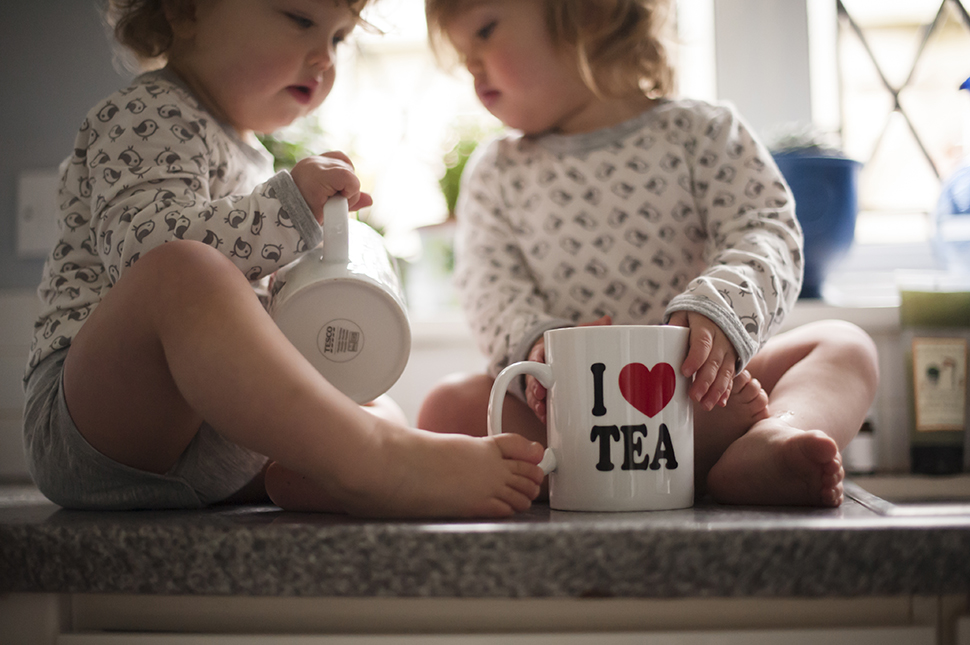 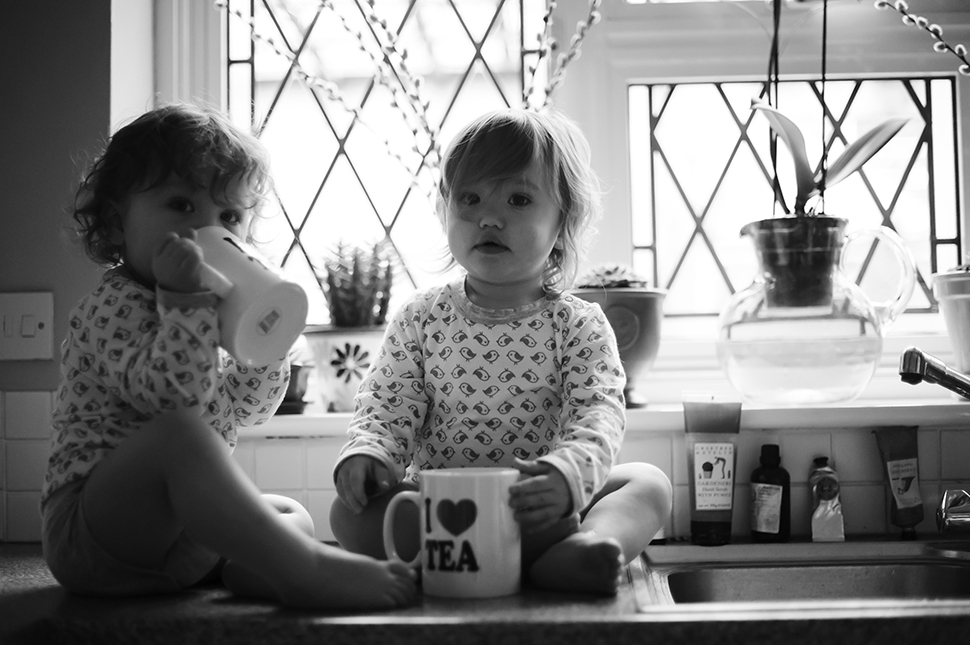 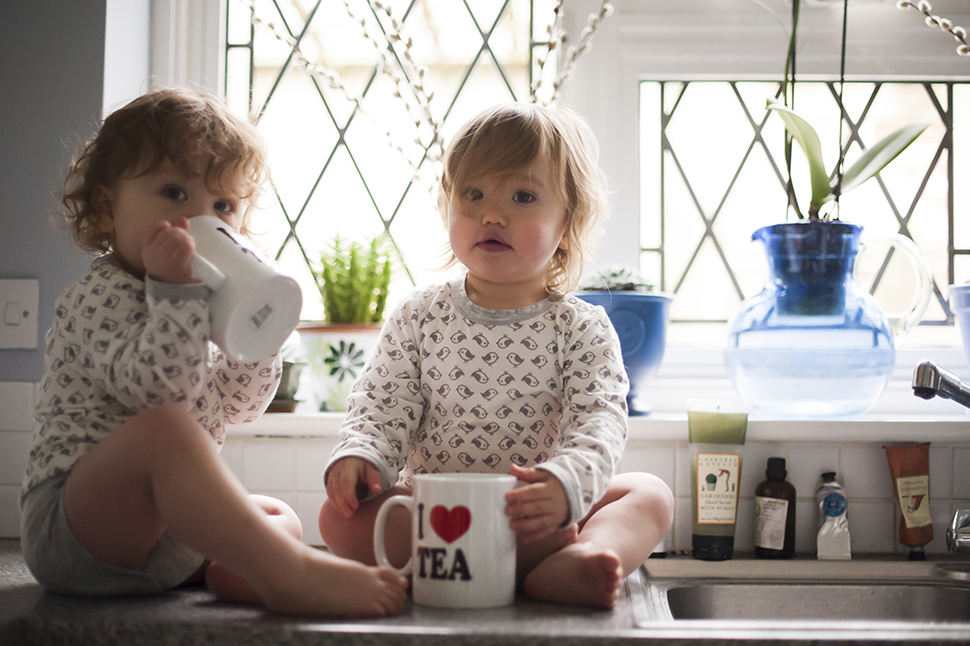 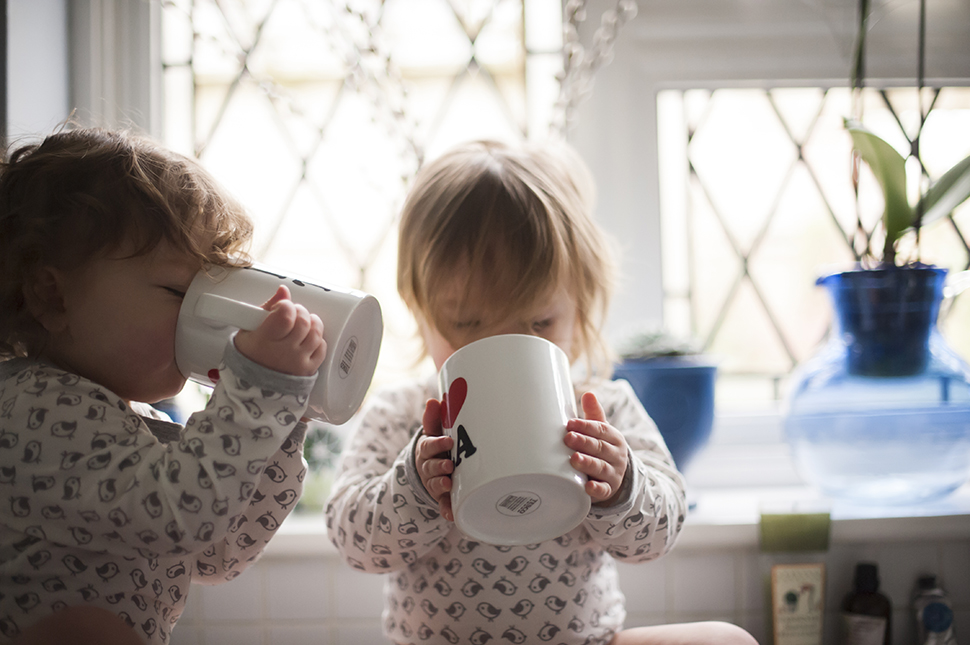 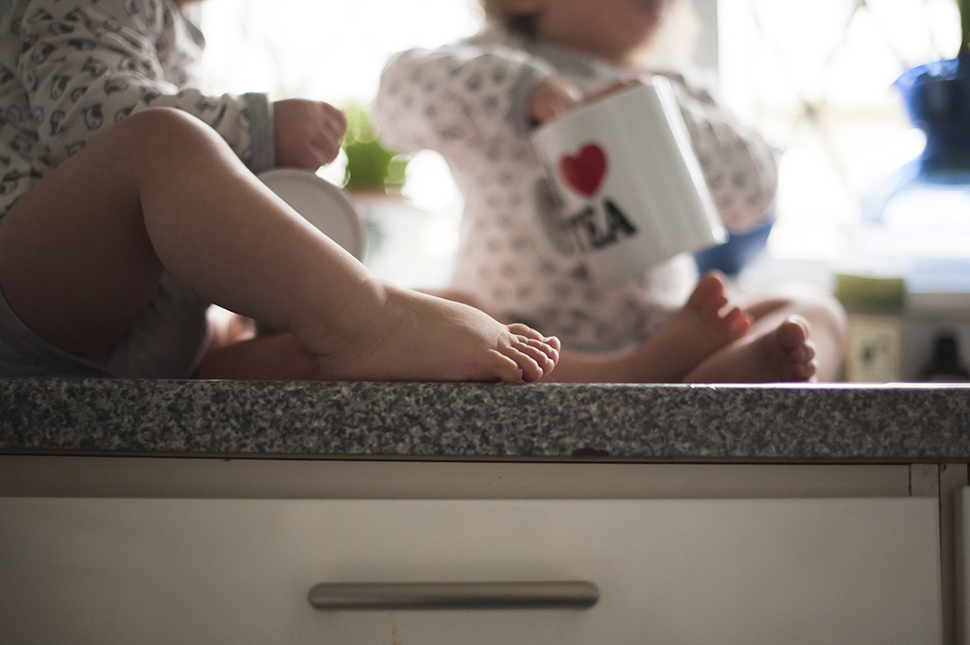 This month our twins have enjoyed pushing each other in boxes, in the single buggy and on the swings.  They chase each other about the house, giggling wildly, and roll a ball between each other.  They love to brush each other’s hair, feed each other food and can point out each other’s various body parts (which is quite amusing during a nappy change!).  They are rather good at sharing, with the occasional snatch and high-pitched wail or bite, and the difference between their two personalities just serves to highlight their individuality.

It’s late on a Monday night as I write this and perhaps the knowledge that I won’t get to play with them again until Saturday morning is making me sentimental, but I wouldn’t change a thing.

A Visit with Great-Grandparents

I still can’t quite get my head round the fact that you’ll have TWO more babies come summer!

Oh my goodness talk about adorable captures and melting my heart. These are making me way too broody. I love them. #siblingsproject

How stunning are these images. They are growing so fast, and I love to read about their little bond blossoming x

The boys are getting so big! Loving these photos for March, in particular the foot shot. Who doesn’t ADORE baby feet!!! x

Aww they are just so adorable! I’d count myself in the “twins would be fun’ camp – I don’t doubt that it’s a very intensive way to do parenting but it still sounds good to me!

These photos are gorgeous Amber and I cannot even begin to say how excited I am when there will be FOUR little people in your photos. Just amazing. I often say that to twin mothers, it makes me sad some would think what I said as a negative thing. And PS thank you for your lovely comment on my post about my photos, it made my day for you to say that. xx

I do love reading your siblings posts Amber. I think having twins is a wonderful thing. However hard it is for you as parents – and I don’t doubt it’s REALLY tough – it is an amazing thing for the boys growing up together and seeing their relationship develop by reading your blog is really something special.x

Your twins are adorable and it is so lovely that they will be joined by another pair of girlies! You will have your hands full but it will of course be worth it! As you say they like to brush one another’s hair and things, people with twins always say they play so well together as they get older so there is that to look forward to! So much cuteness. xx

Oh they are so sweet! Four is going to be crazy, but I think if anyone can handle it then you guys can. I definitely love the idea of twins, but obviously realise how intense and demanding it must be

I’m glad I’m not the only one whose child sits on the work top playing with crockery! Haha I can’t wait to join in with this gorgeous linky from NEXT FREAKING MONTH!!!xx

Soooooo cute! I’ve not been about online as much since starting full time work and I really didn’t realise just how much time I’ve missed till I saw how much these two have grown.
Adorable the pair of them! Much love to you all, and sending energy filled vibes your way x

Seriously cute pictures! And love your sentiments! I don’t have twins myself, but a good friend who has five daughters, the last two of which are twins, always says how crazy but wonderful it is! Wow! Two sets of twins… Amazing!! You’re old hands now though!

I love reading your posts Amber – your boys are just so squidgy and gorgeous! It is going to be so exciting in the summer with two more babies in the house, and how much fun are they all going to have growing up together? #siblingsproject