We had been promising ourselves for months that when they turned three, we would cut their hair.  It wasn’t a gender-specific thing, we discussed it amongst ourselves and we agreed that if they were girls, we would consider cutting their hair too.  The trouble was that they have both inherited my cotton-wool fine, tangly hair, and they hate to have it brushed.  We agreed that we would allow them to have their hair cut because they wanted it cut, because we had sympathy for the wincing as we tried our best to detangle their bedheads before breakast.

We told ourselves and each other that short hair would suit them; it would draw focus to their eyes.

My mother volunteered to cut it, and we accepted.  In a strange fit of optimism, we allowed her to do so under the influence of a cocktail of pain medication following a bone graft in her mouth three days before..!

Eighteen months ago, gravid and hormonal, I had wept ugly tears in the office when Kirsty cut their fringes without warning.  At the time it had felt like an enormous milestone, the first haircut, but I know now that this is it, the real first, when their baby hair was shorn and from the detritus of lost ringlets emerged my sons, no longer toddlers but little boys.

And this time, I was there. 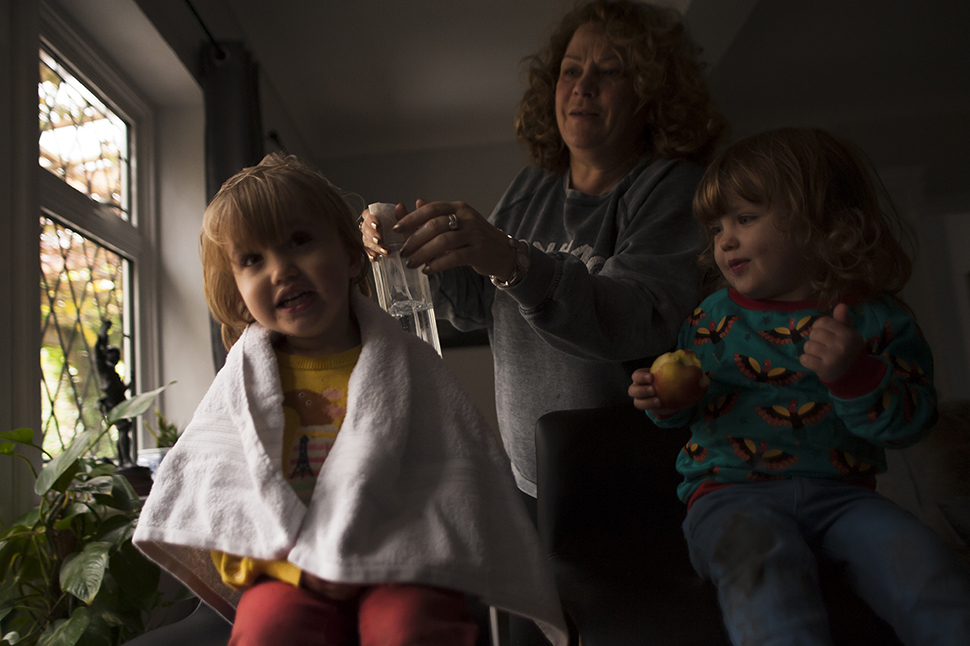 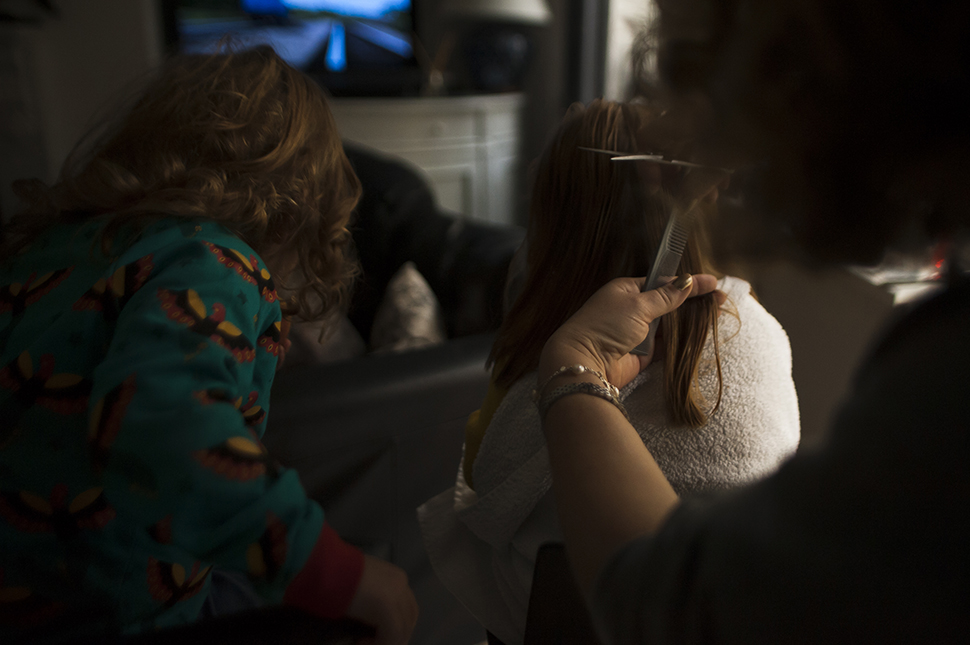 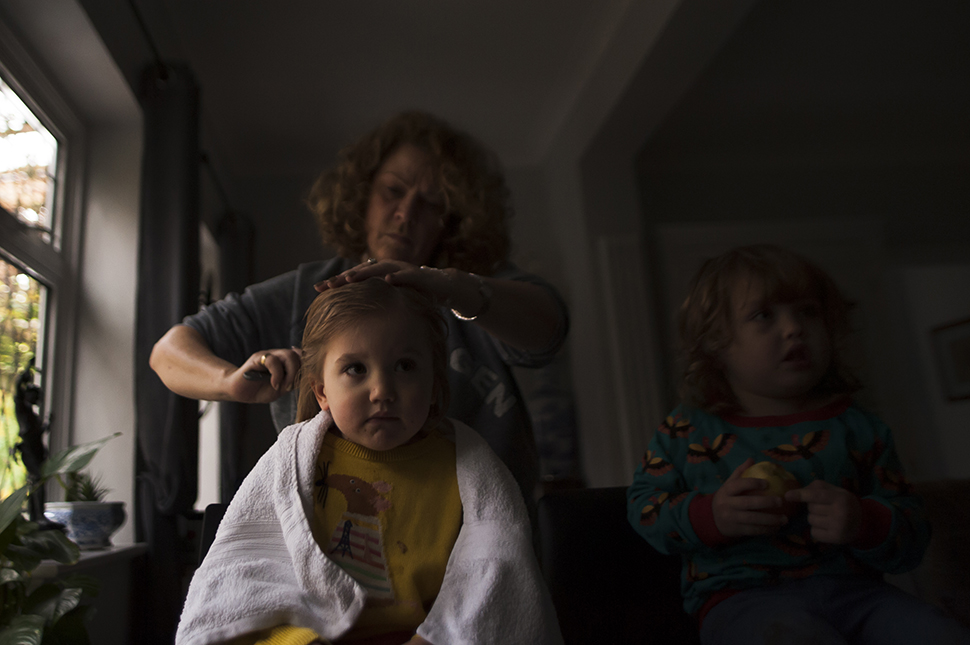 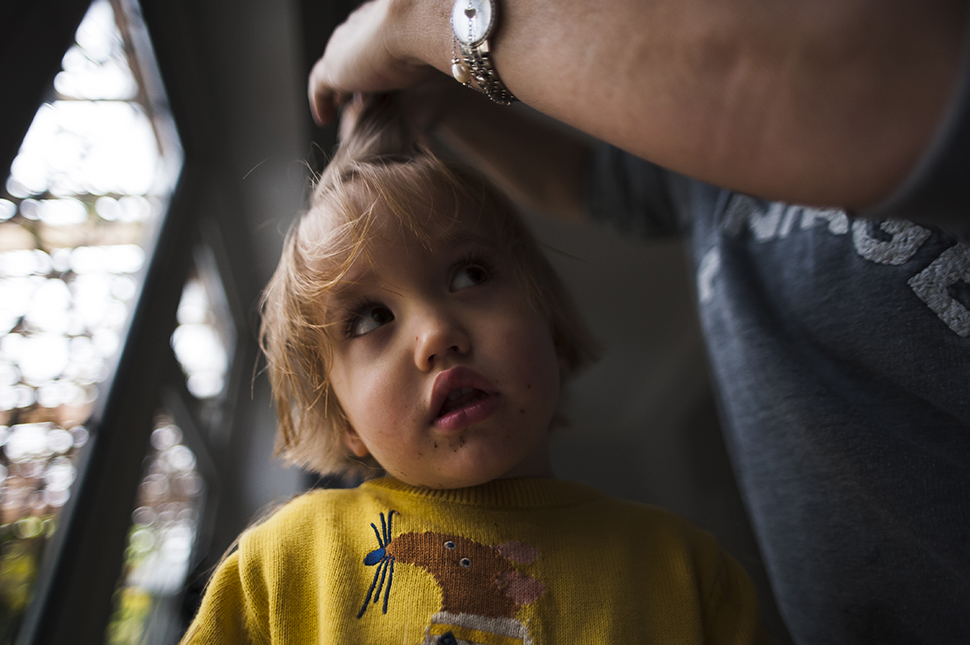 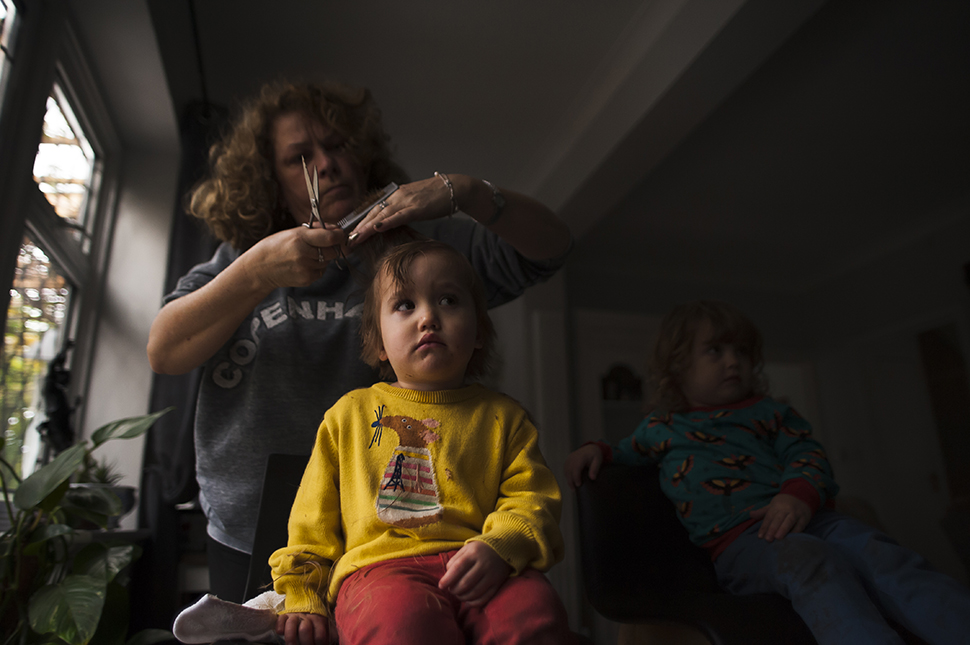 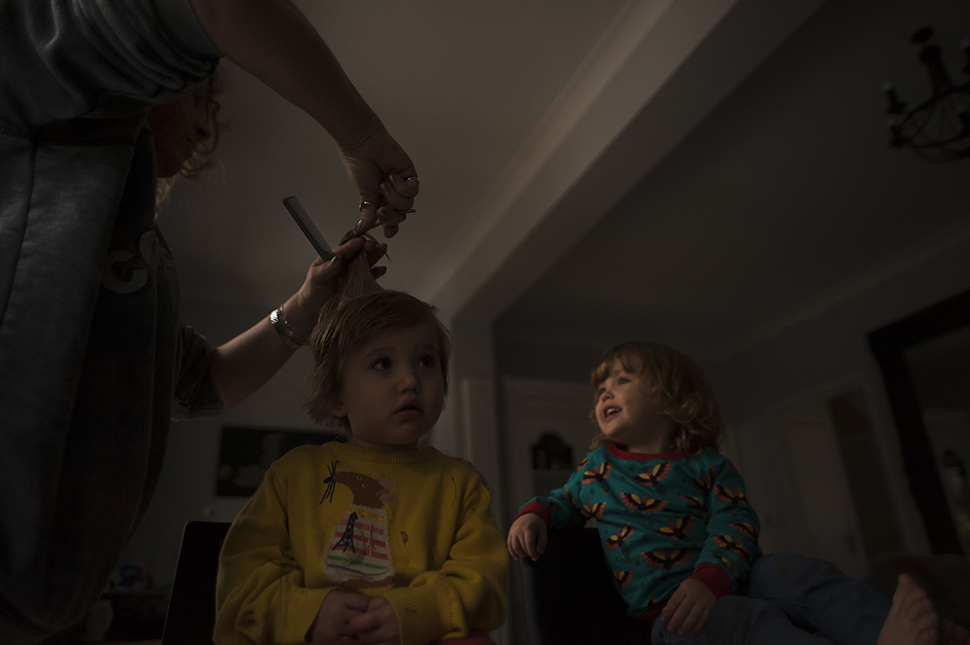 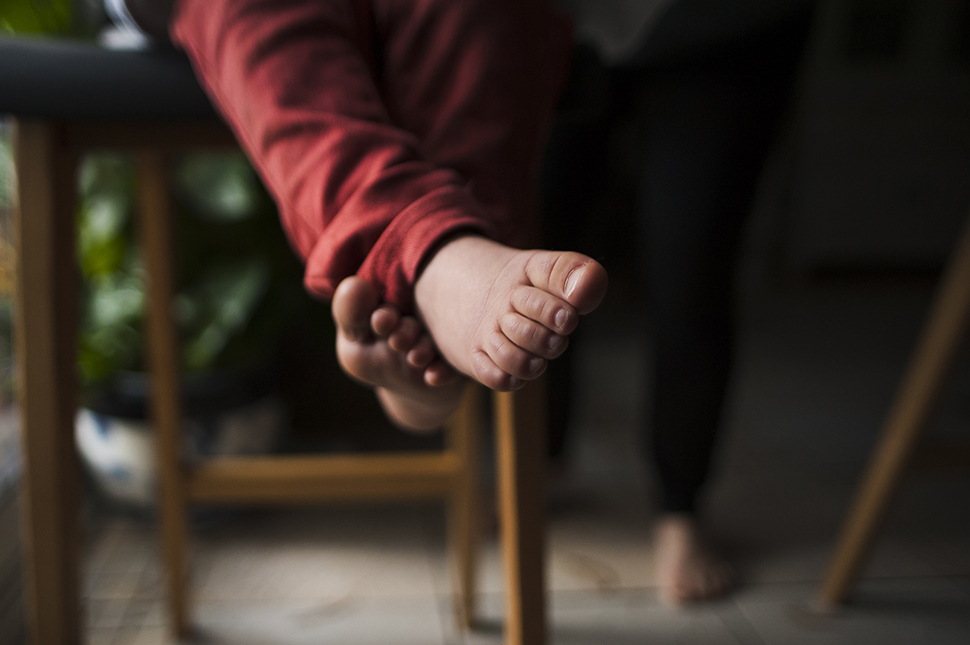 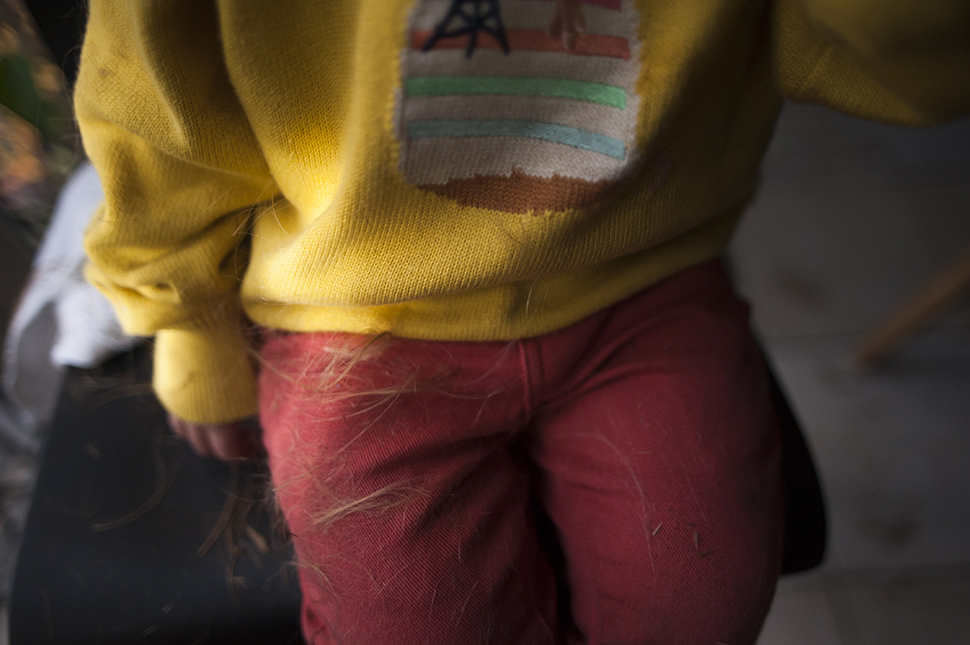 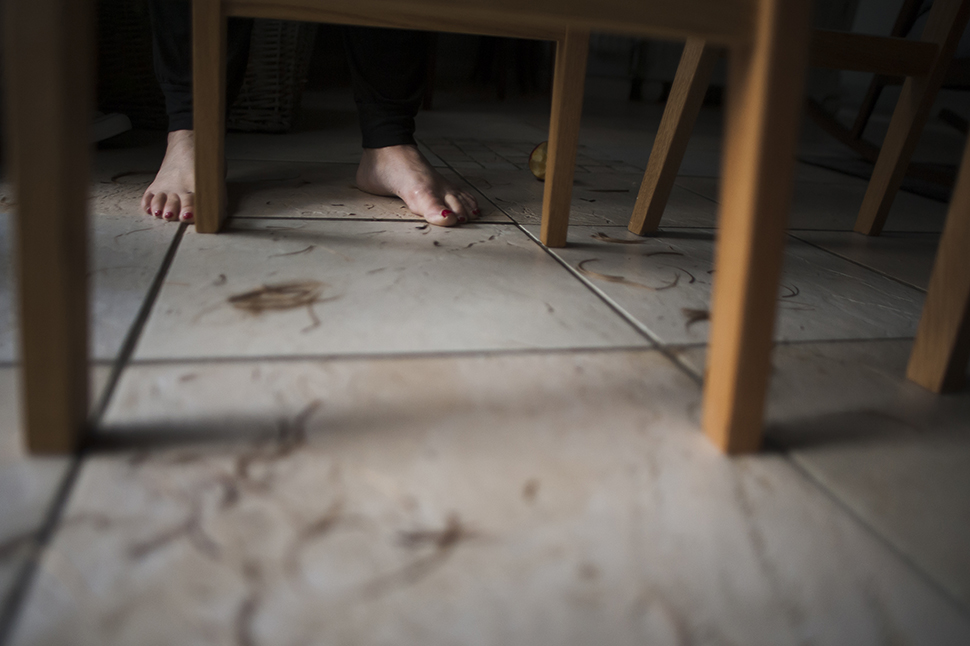 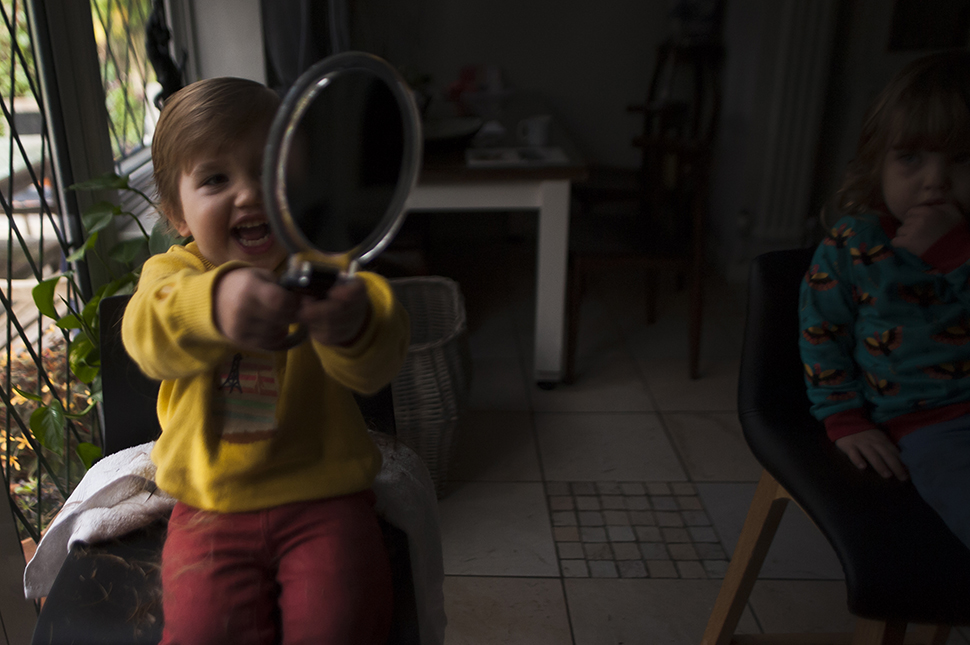 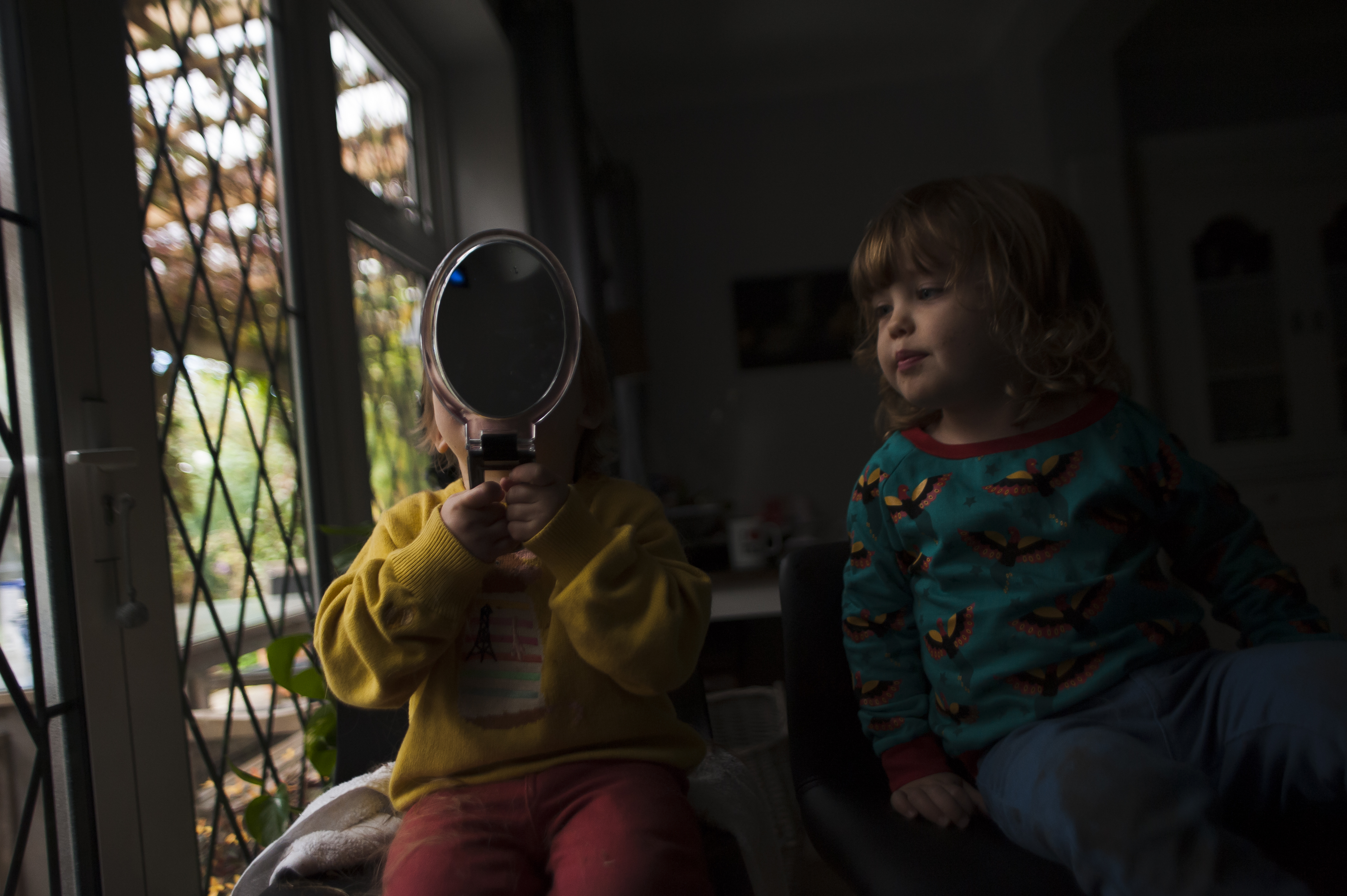 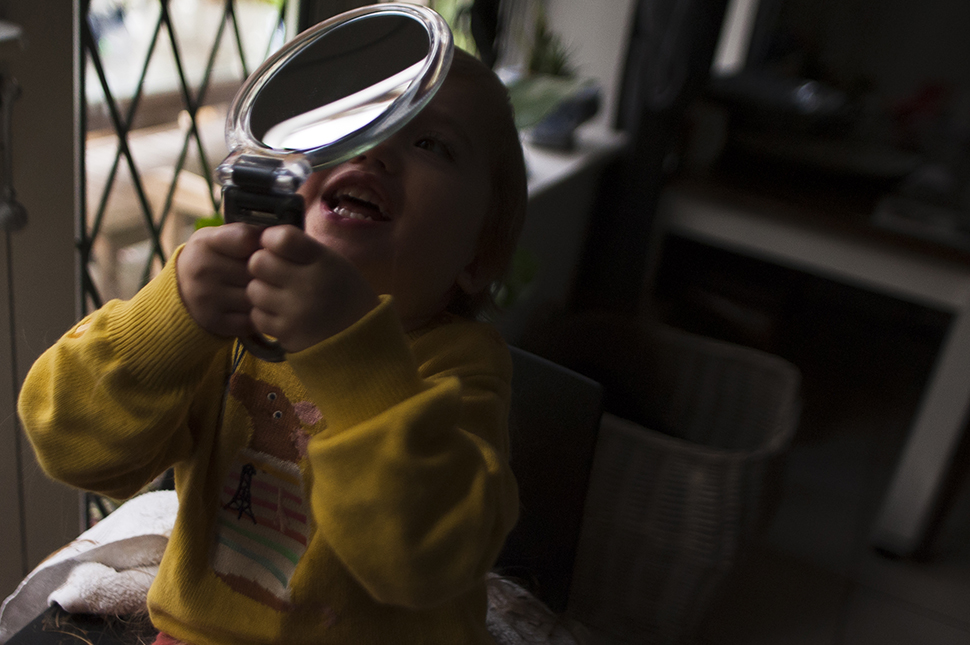 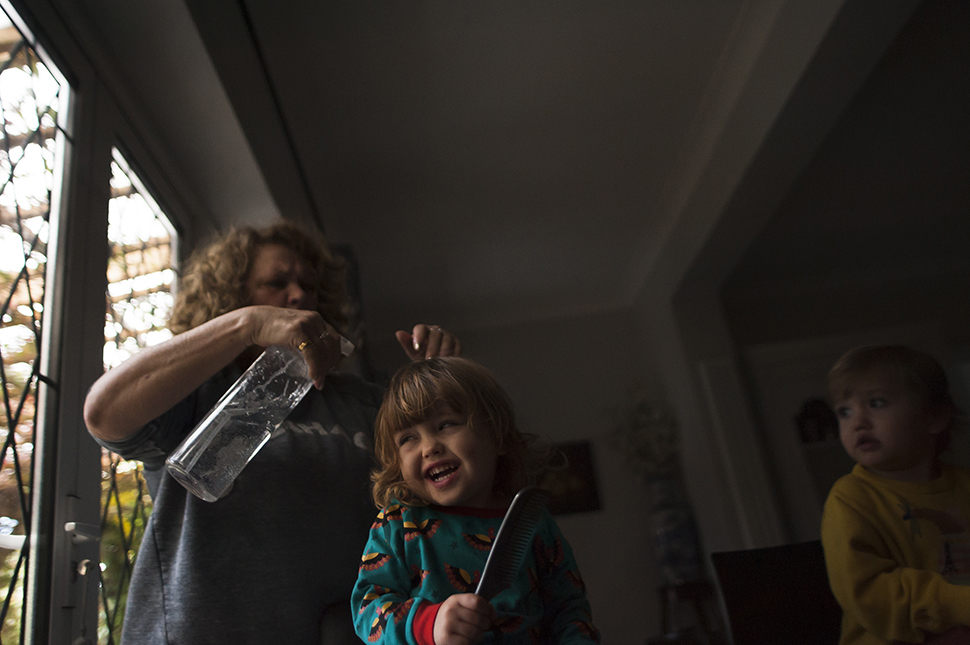 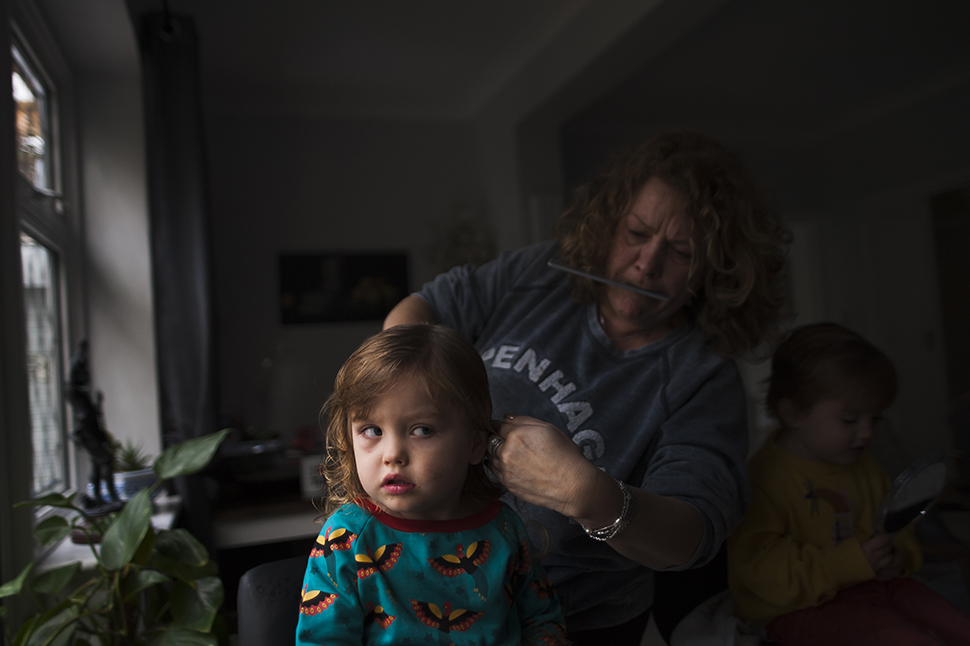 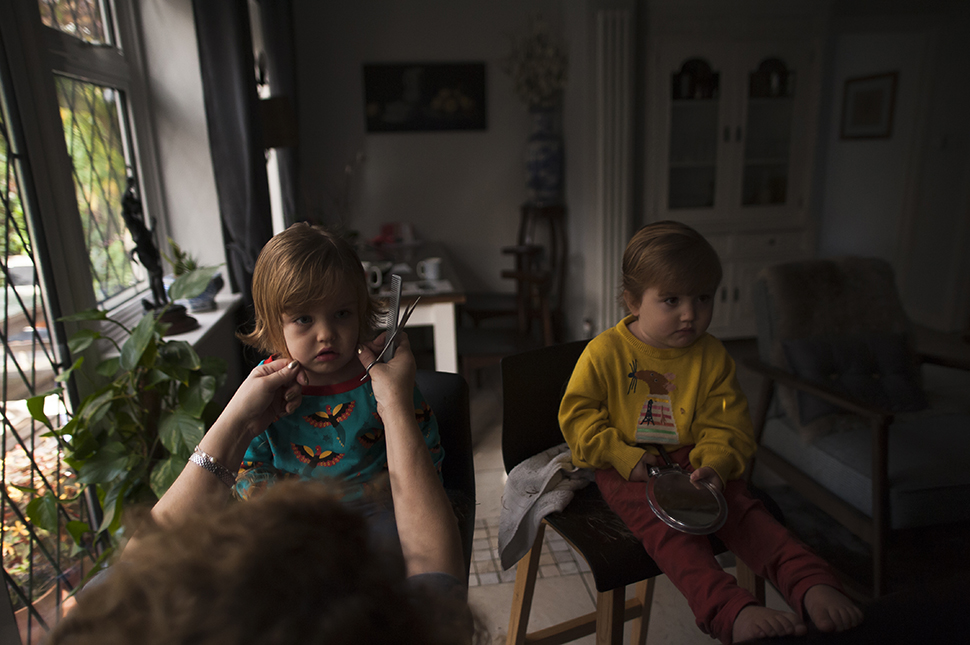 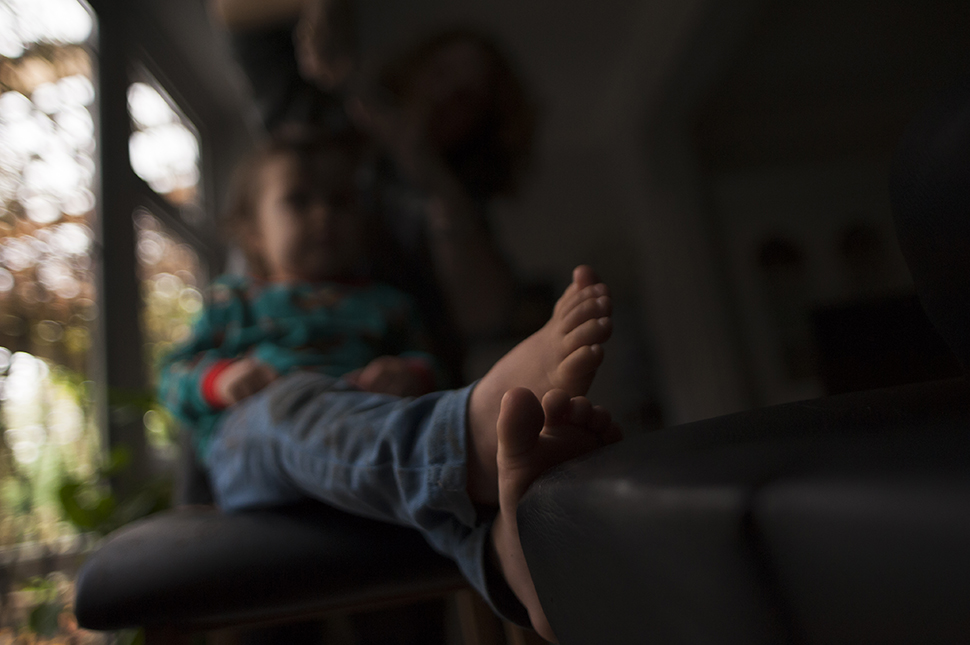 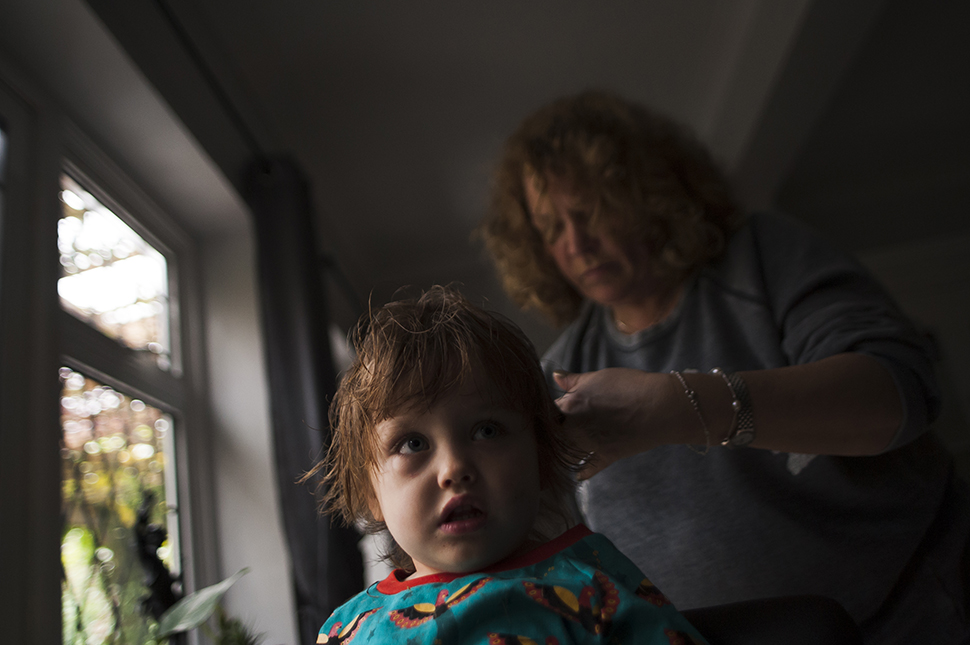 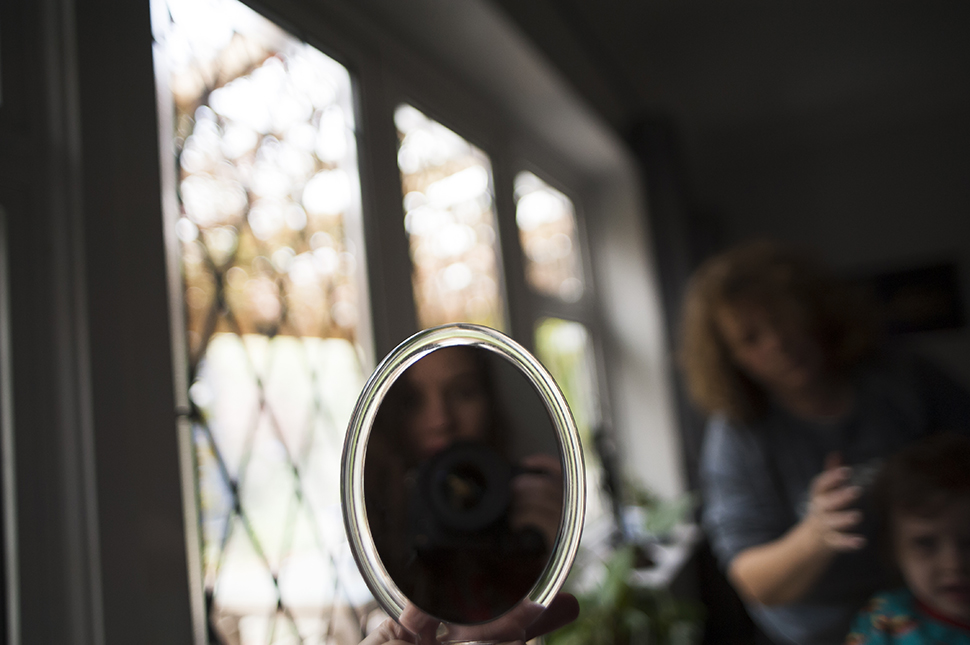 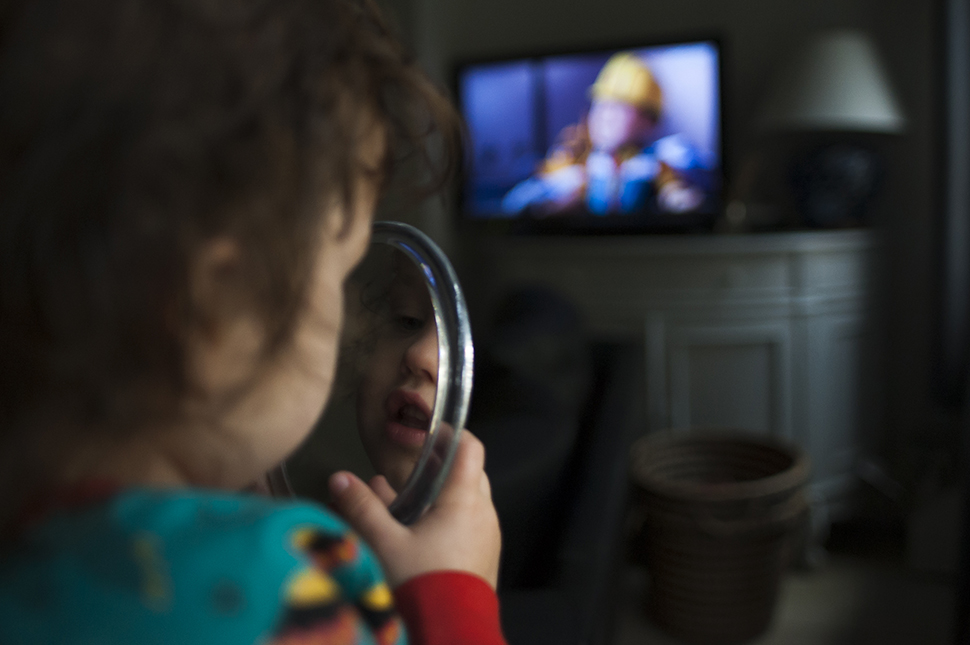 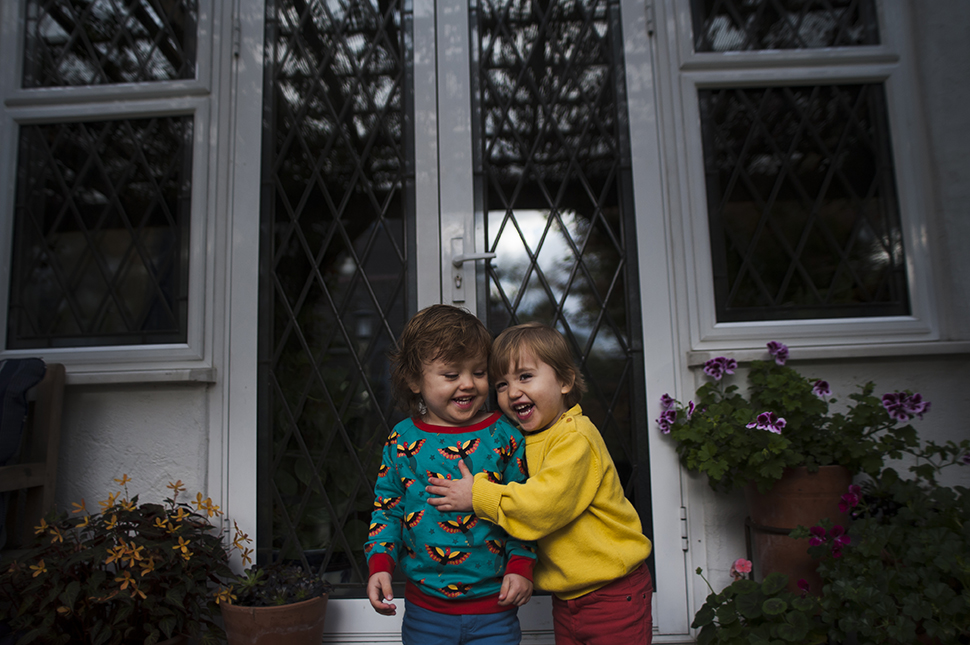 After all of the angsting, the planning and waiting and second-guessing, I think that we prefer the hippie look after all!

I’m not sure what we’ll do now.  It might just be a case of investing in better brushes, a detangling spray better suited to their hair, and giving shaggy hair another try.  I guess we’ll ask the boys and listen to what they say!

How old were your children when they had their first ‘real’ hair cut, and did it take you a while to get used to it?

And what do you think of my boys’ hair?!

Winter Wonderland, a DITL and Making Time for Joy

I think it looks lovely, they still look like themselves but I can see how it’s a big change for their mamas. Beautiful pictures to capture it as well Amber.

They look absolutely adorable and so, so happy. They’re an absolute credit to yourself and Kirsty. At least you were there supervising the haircut and able to photograph the process. Whilst Jacek and I were in Amsterdam this week my mother cut Tyler’s hair without even asking me… AGAIN! He now looks like Rab C. Nesbitt with a tiny short fringe and long sides… morto for him :/

I think their hair looks great!! But if you decide to grow it out, invest in a Wet Brush! It changed my life!

Hi, I love longer hair on boys but what does drive me CRAZY is, school is forever pushing for our girls to wear their hair up (to prevent the dreaded nits!!!!) but the parents of boys still send them to class hair falling down their backs/face. Please do bear this msg in mind as I know I’m not alone in feeling mildly irritated in the play ground!! ????????????