You blink and it passes, swallowed up in fluttering first kicks and then the tumbling, cats-in-a-bag subsequent sensations, in restless legs and insomnia and the countdown first to viability and then to the next milestone and the constant, nagging suspicion that you could not possibly be so fortunate.  You sleep less, with four children; you justify the exhaustion by reminding yourself that you are not carrying twins this time, you are not nearly so anaemic this time.  You nest; your Pinterest is full of cushions and art.  It distracts you from thoughts of what you should be doing, preparation you should be making.  You feel so underprepared, which is silly – this baby was planned, you have had babies before, how much preparation can you possibly need?  You are not a frightened seventeen-year-old hiding her bump beneath a school skirt.  But it strikes you sometimes that those frightened seventeen-year-olds may be more natural at this than you. 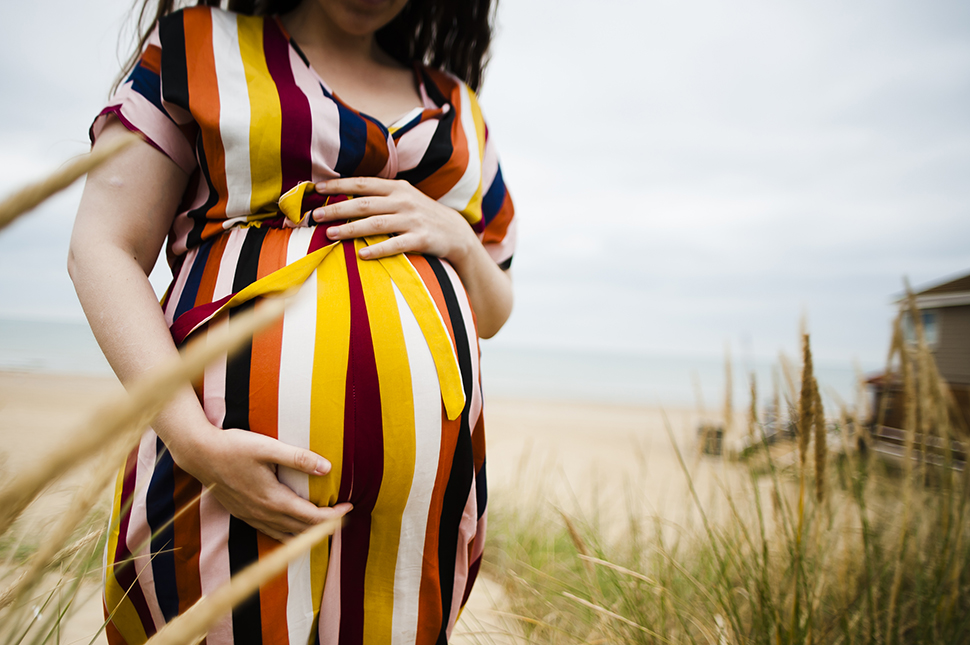 You take them to the beach and they play so beautifully as a four that you have a hard time imagining that your family could be anything but complete; that there could be room for another child in the daisy-chain that is your children, holding hands as they make their way across the sand.  They are so perfect as they are.  But perhaps this is the joy of the new addition, the first baby that feels merely wanted rather than needed.  And you feel so lucky.

The baby is a quiet thing; it resembles Lysander and Embla in utero with the occasional meaningful thump rather than Balthazar and Olympia’s endless gymnastics.  Already it is responsive to its mama’s voice, waking to greet her when we speak of an evening.  Lysander is desperate to feel it kick; you call him to you every time the baby moves, but each time it hears his little voice or feels his tiny hands, it falls silent.  This baby has a personality already, and it is so loved.

Dressing my Children with Blaou