Back in the summer, Little Tikes kindly sponsored my attendance at the two-day Britmums conference.  Little Tikes toys were a staple of my childhood and I have fond memories of racing around in my Cozy Coupe, so it was exciting when they got in touch recently to invite us to a local event celebrating their new range, Lil Ocean Explorers.

Held in the decadent-yet-super-friendly kids’ club Maggie and Rose in Kensington, attending this event was like visiting your best friend only to discover that they were way cooler than you had previously imagined and also had better toys than you!  Much of the new range was on display on the work surfaces about the walls but more excitingly, it was also generously spread across the floor for attending children to explore and trust me: they were having a blast.

I felt like the worst mum in the world for not bringing the twins along.

(If you were there, you can thank me for that: they had the worst colds ever.  Trust me, you did NOT want your offspring to start leaking from all orifices like mine did.)

It felt a bit surreal to get down on the floor and play with other people’s children on a half day from the office, but it was worth it to have a chance to explore the new range and to see from a child’s eye’s perspective which toys were getting the most attention.  And don’t worry, because I also found time to catch up with my friend Hannah from Budding Smiles – who let me bleat on about babies for ages without revealing that she was pregnant, the sneak – and Katy from What Katy Said, as well as meeting new-to-me bloggers like AK from My Buggy Junction and Lisa from Leelee loves, as well as their adorable offspring.  Oh, and eat plenty of cake; Little Tikes and their PR agency certainly know how to do cake.

I think that there was fruit and sandwiches there too but I can’t say that I really looked at them – eating three pieces of cake took up most of my time and attention.  Cleverly, Little Tikes brought out the cakes just before the talks started, meaning that we were far too busy stuffing our faces to keep giggling with our mates even though we hadn’t seen them since the summer.  We were introduced by the range by child psychologist and development expert Dr Amanda Gummer, who has been working with Little Tikes on the Lil Ocean Explorers range.  She wisely cut her talk short as she could barely be heard over the joyous sounds of over twenty babies and toddlers having a LOT of fun in a small room, but I did get a chance to catch up with her later and also to read her book.

Despite having a super time all on my own I did feel a bit sad that the twins didn’t get to come along to experience what would have essentially been their first lots-of-babies-together party.  I thought that Lysander in particular would have adored socialising with lots of small people round about his own age, whereas Balthazar would have been all over the toys (and the cake!).  I was delighted therefore to be presented with a voluminous goodie bag containing not one but two of the toys that I had been eyeing up earlier as well as a toy for mummy – the book by the child psychologist we had heard from earlier, Play: Fun ways to help your child develop in the first five years. 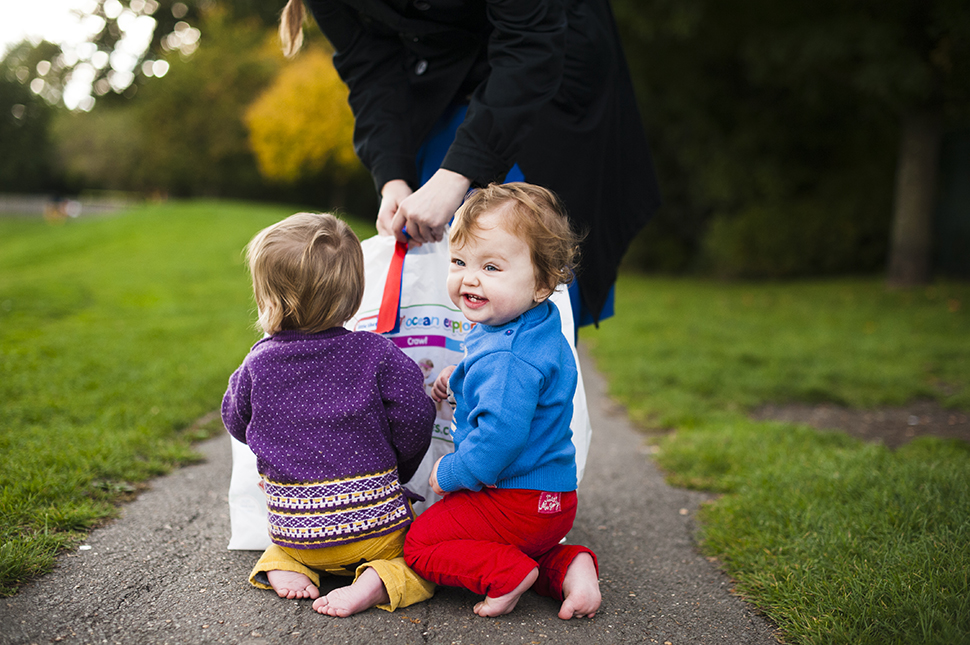 So what did my little ones make of their new toys?  As you can see we didn’t even make it home from the train station before they were plucked out of the pram to investigate the bag – it was proving impossible to walk beside the pram as they kept grabbing hold of it and trying to pull it toward them!  Clever babies must have known that there was something for them in there..!

We were given the Lil Ocean Explorers Catch Me Crabbie and Crawl ‘n Pop! Turtle to try out for size.  The verdict?  Positive.  My not-so-brave Balthazar was appalled the first few times that the scuttling crab came at him and not especially impressed when Turtle popped its shapes out either, but it only took a few cuddles with mummy before he stopped climbing our legs and investigated the new toys with his brother, at which point he realised how much he liked them.  They have since become staples in our home and I’ve no doubt that we’ll be investigating more of the Lil Ocean Explorers range as well. 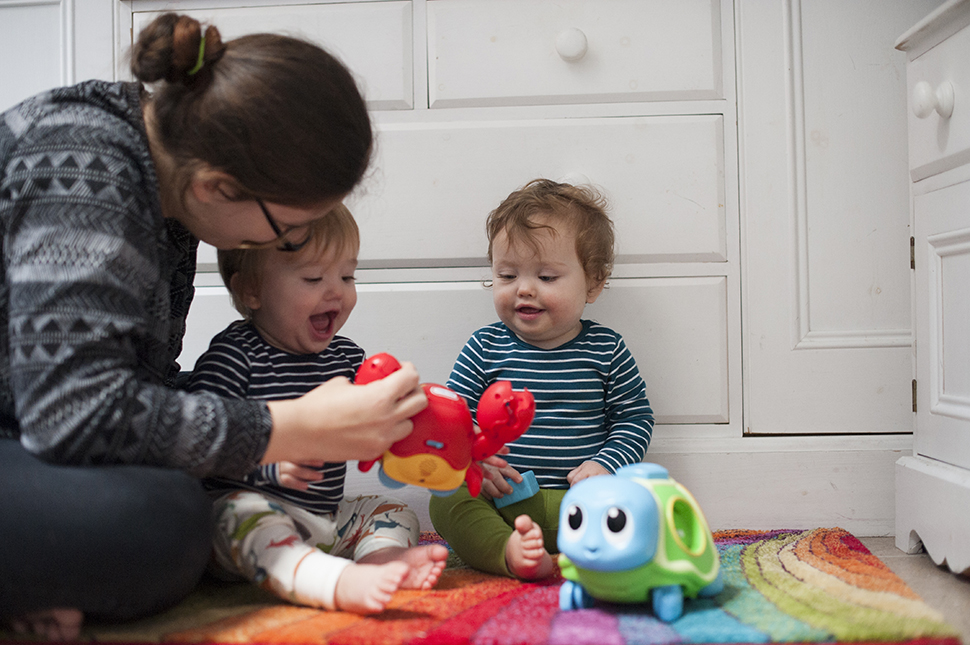 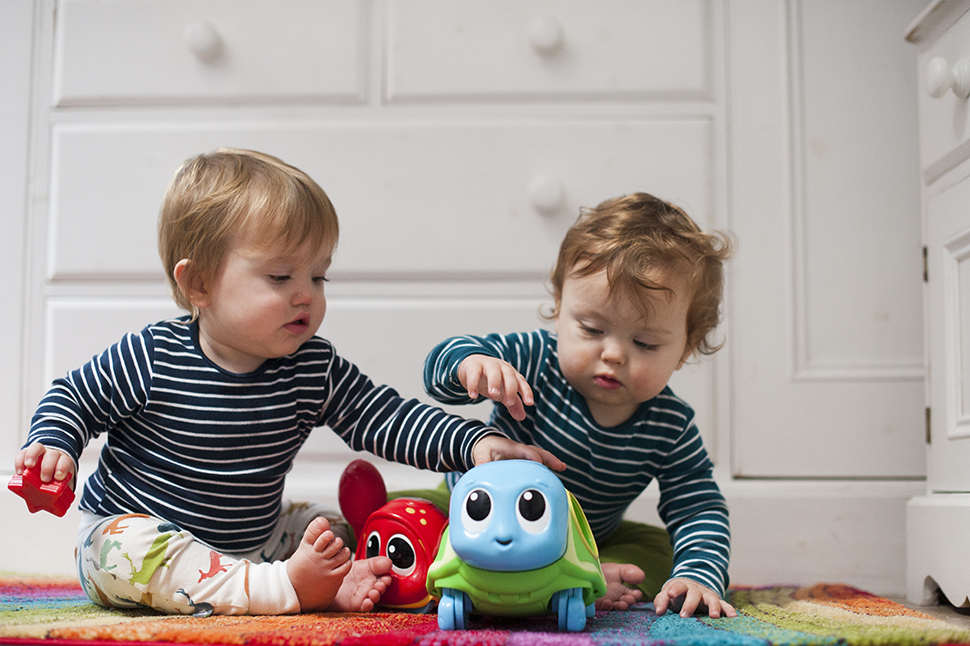 Big thank you to Little Tikes for inviting us along and gifting the boys with such a spectacular bag of treats!

Have you explored the Lil Ocean Explorers range yet?  What do you think of it?

An Imaginary PA for Lysander

[…] and what hasn’t, and took some lovely snaps of the three of them.  We were invited to the Little Tikes Ocean Explorers launch, which I attended alone as the twins had colds, and came home with an amazing goodie-bag!  I wrote […]