Home Twins Days Out in London with 2FOR1
Twins

Days Out in London with 2FOR1

My children were made in London.  The first set of twins were conceived at a clinic just off of Baker Street and the second near Sloane Square; they were born in Greater London and have been raised here, in a corner of London that has woods and fields and sheep as well as London Bridge only twenty minutes’ away by train.  I’m not sure that I’m a ‘city person’, as such, but it’s a good life.  The best of both worlds.

Our parents live on opposite sides of London, with Kirsty’s mum in the North and mine in the South.  Consequently the boys took their first train ride when they were still newborn in order to be introduced to Kirsty’s side of the family.  I remember feeling so nervous about silly things – germs, nappy changes, whether the babies would howl and disturb everyone – but of course it was fine.  They slept and were charming, and I’m sure that most people hopped off the train rather more broody than when they got on it!

Since then they have become rather seasoned train travellers.  They visit Big Ben quite frequently when Lysander has his haemangioma appointments at St Thomas’, enjoy the surprisingly expansive parks and, naturally, have been to Shoreditch to have their pictures taken amongst the incredible graffiti.  They still behave well on the train, particularly if they have plenty of snacks to munch and an audience to play up to.  It always makes me laugh when they beam at strangers and wave, as though they think that they are mini celebrities.  And of course, they are flabbergasted whenever anyone waves back! 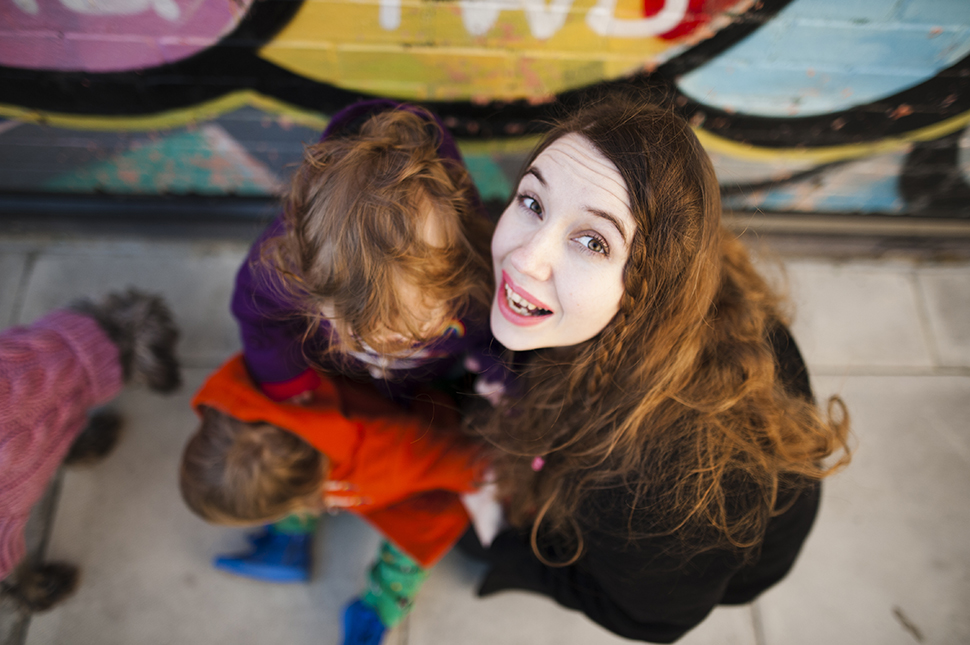 We haven’t done many organised days out with them yet as they were a little young to appreciate them last summer and then the weather has been so vile.  But this summer, before their little sisters are born, we plan to make the most of the sunshine and get out and about.  Thameslink and Great Northern  are offering a two-for-one deal with some of London’s best attractions when you ride their trains, including London Zoo (my favourite) and the Sea Life London Aquarium.  I realised when browsing the 2FOR1 website that the deal also applies to some restaurants as well, which is super handy as we all know how much food costs add to the average day out.

For those of us who live in London already and might fancy getting out of it, the 2FOR1 offer is also available across Cambridge and Brighton.  I love the idea of visiting the Roald Dahl Museum and Story Centre, which would be especially inspiring for slightly older children – or their nostalgic mummies – and the Brighton Toy and Model Museum looks like great fun.

But if anybody wants to treat this mummy to, say, a late birthday present, I hope that they will scroll down to the Chocolate Tour of London.  With the 2FOR1 offer they can even come with me – won’t that be fun!

So what are your plans for this weekend, again?  I’m starting to think that a day out might be on the cards…
Disclaimer: I am a member of the Mumsnet Bloggers Panel, a group of parent bloggers who have volunteered to review products, services, events and brands for Mumsnet. I have not paid for the product or to attend an event. I have editorial control and retain full editorial integrity.

London Zoo is somewhere I really want to explore – everyone in my family has been there except me (and Pip because he was in utero at the time) because that’s where H takes the children when I go to BritMums and the like – my nephew tells me that the penguins are awesome though!