Home Twins Me & Mine in September
Twins

Me & Mine in September

Today the twins turn eleven months and party planning is happening in earnest, with our kitchen stuffed full of crafting supplies and glitter cropping up in seriously odd places.  We were going to throw a Where the Wild Things Are party but as everybody is of the opinion that the twins will love being able to participate in that theme next year, I have reluctantly shelved it and opted for Rainbows instead.  It’s going to be super bright and colourful and I have a fantastic present in the making, which I’ll introduce you to later this month (provided that I don’t ruin it, anyway!). 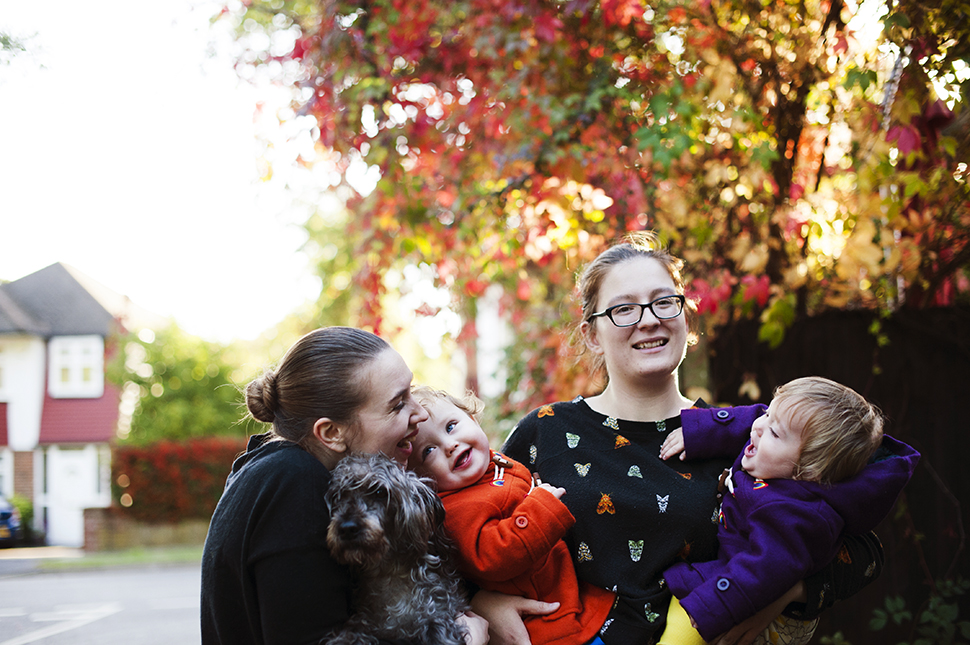 This month has been full of exciting new developments as far as the twins are concerned.  They have standing in common and can each take a couple of independent steps before falling on their faces.  They dance to music, can bounce when asked, show where their nappies are and give ‘high five’s, although Balthazar’s are vastly more enthusiastic than Lysander’s gentle offerings.

Balthazar has proven to be a talented climber, much to his delight and our dismay!  Nothing is safe.  His favourite game is to scale the sofa, stand on the arm of it to reach our laundry rack and then navigate over and on to that.  He says ‘mamamamama’ albeit mostly when he’s hungry and can say ‘baa’ when Kirsty prompts him to make a sheep noise.  He knows his feet and can show where they are!

Lysander shakes his head for ‘no’ and is working on a nod for ‘yes’ but doesn’t quite have it yet – he bobs his whole body rather than his head!  He’s a super mimic and can copy loads of sounds; his first word, predictably, is ‘more’.  He can stack his ring toy, does a fabulous imitation of a fish and can initiate and play an entire game of peekaboo.

The highlight of the month for me was attending the MAD Blog Awards as a finalist in the Best Baby Blog and Best Blog Photography categories.  Alas, I didn’t win either but I did get to party with some of my favourite people, stuff my face with truly delicious food and almost crash a microscooter into the hotel doors racing a ten-year-old after midnight.  There was quite a bit of alcohol, yes, why do you ask?

Kirsty has been focusing her attention on crochet and has been making some fantastic winter items for the tots, which you will see in due course.  She’s also been writing, which always makes me tremendously excited and I’ve already planned out our incredible new future when her novel is picked up by a major publishing house and she is transformed into the next J K Rowling, right down to naming the horses in the paddocks on our Wiltshire estate.  It could happen!  When she’s not super busy with creative pursuits she’s turning our little home into a safe space for two very mobile little people.

One of my favourite developments of recent has been the twins’ relationship with our little dog, Josephine.  Truth be told she has never been particularly impressed with our additions to the family and has been reluctant to engage with them in any way but recently she and the twins have engineered a little game involving her cuddly toy,  That F-ing Mouse – named because it’s the only soft toy she’s ever been interested in games of ‘killing’ – and when they take it and wave it at her she does grab the other side and play little games of tug.  It’s all very supervised and we’re always within touching distance when they play, as even the most sensible dog can be unpredictable, but all parties seem to be enjoying the game and it’s great to see ‘the kids’ getting along. 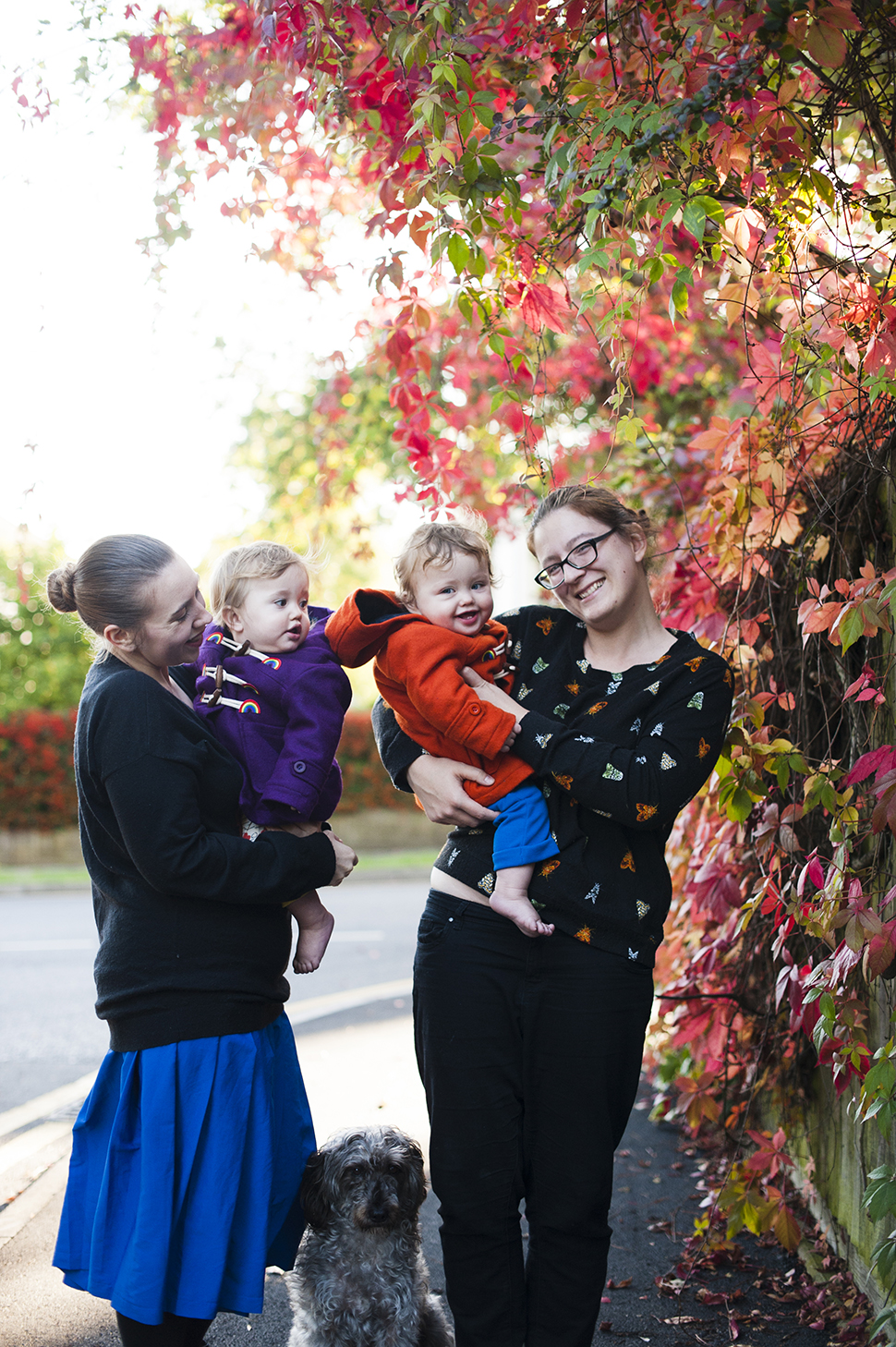 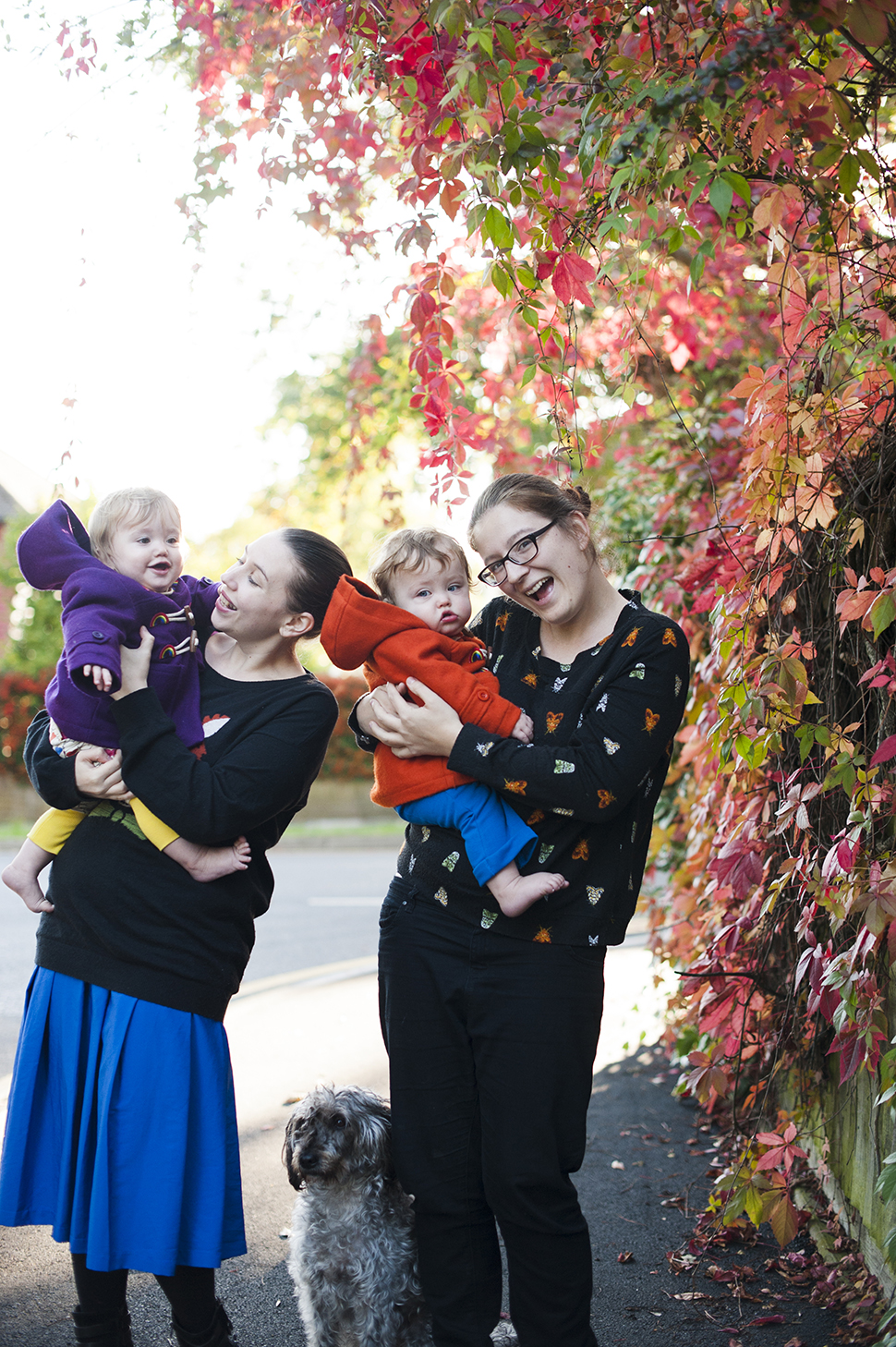 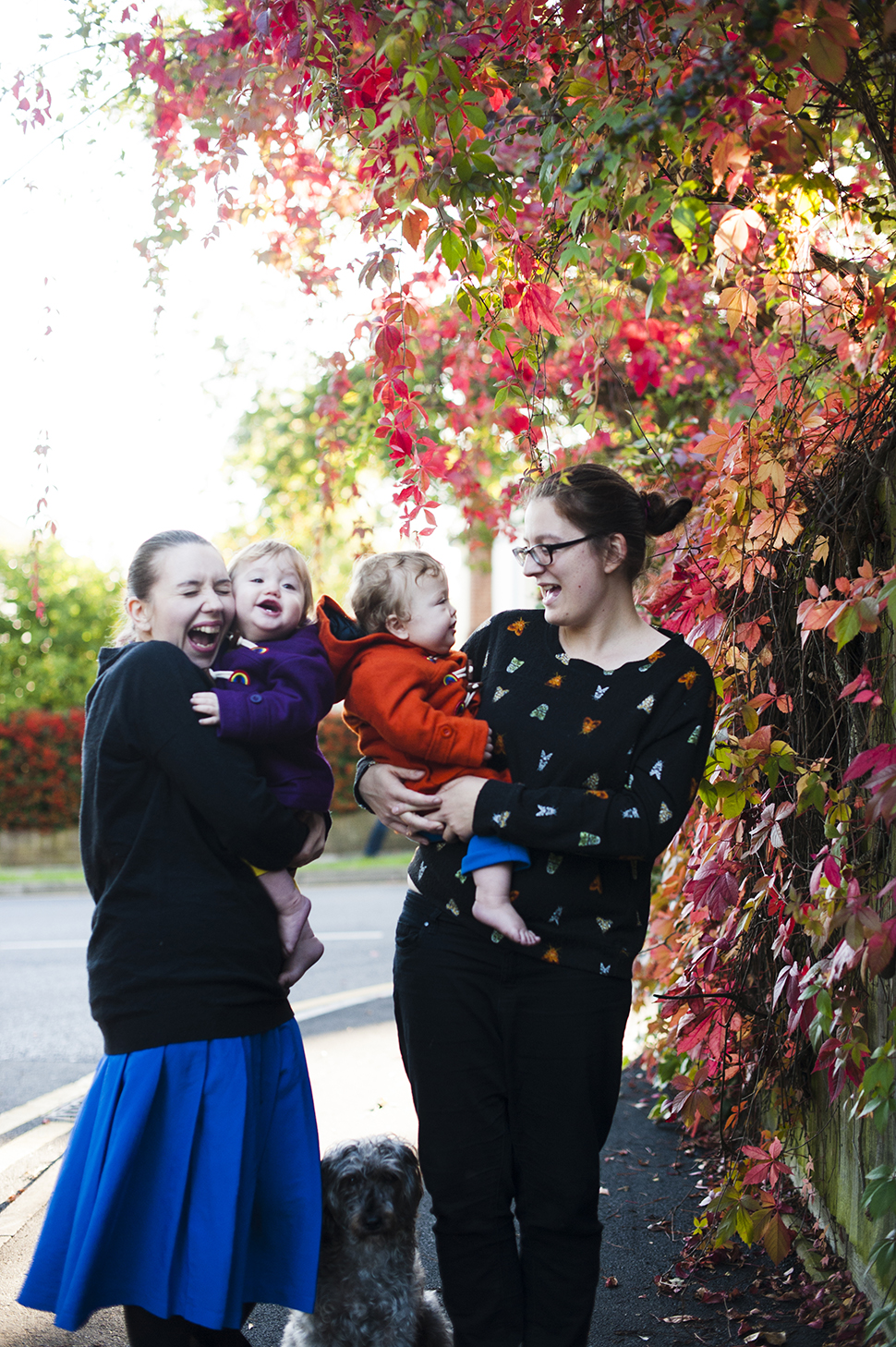 What the Twins Wore For: Autumn (Bonnie Mob)

Such wonderful pictures huni. Your boys are gorgeous xx

It’s the first time I have come across your blog and the photos are stunning. I can see why you were a finalist in the photography category. I love what you call your dog’s toy, that did make me chuckle. Good luck with the rest of the party planning. #sharewithme

Oh these made me giggle – the boys are showing more and more of their personalities in pictures nowadays and they’re just adorable. It sounds like party planning is going very well and I love the rainbow theme, it’s going to be awesome!