Home Twins Me and Mine in September 2016
Twins

This is the last family update in which I can call ourselves a family with four under two because in one month our little boys will be celebrating their second birthday!  Crazy; where has the time gone?  It seems strange to me in retrospect that this time two years ago we were on the edge of our seats, expecting a birth ANY MINUTE NOW and with no idea that actually I am the World’s Longest Gestater (TM) and actually, my uterus is more than happy to hang on until my babies are, to be honest, a little overbaked.

September has been all about acclimatising to life with four under two and continuing to find our balance.  Our new little girls have proven easy so far, as far as babies go, but adding two new dependents into a family with small twins already has made for a lot of extra work and a massive adjustment for the boys themselves.  This month we have begun to find routine, to know what to expect in a typical day.  I think that the boys no longer remember a time without their sisters; they are keen big brothers but the girls are no longer a novelty and to be honest, that has made things a little easier.  Now if only they would stop lovingly stroking and kissing them when they are sleeping, we would be gold!  Kirsty struggled a little at first with needing to divide her time between four rather than two as she was so used to giving the boys a half of herself each, I think, but with plenty of babywearing to keep the little girls happy and lots of exciting new toys and books for the boys, she is managing to satisfy everyone AND find a little time for herself.  I always know that things are becoming right in our world when she picks up her knitting needles and right now there is a half-finished silver cardigan atop of our kallax unit and the collar of what will be a coral and white jumper for Balthazar.

As for me?  Still finding that balance between work and family, especially as work is a little more full-time than usual at the moment and I’ve been spending part of my weekends in the office.  I am so fortunate though in that I love my job, so whilst it stings not to be with the children, it has been wonderful to watch first-hand as new developments in the office take shape.  I was worried that my return to work would mean the end of my breastfeeding relationship with the one child of mine who actually wants to breastfeed (the other three have always fought vehemently for bottles!) but with some effort on my part I’ve been able to express for both girls during the week and then resume breastfeeding at the weekend.  That is a topic for another post though. 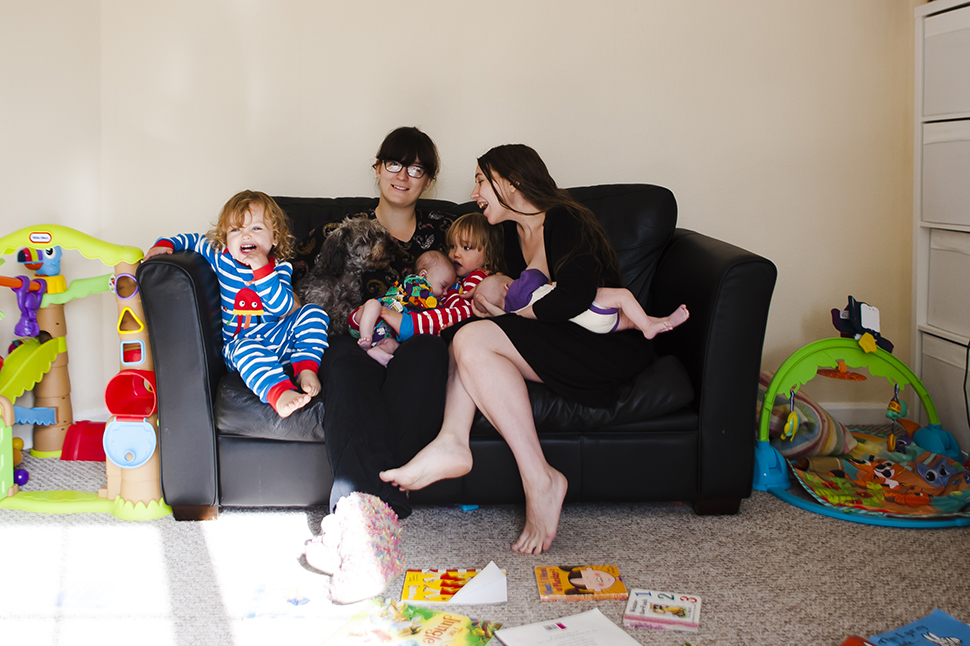 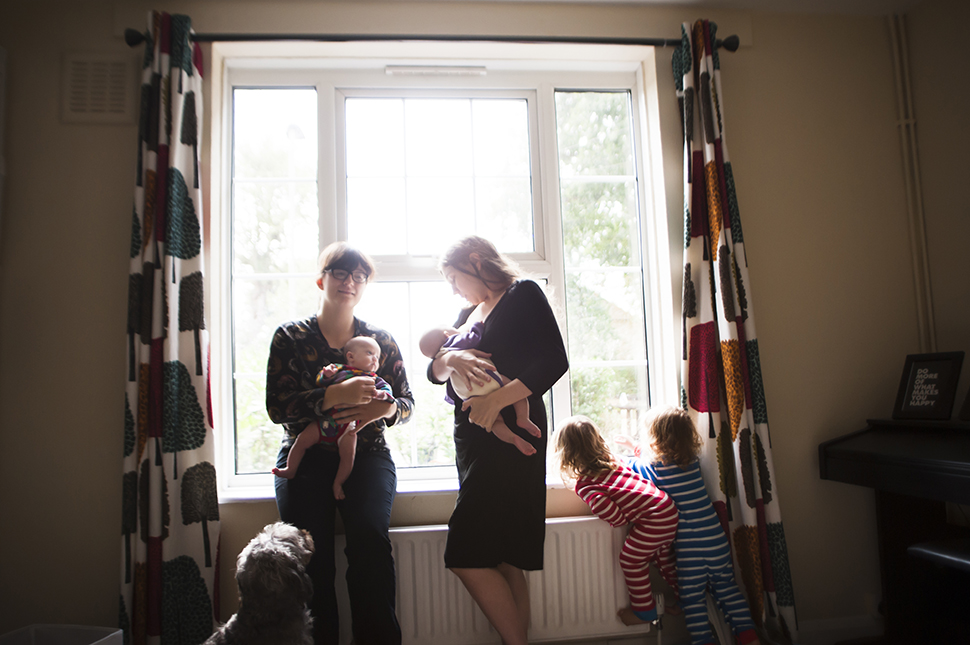 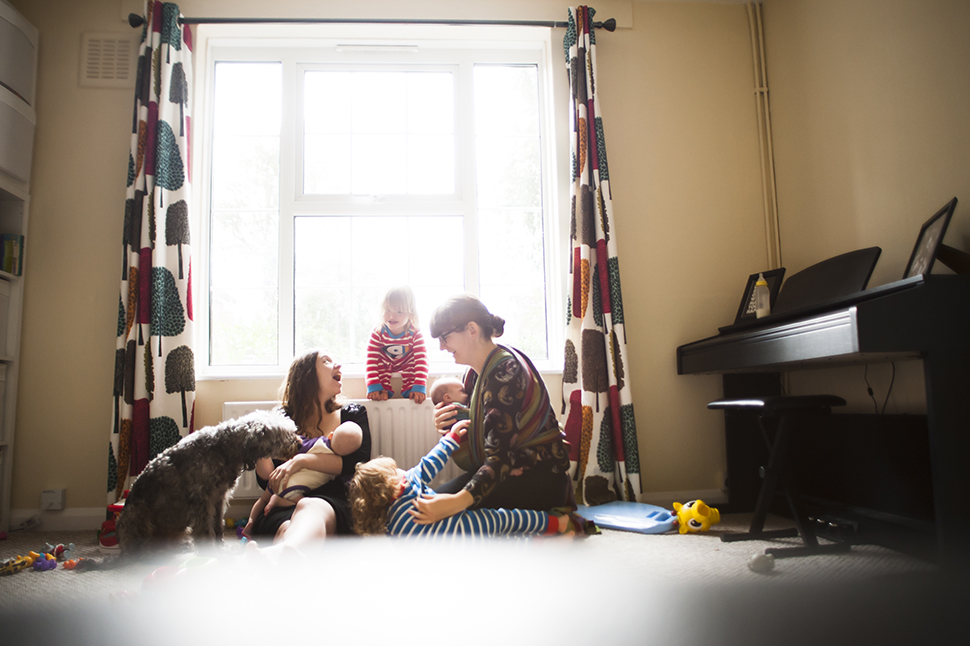 These pictures feel very real to me, especially the ones where the seven of us are squashed up on our tiny two-seater sofa.  I spend a ridiculous amount of time trying to work like that on the weekends.

My primary goal for this coming month is to do a little more with my family.  Our office move has just concluded which means that my weekends will be spent at home, meaning that I can take the boys on little adventures one at a time and focus on being more hands-on with all of the children.  The boys’ second birthday is coming up at the end of the month and I would like to start planning a little something for that, and of course there is Halloween to look forward to as well.  This is the first year that we’ve been able to really participate in activities, although I’m still defining ‘participate’ rather loosely, and it’s such fun to watch them joining in.

And I’d like to spend a bit more time with my lovely Kirsty.  I think that we are both a little lonely for each other right now.  The boys fall asleep by about seven and the girls are no trouble really, but then we have so much to do that we end up ignoring each other in favour of practical tasks.  I’m thinking of scheduling a regular ‘date night’ just to commit us to something.  Just an evening of chatting indoors would do.

So that was our month!  How was yours?

A Birthday Letter: To my Boys, on the Cusp of Two

The whole concept of four under two literally blows my mind but you guys look like you’re acing it! x

What beautiful real photos and I am so in awe that you are breastfeeding twins whilst working full time. It sounds like you are both finding a balance and I hope it continues to get easier.

What gorgeous captures of your stunning amazing family. I love you have two sets of twins. What an experience and journey to be on. You are like super parents I swear. So impressed with all you do. Your cute little boys are growing up so fast now they are next to newborns. It’s funny how that happens. Gorgeous captures this month as always. #meandmineproject