Last year the Siblings Project was one of my favourite monthly round-up linkies. The premise is simple: on a set day of the month (the 15th) I’ll share some recent photographs of all four of my children, with little updates and anecdotes about their siblingly relationship and what they’ve been up to. It’s lovely to have a visual record of what the children looked like on a month-by-month basis and to marry that up with tales of their unfurling bond.

With that in mind, I didn’t post my December Siblings Projects images because I was on a bit of a break at the time, so let me do that now. 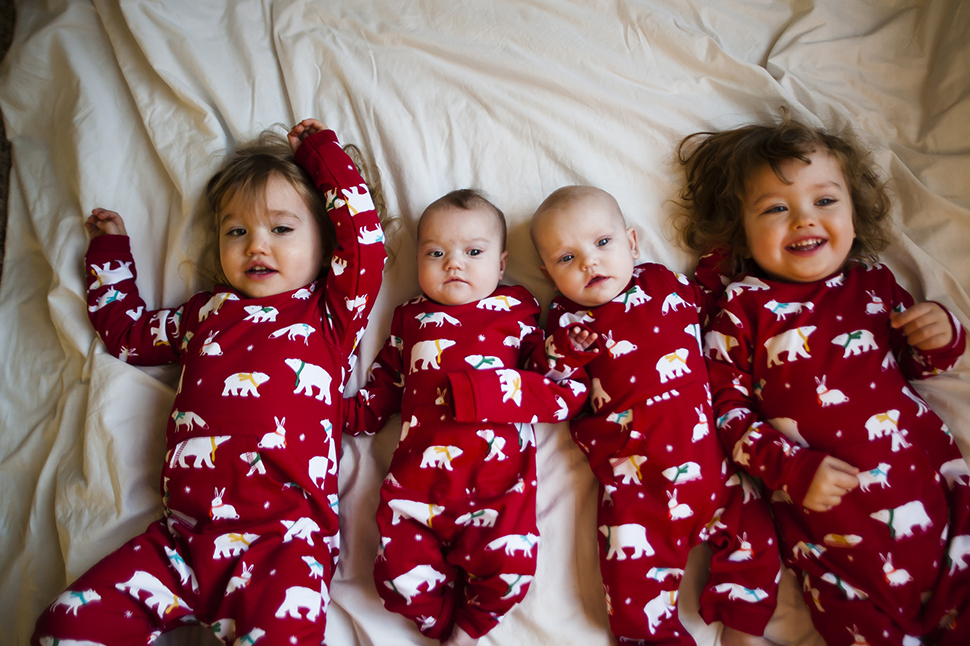 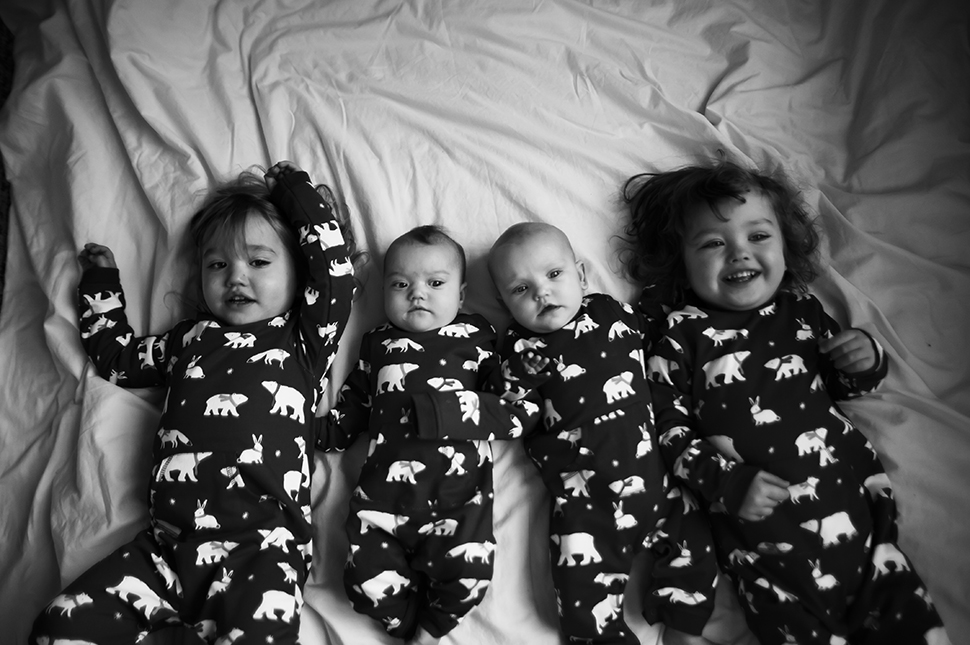 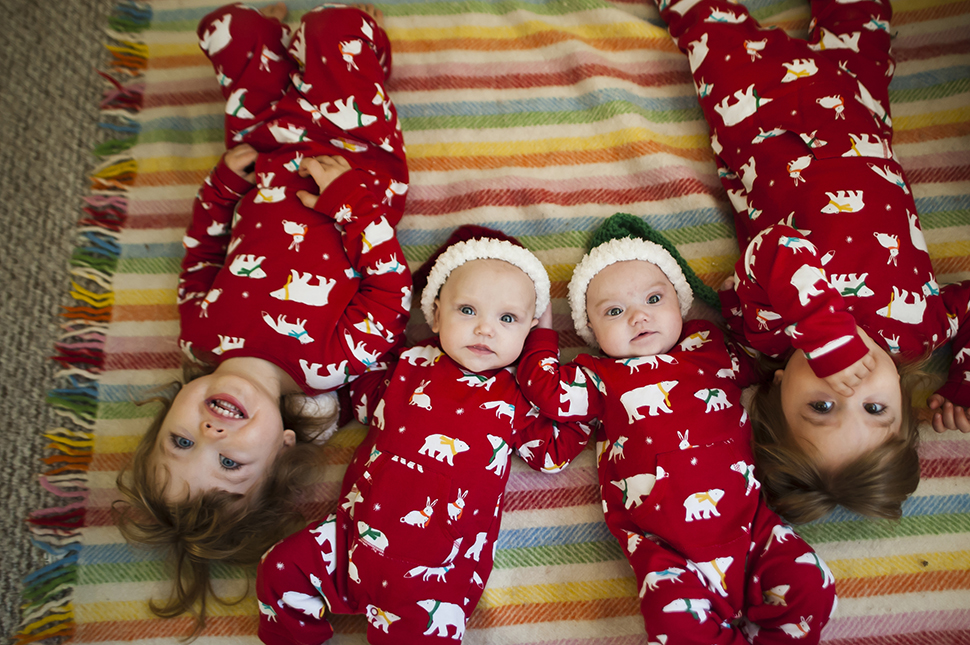 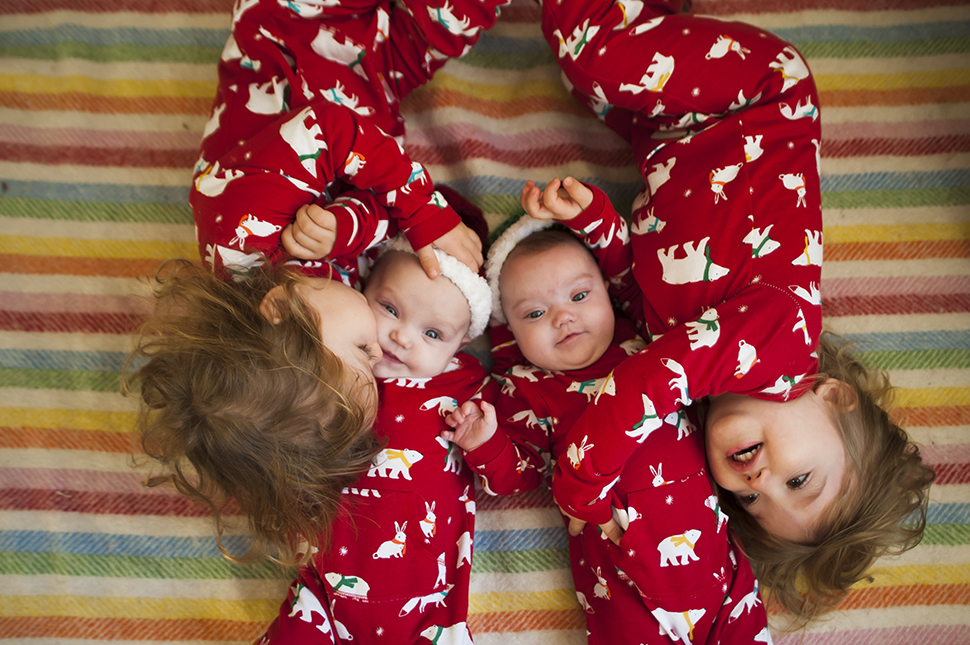 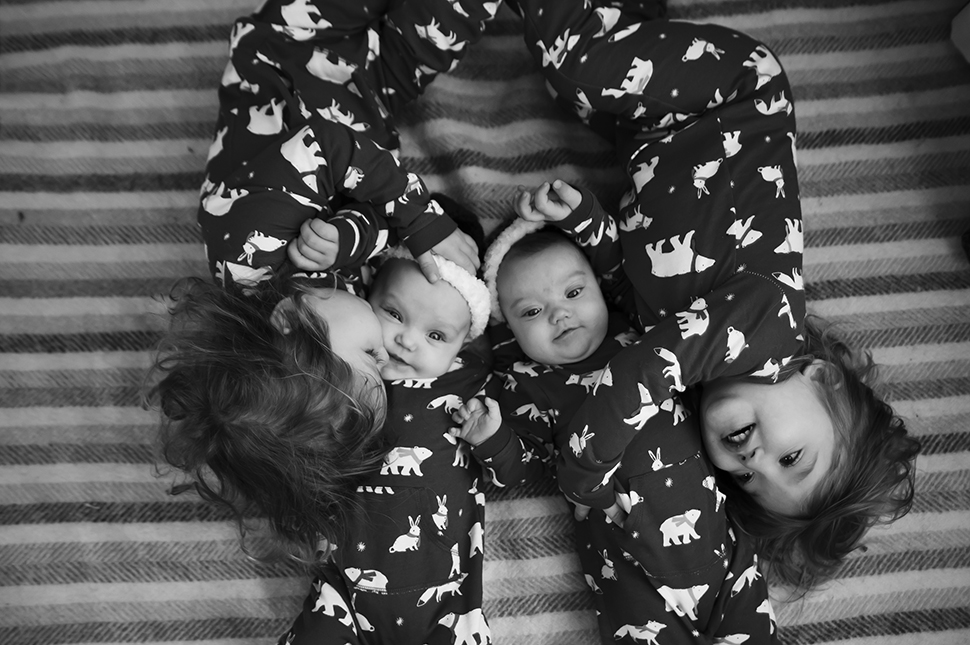 And here they are in January. My four cheeky tiddlers. And how far they have come since this time last year, when I announced my pregnancy in the first Siblings Project post of 2016. 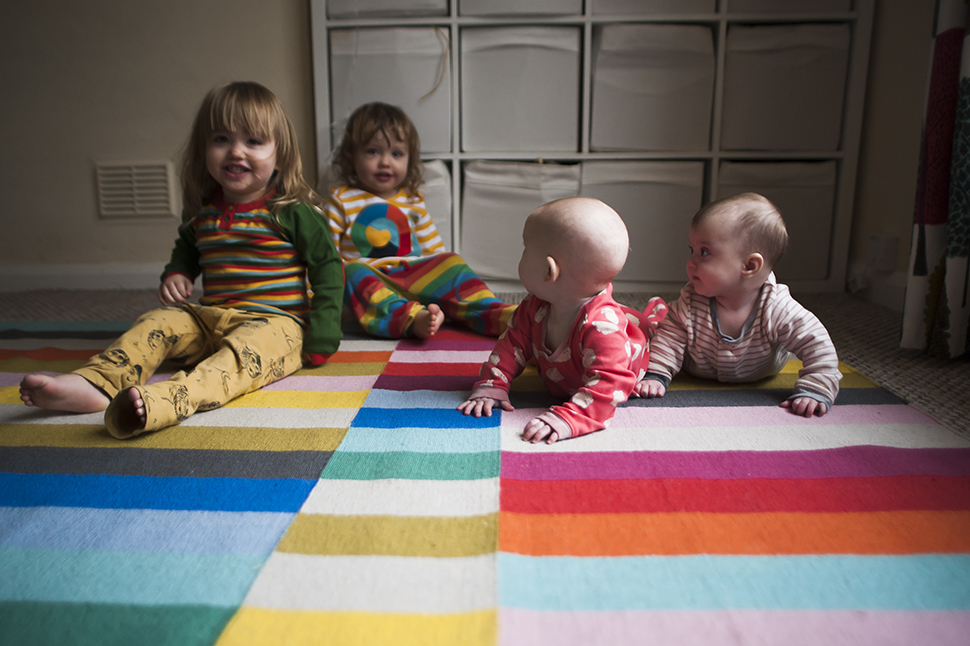 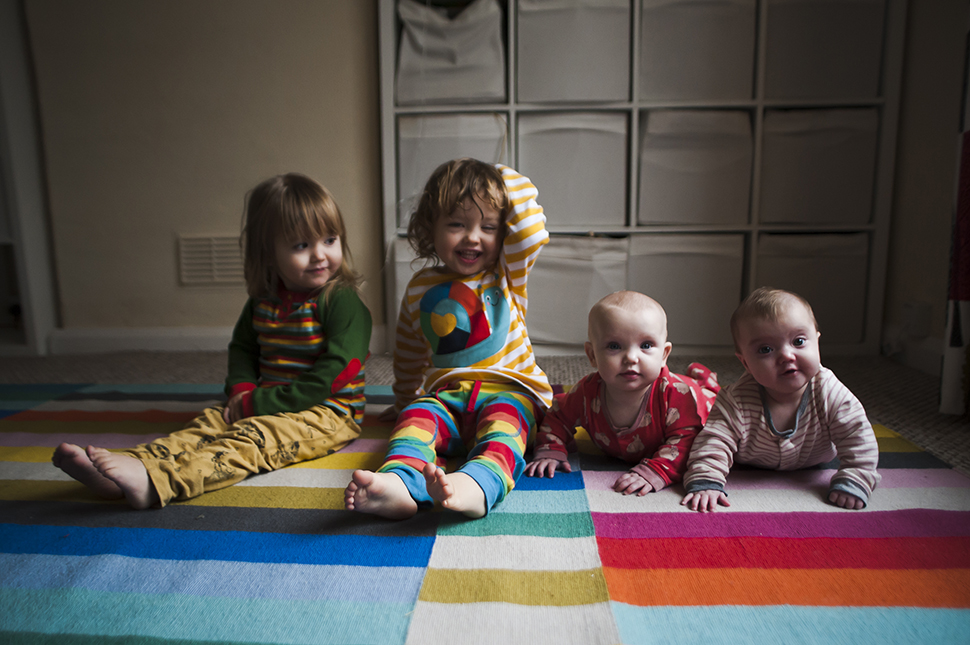 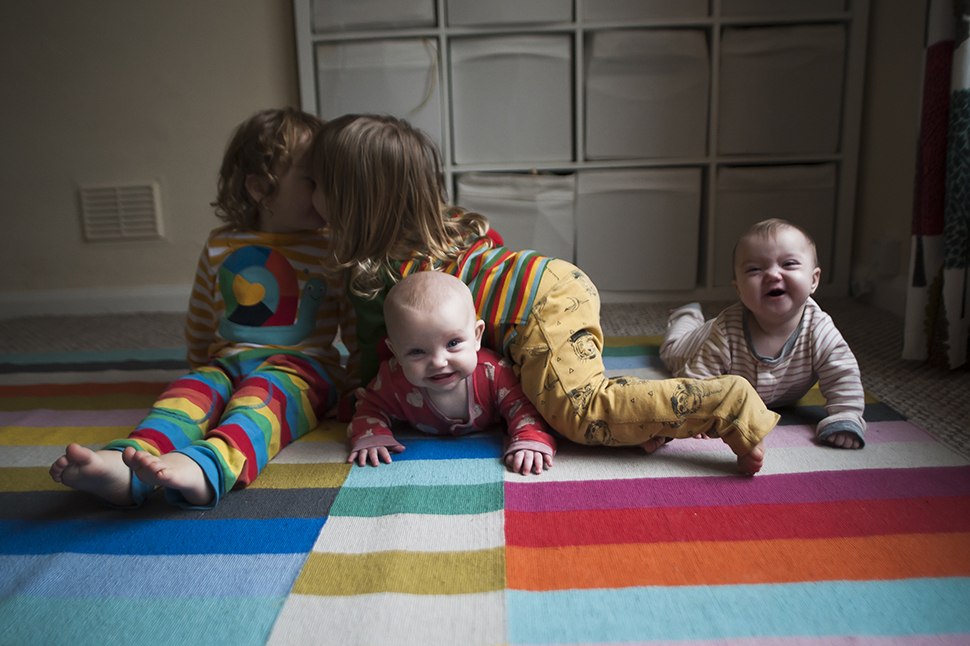 The development of an actual relationship between the four of them is actually quite a new thing. Naturally the boys themselves are terrifically bonded to each other. After two years of rarely being apart they are both the best of friends and the worst of enemies, they fight like cat and dog – and they bite! They bite! – but they will also share with each other generously, and recently Lysander stumbled upon the opportunity to hide away with a packet of flying saucers and eat the lot, but gave himself away by bringing a fistful to Balthazar, who was in the kitchen with us at the time: “Here y’are, Zaza, here y’are!”. We melted.

Introducing a second set of twins to our family has certainly changed up the dynamic. I remember holding the girls, an hour or so old, and marvelling at how my baby boys suddenly seemed so BIG, how their hands and feet were like a giant’s hands and feet. And feeling so nervous in case they trod on their sisters, or fell on them, or harmed them in some way. It seemed as though it would be forever before they could interact in a symbiotic way, and yet today they are friends of sorts, they look out for each other. And the boys didn’t break the girls after all.

Our little Olympia has learnt to crawl already and Embla isn’t far behind, and I credit the boys for their motivation to be up and about; all the girls want to do is follow them, to do what they do and to play with their toys. This has evoked mixed reactions from our toddlers: they are at times quite entertained and flattered to receive such attention. Balthazar in particular tends to pause in his play to kiss a small head or two every so often, both are demanding of ‘cuggles’ on a not-infrequent basis. Polly has a soft spot for Lysander – because, ironically, he is the less-invested older brother and not so inclined toward squeezing her! She lights up whenever he glances in her direction.

You know, there was a time, for about the first week or so after the girls were born, when I thought that I was done with having children. Done done done. Done. But the more that I watch our fearsome foursome together, the more it seems that somebody is missing. Olympia, our youngest, has a special nickname, I’ve always called her my end-on-a-high, but I don’t think that she is the ending. We are not yet complete. When I visualise my teenagers in the future, my sons and my daughters sat in our garden arguing into the night long after we have retired to bed, there is another person sat with them: a son or a daughter, only slightly younger, straining their mind in an effort to keep up. And I want that person. I do.

We have two blastocyts frozen from the round in which the girls were conceived and I can’t quite get those tiny balls of cells out of my mind.

So Now You Are Two

A Letter to Embla and Olympia, Six Months Old

Amber there are no words good enough how adorable your handsome foursome is! and those smiles you captured are amazing! Its just pure joy seeing all your pictures pop up on my insta feed! #thesiblingsproject