Siblings Project in May 2016

It’s the fifteenth of the month and so it’s time for another Siblings Project update. We actually snapped these pictures late yesterday afternoon in our new lovely little garden, when I was waiting to hear if one of my closest friends was going into labour (I’m hoping to be her birth photographer). She didn’t, but I thought these pictures were quite sweet in spite of the lack of effort that admittedly went into them.

I’m struggling with photography a little at the moment – it’s the getting down on their level. I can do it (just) but then getting up again is a whole separate adventure. And chasing around after them is virtually impossible. I feel a little guilty as documenting their lives is supposed to be ‘my job’, as much as it can be when I have another, full-time job, but I’m trying to let go a little and lean on Kirsty, who says that she doesn’t mind even though she always does SO MUCH to keep us all centred and together. The third trimester is hard when you have toddlers; I’m not much good at picking them up and cuddling them any more either, and rubbish at playing on the floor with them. Mostly I just want to fat about on the sofa until their little siblings are born.

I’m trying to take it easy. And to be kind to myself. The worst thing that I can do is ruin my body chasing around at home and not be able to work until they’re born.

But this is supposed to be a Siblings Project update.

The big two are eighteen months old now. We’ve just moved to a bigger place where they’re not constantly on top of each other, and it’s so sweet to hear them call for each other when they end up separated. When they ride together in the pram, Balthazar will rest his head on his brother’s in the pram for comfort. He brings Lysander matching toys to his own so that they can play together – or not together but in close proximity and without having his own toy taken. He’s not the only considerate toddler – Lysander brings his brother shoes when he wants to go out in to the garden.

We just won’t talk about the biting. Consider it not even mentioned. Eighteen months is fun.

As for the other little siblings, I’m almost thirty-one weeks along now. They seem like active, happy little souls. When one is awake so generally is the other and they kick and squirm more than their brothers ever did. At the moment they’re breech and I’m desperately hoping that they decide to turn around so that I don’t have to make any difficult decisions. Whatever happens, it’s only a couple of months now until we can introduce our four little loves to each other. 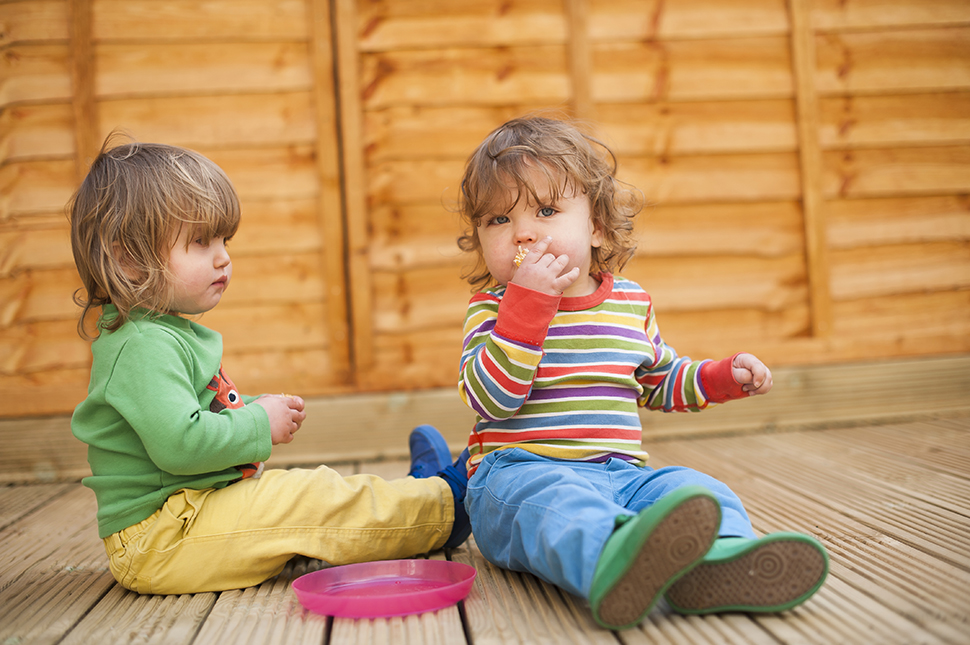 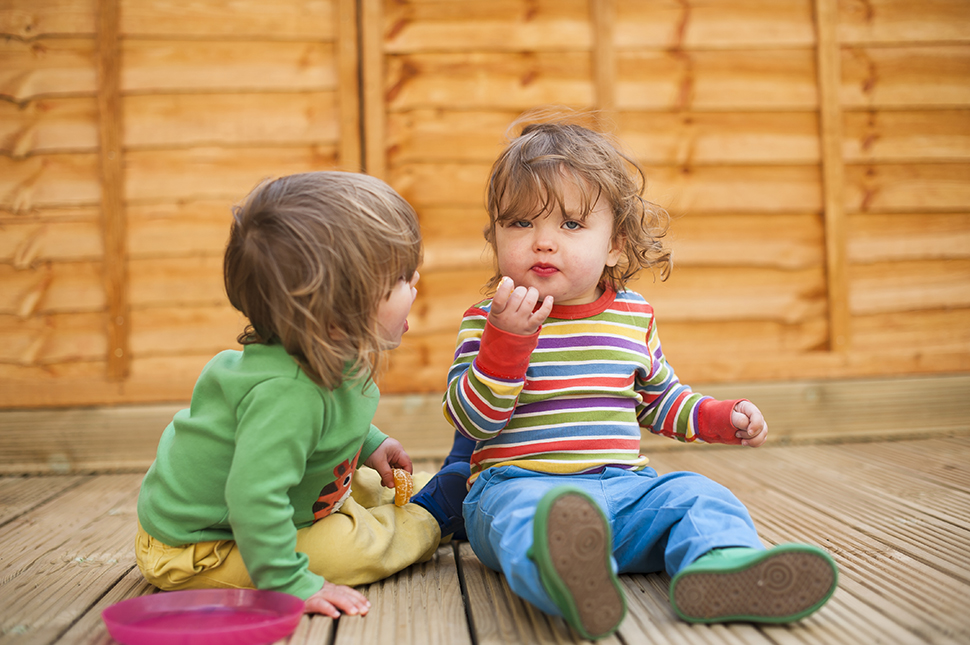 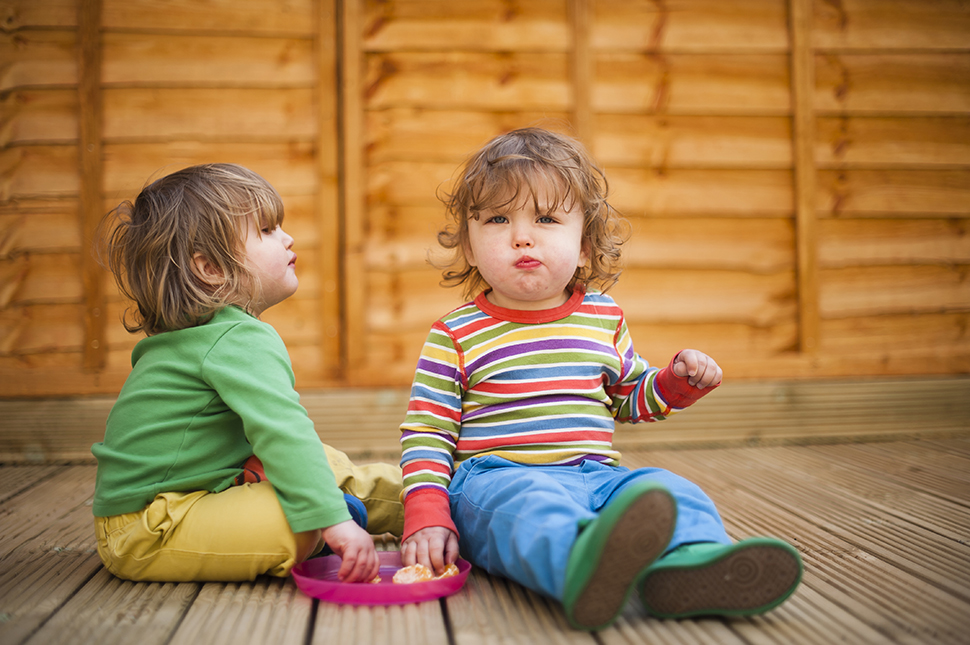 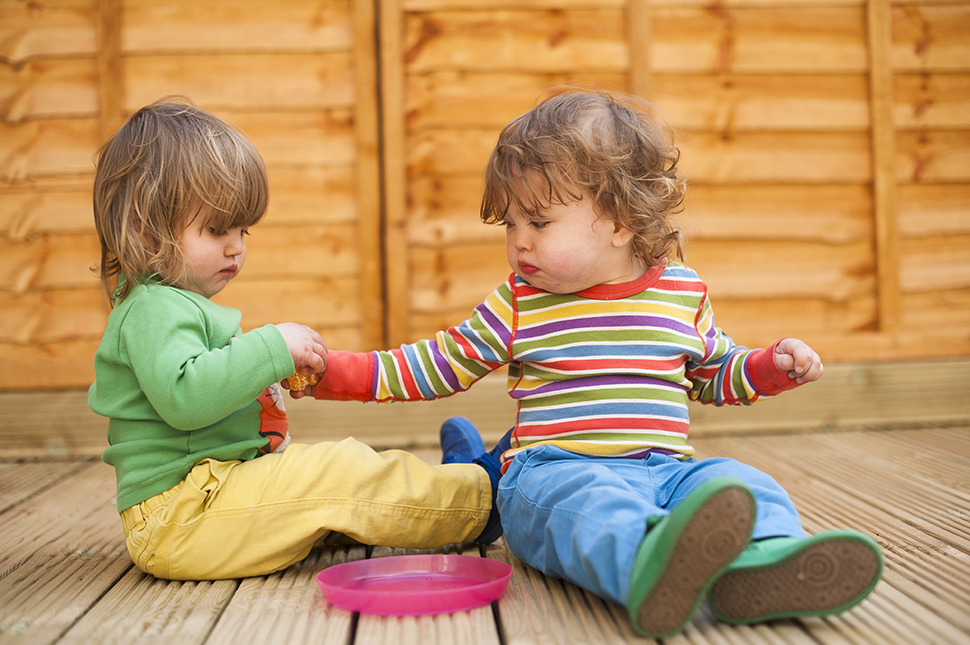 A Swimwear Review with Frugi

These two are so gorgeous! Hope your little ladies turn soon so you can get that home birth!

They look so happy in each other’s company, so relaxed and content. Beautiful photos x

Such sweet photo’s, it must be so hard having two lively toddlers around whilst carrying two lively babies and being kind to yourself at this stage sounds like the perfect idea X

Aww the boys are adorable – and don’t worry about the biting, the novelty of it wears off pretty quickly! They do sound like they’re so incredibly sweet to each other – and I’m sure they will dote on their baby sisters in 9 weeks (give or take a bit!)

Your little boys are so cute! I absolutely love your photographs, you’ve got such a talent!

Oh gosh, your twins are growing to be just as adorable toddlers as they were babies! Lovely photos x