A Disappointing Experience with Smokers at Café Rouge

This week I cleverly scheduled a week off of work to coincide with the twins’ birthday party last Sunday and first birthday tomorrow.  Unbeknownst to me it also coincided with Witching Week (AKA the clocks doing their thing), revolting colds that necessitated the cancellation of their party and Teething from Hell.  It has not been the best of weeks, although like any week at home with my family there have been glorious little shining bright points and I wouldn’t have traded it for a week in the office for the world.

By Monday afternoon the twins were feeling quite a bit better and on our way back from walking the dog that afternoon we thought that it might be fun to stop off at the High Street for a fancy lunch.  We’ve been counting out pennies recently and don’t like to spend much on eating out but after a rubbish weekend of sickness and no party we thought we would treat ourselves.

Chislehurst High Street is lovely for eating out – as well as many chain restaurants there are lots of gorgeous little independent places.  We needed somewhere with outside space as we had Josephine-dog with us so we decided to sit in the adorable courtyard at Cafe Rouge.  It’s one of our favourite little spots on the high street as it’s almost completely enclosed and great for people-watching, plus on this occasion it was empty.  With the help of some sweetheart waitstaff we settled in, ordered our drinks and had fun playing with the little ones and indulging in a spot of photography.  As I say – we don’t get out much! 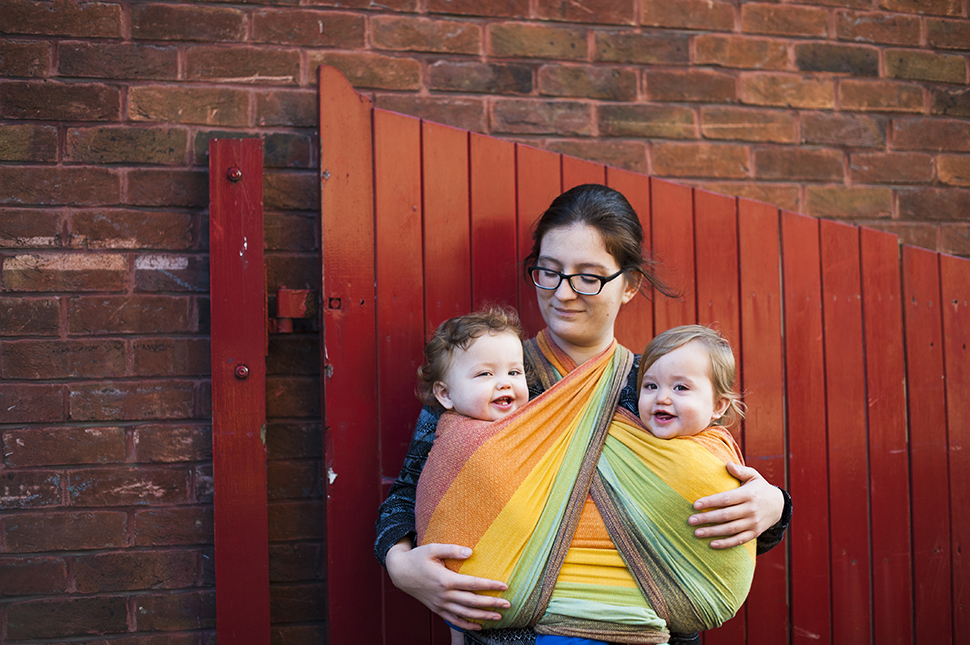 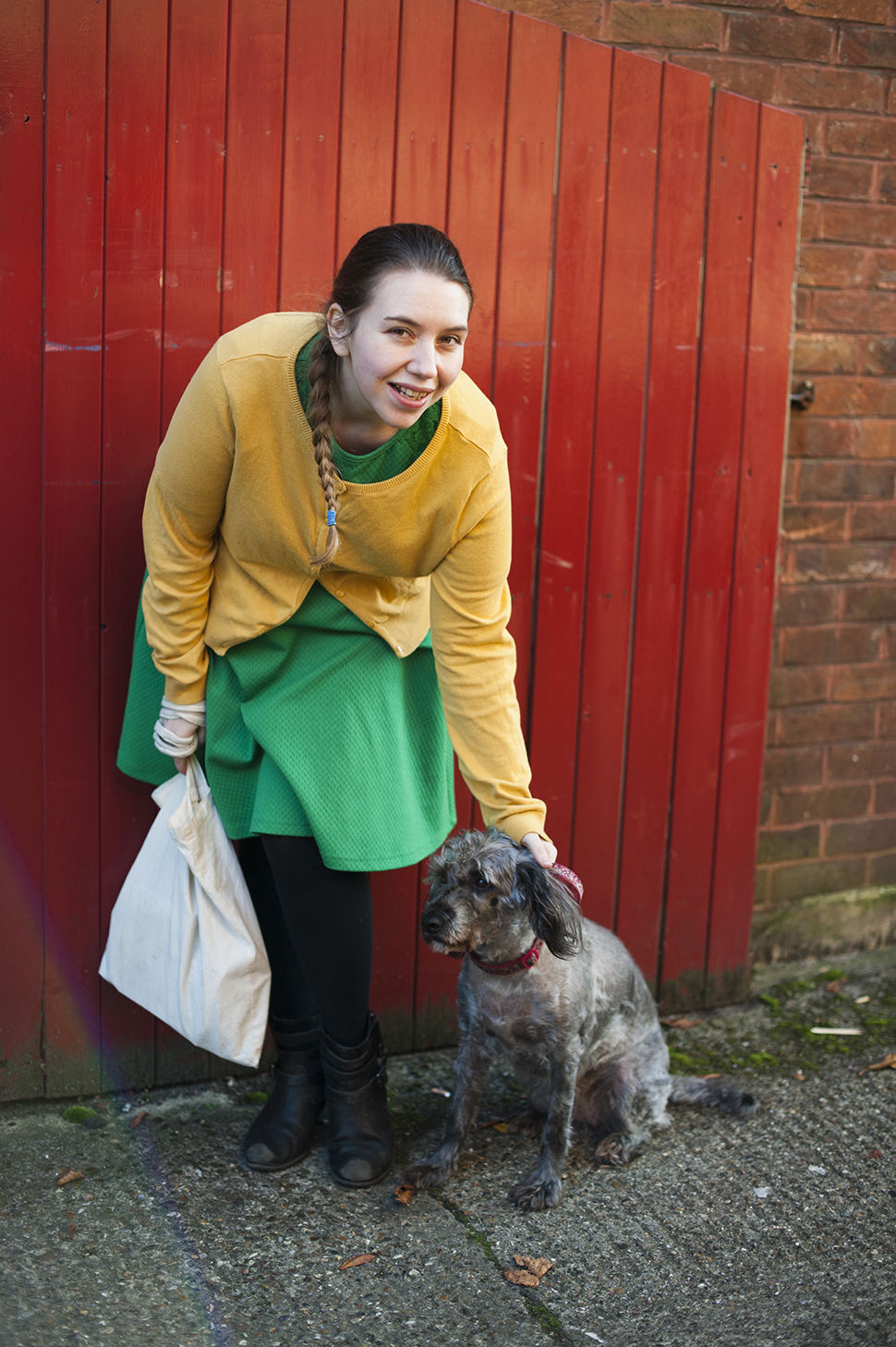 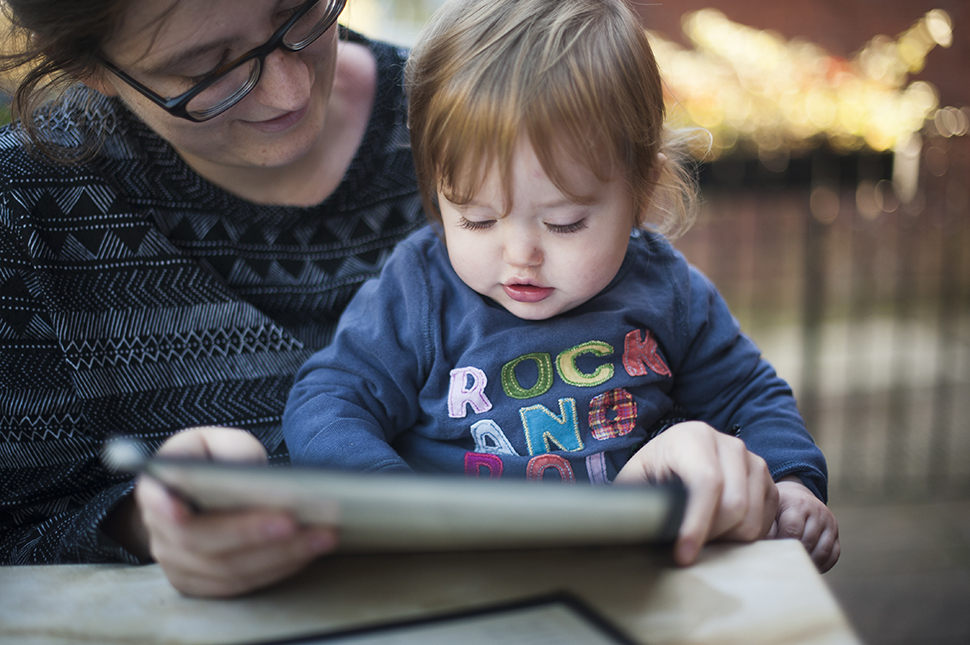 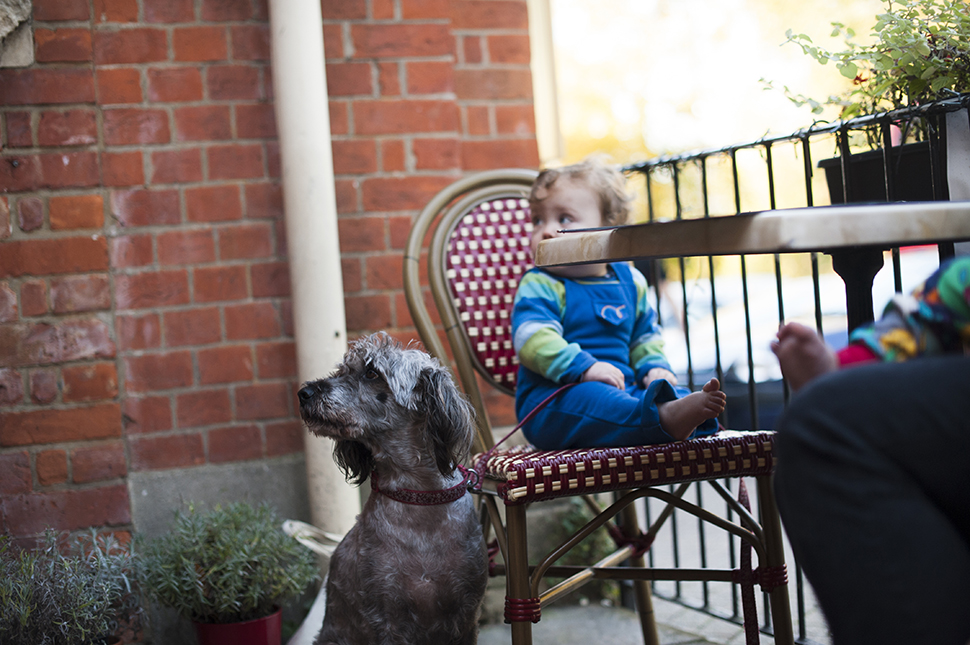 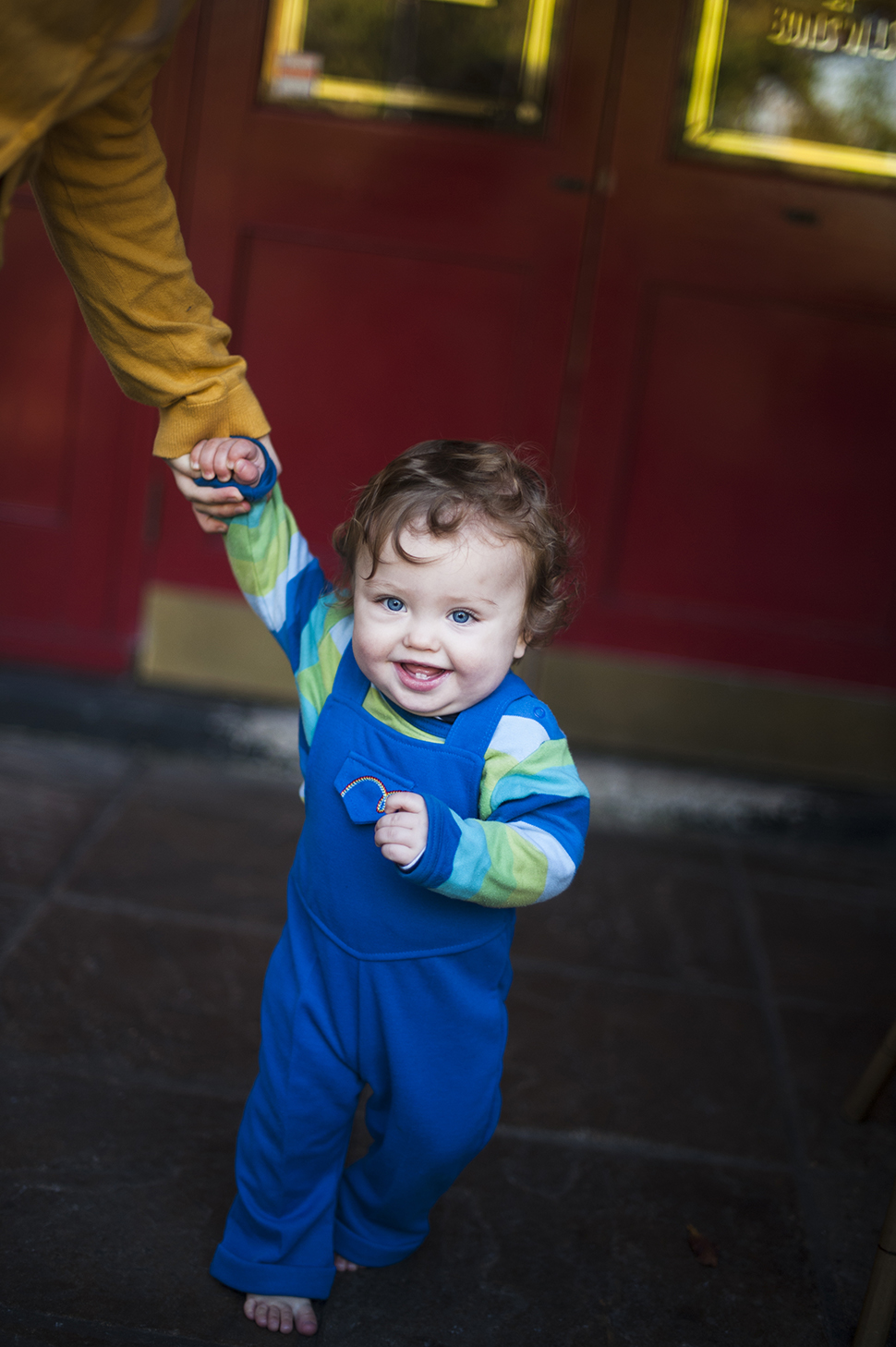 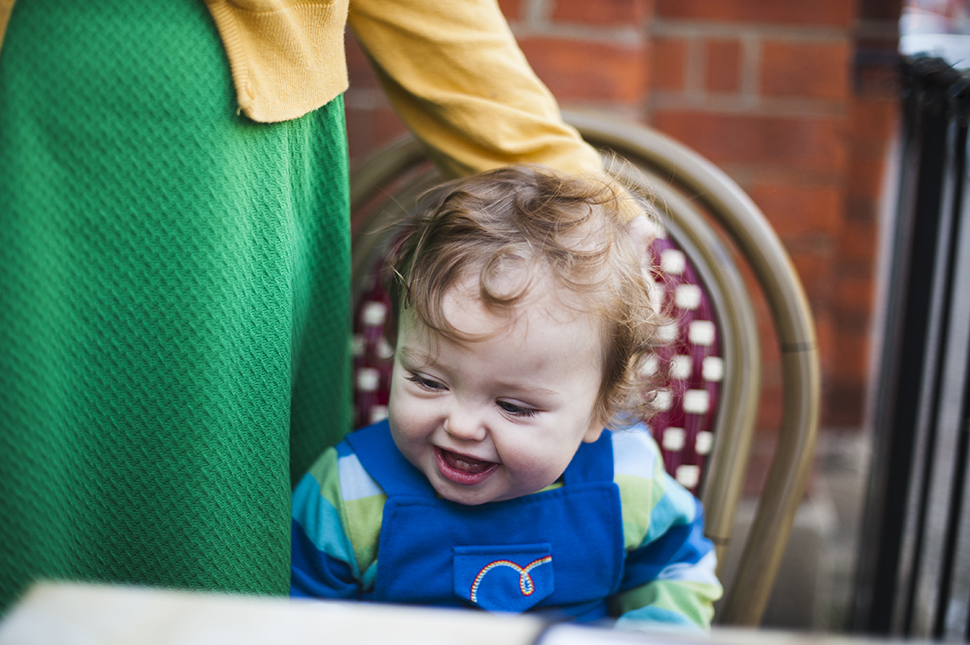 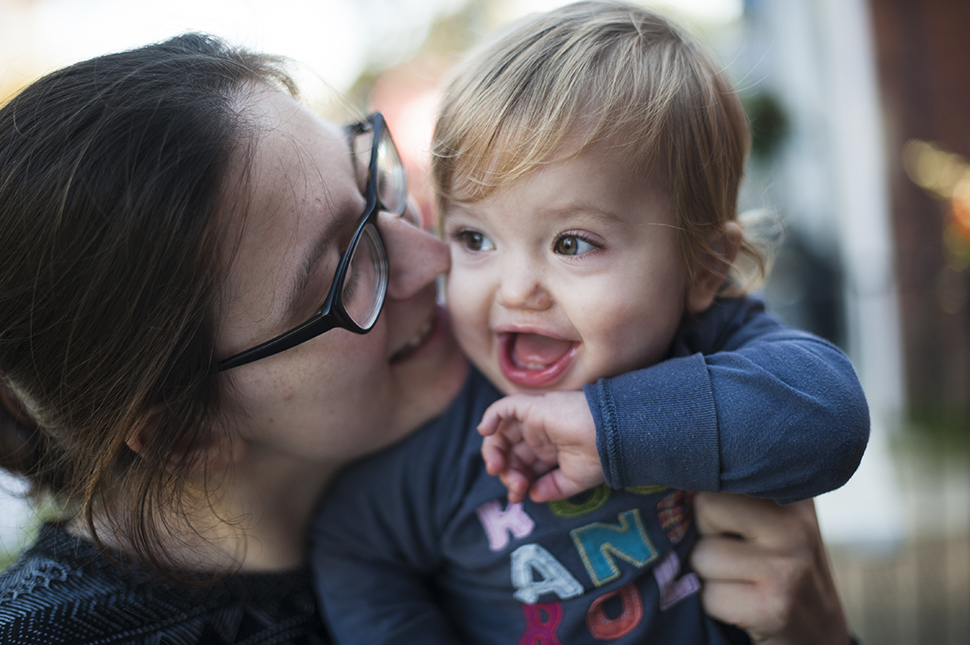 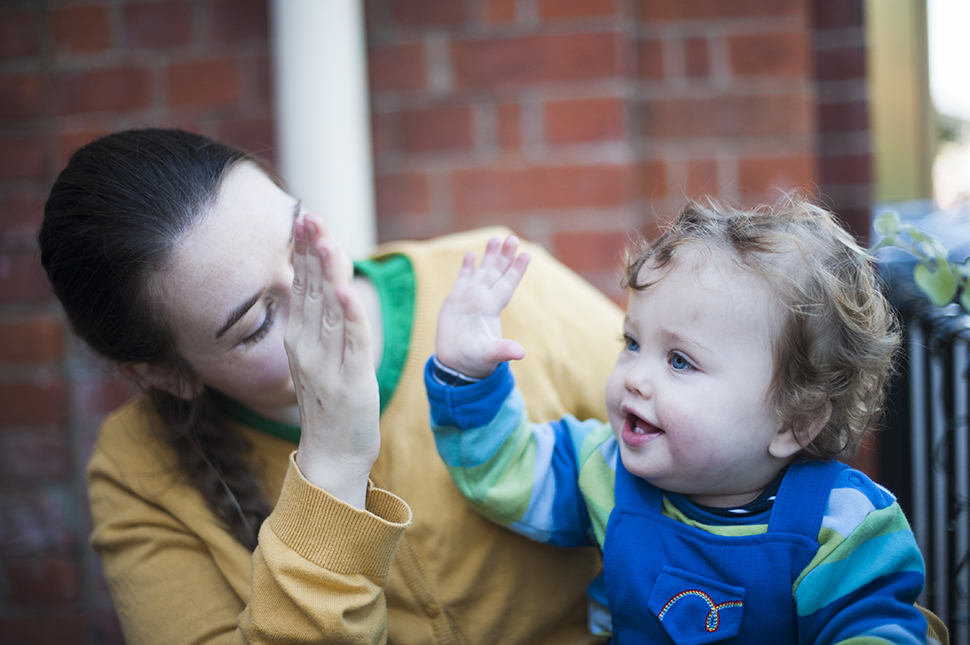 We were enjoying having the little space to ourselves so we were a bit put out when a chap came and sat down at one of the other two tables and proceded to have a loud conversation on his mobile so that we had to raise our voices in order to talk to each other over him.  Not very good manners.  Still, you can’t tell somebody off for using their mobile phone so we tried to just pretend that there wasn’t another person within touching distance bellowing into his mobile whilst we chatted.

Knowing that the twins were ravenous we ordered a tonne of food and were looking forward to eating it when a second gentleman joined the first and they both lit up cigarettes.  Within touching distance of the babies.  Now I know that technically one can smoke in these spaces but what kind of person, knowing that they are going to want to smoke all over their cappuccinos, chooses the space already populated with two infants in which to do it?

I was shocked.  I turned to them and asked “Are you going to smoke those?  Here?”  And one of them replied rather brusquely “Yes!”

At which point we removed ourselves, I went inside to pay for the drinks that we had ordered but hadn’t yet managed to drink, and we left.  The very kind waitstaff didn’t charge us for our meal as it hadn’t been ordered long, and also offered to tell the chaps that they couldn’t smoke, but I didn’t fancy sitting next to them to enjoy our meal after that.

What do you think?  Is it the height of discourtesy to light up a cigarette right next to somebody else’s children or am I being a special snowflake?  I counted no fewer than six other spots on the high street where they could have chosen to smoke over a coffee without my children inhaling their carcinogens.  I’d love to see restaurants ban smoking even in outside eating areas – families use that space too!

I really wanted my tarine piperade and fries and my fondant aux chocolats as well!  It felt like quite a let-down to eat chips in the park instead. 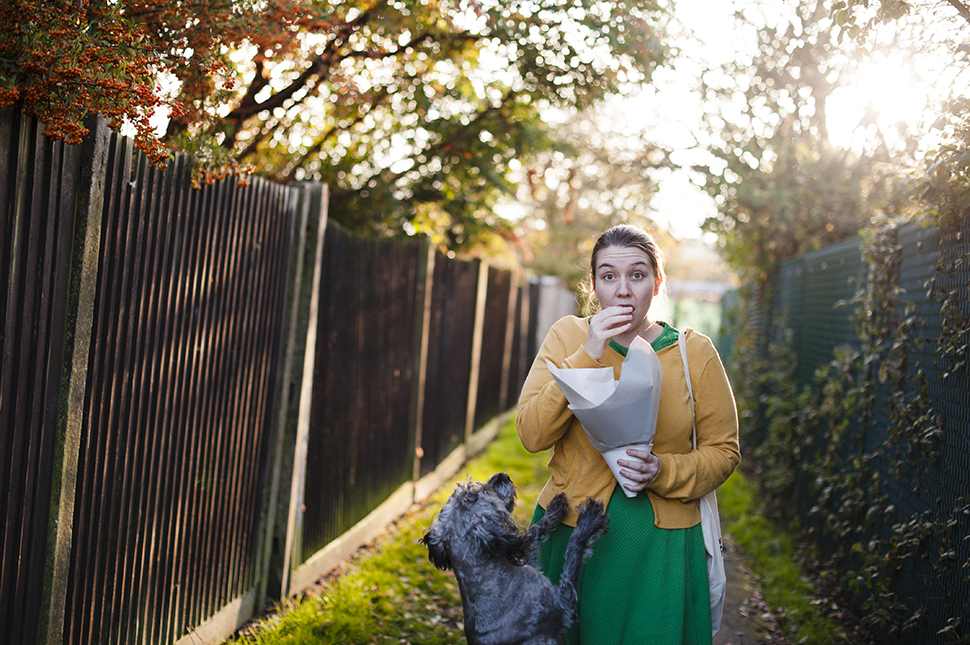 What the Twins Wore For: Halloween

I think smokers (and I’m speaking as a once smoker and now occasional social smoker who still has a family full of smokers) see these kind of outside areas as their territory, and if you’re sitting there then you must be OK with it, or you’d be sitting inside. There is definitely a lack of thought with regards to smoking around children and in family spaces. Usually this sort of thing is more common in pub gardens, I wouldn’t be expecting this so much in a restaurant – lots of eateries have a no smoking policy even in outside dining areas now. I think smokers should have to go to a designated place, away from other customers. Sorry you didn’t get to enjoy your meal.

Well I find having other people children making noise around me having my coffee way more disturbing that someone else having quietly they cigarette. If I decided not to have children, why would I have to put up with they loud crying, non sense acting, and misbehaving while I drink my coffee?