Home Twins Young, Gay, Afraid? You are Not Alone
Twins

Young, Gay, Afraid? You are Not Alone

Falling in love with my best friend – my female best friend – rocked my adolescent world. I think it might also have saved my life, because I was such an unhappy child before that time, but it set me on a path that I had never anticipated and would never have chosen for myself. It set me apart from the friends I had at the time, friends who already viewed me as a bit of a wild card, whom my teachers had warned against me lest I damage their own reputations. It made me different – more different, I should say. Them, with their happy innocence and celebrity crushes on Robbie Williams and Eminem. Me, barely present at the best of times, suddenly giddily head-over-heels with a girl they didn’t know, didn’t want to know, and with even less of a reason to go to school.

Being different from my school friends frightened me. I could already see our worlds diverging down two different paths; they were shiny-eyed and skipping through the forest and I had thrown myself face-first into the thorn bushes and was sort of writhing there, not so damaged as to kill myself off entirely but pretty scratched up. Finding myself in love with another woman was a difficult icing on top of the cake of already being a little – how do I put this – already being a little fucked up.

And yet she made me so happy. Every time I looked at her or heard her voice or saw her terribly gothic red-on-black text pop up on AOL instant messanger, my heart went a little funny. She made me smile, she made me feel young and giddy in a way that I hadn’t before and that was so much fun. We did silly teenage things: we studied on a picnic blanket in the park, shopped for and shared a bag of pick ‘n’ mix, chattered and laughed on our house phones until way into the night, ending each call after fifty-five minutes and ringing back because our parents’ phone contracts only charged for calls longer than an hour. I didn’t go to school often, but sometimes her grandparents would take me with them to collect her, and I would laugh at her in her uniform. She looked so sweet. As adults we have a tendency to dismiss young love, to laugh at it, and yet I can say quite honestly that at fifteen I loved her as deeply and ridiculously as I do today.

I would never have admitted to any of that. The best thing in my life was quite secret and truth be told, I half-hoped that I would grow out of her.

‘Lesbian’ was a word that my father shouted out of the car window at schoolgirls wearing rucksacks. It was something ugly, abnormal and wrong. The media seemed to suggest that they sported cropped hair and wore dungarees (WAY before it was trendy), that they hated men and took up too much space in a room. That wasn’t me. I didn’t want it to be me, as desperate as I was to keep this joyous thing in my world.

So I just didn’t talk about it. Not to anyone really. I was in my twenties before my mother found out, and I ‘came out’ to my grandmother by way of my mother tentatively informing her that Amber was pregnant and Kirsty would also be mum. My previous place of work had no idea. Nor Kirsty’s. And some of our real-life friends, our not-on-the-internet friends, were clueless. It’s not that I thought that they would write me off if they knew; it’s just that it felt like such a big thing to announce. After spending the majority of my adolescence as Amber The Problem, I relished those years as a boringly normal human being.

For some reason, I thought that sharing the best thing in my life would change that. I thought that people would judge me negatively. In my head it seemed like such a big deal.

I won’t say that it hasn’t changed a thing, because it has. People recognise us as a couple now, and I can talk lightly and easily (and endlessly) about the fun we have at weekends, about the woman in my life who kisses my babies goodnight every night and is teaching them kindness and craft. My family love her as family now, and they still love me too. A few years ago, my mother told me that my relationship made her sad, that it wasn’t what she wanted for me; that she wanted a man to look after me. These days, she tells me that she is happy because I am happy, that she recognises what a strong unit we make and that we are raising our babies well. It has taken some people some time to adjust but that came from a place of love and we have worked through it together, as best we know how.

These days, I can have twenty ‘coming out’ moments in a day, as my children talk about ‘THIS mummy and THIS mummy’, about Mummy Work and Mummy Stay Home, as the taxi driver asks why I’m working so late and who is looking after my children, as a stranger sees a photo on the internet, as I mention, casually, in Lola’s that the white chocolate cupcake is my partner’s favourite and she’ll kill me if she ever finds out that I’ve bought myself a cupcake and haven’t bought her one too.  I went to an old school reunion and educated my former RE teacher on the logistics of buying donor sperm on the internet; a gaggle of teachers listened, riveted, as I shared the story of my family and how they were made.  But really, they mostly cared whether I still liked to write and whether I really got up and went into work every single day.  I think that was the part of my story that astonished them the most.

And I don’t think that anybody sees me any differently. I wear another label, yes, but it’s no bigger than any of the others and nobody really gives it a second thought. Or if they do, I can’t tell. And there is so much kindness and positivity in my life that these days, when an unwitting stranger does say something negative, I have the confidence to answer back.  I like to think that I educate them, that they will think twice before speaking thoughtlessly in the future, but mostly, I hope that meeting me changes their perception, that the joy on my face and love in my voice makes something that was ugly to them seem beautiful.

I own my life and it is beautiful.

A few days ago, I filmed a little vlog for Channel Mum’s YANA campaign. I wanted other young people not to be afraid, to simply be who they are. The first step is the hardest and it feels like leaping off of a cliff… but that terrifying step is so worthwhile.

I wasted years on fear and denial.  And now I am not even sure why.  The best thing in my life was my biggest secret, and being able to share that?  It is liberating.

If you are reading this and you are afraid, you are hiding yourself too, please let me hold your hand.  And let’s do it together.  There is so much that is wonderful and just around your corner. 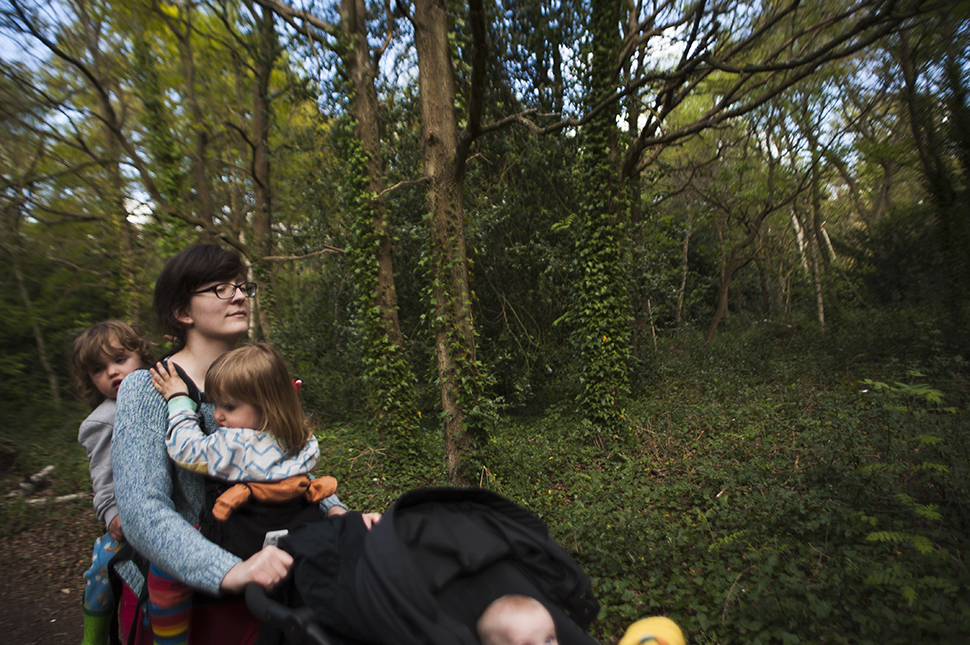 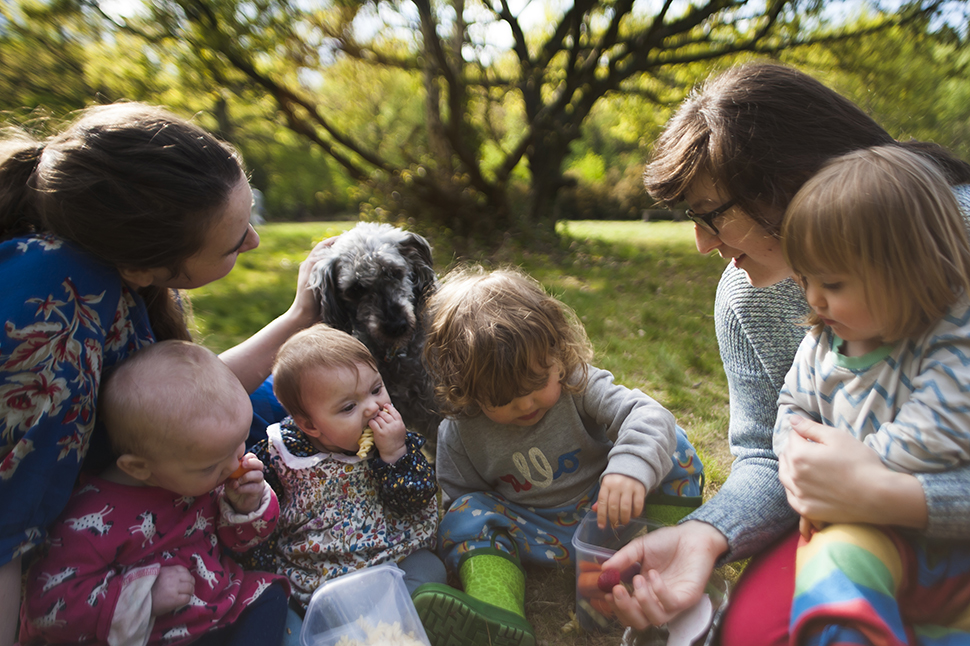 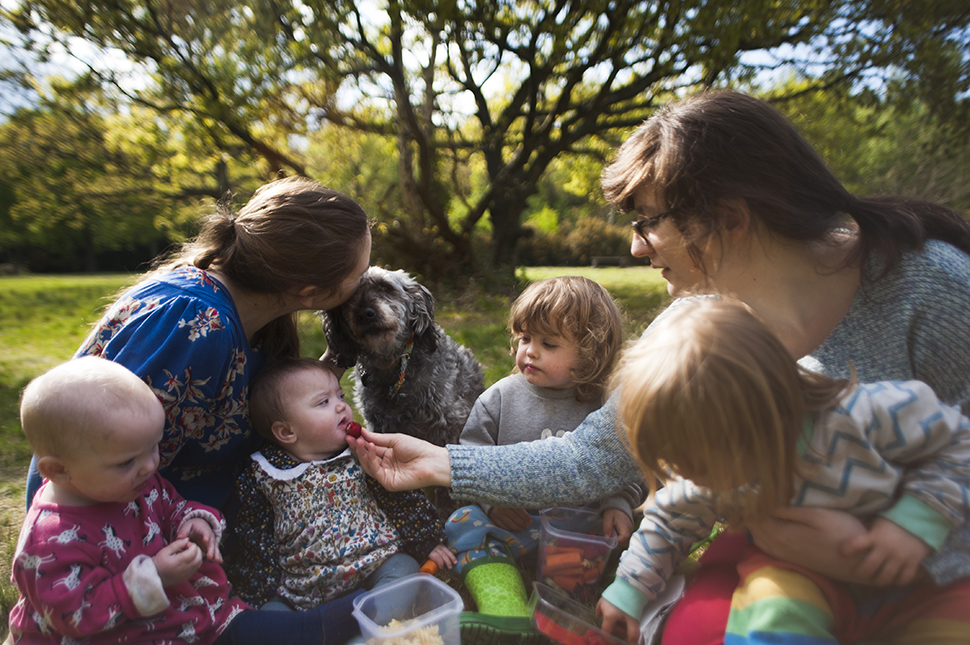 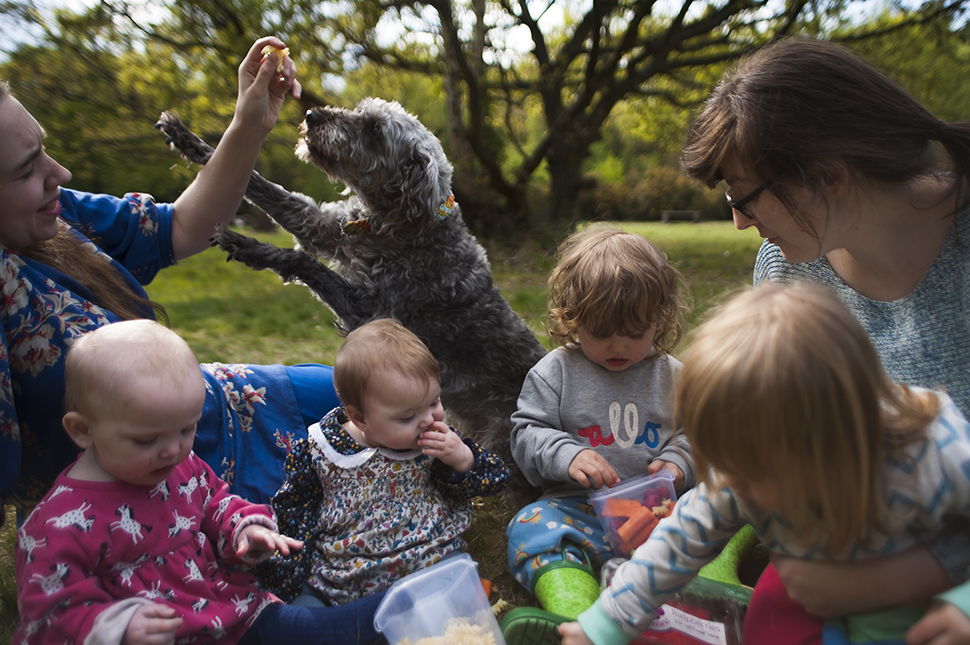 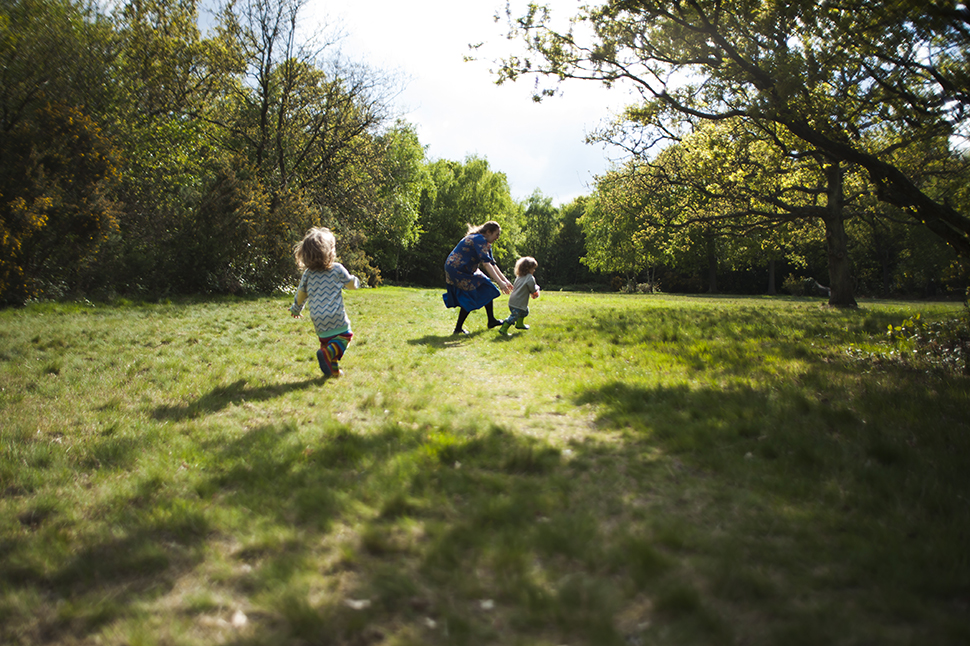 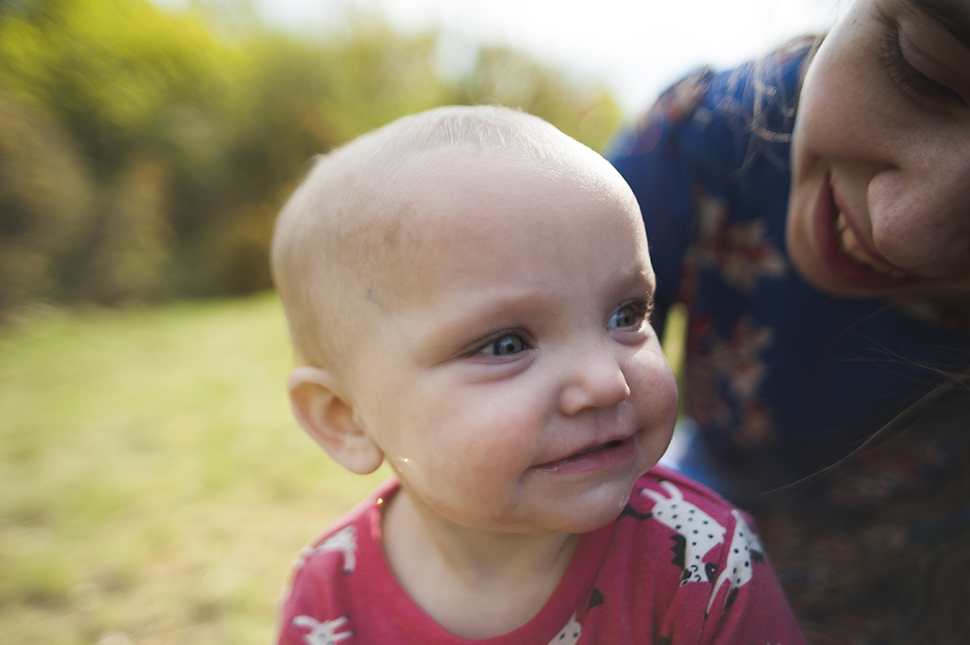 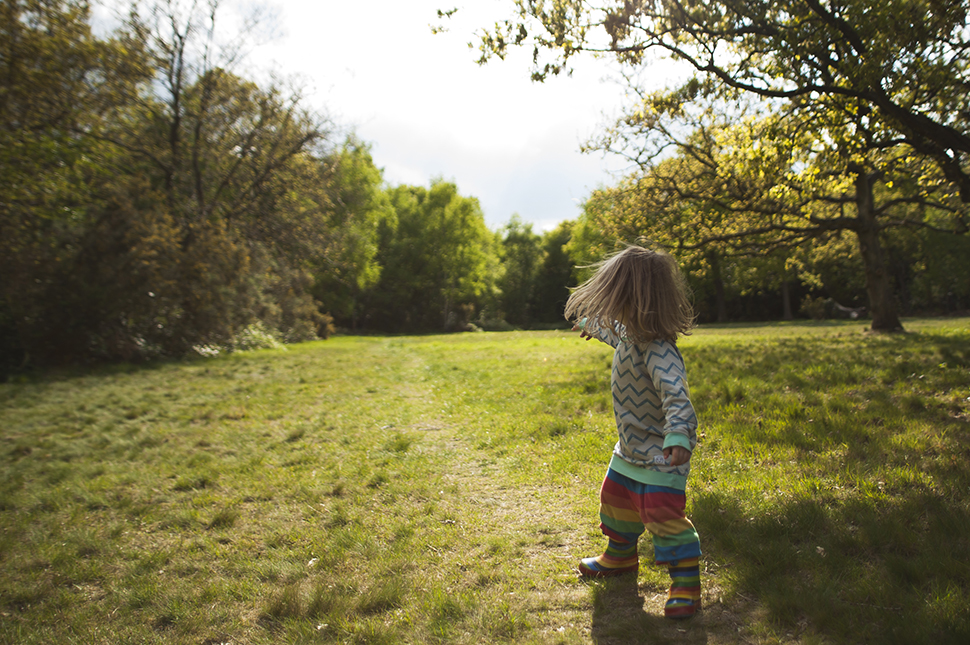 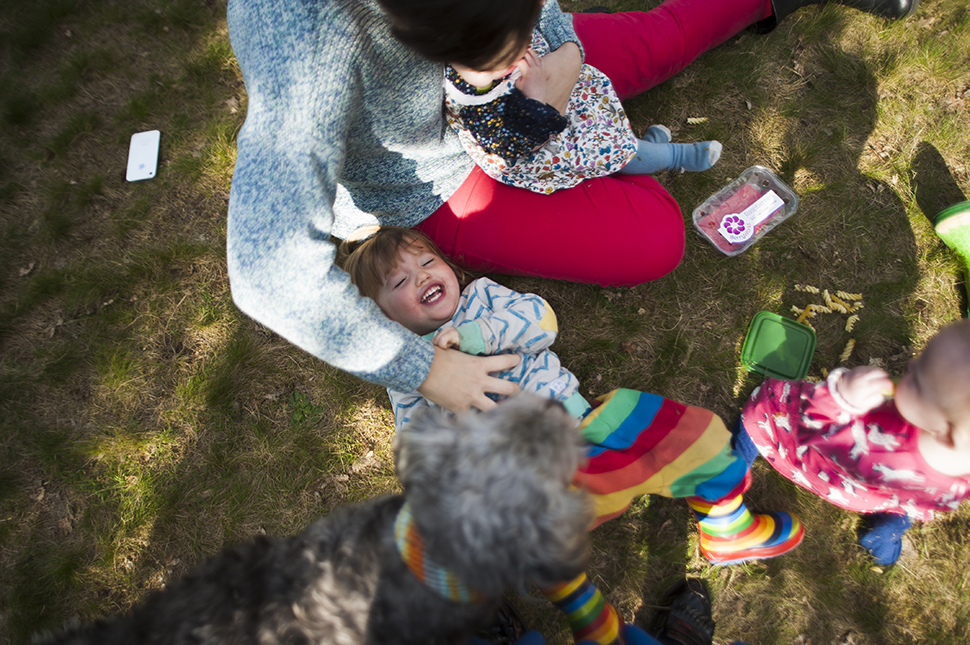 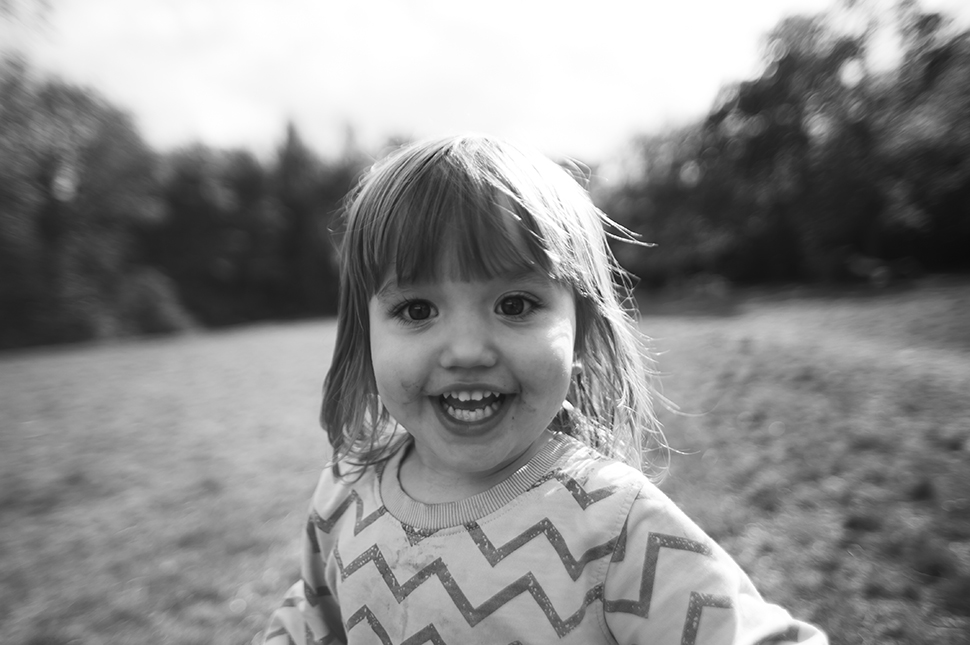 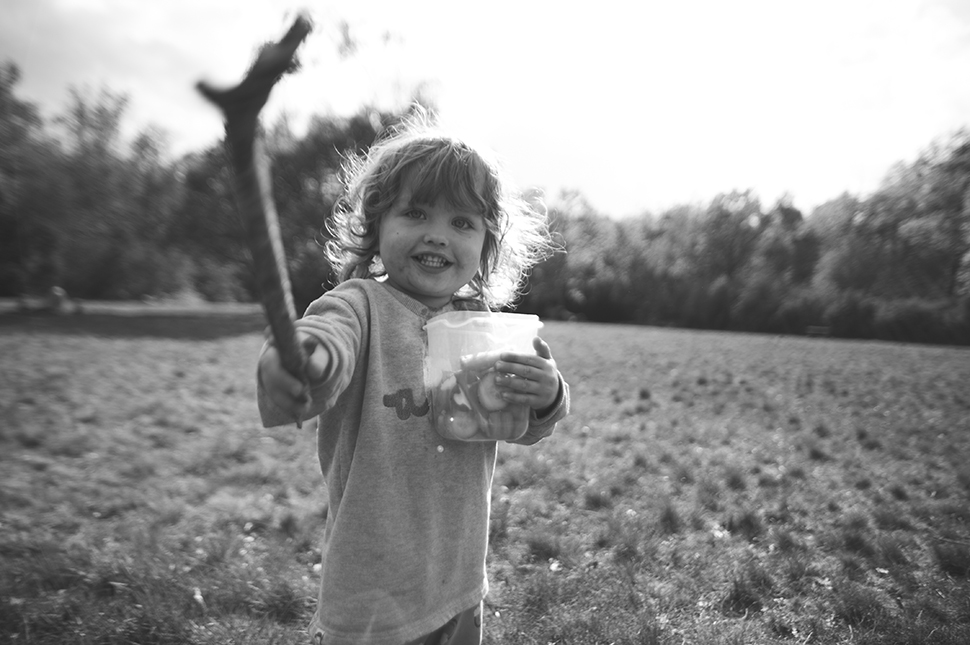 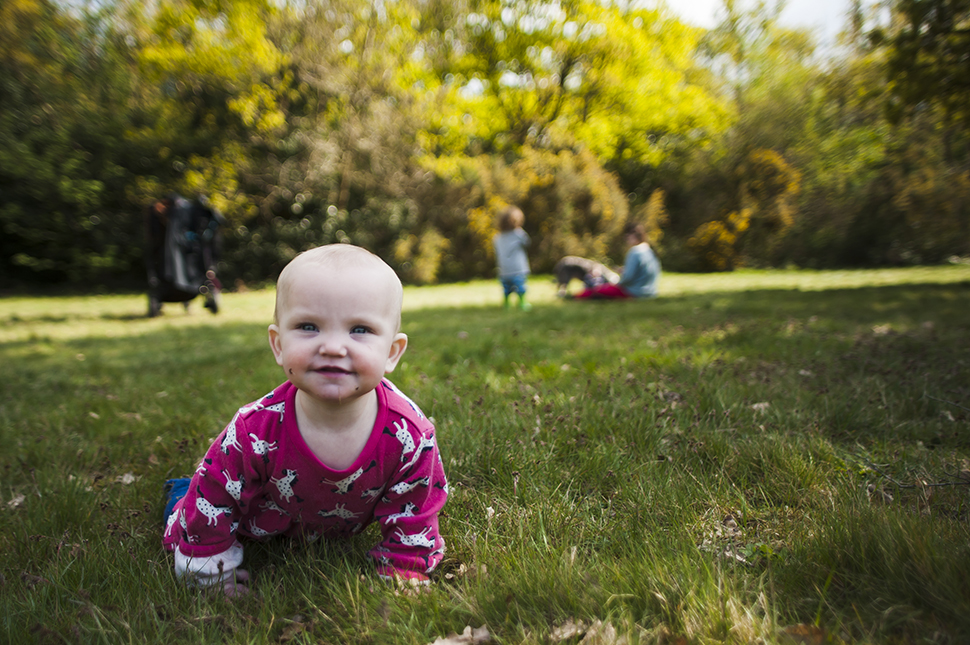 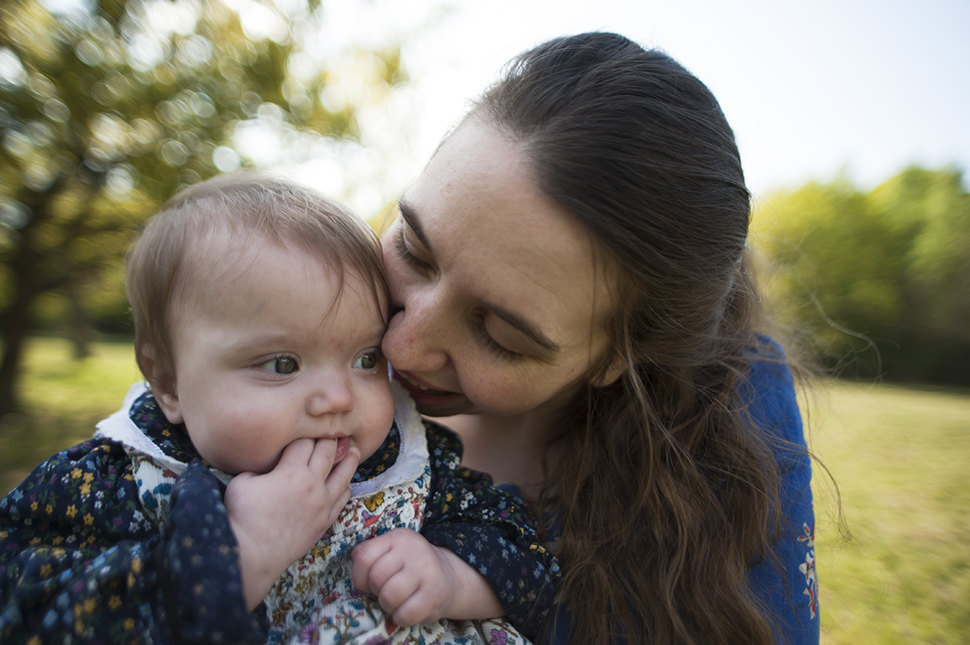 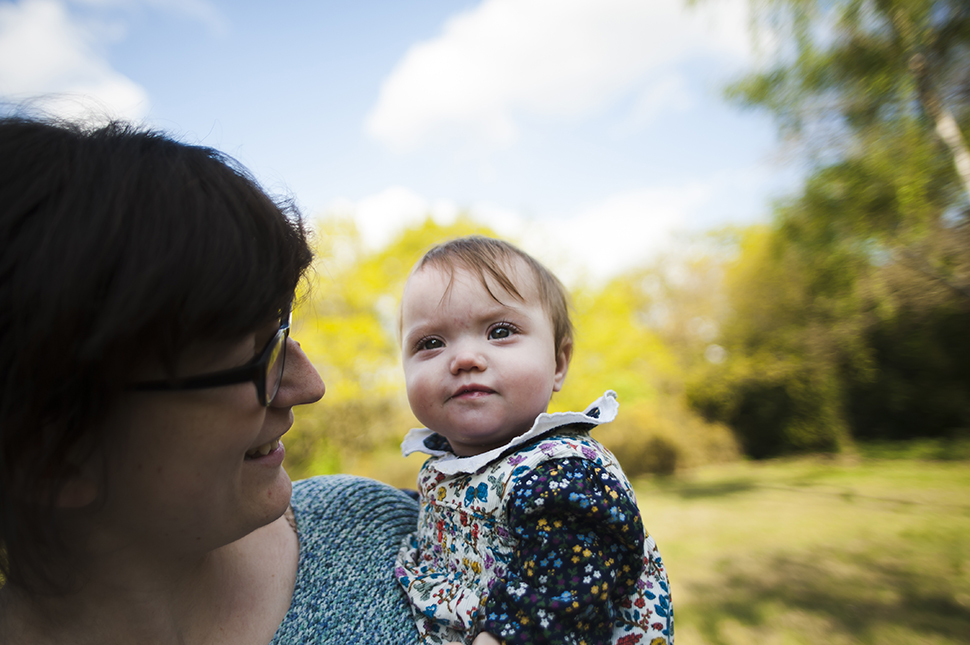 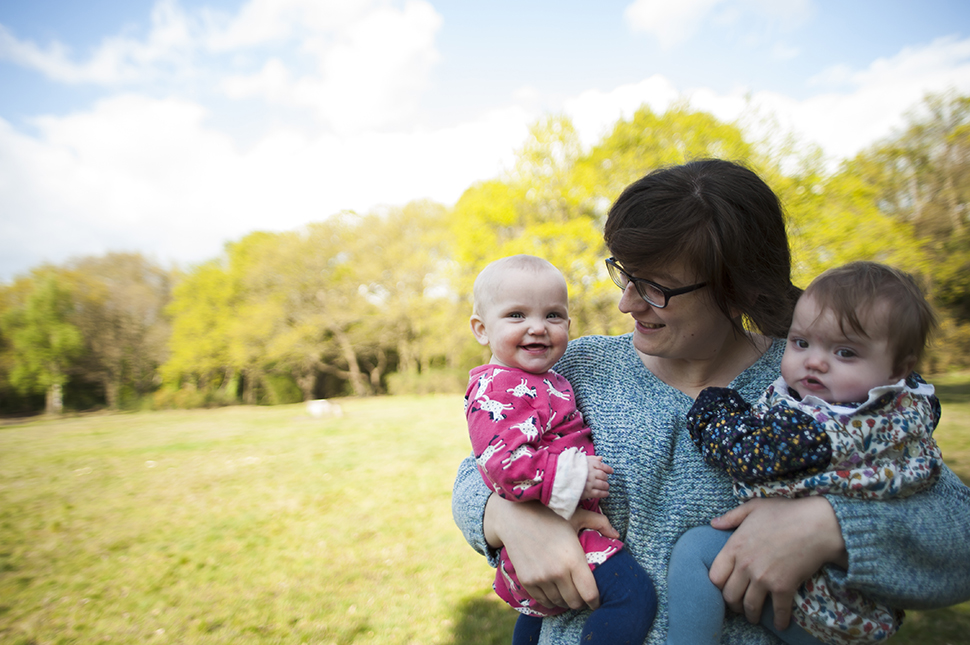 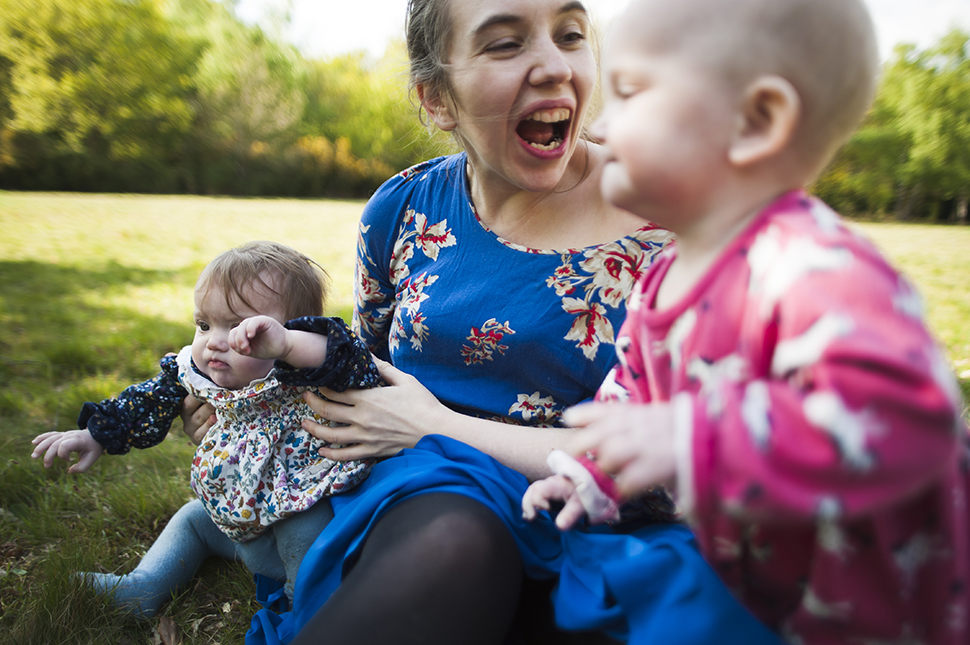 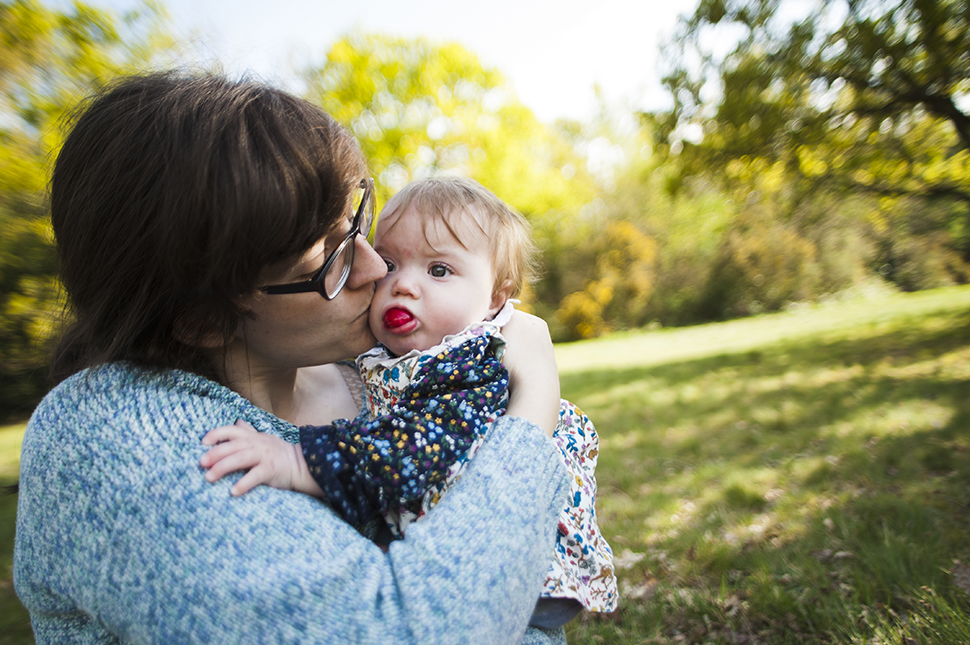 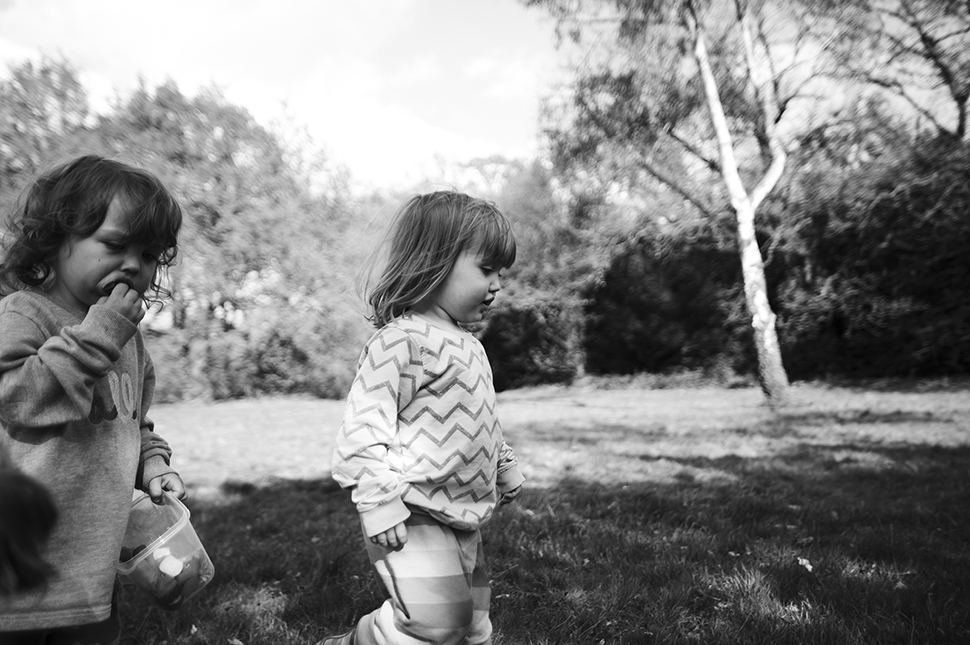 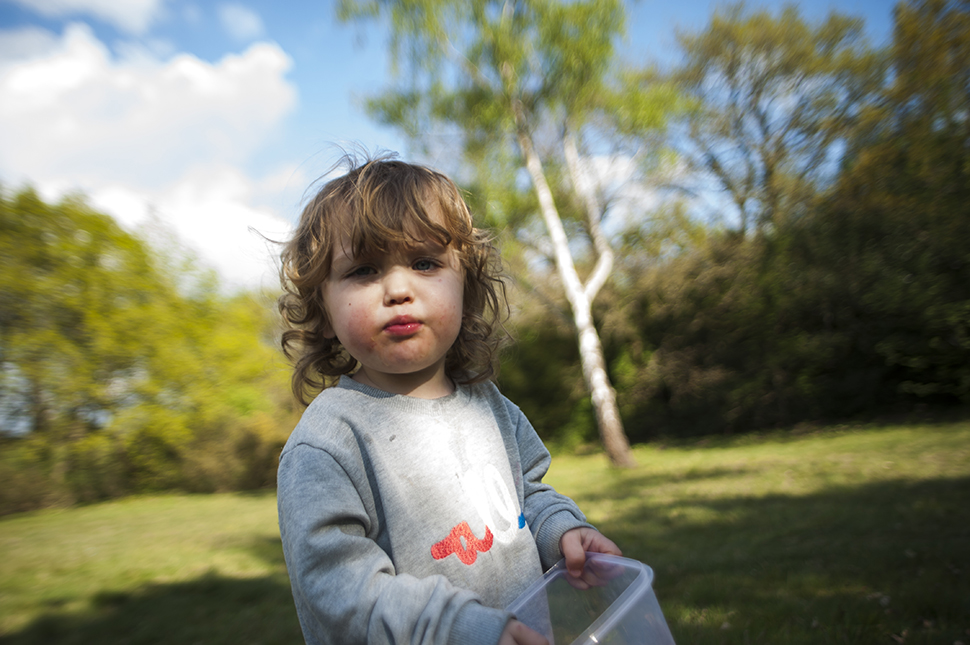 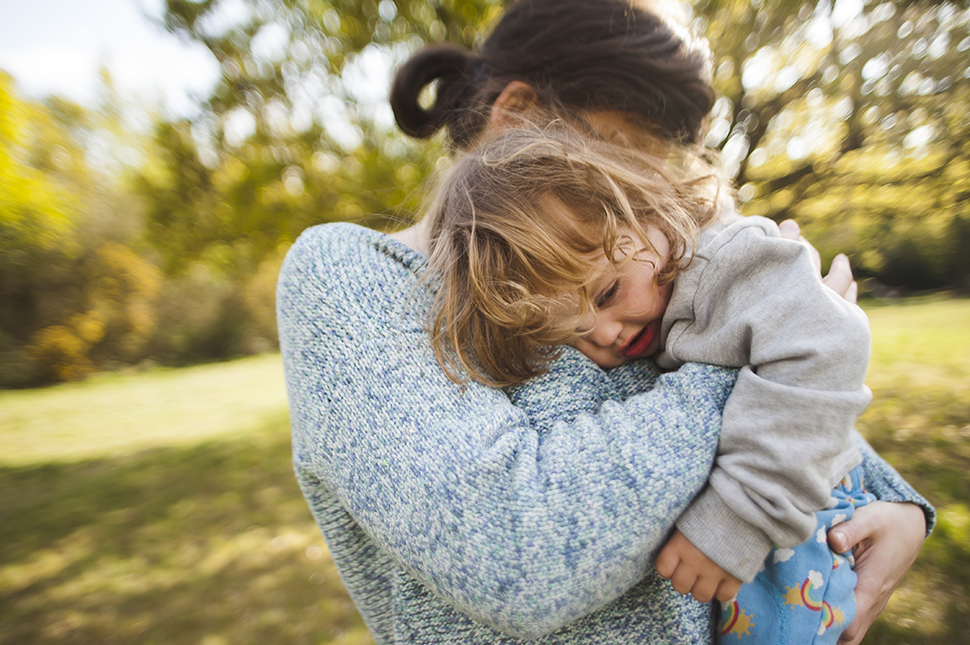 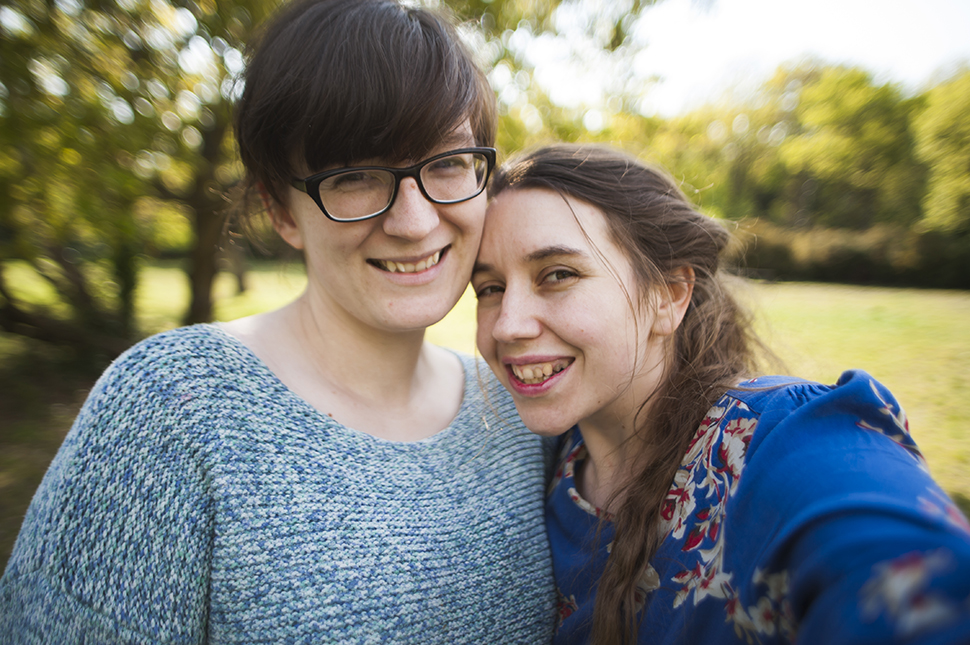 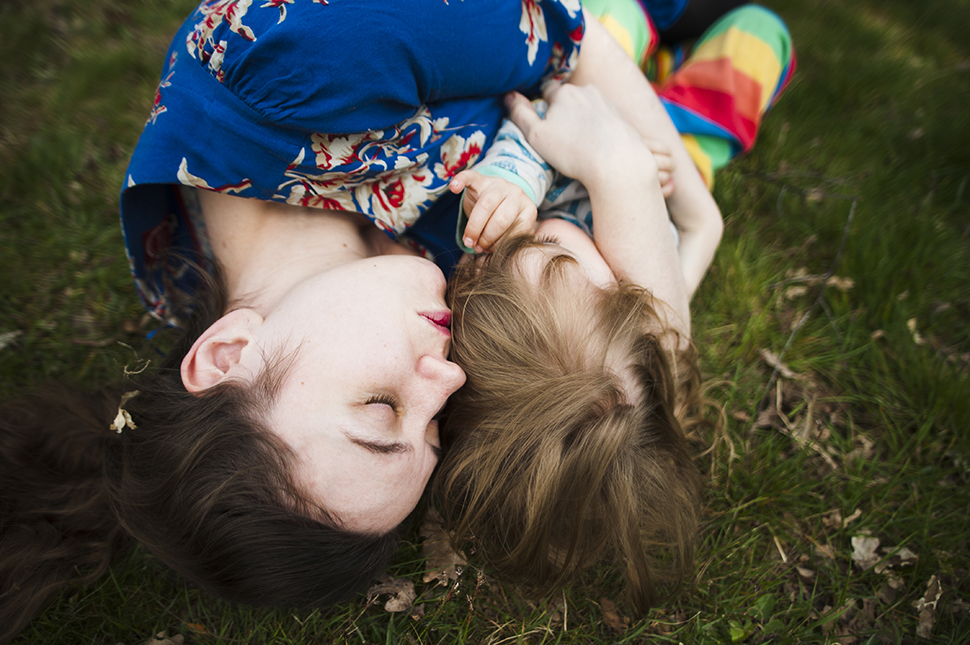 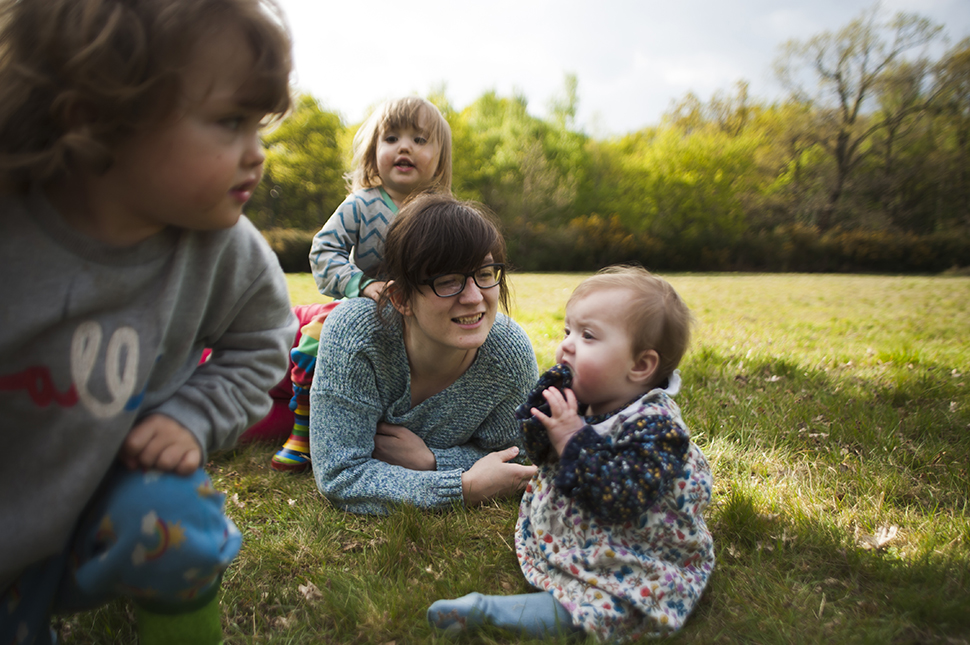 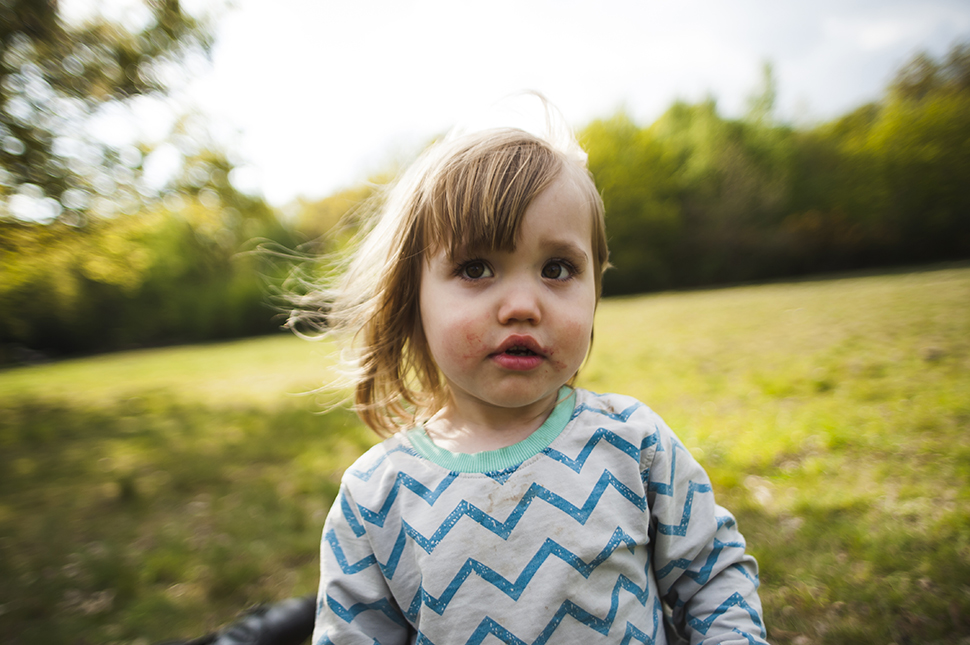 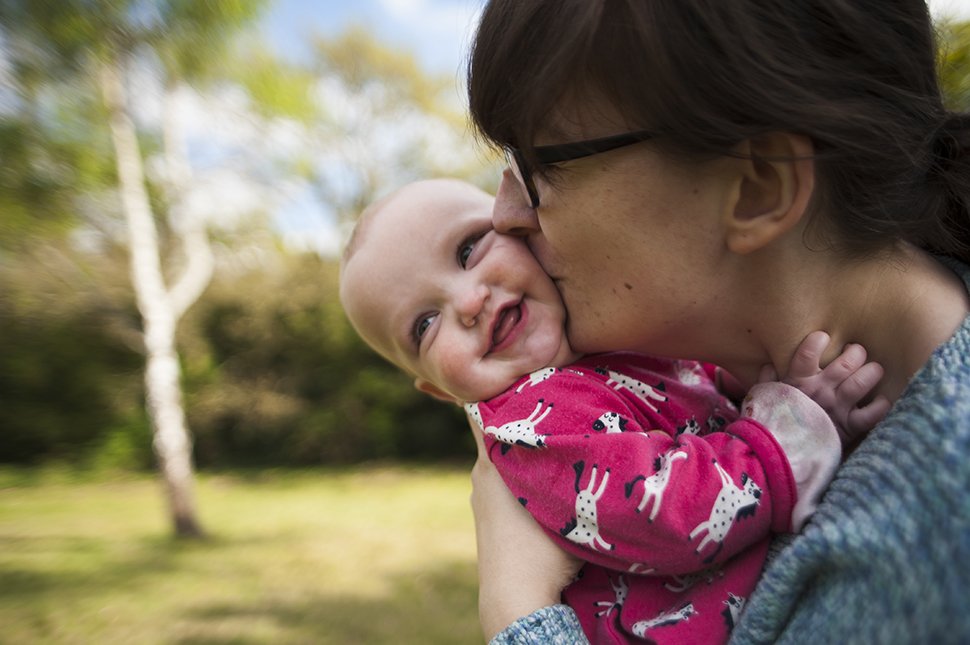 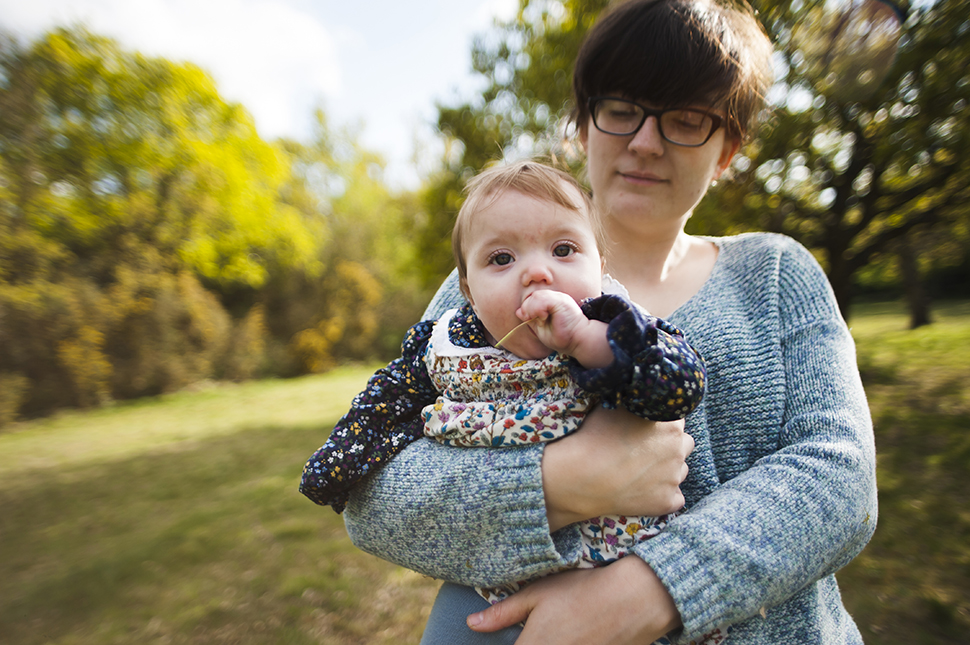 This Is My Perfect Body

A Few Hours in Brighton

Good lord Amber I love you. Kirsty is one lucky lady indeed. xxxx