An Iron Infusion in Pregnancy

Just over a week ago I had an appointment to review my pregnancy and home birth plan with my favourite consultant from King’s. It was a positive and productive meeting. We spoke about my low haemoglobin and when I provided details of the volume of ferrous sulphate that I had been taking for the past few weeks predicted that my haemoglobin should no longer be a concern and my iron should be back within the normal range.

Except it wasn’t. We took bloods to check, just to put my mind at rest, and my haemoglobin had fallen again. The exhaustion of the past few weeks started to make sense.

Nobody ever wants to hear that they are quite seriously amaemic, of course, but at thirty-five weeks pregnant with twins it’s a serious concern. At this level of anaemia the worry is not so much the 3% risk of a post-partum haemorrhage (after all, there’s a 97% chance that it won’t happen at all) but that the normal level of blood loss for a twin birth is dangerous.

I think about losing a litre of blood delivering these little girls and I just can’t imagine it. I can’t think about how tired I would be. I’ve never been more tired than this in my life. My attention span and my memory have never been so poor. I’ve never been so inclined toward fainting. I don’t know how much weight I’ve lost this pregnancy, because of course I’m gaining fluid and child as I lose bodyfat, but I know that today at thirty-six weeks pregnant I weigh the same as I did at twenty-seven weeks. It’s not that I’m concerned about weight gain, it’s just that I don’t have the energy to eat in the evenings – I just go home, take a bath and fall asleep. If Kirsty has made dinner I’ll eat it, but the thought of standing at the stove is exhausting. And likewise with breakfast – how can I possibly motivate myself out of bed to eat breakfast when I could have ten more minutes asleep in it? I feel trapped in a vicious cycle of poor health at a time when I need to be physically strong.

For somebody who wanted a fairly hands-off pregnancy I’ve seen an awful lot of medical personnel. It’s a good thing that I like and trust my medical team!

So we took more blood and my B12 level (low) and ferritin (ridiculous) have been tested. Iron infusions vs. blood transfusions were debated. Ultimately my consultant and the haematologist consulted recommended an iron infusion and so on Friday I took a day off of work to do that.

Before I had my iron infusion I had so many questions about what to expect. My medical team are very patient with me but they only have so much time to divide between a lot of us, so I found myself turning to google in order to try to find out more information about what happens during an iron infusion. And of course, as a blogger, I felt that I had to make a little video of my experience and write up what it was like for me. 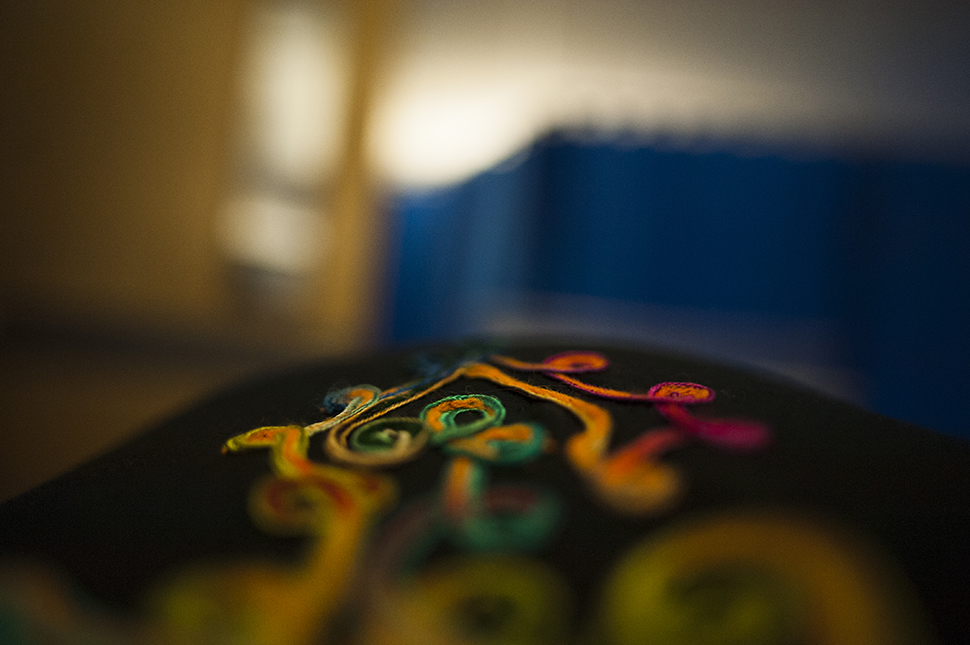 What form of iron infusion did you have?

I had the Ferinject infusion.

It’s a mixture of soluble iron and saline which is given intravenously as a bag of fluid via a cannula, usually somewhere in your hand.

How long did it take?

I was told to expect to need a whole day off of work as the infusion would be given when there was space on the ward. Initially I telephoned at 08.30 when the ward opened and was asked to call back in three hours when they would have a better idea of when there might be a spare bed. I was asked to come in at about 13.00 although the infusion itself was not given until 14.00.

It took a couple of hours for the bag to empty, after which they monitored my temperature and blood pressure and checked on the babies’ heartrates before moving the cannula.

Only a little bit, in that taking any new medication is dangerous. There is a small risk of an allergic reaction and consequent anaphylaxis. I mostly slept through my infusion but on a few occasions I opened my eyes and realised that there was a watchful midwife standing in the doorway making sure that the drip was still running and I was asleep rather than unconscious!

Did you notice any side effects?

As with any medication there is a whole list of potential side effects (do ask your care provider about those before they stick it in you!) but I personally did not notice any.

It always stings a bit when a cannula is inserted. I have found that the midwives always tend to give a warning – “Sharp scratch!” – and then there is a few moments of pain and usually a little blood. My veins are rubbish, the only part of me that it skinny, and it almost always takes more than one attempt to insert a cannula but this time I made sure that I was fully hydrated and quite warm and between that and my fab ‘third trimester veins’ the midwife got it on the first try.

It hurts in a different way when the IV is flushed to check that it is working and in the initial few moments where the infusion is put through. It’s a deep, bone ache rather than a stinging pain and I think possibly because the temperature is a little different to one’s own body – it feels a bit like when you hold your hands in too-cold water.

How do you feel afterward?

Honestly? The same! Iron infusions take about a month to show the full effect and about a week to show any significant difference in the amount of haemoglobin in your blood. If you feel perkier instantaneously then it’s probably psychosomatic – sorry!

I made a little video of the process which you can see below:

So what happens now? Firstly I’ll have a blood test late next week to check whether my haemoglobin has risen. The haemotologist suggested that we should see about one g/l improvement, which is far from ideal but better. Then we might want to do another Ferinject infusion. If the infusion hasn’t worked – and I’m worried that it won’t have because my B12 is quite low, well outside of the normal range – then I will push very hard for a blood transfusion.

In terms of my birth, I’ve been strongly advised not to deliver them at home with my haemoglobin so low. I am hopeful that these little girls will hang on in there until this issue is sorted but in case they don’t, I’m trying to get my head around delivering at our local birth centre. It’s far from ideal – we’re not happy to leave the boys at home and so they’ll either be with us or Kirsty will have to be home with them – but it’s obviously less unideal than bleeding out in my living room. My medical team have been quite laid-back about the other risks of delivering twins at home, particularly now that both have turned and been confirmed cephalic, so their concern about my anaemia combined with my own general lack of energy makes me feel that a home birth might not be safe enough to feel comfortable. Everybody has been very kind and very supportive, acknowledging that it is still my body and my choice, regardless of how they feel about it.

I’m still hopeful that we can fix this issue before they decide to be born though, or that they’ll surprise me with a twenty-minute labour and take the decision out of my hands (and that the birth is easy, not especially bloody and that we are all fine afterward)!

[…] week I had an iron infusion in preparation for the birth, and I made a little vlog of it as well. I think it must be working as […]

Oh gorgeous lady, you must be completely exhausted at the moment. I really hope that you are feeling better now the iron infusion is done. I also hope that your medical team (who sound brilliant. It makes such a difference when you have a team you trust) can sort this all out so that you can have you preferred home birth. I had a post-partum hemorrhage after Little Miss H was born and was horrified at how exhausted I was and how much iron I had to take. I’m hoping that we both have wonderful labours that are as blood loss free as they can be. Hugs Lucy xxxx