Home Twins Me and Mine in November 2015
Twins

This month (today in fact) the twins turned thirteen months old. They’re not really speaking much yet but their walking has taken off immensely and suddenly they’re just as likely to toddle off down the hallway on their own two feet as they are to crawl it. They enjoy throwing and, much to our dismay, their aim is becoming rather good! Balthazar likes to give himself a round of applause whenever he feels that he has accomplished something significant, or when he hears somebody say ‘Yay’! Lysander has taught himself to say ‘bye’, and both babies wave me off at the train station every morning without prompting (to be honest, they often start waving a good five minutes before I’m due to leave, when we’re still walking down the hill). 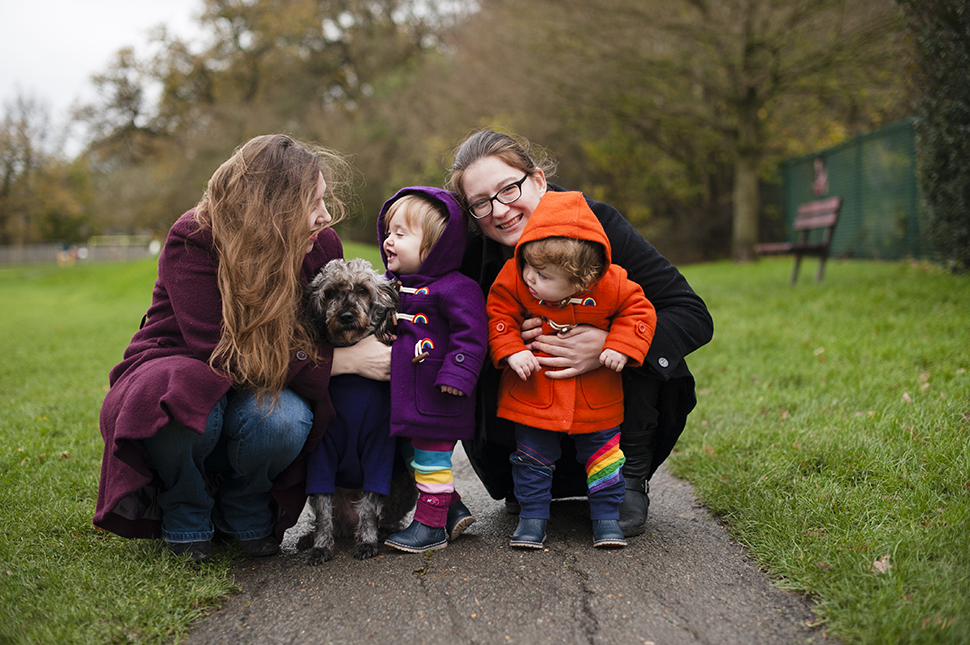 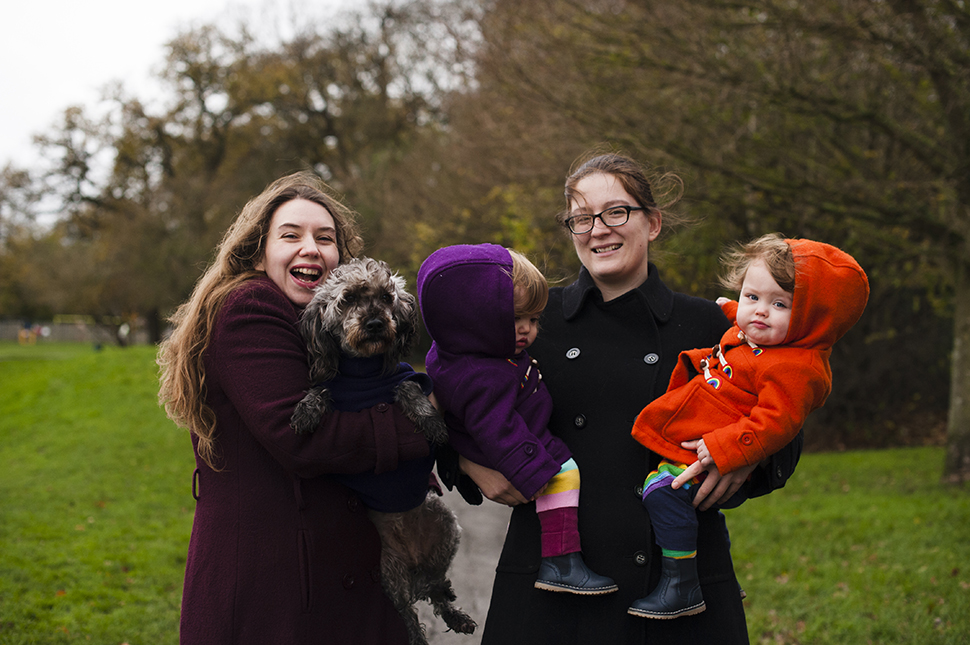 Both twins have mastered demanding cuddles, holding out their arms to us whenever we walk past. Lysander in particular has begun to favour Kirsty. I am the working mum and I’ve found that it takes me the whole weekend to convince him that I’m just as much fun for cuddles and games as she is, then by the time that he’s started to enjoy my company it’s Monday morning and I barely see them until Friday night! I’ve been finding that quite difficult, but I suppose that it’s just one of those things that you have to come to terms with if you’re in the office most of your children’s waking lives and your partner is at home being supermum (really, she is). On the other hand Balthazar seems to think that I’m the bestest, most hilarious person ever at the moment and is always game for soothing my ruffled feathers by attaching himself to my ankles and laughing up at me – although if he gets injured, which he often does as newly-mobile toddlers are so clumsy, all bets are off and he just wants his mum (the one that isn’t me)! 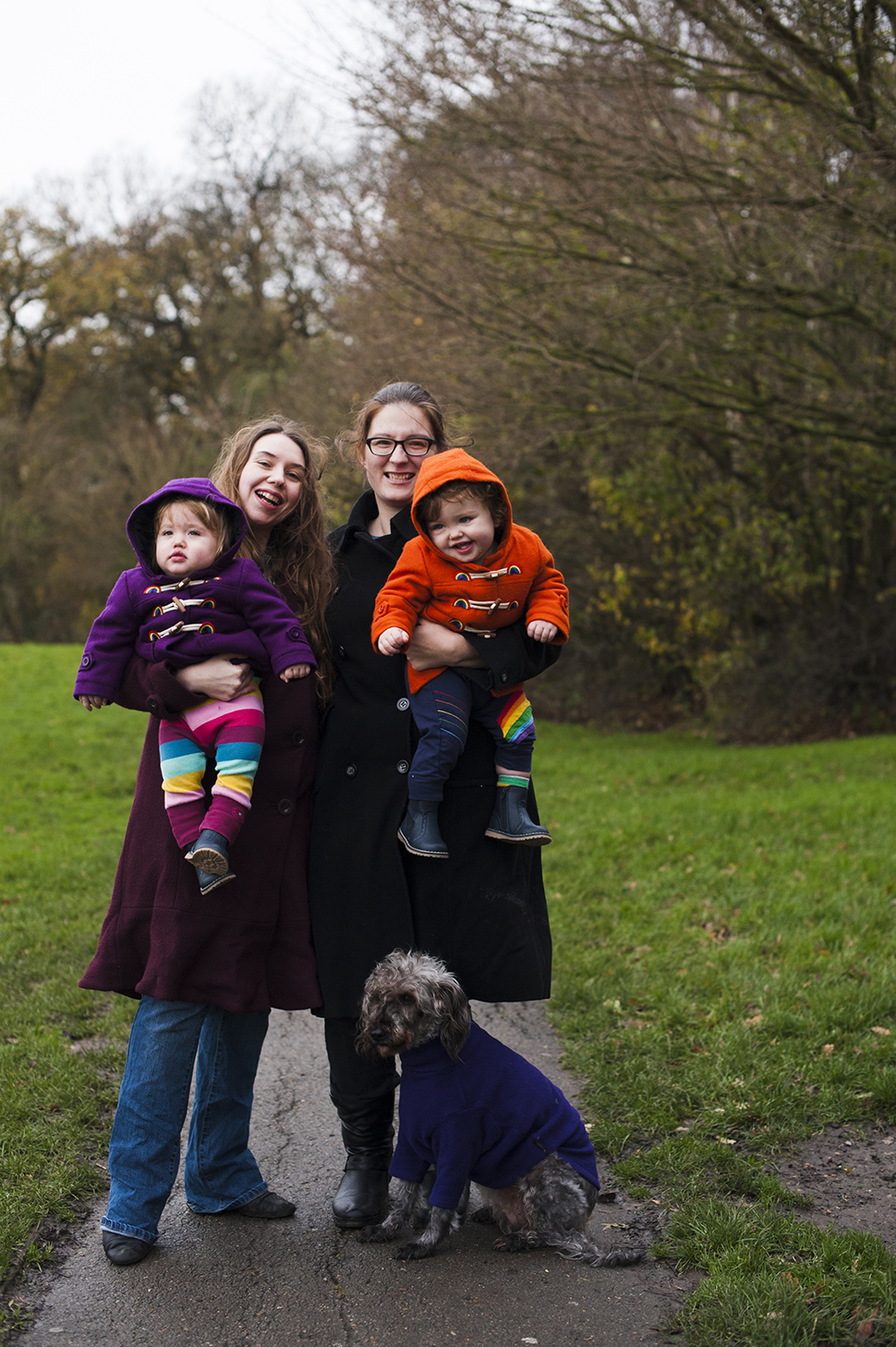 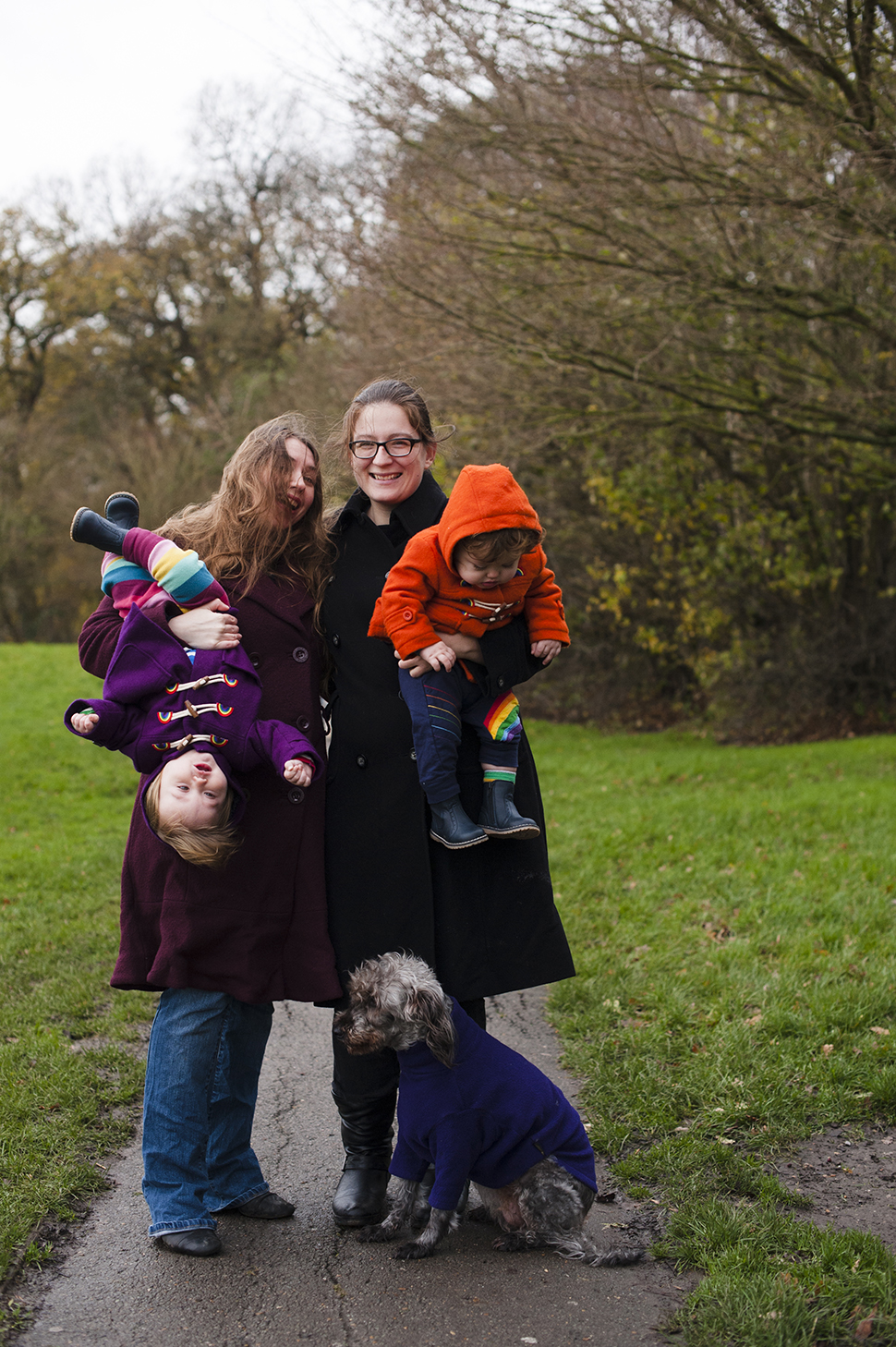 The difference in their personalities is quite interesting at this age. Most noticably Balthazar is a tiny daredevil – his favourite game at the moment is for me to stuff him into one of my canvas bags and swing him, not gently either but properly in the air with all of my strength! I do it over the bed just in case and he thinks it’s hilarious when he topples out on the pillows. We tried this with Lysander because it felt mean to make him miss out just in case he didn’t like it, although I thought it rather likely that he’d be appalled, and quite rightly he was. He’s warmed up to being very gently swung now and he loves it when Kirsty bounces him in her arms, but isn’t nearly so amused when I pretend to drop him which is a game that Balthazar loves. Balthazar also loves climbing ladders (preferably higher than our heads), being squished in cardboard boxes, and being dangled by his ankles, none of which best amuse our Sander.

Until recently we hadn’t bothered much with playdates – after all, they have each other for socialisation. Kirsty’s been making an effort this month to get the twins out and about a bit more, and we’ve had some fab playdates with local neighbours who have boys around the same age as ours. It’s such fun to discover potential new friends almost literally on our doorstep and the children all seem to get along really well too.

This month I found out that my job is being made redundant, so I’ve been searching for something new and not particularly enjoying the process. It’s tough to be job-hunting just before Christmas as I think that most companies have decided to shelf recruiting until the new year. I’ve been feeling quite stressed and anxious about the hunt, so apologies for being quite quiet on the blog – sending out my CV ad nauseum and chatting to recruiters has been taking up most of my time! We haven’t really gone anywhere or done much as I’ve been trying to save money, but have enjoyed lots of quiet days indoors and re-watching Grey’s Anatomy, which is my comfort TV of choice.

Kirsty has taken advantage of the quiet month to take up knitting again. She crocheted a beautiful blanket which you can see in this month’s Siblings Project pictures and is now working on some hats.

Josephine-dog always looks so sorry for herself in these pictures, but actually she just doesn’t like sitting still in the cold and she’s never sure where to focus when I’m in the picture too but trying to get her to look toward the camera!

All in all a mixed bag for this month. I’m hoping for a shiny new job just in time for Christmas.  I just realised that this is month is my one-year anniversary of first starting Me and Mine – you can see our first ever attempt with one-week-old twins from this time last year.  They have grown and changed so much in this past year and so, I think, have we.

What the Twins Wore For: The Christmas Card (Little Green Radicals)

A Mini Art Gallery with Photobox

Good luck with the job hunt Amber, I’ll be keeping everything crossed you have something so you can really enjoy Christmas! Your photos just never fail to make me smile, how quickly has that time gone?! Look at your beautiful family now, the boys are so grown up and I just love those little duffle coats, gorgeous photos xx #meandmine

Good luck with the job hunt! We’ve been there with husband and it’s horrible but I’m sure something will turn up very soon and it is usually something much better than before. Gorgeous photos! Love Josephine’s jumper!

These are gorgeous – happiness always seems to shine through your photos! Wishing you all the luck in the world with your job hunt – fingers crossed that you’ll find something before the end of the year. xx

Good luck job hunting, the bloke is in a similar position again this month.

I am sorry to hear about your job situation, I have everything crossed that something amazing comes up soon for you!
Your babies are always so impeccably dressed, and doggy too! So sweet. Wishing you a wonderful December xx

I love these photos, so lovely. And the boys coats are gorgeous! Good luck with the job hunt x

Oh shit, sorry to hear that, that really sucks 🙁 The job market picks up usually after New Years once people come back from holidays and new budgets and new quarters are coming. Good luck! I hope you find something soon, I can imagine it is a very stressful time as you are the breadwinner.

Gorgeous pictures as ever!

I started watching Greys on maternity leave wit W and got to season 5 before he was born then never watched it again. A few weeks back I suddenly had this urge to watch it and now I’m finishing season 8. So weird it must be my pregnancy addiction! I’m sorry to hear about your job but I’m sure something amazing is on the horizon. Beautiful pics of the cutest boy twins around! xx

Love your photos, it so interesting to hear how the boys are so different. I hope the job search goes well and you find something soon x

[…] with Cololo even if you don’t know it – they are the brand behind our fantastic colourful duffle coats with the rainbow toggles. I bought them when I was pregnant with the twins and we also have more […]